Back in the ancient days of gaming and repeated in Skyrim’s Draugr your enemies started out simple, a simple zombie or leever becoming a Infected Death Lord Zombie of Fiery Devastation.  Another way to look at is a supervillain origin story where exposure to something that should have killed them instead grants them powers beyond mere mortals.  There may have also been a dozen decent SciFi novels written about the topic (well, probably more like a gross) … however you look at it, computer worms are mutating!

It seems that systems infected with a worm are being hit by certain viruses which inadvertently infect the worm, creating malware with twice the command and control servers, twice the backdoors and twice the methods to spread its self.  The Register cites a specific example of the Rimecud worm which steals passwords becoming infected by Virtob which creates a backdoor on a system.  At this moment BitDefender has found that 0.4% of the infected systems they detected had an infected worm present, a number you can expect to grow.

Be careful out there!

The monster malware spreads quicker than before, screws up systems worse than ever, and exposes private data in a way not even envisioned by the original virus writers.

A study by antivirus outfit BitDefender found 40,000 such "Frankenmalware samples" in a study of 10 million infected files in early January, or 0.4 per cent of malware strains sampled. These cybercrime chimeras pose a greater risk to infected users than standard malware, the Romanian antivirus firm warns." 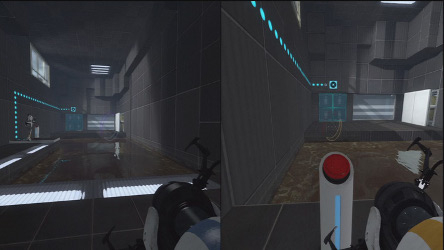 Time for a second Portal meme to spread