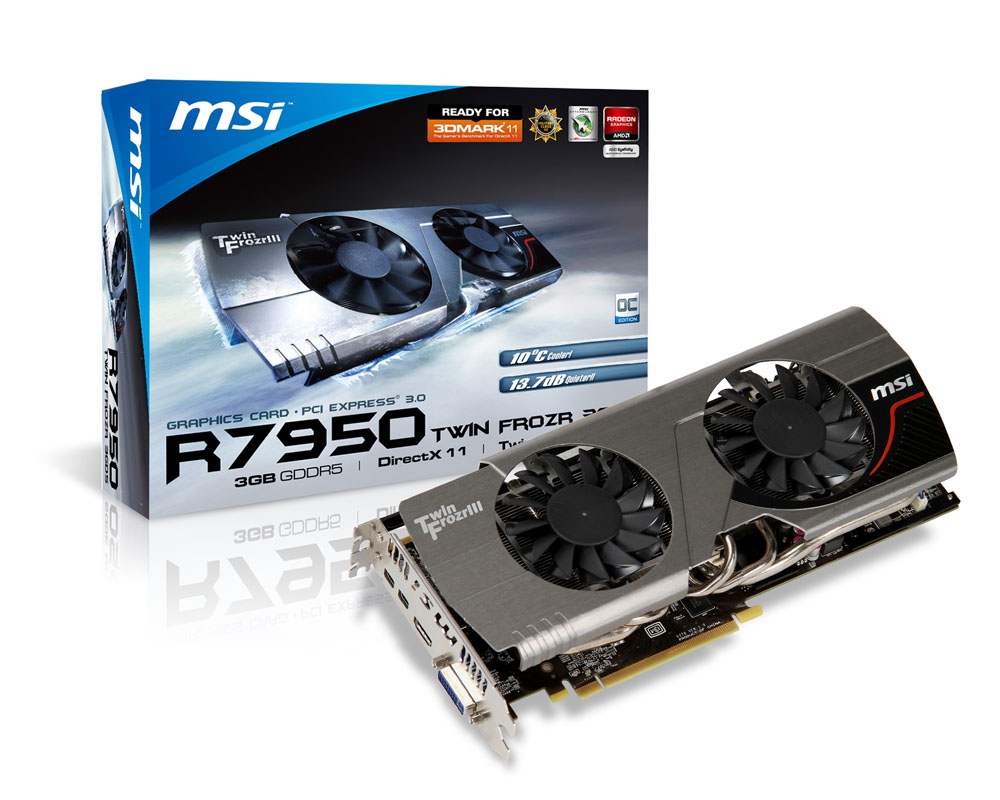 Further specifications include 3 GB of GDDR5 memory on a 384 bit bus, a core clock speed of 880 MHz, and memory clock of 5,200 MHz (effective, 1,300 MHz base). The card itself measures 261mm x 111mm x 38mm, (just under 10.3") which means that it should fit comfortably inside most Mid Tower (or larger) cases. While the 80 MHz increase in GPU clock speed over the reference design is not saying much, the cards themselves should have plenty of overclocking headroom beyond what MSI does at the factory. In our review of the AMD Radeon HD 7950 graphics card with reference cooler we achieved a nice 1050 MHz clock speed, and the "Supa-pipe" (as Josh likes to say) powered Twin Frozr III 7950 cards should be able to go even further beyond that, specific GPU permitting of course.

In addition to the new Twin Frozr III cooler powered cards, MSI is releasing a version of the Radeon 7950 with a reference design cooler and another Radeon 7970 card with a reference cooler to provide gamers with plenty of alternative options. Unfortunately, there is no word (yet) on pricing or availability.  The Twin Frozr III version of the 7950 sure looks a lot cooler, so it will be interesting to see if it actually keeps the GPU cooler (heh).