You probably saw Scott’s coverage of the unveiling of the new Z77 chipset based motherboards from Gigabyte which will support Intel’s soon to be released Ivy Bridge family of processors.  This spells a return to LGA 1155, though don’t expect your old Sandy Bridge processor to be able to take advantage of all the features of this new high end chipset.

MSI has two brand new boards they are showing off at CES 2012, the Z77A-GD80 and the Z77A-GD65.   The first will be their new flagship motherboard and will feature new versions of ClickBIOS, their UEFI implementation and Multi-BIOS overclocking helper which will allow you to save profiles and recover from BIOS corruption.  The board will continue their tradition of PCIe 3.0 compliance with three 16x slots and it will have four dual dual channel DIMM slots that can accept up to DDR3-2667.  They’ve also included four USB 3.0 and four SATA 6Gbps ports for your storage needs.

The Z77A-G65 below sports the same overall features as the GD80 with some changes to the PCB.  Looking to the top of the board you can see the GD65 lacks a heatsink at the very top edge but you can still see that MSI has used Military Class III components on the motherboard and the always on USB charging port. 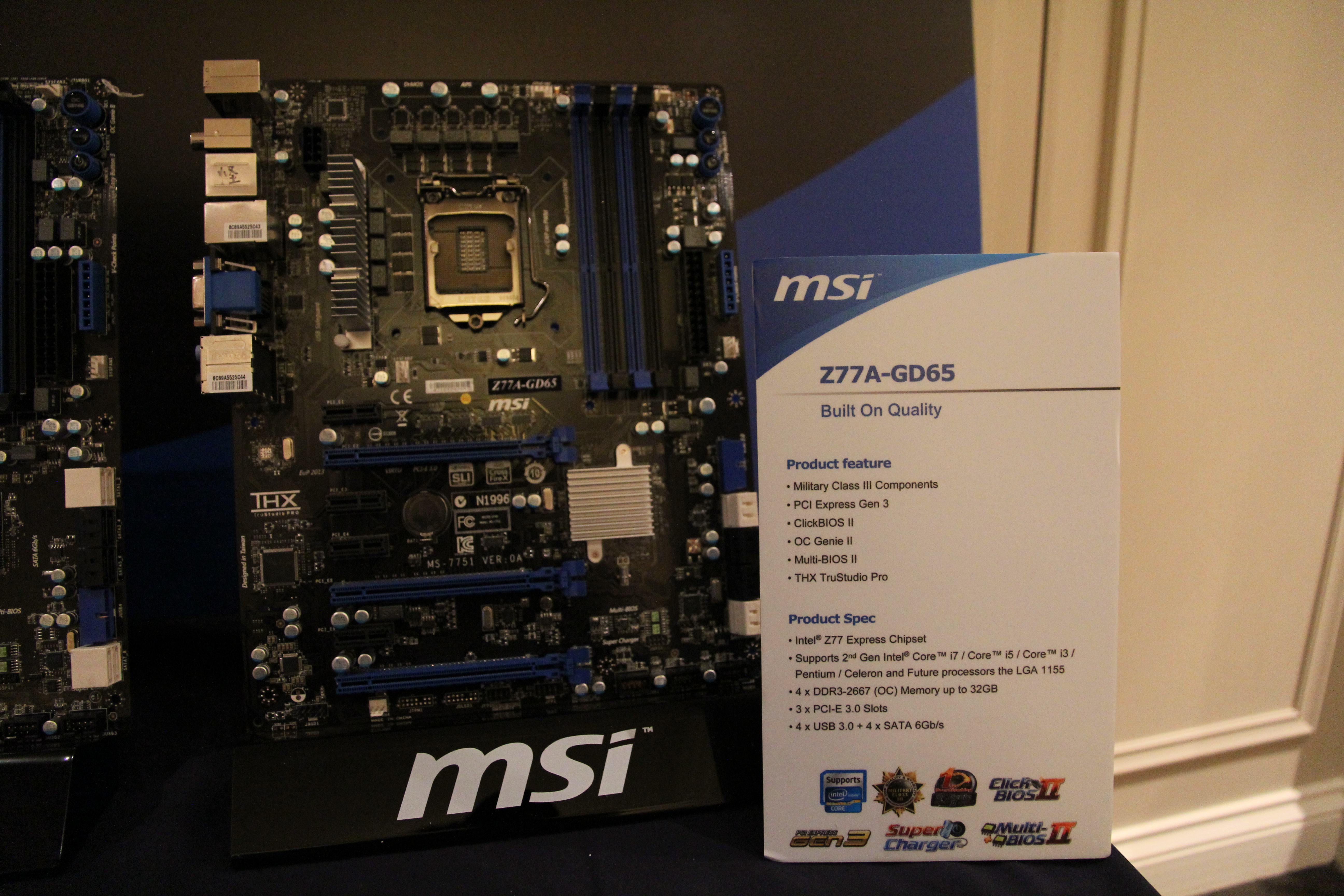 *update*  The missing link has been found that seperates the GD80 from the GD65 and that difference is none other than Thunderbolt.  The Z77A-GA80 has Thunderbolt support, the new interface which allows an external peice of hardware direct access to the PCIe bus and will allow transfer speeds of up to 10Gbps. That speed allows the use of devices like MSI’s GUS II, an external video card enclosure that comes with an expensive and sometimes hard to find Thunderbolt cable.  That interface is not limited to GPUs, it will be interesting to see what use enthusiasts who purchase the Z77A-GD80 will put Thunderbolt to.