We have the first review of the new AMD Radeon HD 7700-series of cards – stop in and see if we have next great mainstream GPU on our hands!!

When AMD first started to talk to me about the upcoming Southern Islands GPUs they tried to warn me.  Really they did.  "Be prepared for just an onslaught of card releases for 2012," I was told.  In much the same strategy the company took with the HD 6000 series of cards, the new Radeon HD 7000 cards have been trickling out, part by part, so as to make sure the name "AMD" and the brand "Radeon" are showing up as often as possible in your news feeds and on my keyboard.  In late December we wrote our review of the Radeon HD 7970 3GB flagship card and then followed that up in January with a review of the Radeon HD 7950.  In those briefings were told in a general way about Cape Verde, the Radeon HD 7700 series, and Pitcairn, the Radeon HD 7800 series, but without the details of performance, specifications or release dates.  We have the answer for one more of these families now: Cape Verde.

Cape Verde is the smallest of the Southern Islands dies and falls into the sub-$175 graphics market depending on card vendors’ pricing and overclocking settings.  The real question we all wanted to know is what performance levels these new cards were going to offer and if they could be the TRUE successor to popular Radeon HD 5770.  While the answer will take pages and pages of details to cement into place, I can say that while an impressive card, I wasn’t as excited as I had wanted to be.

But I am getting ahead of myself…  Check out our video review right here and then keep reading on for the full evaluation!!

AMD Cape Verde – the smallest of the Southern Islands

GPU companies like to brag when they are on top – you’ll see that as a recurring theme in our story today.  One such case is the success of the Radeon HD 5770 that mentioned above – it still today sits on the throne of the most adopted DX11 capable GPU on the Steam Hardware Survey, one of our best places for information on the general PC gamer. 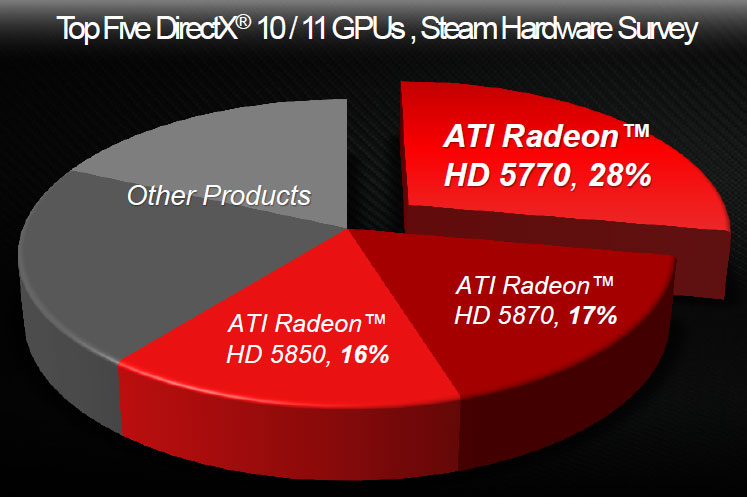 While the inclusion of it, as well as the Radeon HD 5870 and HD 5850, on this list are great for AMD a couple of years ago, the lack of a 6000-series card here shows us that users need another reason to upgrade; another card that is mass market enough (ala under $200) and offers performance advantages that really push gamers to spend that extra cheddar.

Bring in the Cape Verde GPU… 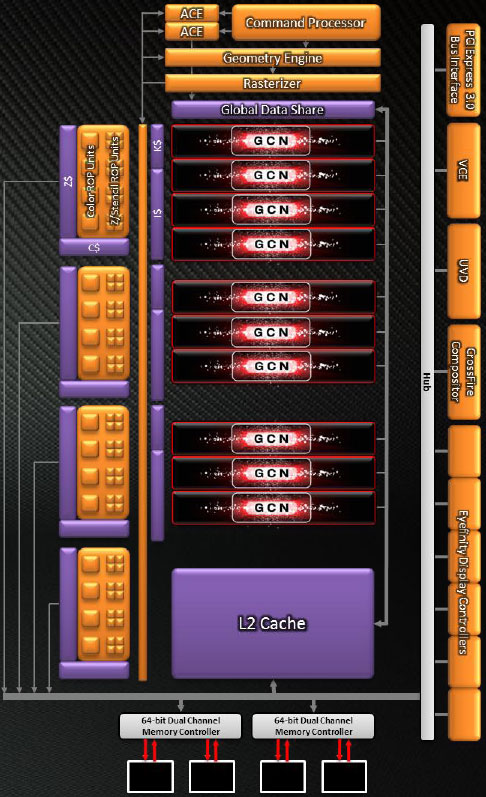 This diagram shows us the general technology behind the Cape Verde GPU, based on the Graphics Core Next architecture that the Radeon HD 7970 (Tahiti) though obviously with quite a few less processing units.  The full version of this GPU will be found in the Radeon HD 7770 and includes 10 CUs (Compute Units) and 640 stream processors.  Compared to the ~$549 HD 7970 that includes 2,048 of those same SPs, the HD 7770 is operating at about 31% of the base processing power of its biggest brother. 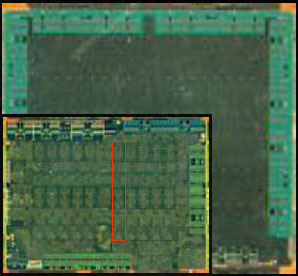 Cape Verde differs in other ways as well including a lack of a dual geometry engine and rasterizer combo simply because it doesn’t have the processor power to require it.  There are 40 texture units here (compared with 128 on Tahiti) and 16 ROPs (compared with 32 on Tahiti).  We are looking at a new memory controller configuration as well running on a 128-bit controller using GDDR5 memory running at 1.125 GHz for a grand total of 72 GB/s of memory bandwidth.  The Tahiti GPU has thrice the bus width (384-bit) and a total memory BW capability of 264 GB/s – and that difference may prove to be the most important for Cape Verde.

While Tahiti as based on a very large GPU (378 mm2) and 4.5 billion transistors, Cape Verde is a much smaller part (123 mm2) built on 1.5 billion transistors.  AMD is still the only GPU vendor to utilize the 28nm process technology in a consumer graphics card so they are definitely seeing the advantages (and growing pains) of being first out the gate.  The power consumption numbers presented by AMD here are very impressive if they hold up – seeing the performance we will show you on the following pages with under 80 watts of power should definitely put pressure on the power hungry designs of NVIDIA’s GeForce line. 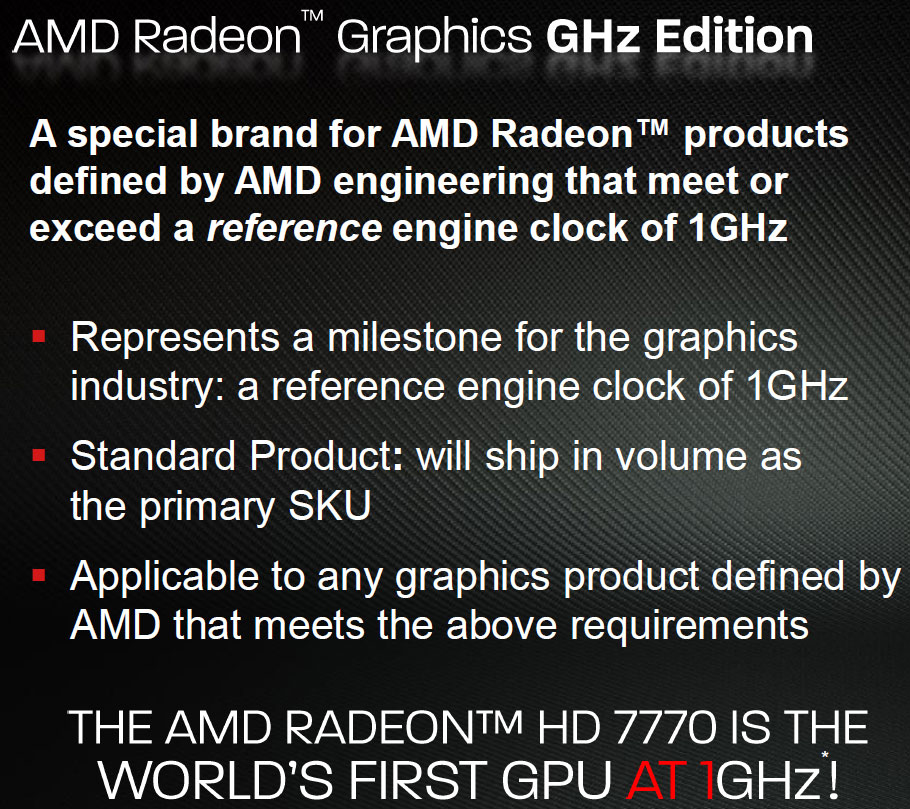 Speaking of clock speed, AMD is taking a trick out of a very old book and technically calling Cape Verde XT the "Radeon HD 7770 GHz Edition" thanks to the 1.0 GHz reference clock speed of the GPU.  No, there is no non-GHz Edition for the HD 7770 and yes ALL HD 7770’s sold will run at 1 GHz or higher clock speeds so the name badge here seems more than a little disingenuous to me.  This is especially true if we remember back not that long ago when AMD (then just a CPU company) tried to convince consumers and the media that the GHz race didn’t matter and instead "real performance" for the consumer was the driving factor.  We agreed with them then so we can’t help but see this marketing gimmick for what it is – a gimmick to try to lure in consumers that don’t know the difference.

Despite my misgivings there, the reference speed of 1.0 GHz should bring some impressive performance for this GPU going forward and AMD is again promoting the overclockability of the part.  We will show you some impressive clock improvements in both our own testing as well as with retail cards coming up.