I did promise you some performance result from our retail Radeon HD 7770 1GB cards from MSI and XFX earlier in the review and here they are.  For your reference, I have included the GPU-Z shots for each of them below so you can see how they compare to the reference speeds.  We only ran the tests at 1920×1080 as we think that will be the most common resolution gamers utilize and it should also show any potential performance differences based on the clock speed.

Just past the performance results you’ll find some power consumption, temperature and sound level testing to see if the retail card changes had a positive effect on the overall design. 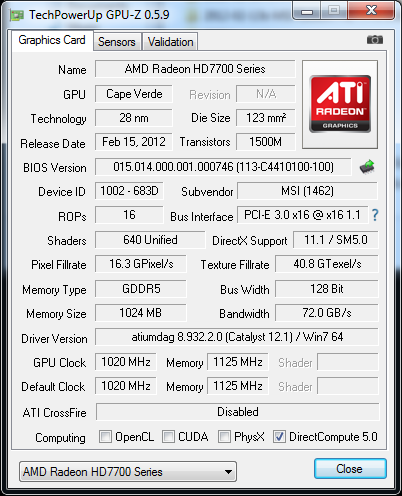 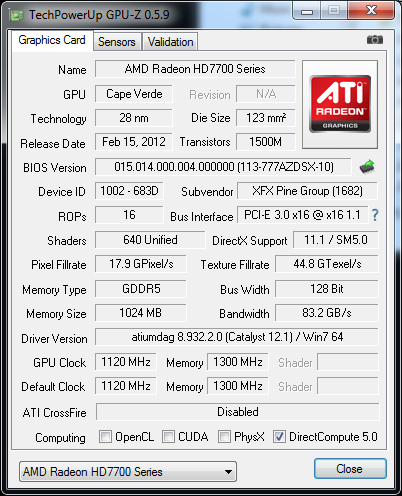 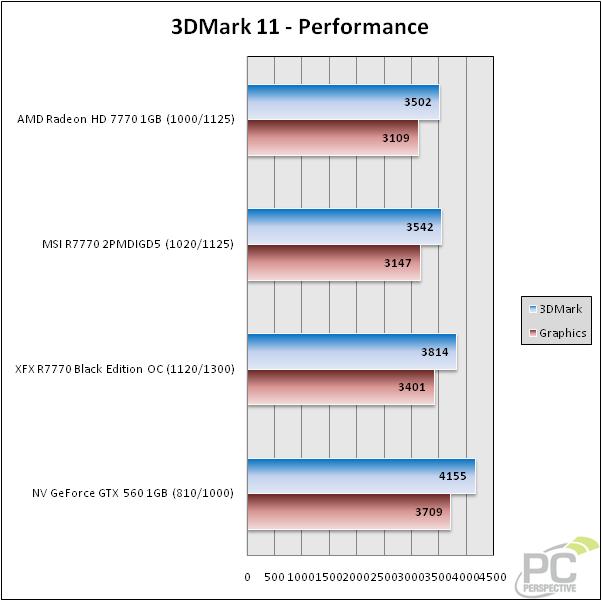 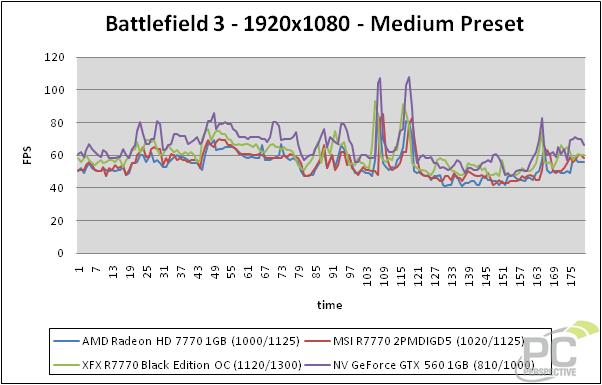 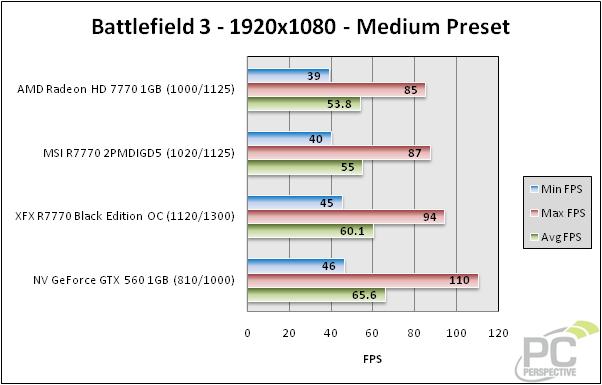 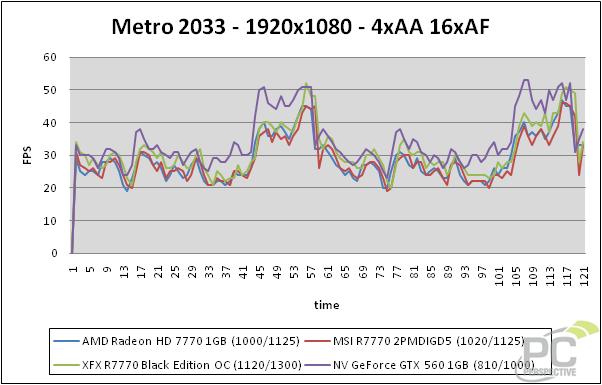 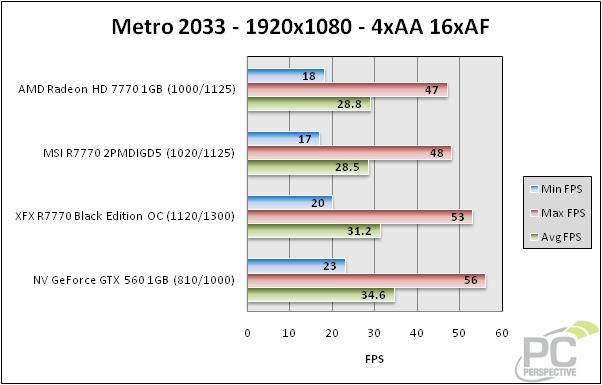 For the MSI card, which was running just barely over the reference clock speeds, we see very little performance difference between it and the original card sent to us by AMD – this is pretty much what we expected.  The XFX card, with its 11.2% GPU clock rate increase, did see some noticeable performance boosts (11% in BF3 and 8.5% in Metro 2033) that helped close the gap on the GeForce GTX 560 though not completely. 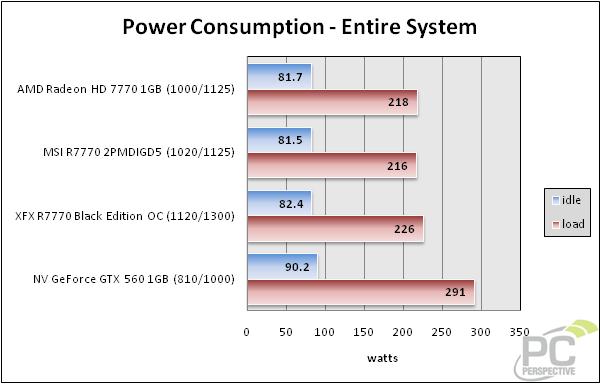 So here is your first glimpse of the saving grace of the Radeon HD 7770 – power consumption.  While the card isn’t able to keep up with the GTX 560 in terms of performance, the power efficiency of the Cape Verde GPU is impressive and AMD is able to come close to the performance of the more expensive card while using 73 watts less power – that is essentially HALF the power when we isolate the GPU alone. 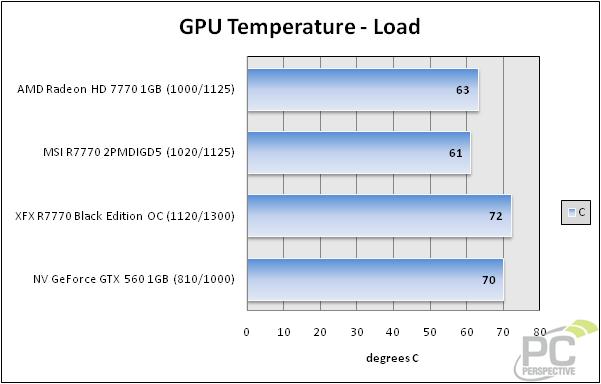 The temperatures on the new 28nm based GPUs are pretty impressive as even the reference cooler is keeping the GPU at 63C under a full load.  The MSI card was able to do a bit better at 61C though the XFX Double Dissipation cooler again kind of let me down.  I guess the fact that they are running at an 11% higher clock rate is some consolation though and the fact that 72C is nothing to be worried about. 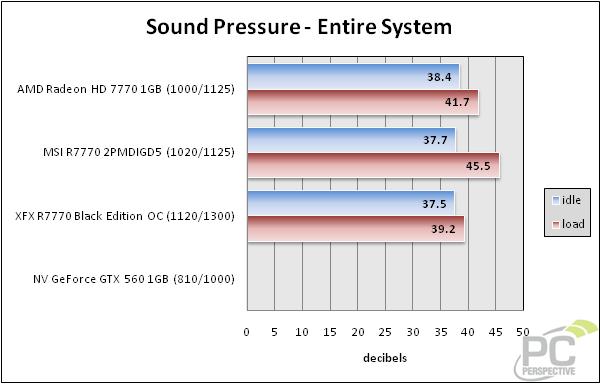 The real reason to compare the sound levels of these cards is to compare the MSI and XFX retail models against the reference design.  Both MSI and XFX have lower idle noise sound levels compared to the reference cooler from AMD but MSI’s is actually louder under a full load which seems to go against expectations considering it uses dual fans rather than a single.  Meanwhile, the XFX card is quite a bit less noisy than either of the other two options and perhaps THAT explains the temperature differences noted above.

We plan on doing a bit more testing with each of these retail cards in the near future so stay tuned for further updates!!