With an estimated price tag of $159 (variable of course depending on the add-in card vendor), the new Radeon HD 7770 1GB is going to find its way into a lot of budget gamers’ PCs.  We got both reference cards and retail cards from MSI and XFX but let’s first show you the card and design as it was presented to PC Perspective. 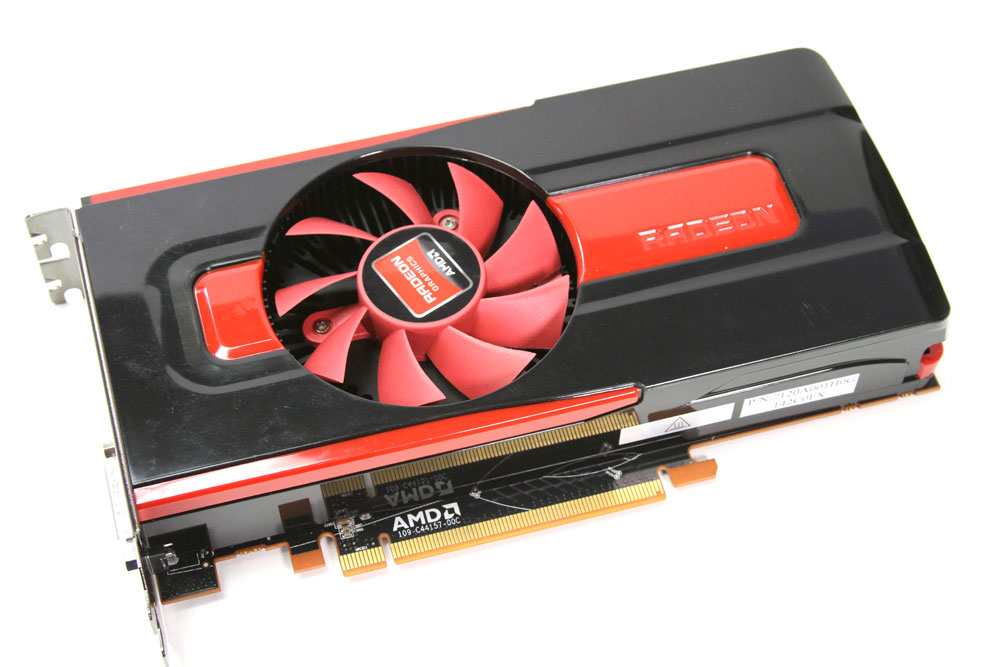 The continuation of the red/black theme is welcome though as the price of the cards comes down so does the build quality of the heatsink and fan shrouds – such is life.  The PCB is rather short, right on par with other cards in this price range, and thus should be able to fit in most any PC including HTPCs.

The specifications for this card were listed on the previous page, but in case you missed it: 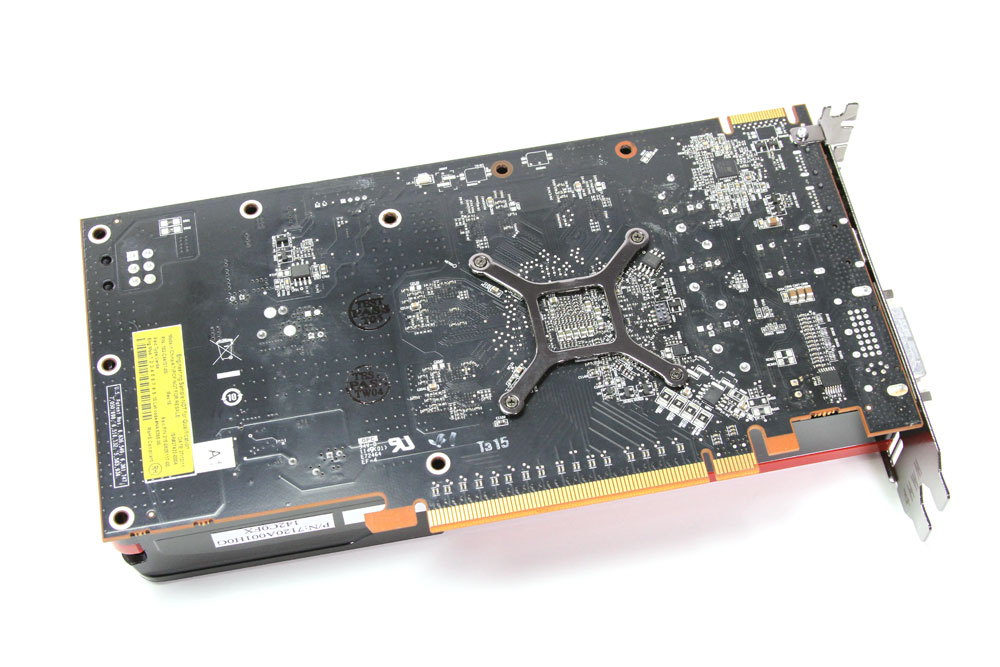 The back of the card is bare with no plastic covering or memory to be found. 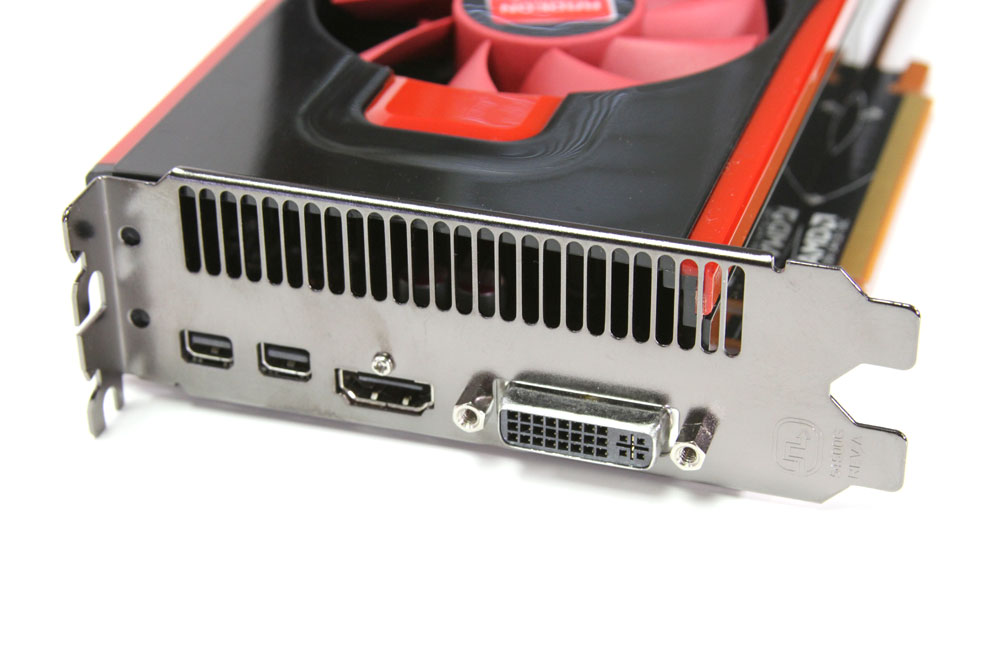 AMD continues to have the best display output configurations on its Radeon line of cards and our reference model gives us four total outputs with a dual-link DVI connection, full-size HDMI and a pair of mini-DisplayPort.  The dual slot configuration allows AMD to have an abundance of outputs while still providing a full slot of grill for air ventilation. 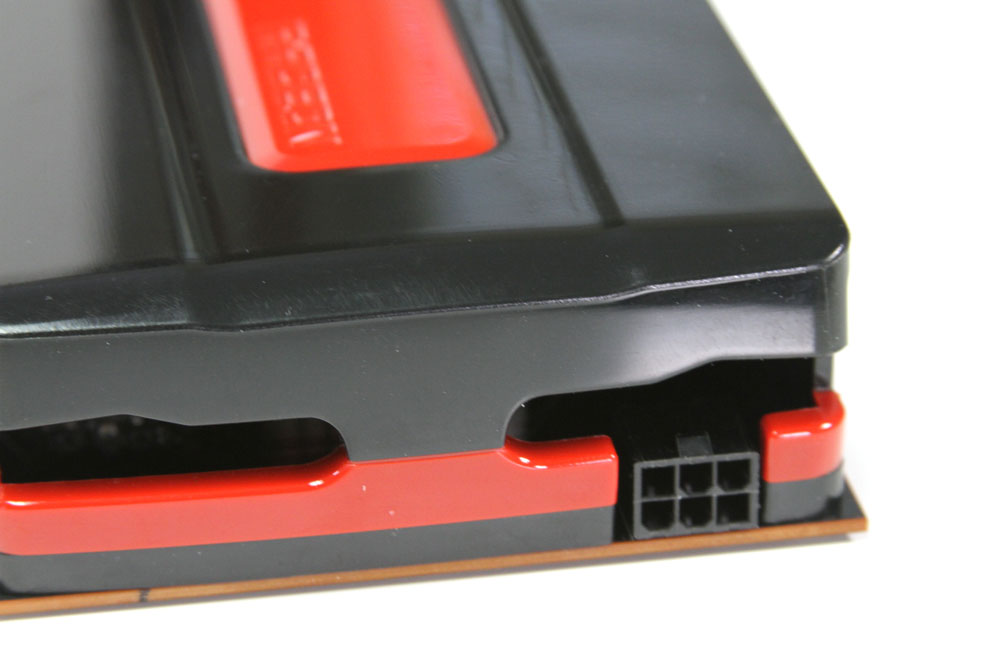 The HD 7770 just *barely* requires an external power connection of the 6-pin variety with an average gaming power consumption around 80 watts. 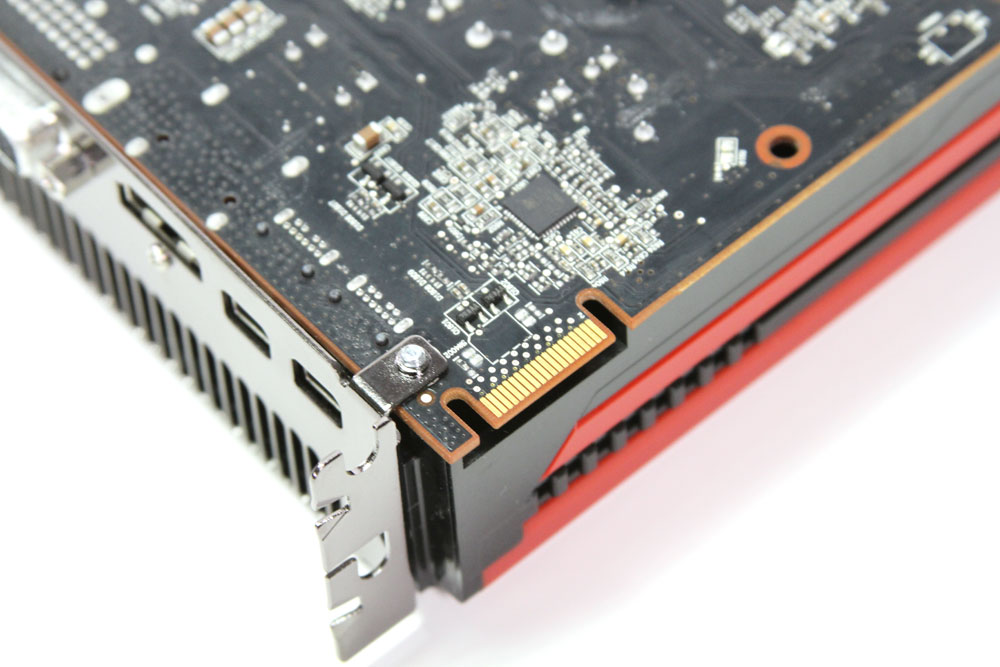 CrossFire is supported but only up to two cards – you won’t be able to run three or four of these GPUs together.

The Radeon HD 7750 1GB card is going to be priced right around $109 making it a great potential pick up for a HTPC rig that will also do some light gaming. 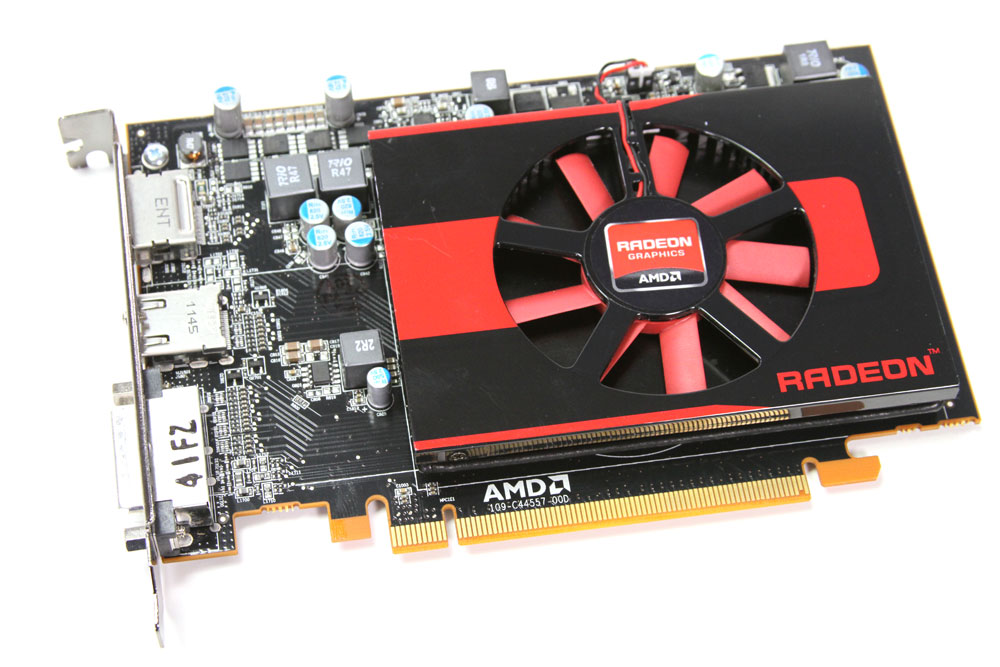 Our reference model comes with a single slot cooler that is actually louder than its bigger brother in order to move enough air to keep that 55 watt GPU cool.  Here are the speeds and feeds again for reference: 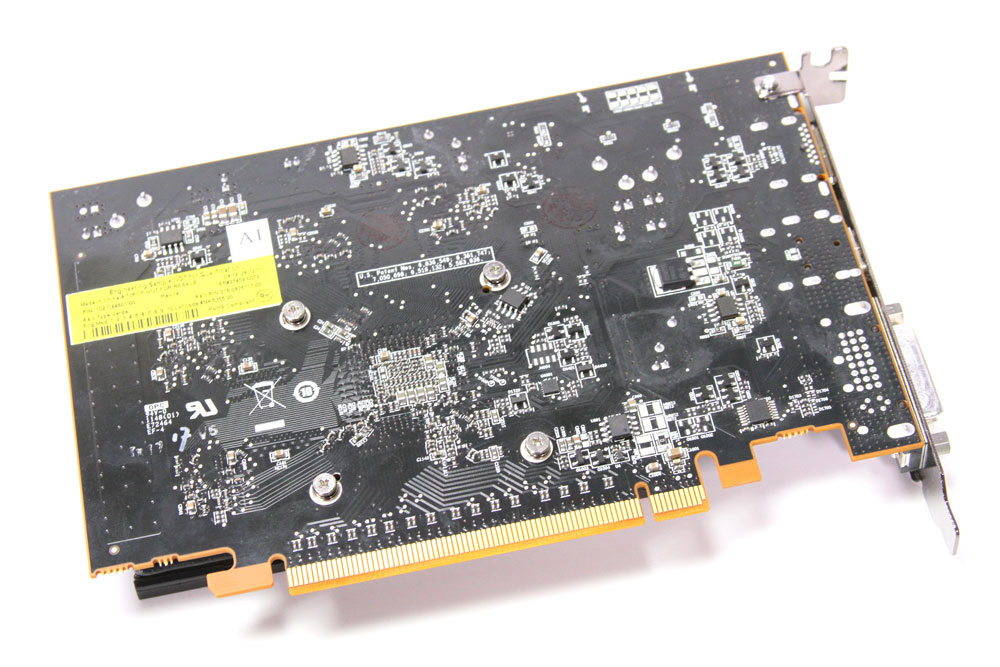 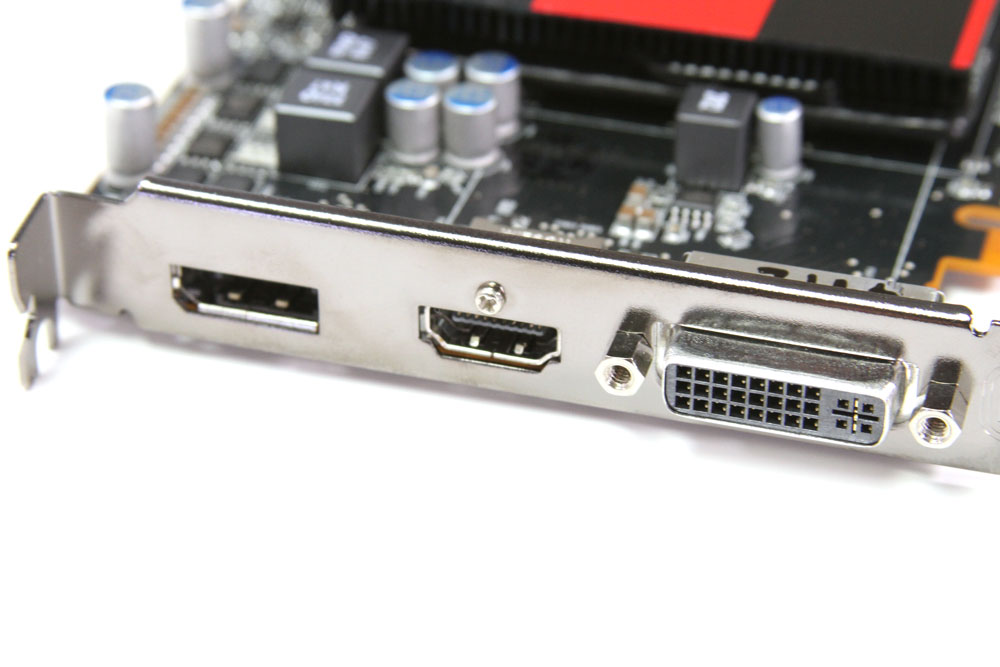 The connections had to change with the single slot design and AMD decided to remove the pair of mini-DP connections and replace it with singe full-size DP option. 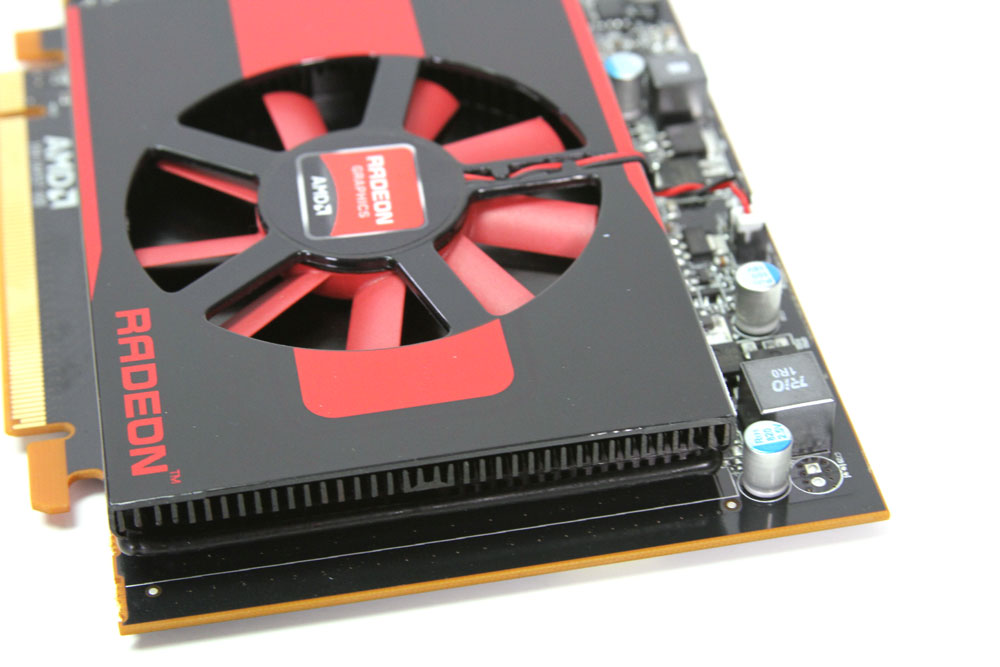 Again, with the HD 7750 you do not require any kind of external power as it falls within the limits of the 75 watts provided by the PCI Express bus.  This feature alone will make this card popular for users with below-grade power supplies and small form factor PCs. 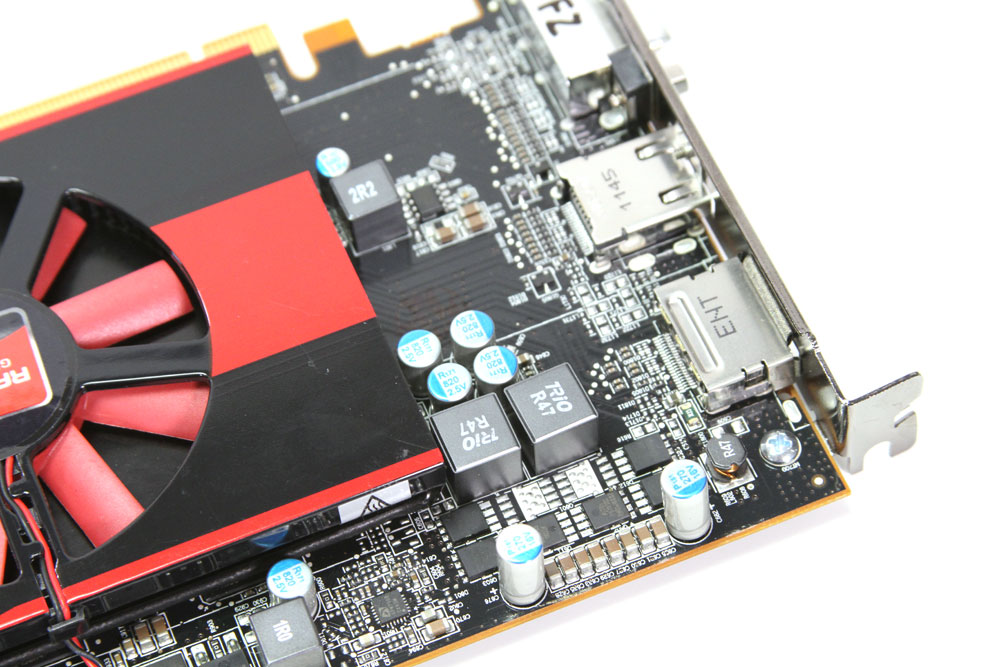 Another interesting change is the lack of any support for CrossFire on this card – if we look back at the HD 6750 it actually supported 3- and 4-way CrossFire!

Removing the heatsink on the HD 7750 reveals the Cape Verde GPU hidden beneath.  It is a small thing and I still find it troublesome that AMD refuses to give us a high quality die shot of any of the Southern Islands parts.

The tiny 123 mm2 die size will help keep costs down for AMD as it attempts to take as much of the mainstream card market as possible before NVIDIA gets around to releasing it Kepler-based parts.