Since we had a pair of the Radeon HD 7770 1GB cards in our hands, we of course decided to do a little CrossFire testing.  Sorry, we have yet to receive a second of the HD 7750 cards so we weren’t able to double up on those for your viewing pleasure.  For the below tests I ran the reference HD 7770 along with the MSI Radeon HD 7770 on our standard test bed.  You’ll notice that we tossed in the Radeon HD 6970 2GB card into our graphs here as well as the GeForce GTX 560 Ti.  The 6970 was included as it is approximately the same price (a little higher at $330 or so) as the pair of HD 7770s would be while the GTX 560 Ti was include just to create another reference point for you against the single card HD 7770. 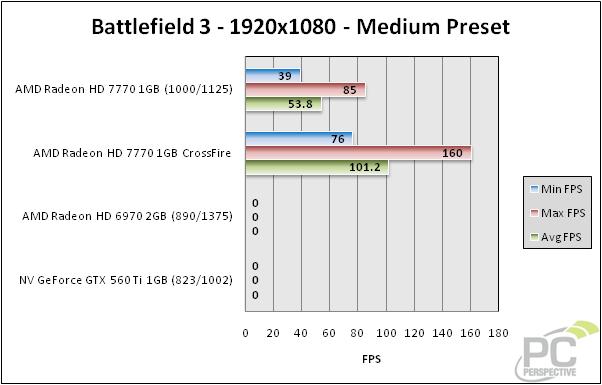 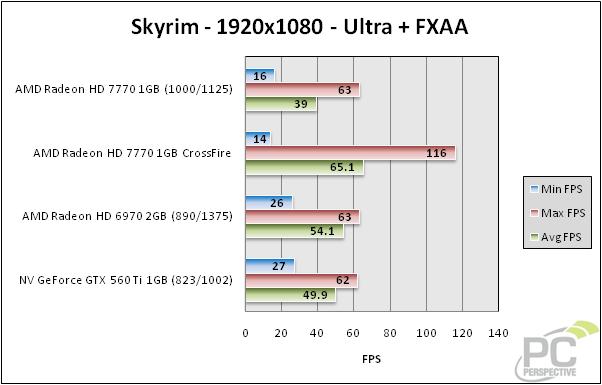 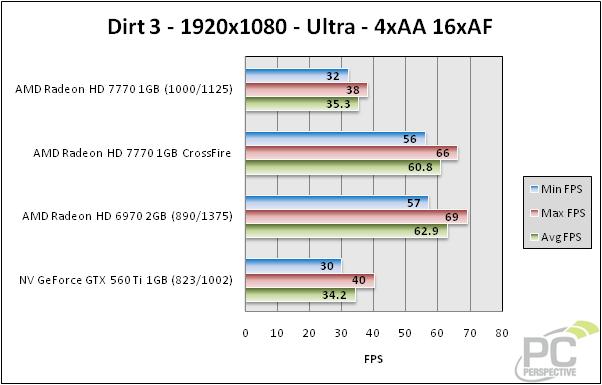 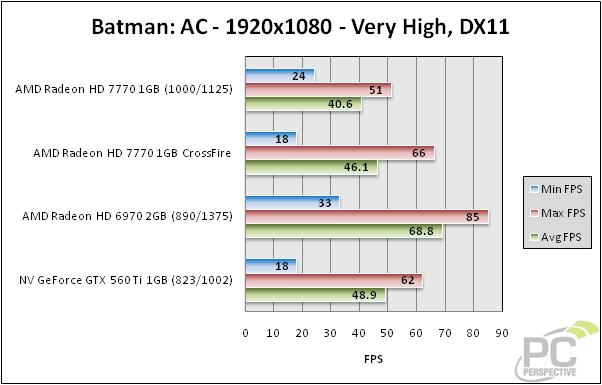 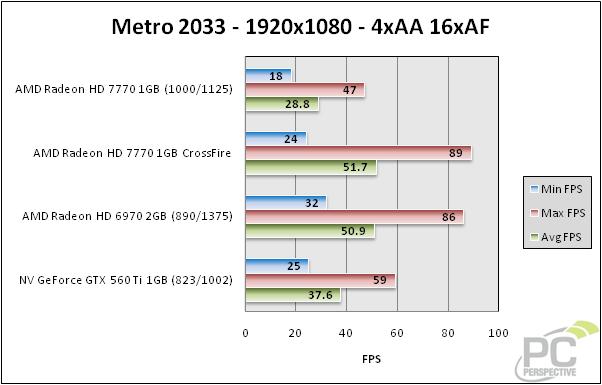 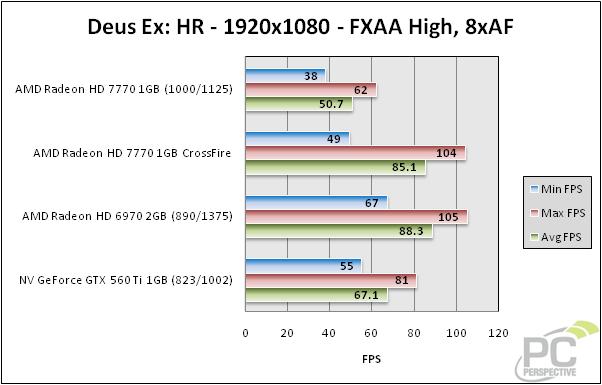 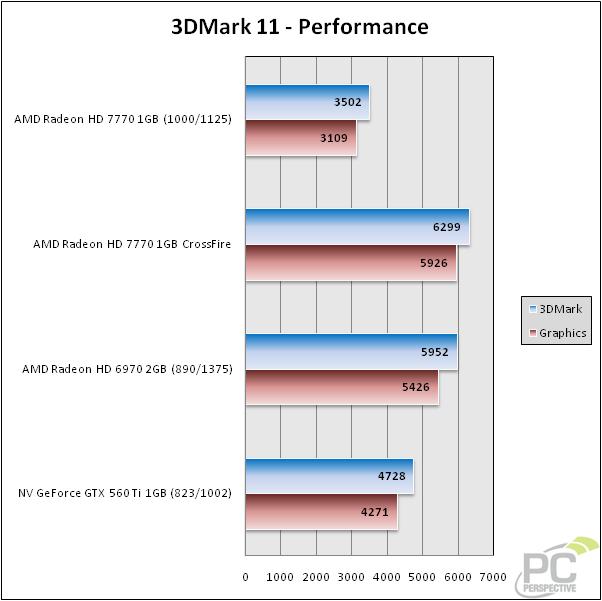 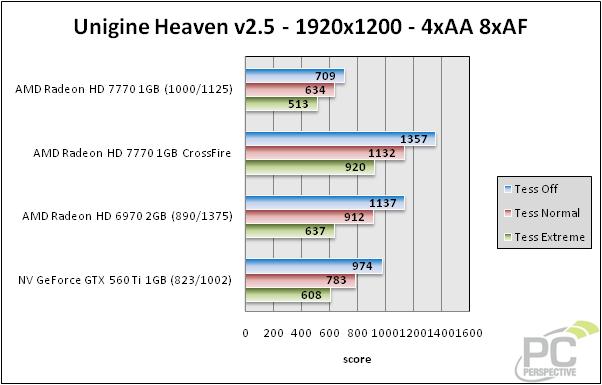 And with the exception of Batman: AC, the performance of the HD 7770 cards matches or exceeds that of the HD 6970 2GB card, which is impressive when we take into account the power results below… 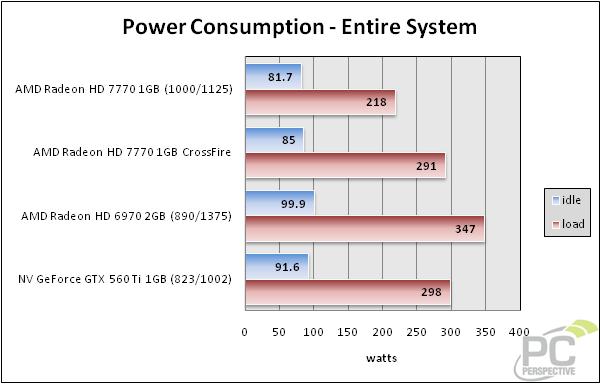 By adding in a second HD 7770 card the power consumption under load (in BF3) increased by 73 watts which is right in line with the estimates from AMD.  What is interesting is how much more power efficient the CrossFire configuration is than the HD 6970 – the dual-GPU configurations uses 56 watts less than the single GPU card which goes against our traditional way of thinking.  Not only that, but the two HD 7770 CF rig actually uses the same amount of power as the single GPU GTX 560 Ti card that doesn’t even come close to the performance of our new cards.