I have to be honest with you, if you saw our testing with the XFX R7770 Black Edition Super Overclocked card, you saw almost the maximum clock speed that I was able to reach using the MSI Afterburner software on any of the three cards we had in-house.  You can see from the image above that we were only able to run at 1150 MHz, a slight bump over the aggressive clock rates of the XFX retail card. 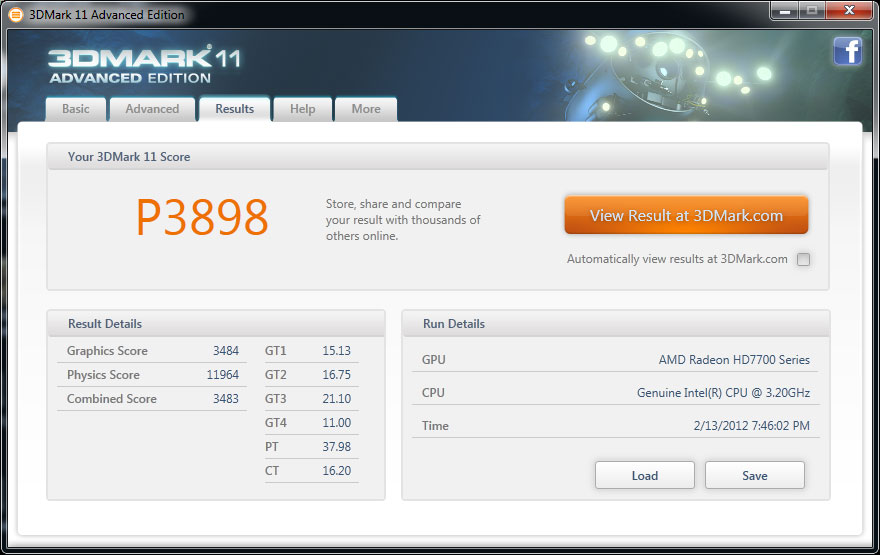 Here you can see our 3DMark11 Performance score with the overclocked settings – a great boost over the stock 1 GHz clock speed.

Looking at the relative power consumption of the GPUs presents interesting information on how the parts compare in terms of compute efficiency. 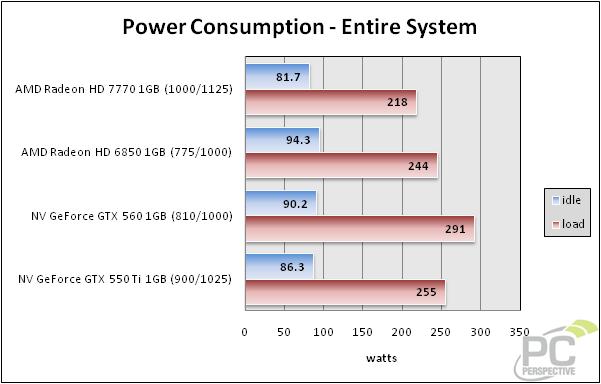 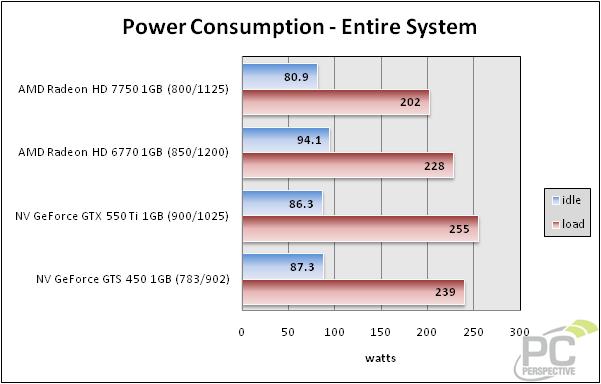 The Radeon HD 7770 1GB card uses the least power in our set of results in the first graph including 37 watts less than the GTX 550 Ti that is handily outperforms.  You saw on our previous page with the CrossFire results how that advantage can compound when moving into the multi-GPU realm as well.  The Radeon HD 7750 is actually more impressive as it uses less power than even the GTS 450 though it can perform on par with the GTX 550 Ti that uses more than 50 watts additional power!! 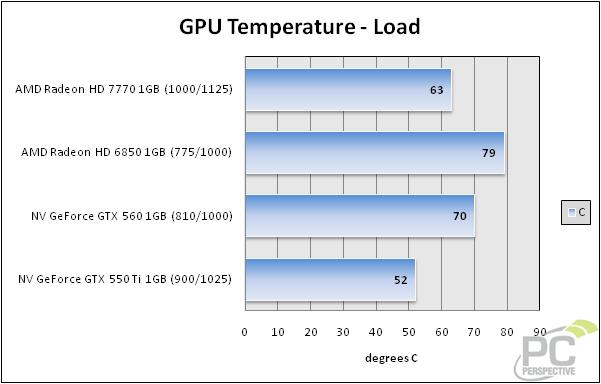 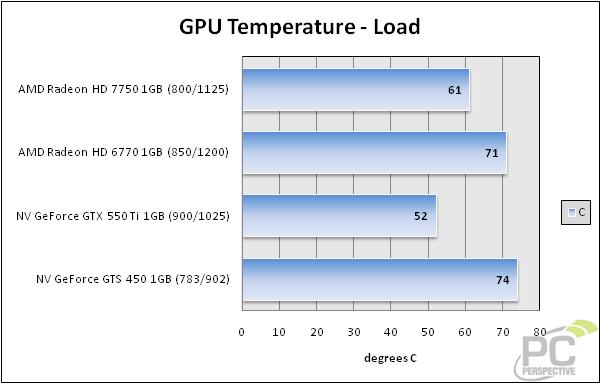 The temperature results are a bit off kilter simply because the NVIDIA cards are retail cards with better coolers than reference designs; that explains the 52C temperature under load on the MSI GTX 550 Ti.  Still, we can judge the temperature of the HD 7770 and HD 7750 in the 60s even with the reference coolers and agree that the 28nm process is again working some magic.