Since AMD held their Analysts’ Day, we have not heard a whole bunch from their CPU division.  The graphics side has been in full gear launching the HD 7000 series of products, and soon we will see the final pieces of that particular puzzle fall into place.  What about the CPU group?  We have heard about Trinity for ages now, but that particular launch is still months away.  The last CPU update detailed the “K” series of unlocked Llano chips.  What about Bulldozer?  Is there a new stepping?  How is GLOBALFOUNDRIES’ 32 nm SOI/HKMG progressing?

I don’t have all those answers, unfortunately.  Since AMD proceeded to sack most of the PR team, our contacts have all but disappeared.  Questions emailed to AMD are often not returned.  Requests for CPU information (or samples) are ignored.  Are these people just simply overworked, or is AMD clamping down on information?  Hard to say.  My guess here is that they are taking the philosophy of, “No news is good news.”  If a company does not send out review samples, they do not have to deal with products receiving bad reviews.  I am not saying that the FX processors are necessarily bad, but they do not match up well against Intel’s latest Sandy Bridge parts.  At least AMD parts are priced appropriately overall for their level of performance.  If we look at overall results, the FX-8150 does match up fairly well with the i5-2500K, and they both exist very close to each other in price points.

The last bit of news is that the FX-8120 is getting a price cut to put it more in line against the competition.  The email that we received about this and the previous announcements was amazingly generic and fairly uninformative.  We do not know the prices, we do not know the rollout schedule, and we have no idea how much the FX-8120 is going to be chopped.  We have seen the retail market already cut the prices down on the FX-8xxx series.  The high end FX-8150 was introduced around $289 but now it can be readily available for $259.  Now that demand has dropped in the PC sector and AMD’s supply has caught up, it is no wonder we are seeing new SKUs and the lowering of prices. 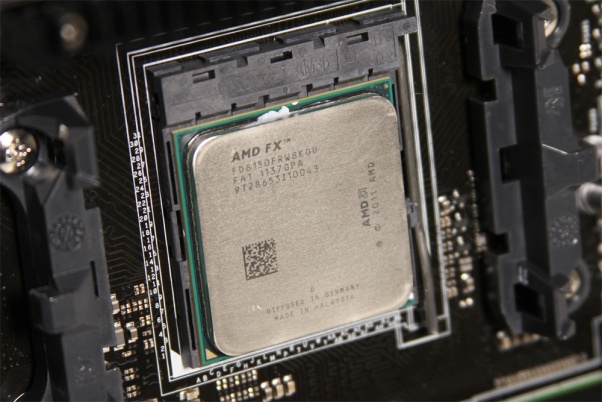 My goal is to try to get a hold of some of these parts, as they do look interesting from a value standpoint.  The FX-6200 is of great interest for many users due to the nice provisioning of cores, L3 caches, and speeds.  Throw in a decent price for this particular product, and it could be a favorite for budget enthusiasts who want to stick with AMD products.  The area where it does fall down is that of TDP when compared to Intel’s Sandy Bridge parts at that price point.  The jump to 3.8 GHz base speed and 4.1 GHz turbo should make it very comparable in stock clocked performance to anything Intel has in that price range.

Overclocking could be interesting here, but since it is already a 125 watt TDP part I do not know how much headroom these products have.  4.8 GHz is very likely, but on air cooling I would not expect overclocked speeds to reach much more above that.  Still, these are interesting parts and give plenty of bang for their price.  Add in pretty mature support for AM3+ motherboards, and AMD still has a chance with enthusiasts.  The only real issue that is looming is PCI-E 3.0 support for the AM3+ ecosystem.  We have not heard anything about the upcoming (or is it cancelled?) 1090FX chipset, other than it is based on 890FX/990FX and should not support PCI-E 3.0.  With AMD’s push for APUs, I would expect the upcoming Trinity parts to introduce PCI-E 3.0.  AMD also looks like they will start funneling the enthusiasts towards FM2 platforms and Trinity based parts.  While AMD looks to support AM3+ with Piledriver based cores, my best guess here is that AM3+ will be phased out sooner rather than later.

The next 6 months will be critical for AMD and their path moving forwards.  At the very least we will have a better idea of where the company is going under the new management.  I am still expecting some big changes from AMD, and if Trinity can give Intel a run for its money in terms of per clock CPU performance, then they could have a winner on their hands and adjust their roadmap to further exploit that particular product release.