AMD and NVIDIA have gone to great lengths to keep power down to a reasonable level at both idle and load.  Considering the actual size of these chips, and how many transistors are nestled within, it is no wonder that we have power supplies that are commonly at 600 watts and above! 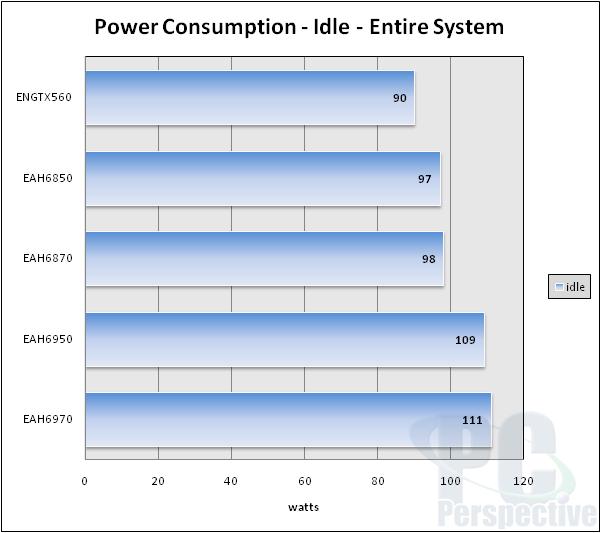 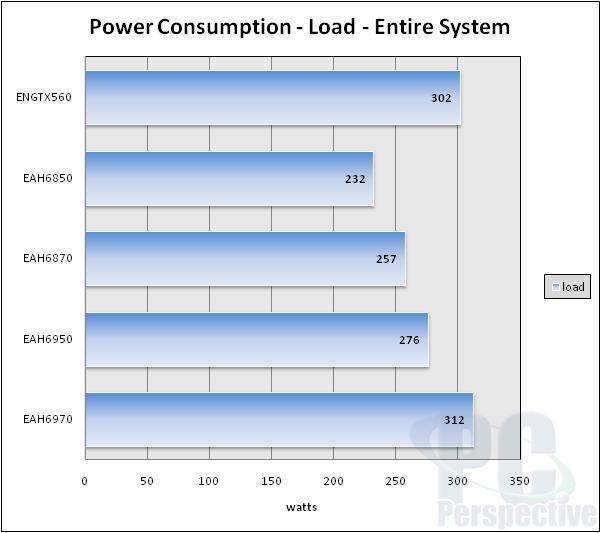 At idle we see NVIDIA doing a bit better here, but all of the boards are within the same general area.  Once we get into load we see a bit of a surprise here.  The GTX 560 Ti comes perilously close to the 6970 in terms of total power consumption.  This is measured at the wall and includes the entire system (sans monitor).

GPU temperature was measured through the GPUTweak program. 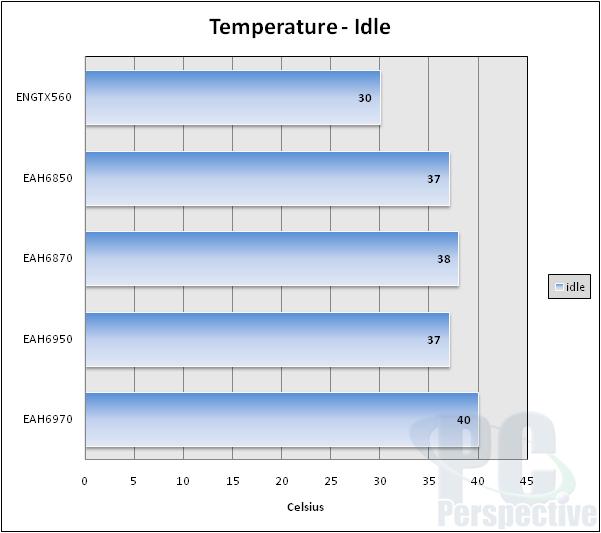 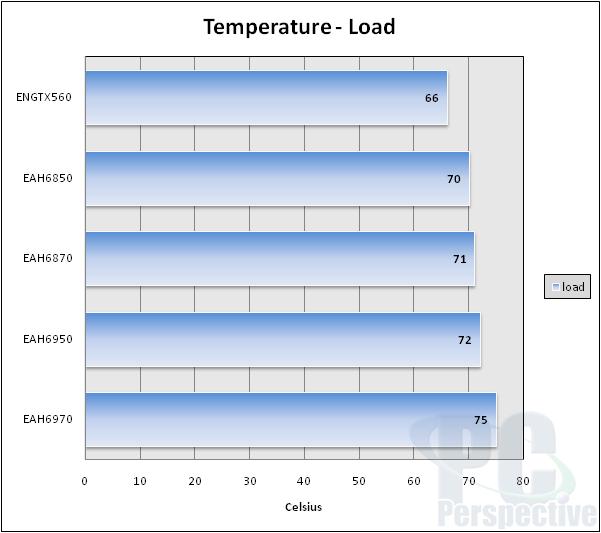 The GTX 560 Ti is downright chilly as compared to the rest, but even 40C is not considered all that hot for GPUs.  At load we see again some very good temperatures as compared to the reference designs for these cards (which routinely reach 95C+).  The DirectCU coolers certainly do their jobs quite nicely.

GPUTweak made this section very easy.  I slightly dialed up the voltage on the GPUs of these cards and went to town.

The EAH6870 hit the 1 GHz mark pretty easily (at least with my sample).  The fan did get pretty loud during testing and playing.  The memory was able to get to 1180.  At this speed the 6870 was still not approaching HD 6950 levels.

The EAH6950 was able to hit 910 MHz core and 1345 MHz memory with extra voltage.  Due to the disabled stream processors, this overclock does not allow the card to match even a stock clocked HD 6970 in most shader bound applications.

Finally we have the EAH6970, with its two 8 pin power connectors, and beefy power circuitry.  This particular sample was able to reach 940 MHz core and 1490 MHz memory.  I was actually surprised that it did not go significantly higher than that in terms of core speed, but then again I am not a very aggressive overclocker.

Mileage will vary from card to card, so some people may have better or worse luck in achieving their overclocks.