I again used the AMD based system for this roundup, as it seems most other sites just use the highest end Intel platform they can find.  While this does make a difference at low resolutions and lower quality settings, pushing graphics typically makes the CPU choice moot.  The Phenom II X6 1100T is more than adequate to push most titles at resolutions above 1680×1050.

I was unable to test CrossFire performance on these cards as I was sent only one sample of each.  AMD has done some good things with their designs in regards to Multi-GPU configurations, and the HD 6000 series runs much more efficiently than the previous HD 5000 series did.  I certainly am not complaining about this, as it was very generous of Asus to send an example of each of their cards for this roundup.

The AMD Catalyst 12.1 Preview drivers were used for this roundup, as the latest 12.2s did not add anything of significance to these tests.  The cards themselves were tested in an actual case rather than an open testing station.  This gives us a more accurate depiction of how these cards will perform in a well ventilated case.  The Silverstone Raven RV02 was used for all tests.

The latest 3D mark features some heavy DX11 content with plenty of tessellation to make most video cards cry.  The Performance preset was used. 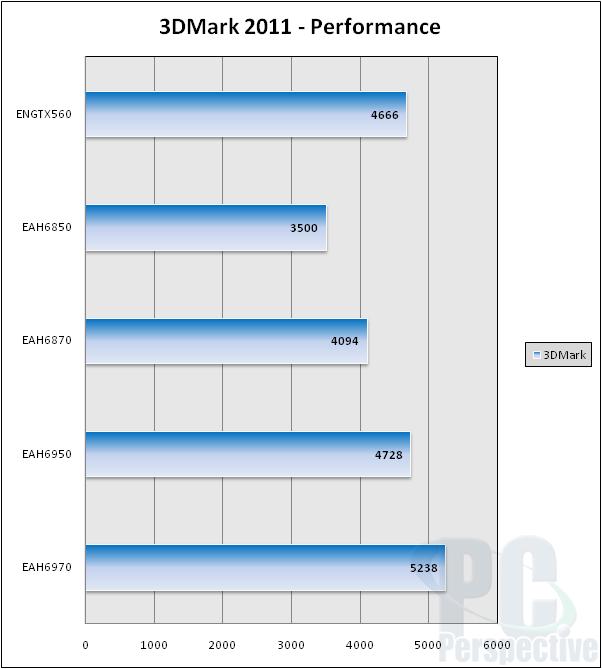 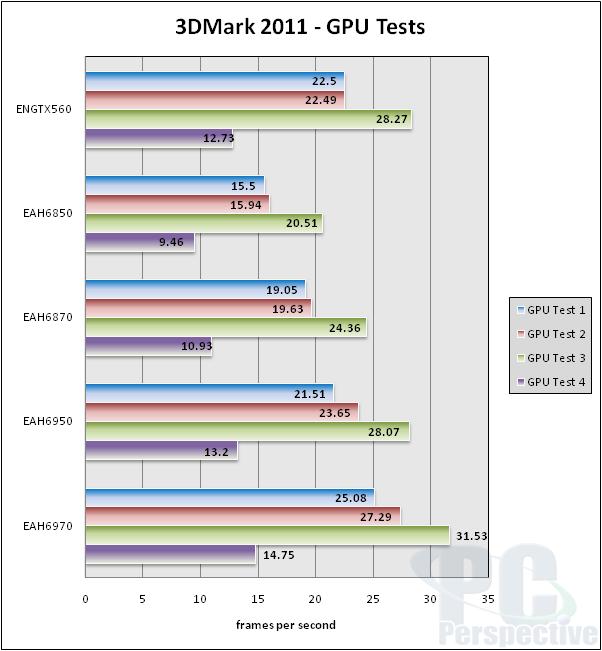 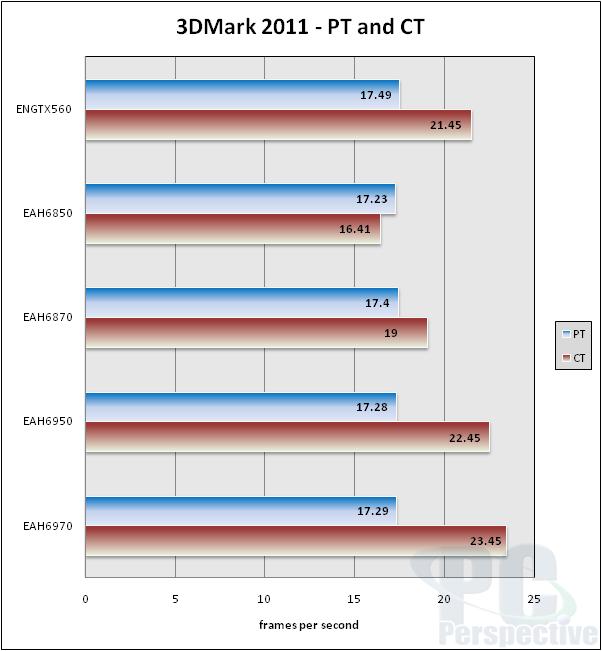