Time for the big daddy of the current DCII generation.  While Asus offers the higher end Matrix based GTX 580, this particular one is much more reasonable when it comes to price (not to mention being available).  This is again effectively a triple slot card, so motherboard choice is key when deciding to use this card (especially if a user wants to run SLI). 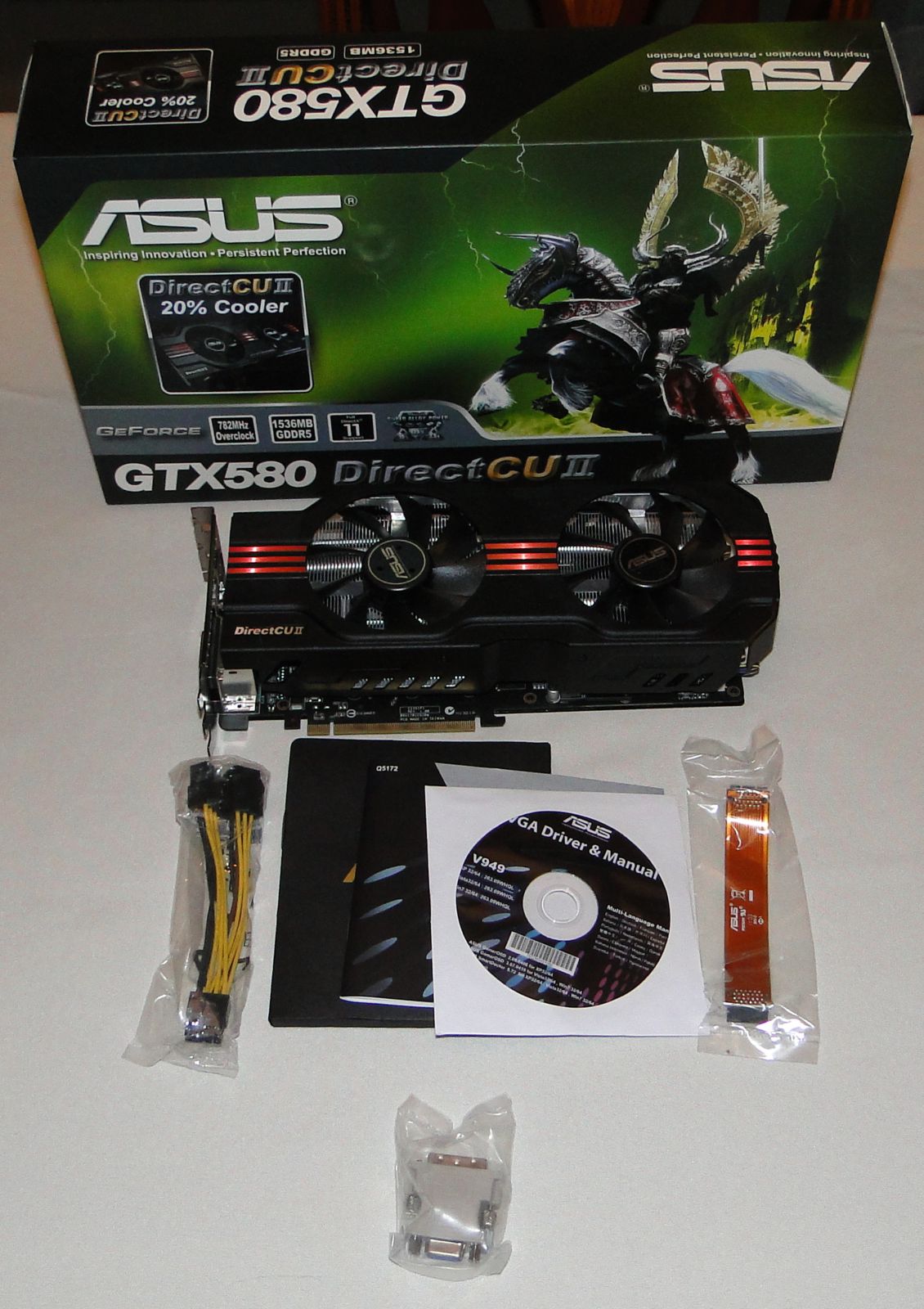 The bundle may seem a bit pedestrian, but it gets the job done.  The extra long SLI cable is a nice extra. 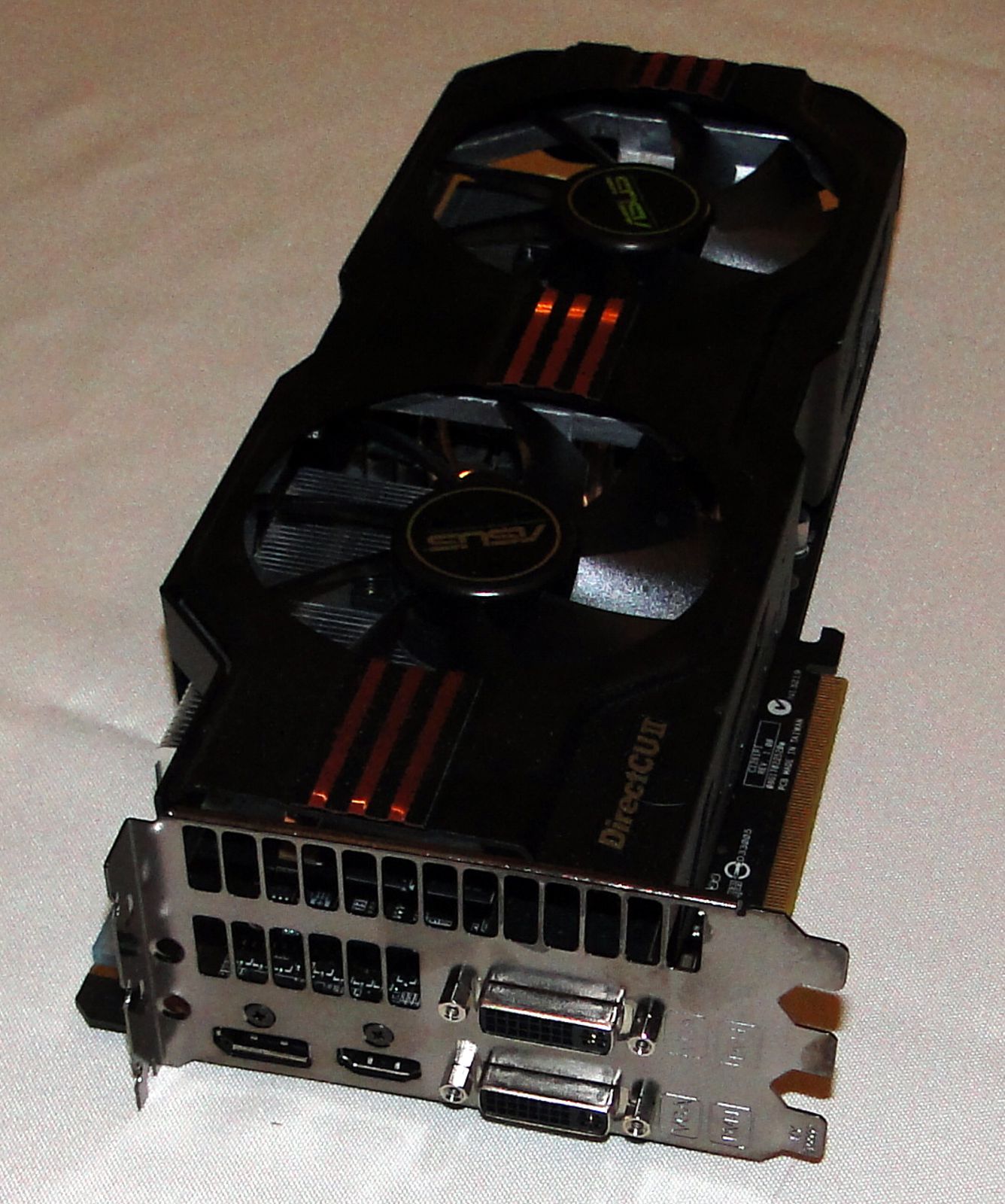 The backplate allows a large amount of airflow through those wide open spaces.

The GTX580 version from Asus is again a unique design.  It is not a direct copy of the previously mentioned ENGTX570, nor does it follow the reference design at all.  The first clue is that it does in fact feature 2 x 8 pin power plugs.  The next is when a user takes off the heatsink and sees the massive array of power phases that feed the GPU and memory.  Asus uses the NEC Proadlizer chip as well, though it should be mentioned that they use one, while MSI on their Lightning boards fits 4 on there.  This certainly will not make or break a board, and there are many design decisions made on component count that have a minimal effect on overall performance.

The card is not svelte.  Note the 2 x 8 pin power headers.

The cooler is the same as that featured on the ENGTX570.  Same amount of heatpipes, same fans, and same shroud.  The back plate on the board has the appropriate model name on it and in the same position, so it is easy to see what board is running when the user has a windowed case.  The rear features the same outputs as the ENGTX570 and it still can only drive a maximum of two monitors. 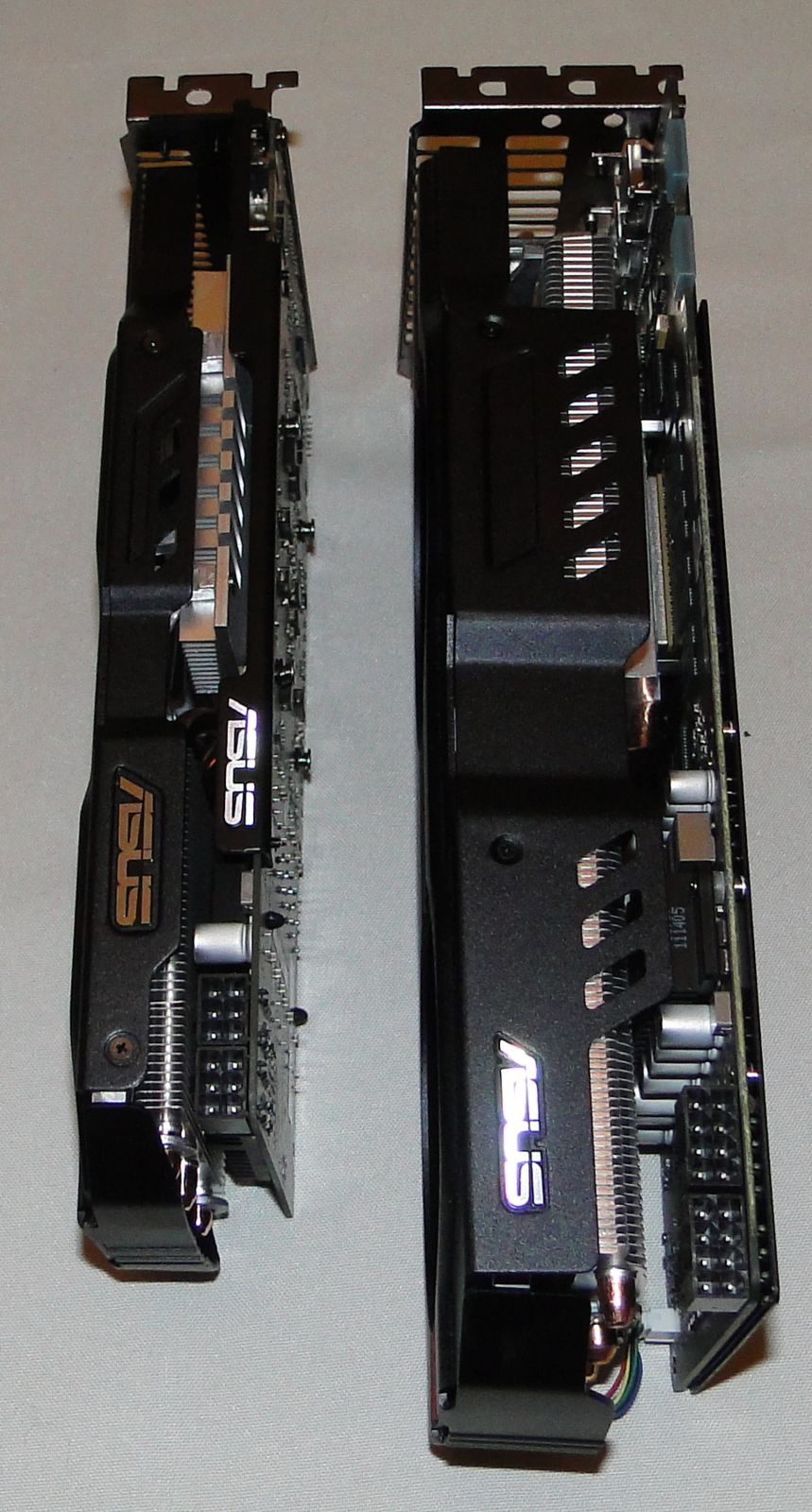 This is again a very solidly built card.  It does not exactly weigh a metric ton, but it is heavy.  It will sag a bit in a user’s system, but the extra reinforcement of that back plate keeps it mostly well behaved.  If there was not the back plate, the card would be a very wavy affair and I am pretty sure that after enough heating and cooling cycles, the GPU would detach some of the solder balls, rendering the card useless.  This particular model retails for around $499.  This is only some $50 less than the new HD 7970, but not everyone is enamored with AMD’s latest drivers.  Now that the HD 7950 is released, the ENGTX580 is $50 more expensive than that slightly faster product from AMD. 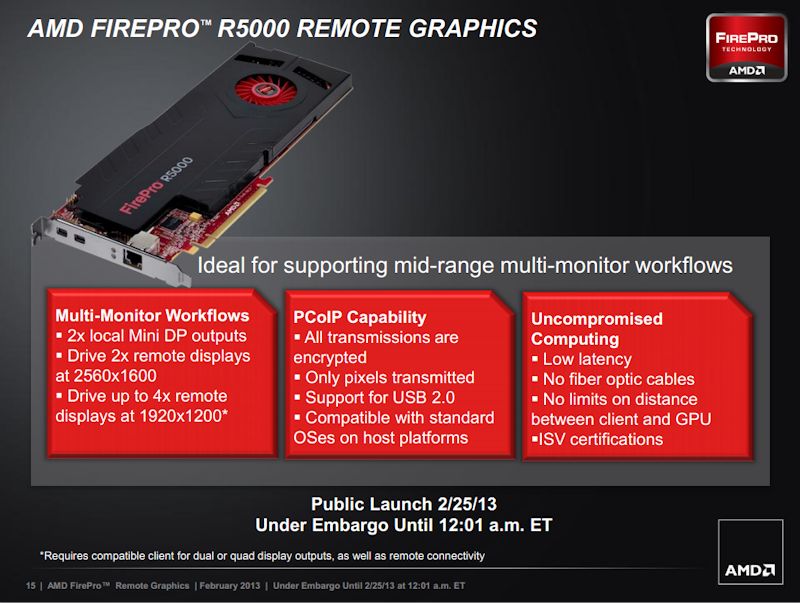