I decided to see how these cards worked on an AMD based machine rather than the faster Intel i7 series of CPUs.  Hey, AMD fans need to know how this stuff reacts to their platforms as well!  Plus Ryan never sends me the good stuff.  Well, except for these video cards.  And this chair.  And this remote control. 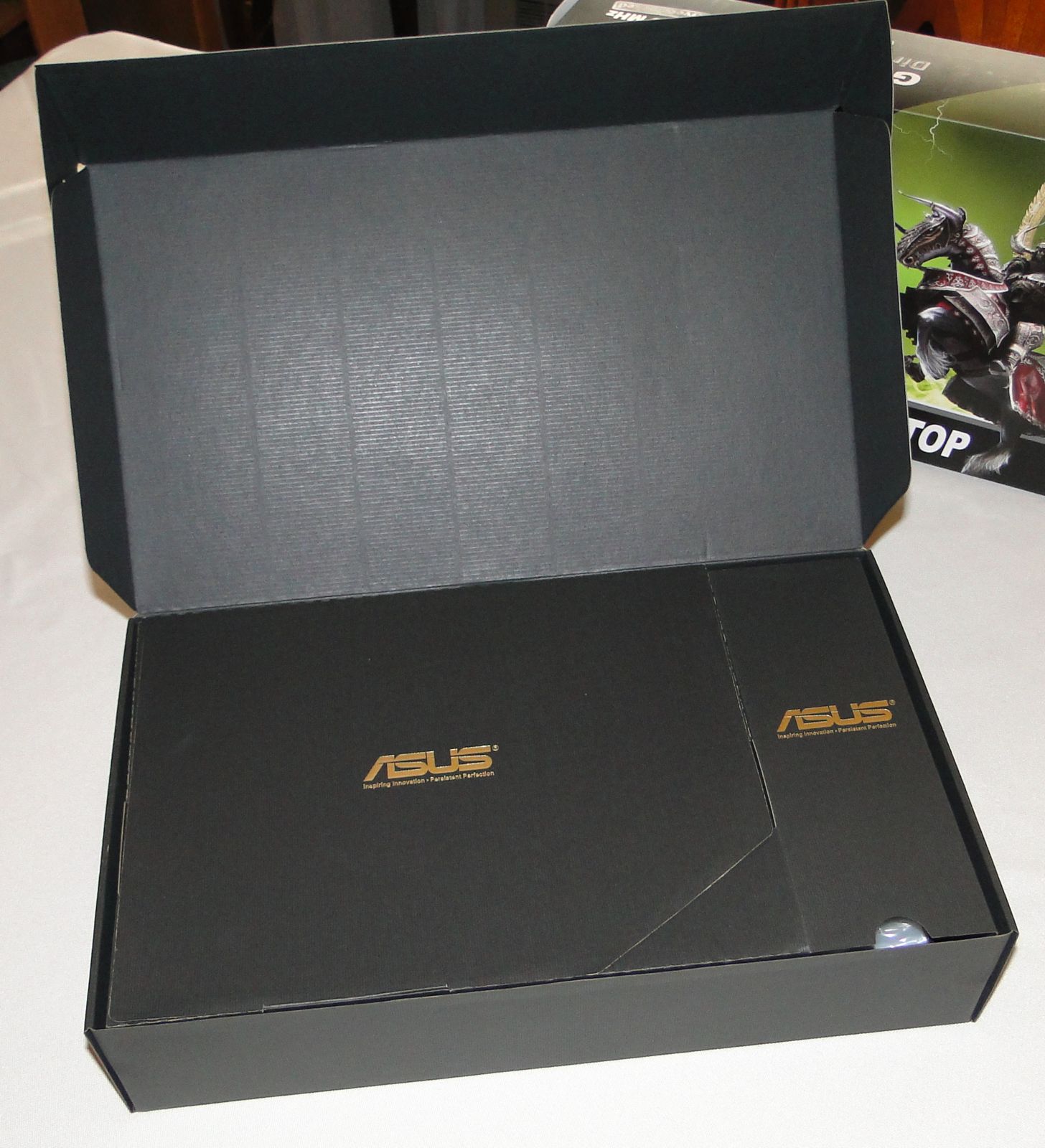 Asus always packages their boards very nicely.  Though the boxes may get a bit big, the buyer knows that their investment is well protected.

The boards were tested with the Phenom II X6 1100T on the 990FX platform.  Handling those duties is the Asus SABERTOOTH 990FX.  This board supports both Crossfire and SLI and is a good match for these particular Asus video cards (especially the triple slot units).  A handful of applications at different resolutions were thrown at these beasts and we get to see how well they compete against each other and the AMD HD 6970.  I used the Asus EAH6970 which is slightly overclocked to 890 MHz as compared to a stock HD 6970 at 880 MHz. 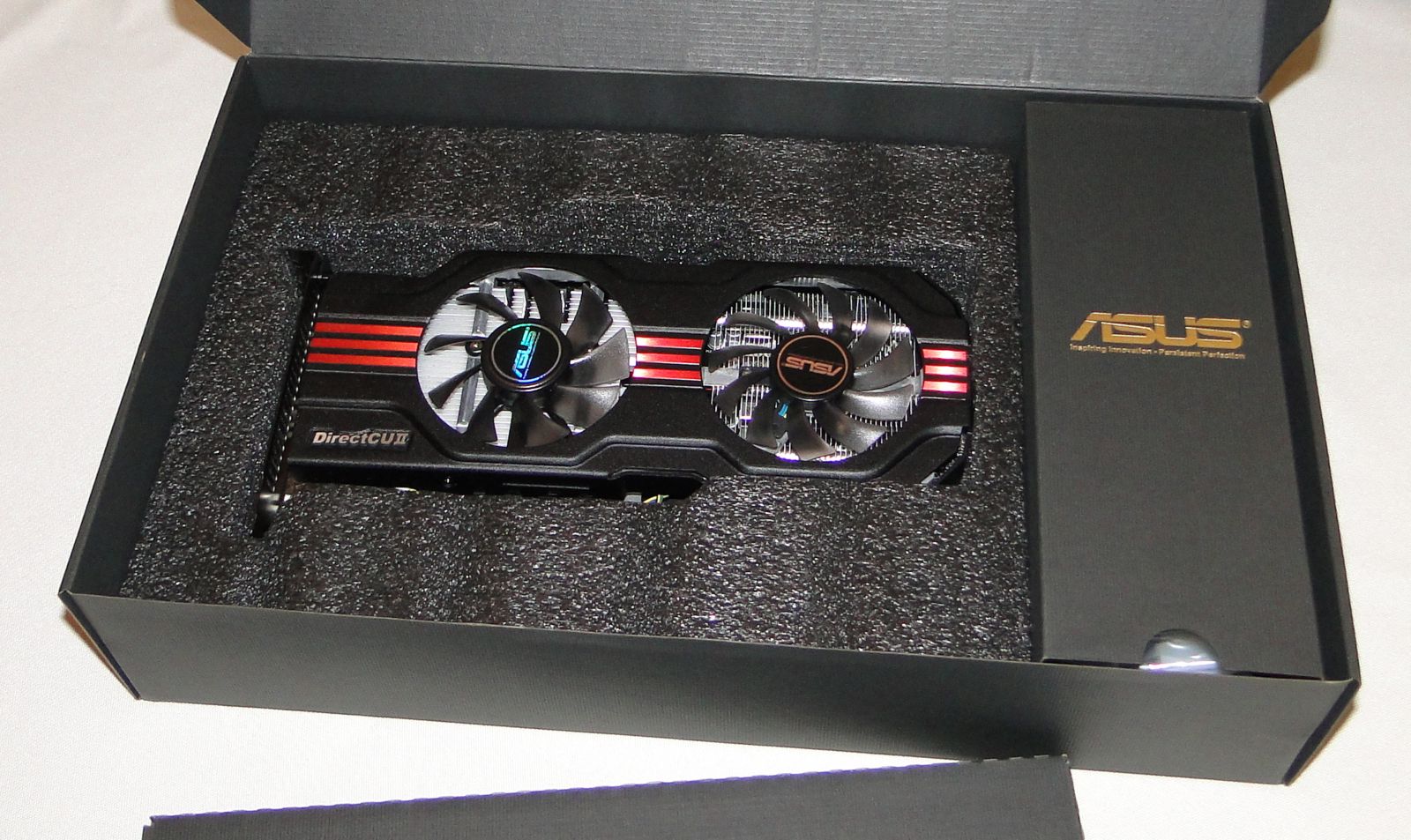 The thick sea of padding should protect this card from nearly everything a delivery person can deal to it.  Except perhaps getting run over by the truck.

The latest 3D mark features some heavy DX11 content with plenty of tessellation to make most video cards cry.  The Performance preset was used. 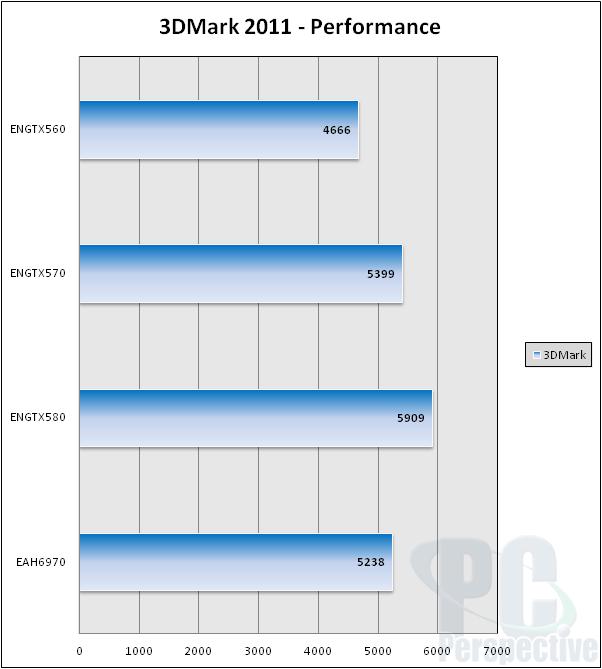 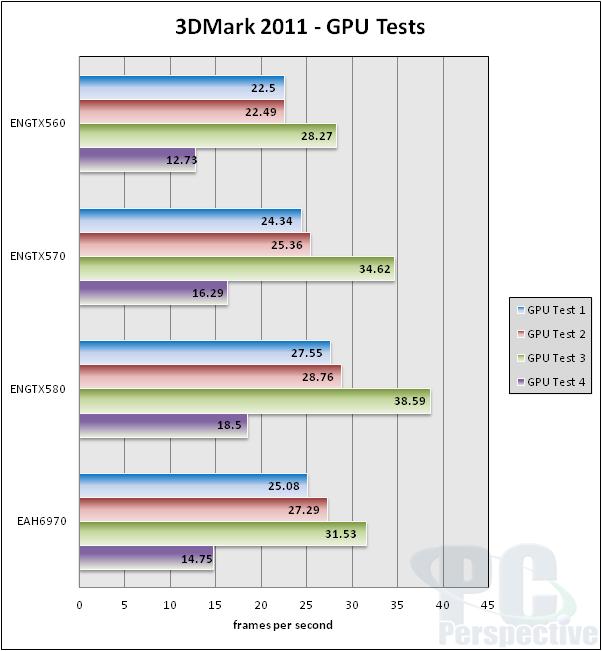 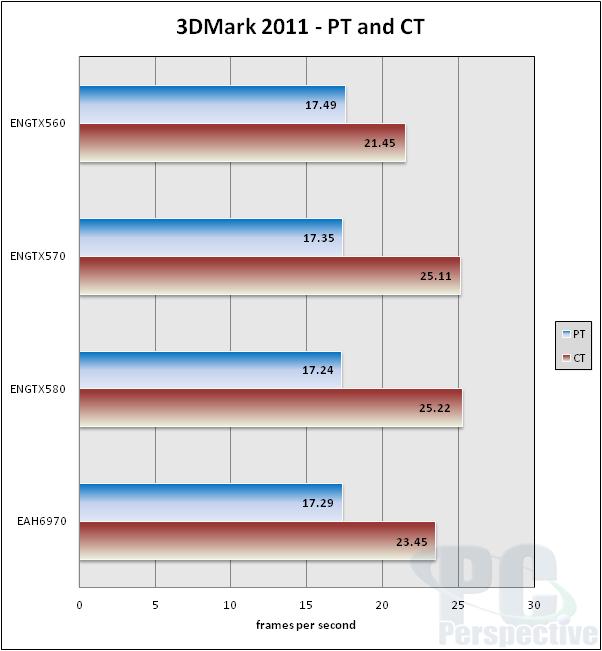