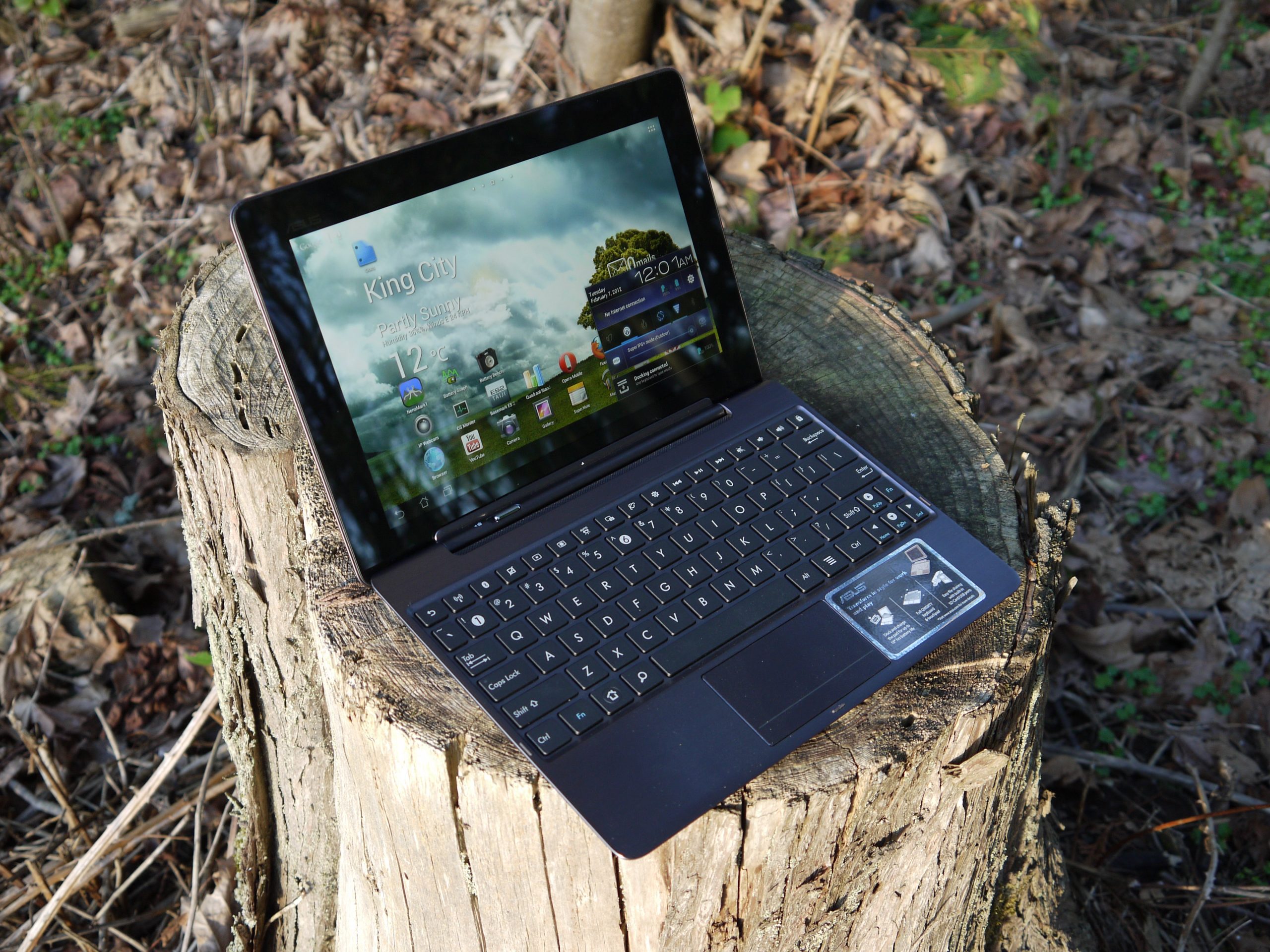 Late in December of 2011 we received the Transformer Prime for review. What we did not recieve, however, was the keyboard dock. High demand by journalists for a look at the company’s latest and greatest Transformer had left them short of docks, in turn leaving us short of a dock.

Now we’ve finally had our hands on one. Since it was shipped to us several weeks after the review Prime, we were able to give it our full attention. As with the original Transformer, the dock is one of the features that help the Prime stand out from the crowd – but that doesn’t mean it is automatically destined for greatness. If the Prime wants to act like a laptop, it will have to be able to compete with laptops – and that’s a tall order for a system without Windows or an x86 processor.

Besides a keyboard, the dock adds a few other specifications that are worth mentioning. Let’s take a look at them.

So, as with the previous dock, you’re not just buying a keyboard. You’re also receiving an extended battery with impressive capacity and some additional connectivity. Given the MSRP of $150, however, you’d kind of expect there to be more than just a keyboard.

Like the tablet itself, the dock goes for an understated and elegant look. While the right and left sides of the dock are rounded, the forward edge actually comes to a bit an edge. You’re not going to dice tomatoes with this thing, but you might give yourself a sting if you accidently run you finger across the front too quickly.

Build quality is adequate. Panel separations are extremely visible along the edges, and there are four exposed screws on the bottom side of the dock. These are nit-picks, but not irrelevant. It’s normal to see these details on a laptop, but on mobile devices it’s rare to see inelegant manufacturing realities left so boldly exposed. 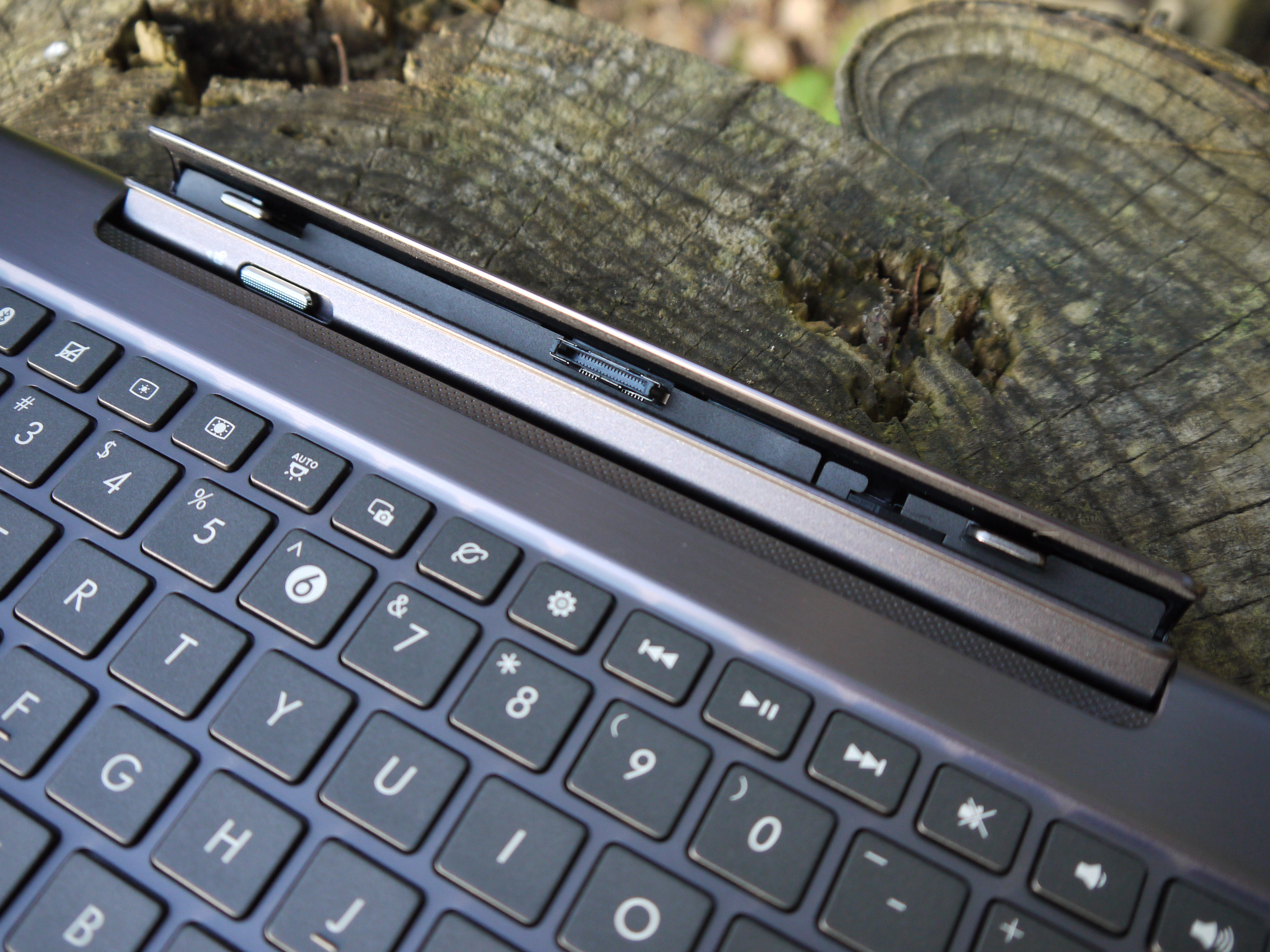 The docking mechanism itself is brilliantly designed. It consists of a wide U-shaped holster within which you’ll find two latches and a data connection. The latches help guide the connection home, so as long as you’re fairly close to the target, you can connect the tablet to the dock by applying just a bit of force. There’s minimal frustration associated with docking, which is what you want from this sort of peripheral.

ASUS has gone to the trouble of placing soft-touch material inside the dock mechanism. This prevents scratches and ensures that docking doesn’t result in any disturbing metal-on-metal or plastic-on-plastic noises. The latches themselves are also whisper-quiet.

Another nice feature of the latch is its tight operation. A docked tablet may look like a laptop, but its weight distribution is completely different. It tends to be top heavy, which makes a weak and wobbly latch a pain in the butt. You’ll find no such problems here – another indication that ASUS hasn’t been cutting corners. 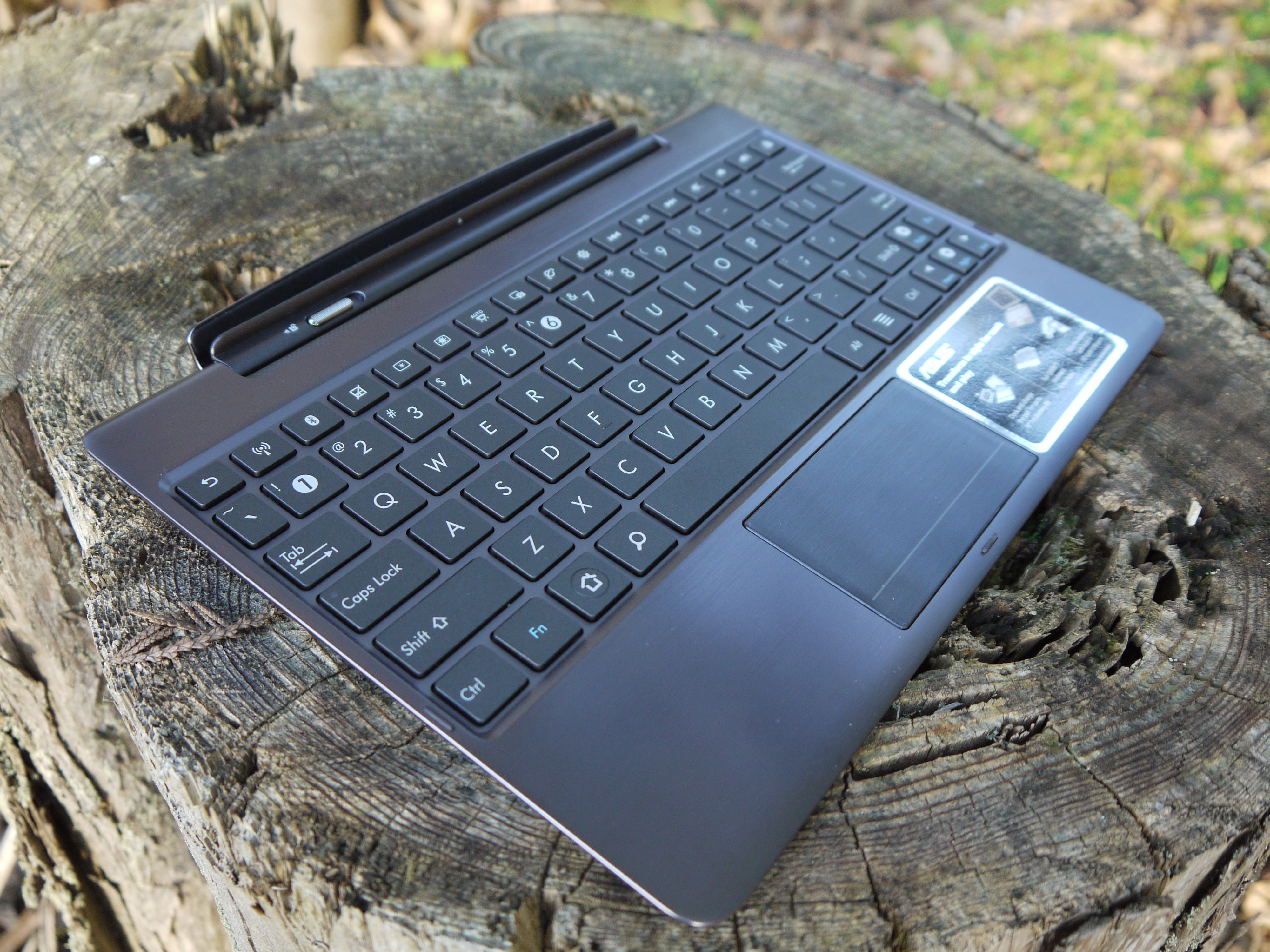 While the Prime’s dock may include a full keyboard, the limitations of its physical size become apparent the moment you begin to type. If you’ve used a 10.1” netbook before and you had no issue with it you should have no issue here. But if you found the netbook cramped, this dock will give you some problems.

I definitely fall into the latter camp. My palms are far too large for the available palmrest space, which leaves them constantly brushing across the dock’s uncomfortable forward edge. ASUS has done an excellent job stretching the island style keys across every available millimeter of space, but there’s still not enough room for my fingers to spread out, and I constantly stumble over keys as a result.

Putting these concerns aside, however, the keyboard seems like a good pick for people with hands that will fit it. The keys don’t have great travel, but they’re more responsive and easier to touch-type with than you’d expect.

The layout is a mixed bag. All the typical keys are as large as possible and well positioned. What I don’t like are the new keys that control Android functions.

The position where you’d find a Windows key is now taken up by an Android home key, and that’s fine. But where’s the key for opening the multi-tasking view? And why is the back key (it’s different from the backspace key) located where I’d normally find escape? And why is there no app tray button? Getting to the app tray on an Android tablet is actually a bit of a journey, since Google decided to tuck it away in the upper right side of the desktop.

I’m not a fan of the touchpad, either. It works, to be sure. And it works particularly well in conjunction with Android multi-touch gestures. You can swipe through web pages and documents all day long with this thing. But as a precision device it’s small and finicky. Clicking on small icons or interface buttons can be an issue. Lining up the cursor properly can take some doing, which may make you wonder why you didn’t just use the touchscreen.

LG offers a laptop for those on a budget