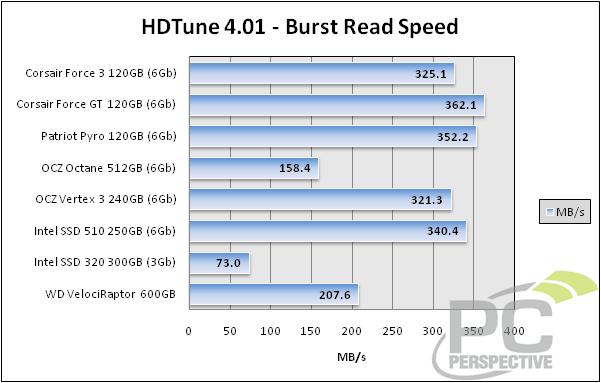 This test shows just how inconsistent burst testing an SSD can be, and here’s as good of an example as any. We know octane does way better than 160MB/sec on reads, yet here HDTune gives poor results. For now we’ll just use these as a qualitative cross check between the Patriot drives and other SandForce units. 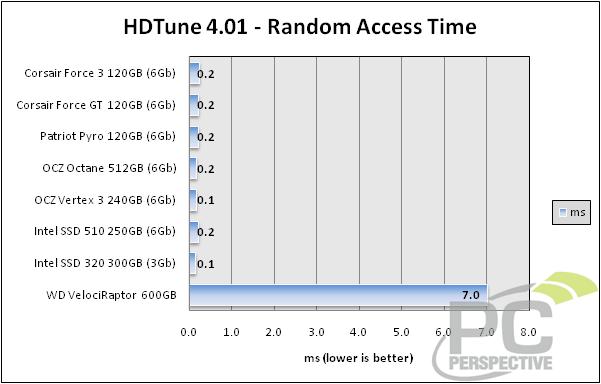 Here we see the Async (Force 3 / Pyro) and Sync (Force GT / Vertex 3) come into lock step with the opposite of each pair of SandForce controllers. Those previous oddities must be due to slight differences in selected flash memory timings.

Add 5GB to your pants!