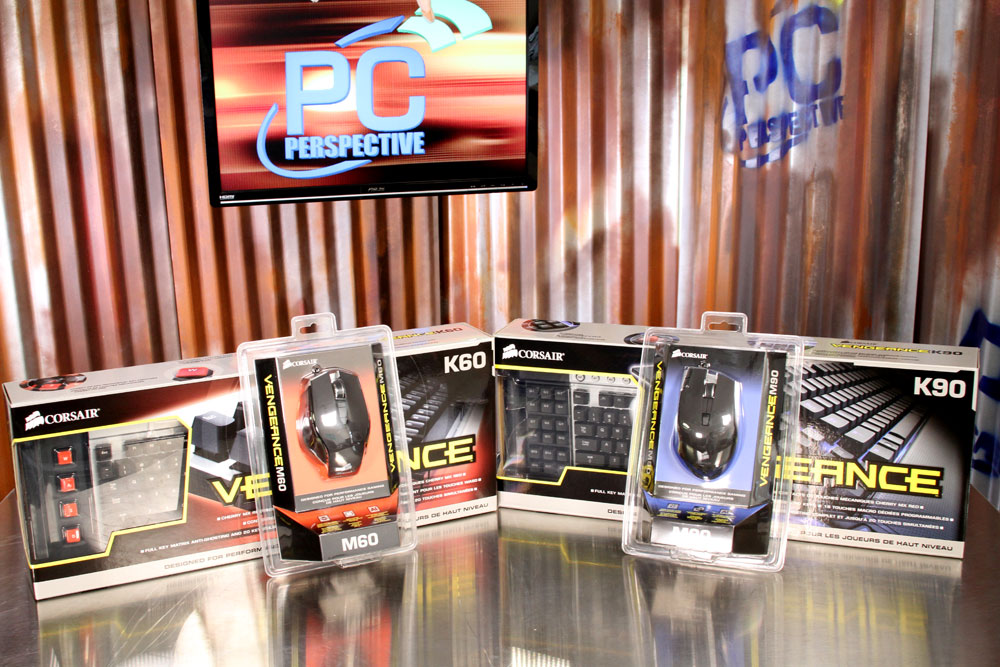 Corsair does just about everything now – memory modules, power supplies, cases, SSDs, headphones, speakers, water coolers, functional LED umbrellas and now keyboards and mice.  And just like we have seen when Corsair entered new markets previously, they took their time to do it right.  The Vengeance line of keyboards and mice offer two dedicated series for gamers of different persuasions: the K90 and M90 for MMO players and the K60 and M60 for predominantly FPS users.

The new keyboards consist MOSTLY of Cherry MX Red switches (which you can read more about here in our recent Rosewill keyboard roundup) and are generally very well built.  The mice have adjustable DPIs, lights and lots of button.  What follows is a pictorial preview of these gorgeous devices before our review sometime in the near future!  Enjoy!! 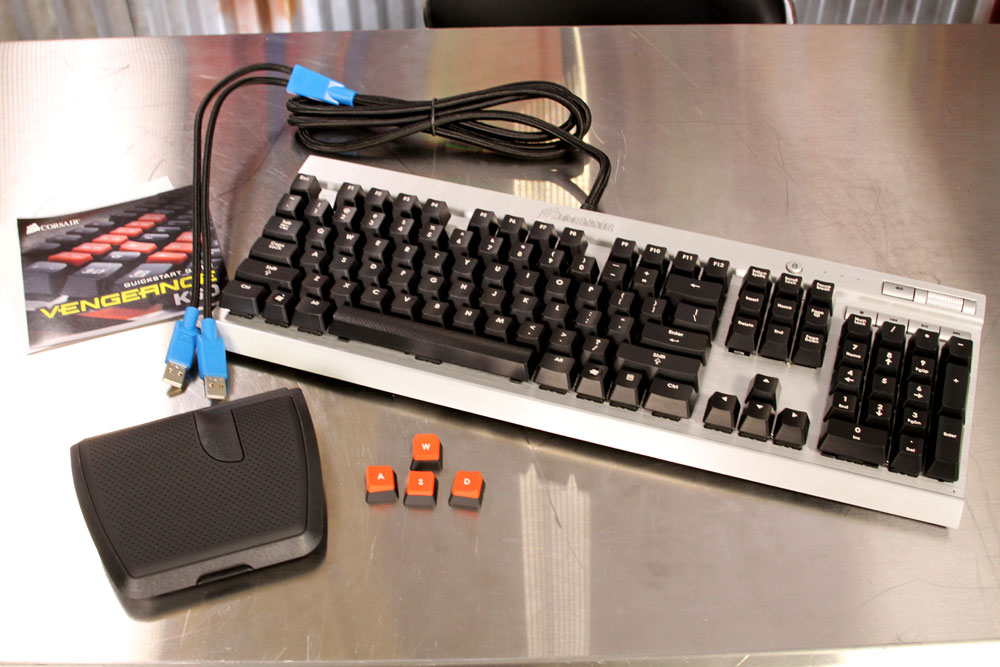 The K60 comes with a removable left hand rest for your frequent gaming as well as replaceable WASD keys that have a rubber texture to them and are slightly angled to keep your fingers from slipping out during those INTENSE gaming moments. 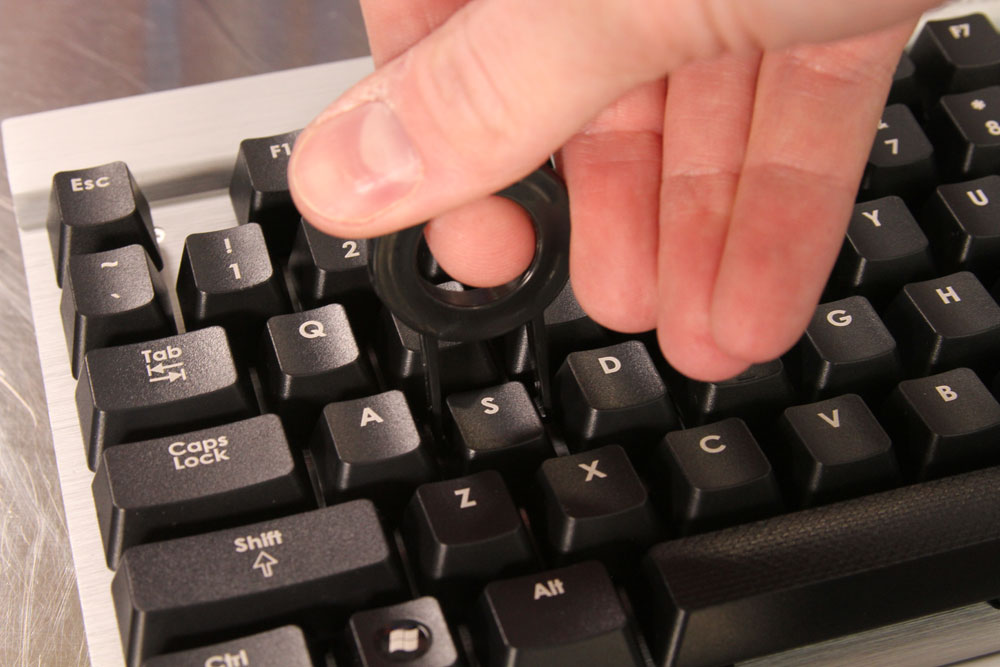 Corsair tends to think of the customer first so they were sure to include a tool to remove the keys rather than telling you to use a flat head screwdriver from your garage. 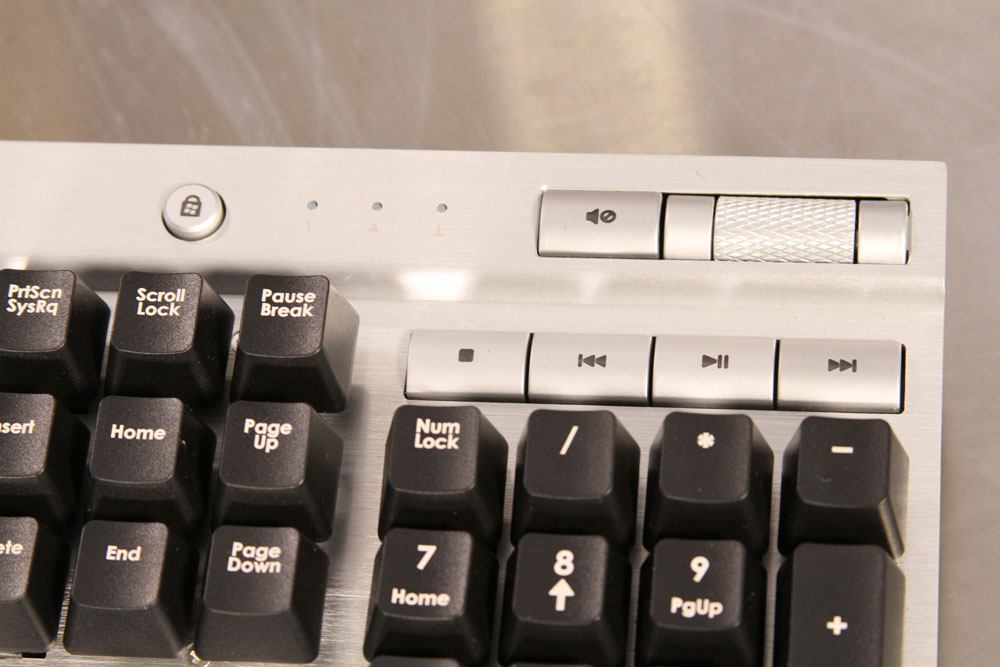 One of my favorite features is the Windows button disable key up there to prevent you from accidently hitting that during gameplay.

See a lot more photos of these devices in our full post!! 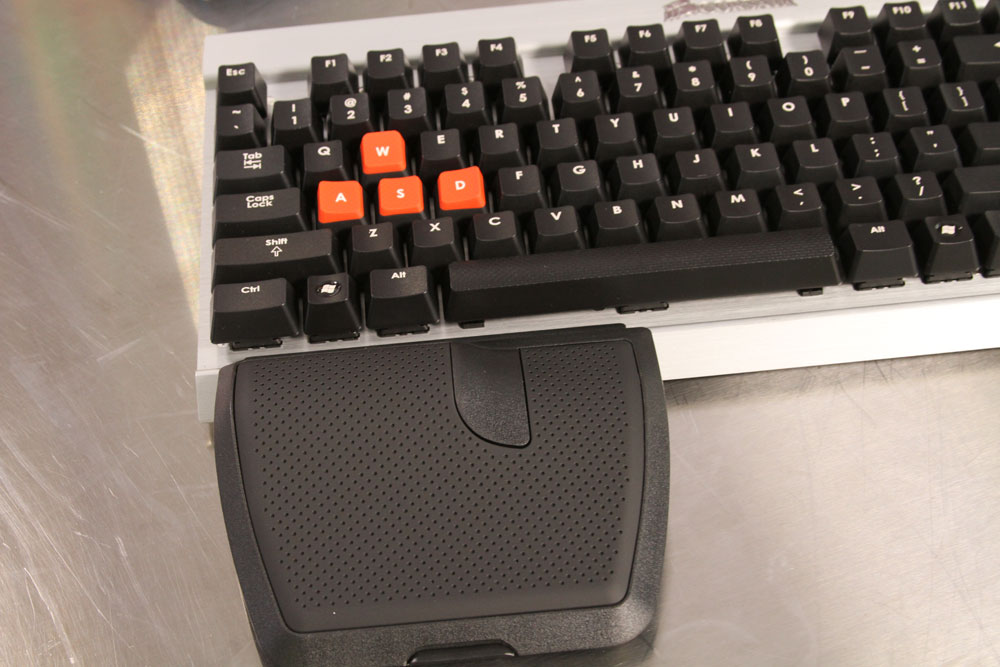 Here you can see the wrist rest that doubles as the storage box for the key removal tool and extra WASD and 1234 keys. 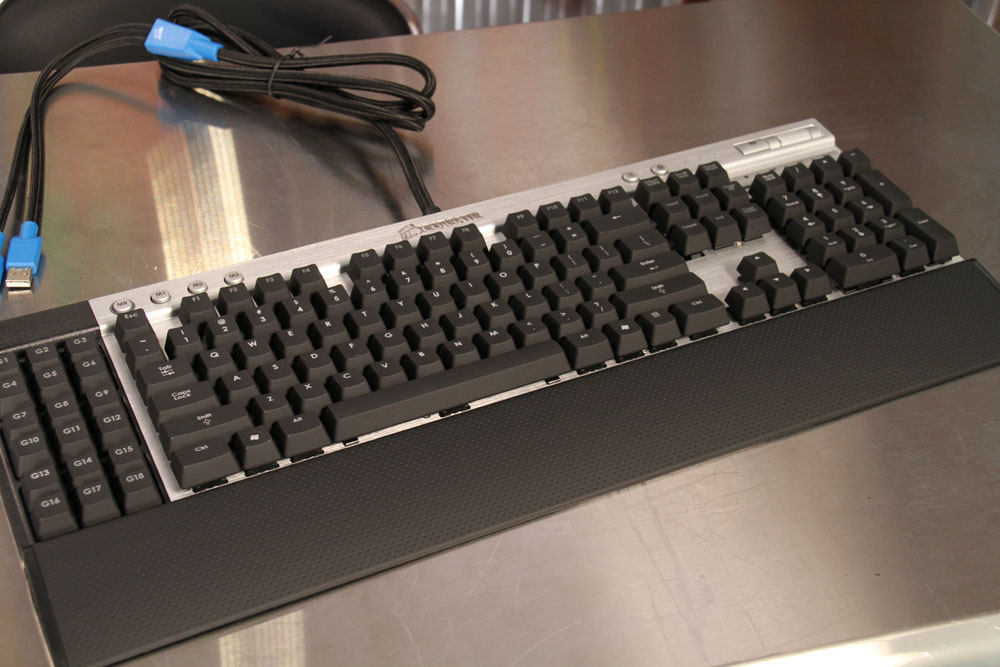 Here you can see the K90 built for MMO users though of course it would work well for any gamer.  The key features of this unit are the programmable "G-keys" on the left and a backlit key system. 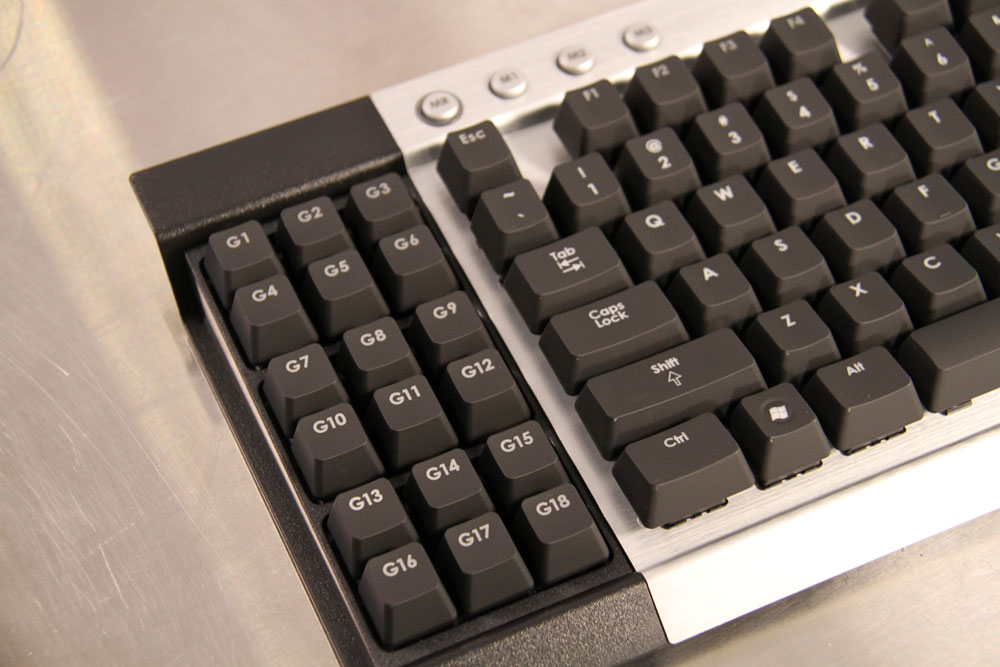 What I think is most impressive about these macro keys is that there is memory in the keyboard itself so that you can hard code the key combinations in and take your keyboard from PC to PC without having to install software. 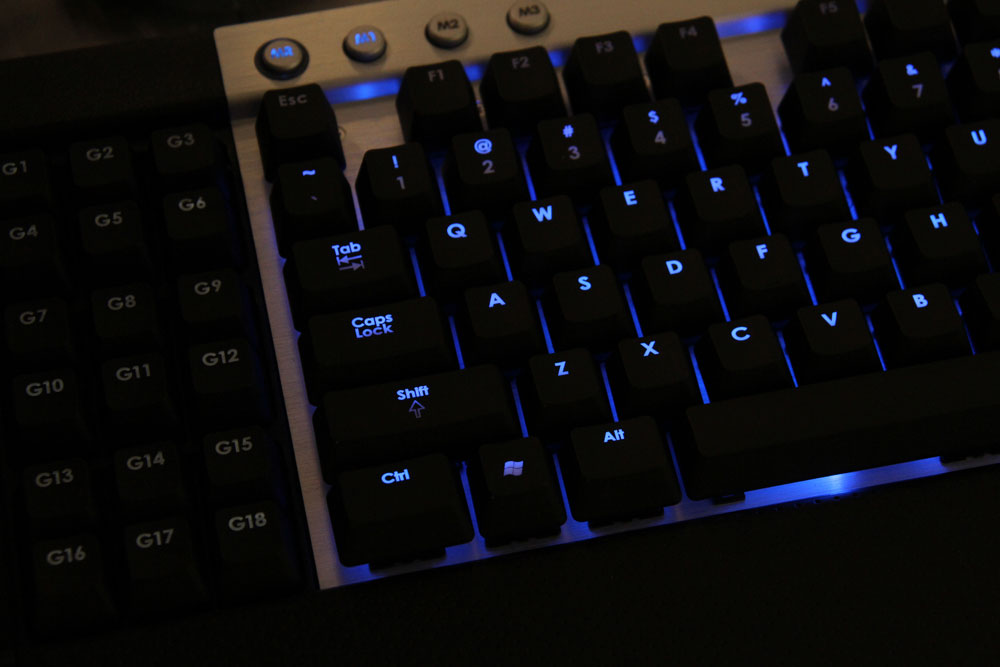 Here you can see the backlight on the keyboard – though I have to say I am disappointed they didn’t backlight the G-keys or include them in the Cherry MX red switches. 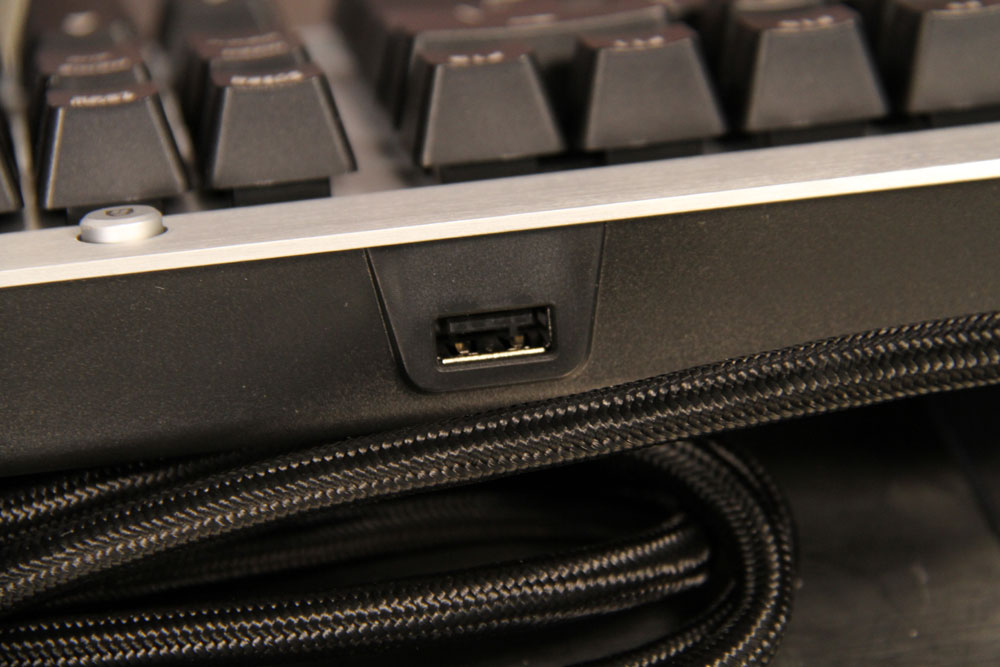 Both keyboards do feature a fully powered USB port on the back from mice, headsets, etc. 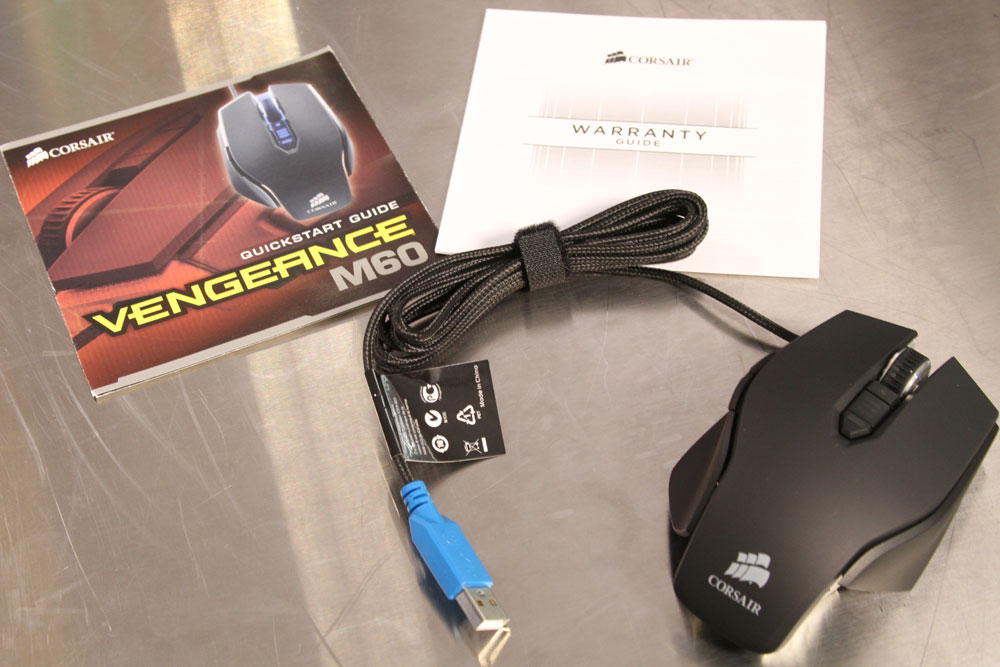 The M60 FPS gaming mouse is solidly built (they both are though) and has adjustable weights. 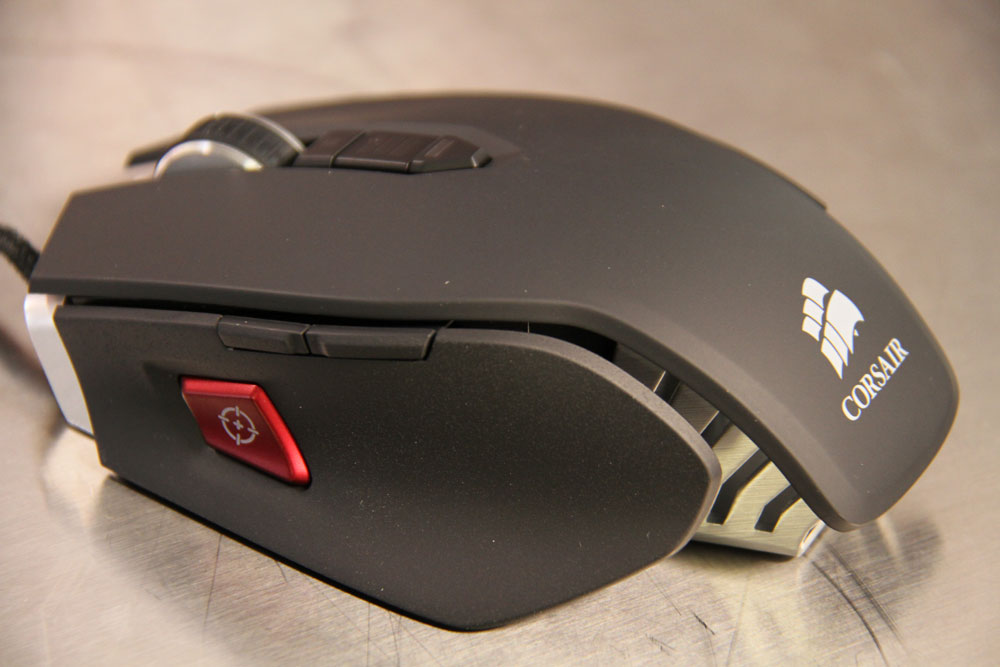 The sniper button reduces the DPI while it is held down and interestingly can be used for some interesting purposes in Windows applications as well as games. 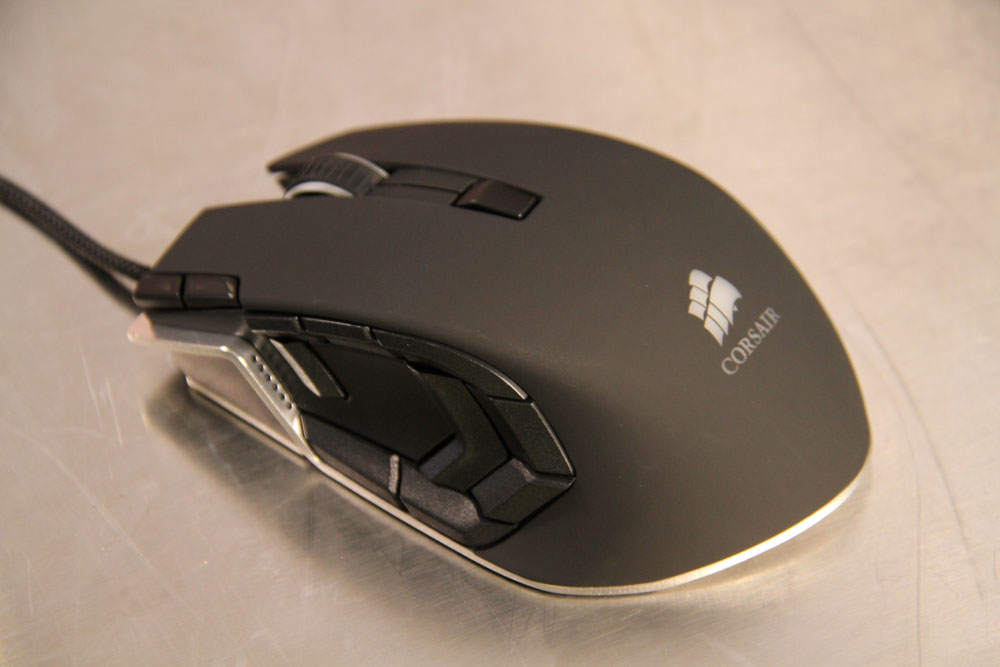 The M90 is a macro button mouse users dream with more buttons on the thumb area than I personally could ever utilize. 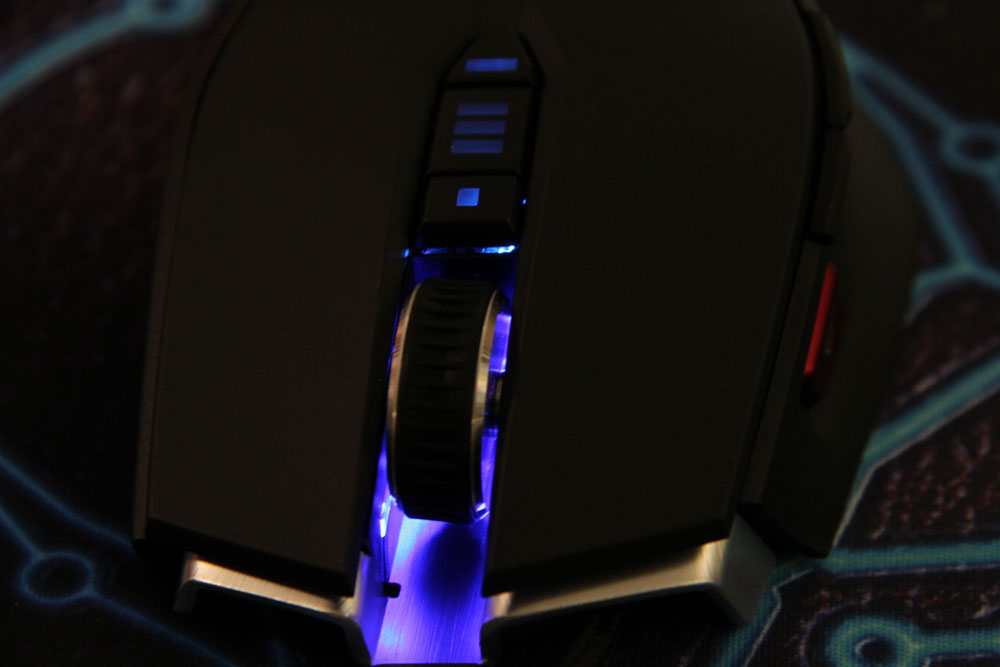 Following in the lineage of the K90, the M90 has a blue light under the wheel that gives off a glow.

So far in my quick usage all these devices have impressed me though I am leaning towards the K90 with its three-step backlight and the M60 mouse with its sniper button and on-the-fly DPI buttons.

Stay tuned for full review of the Corsair Vengeance line of mice and keyboards and – just as importantly – the software that allows you to utilize them!! 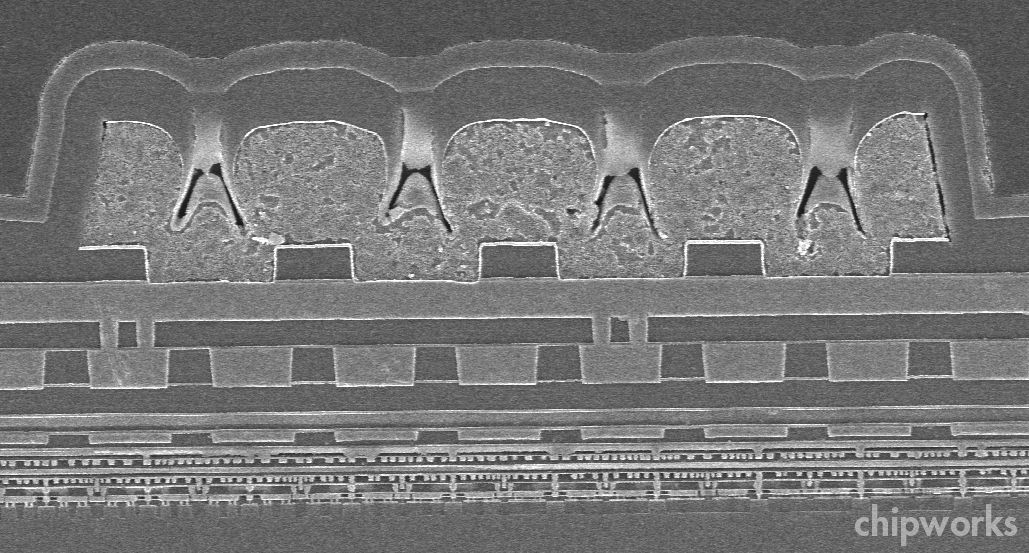 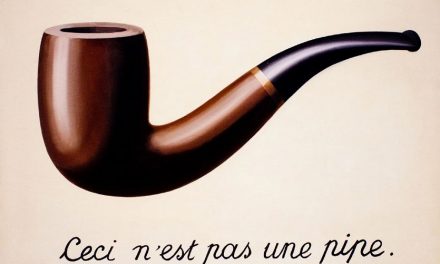 Give your cubicle some style