Upon receiving the new RK-9000s, it is abundantly clear that this keyboard has been redesigned around customer feedback. The most common complaint was the lack of PS/2 adaptor included in the box. To address this issue, they made the entire cord detachable from the unit interfacing with a standard USB B-mini connection. Inside the box they included two cables: a USB A to USB B-mini braided cable and a PS/2 to USB B-mini braided cable. Why include an adaptor when you can have a whole second cable? 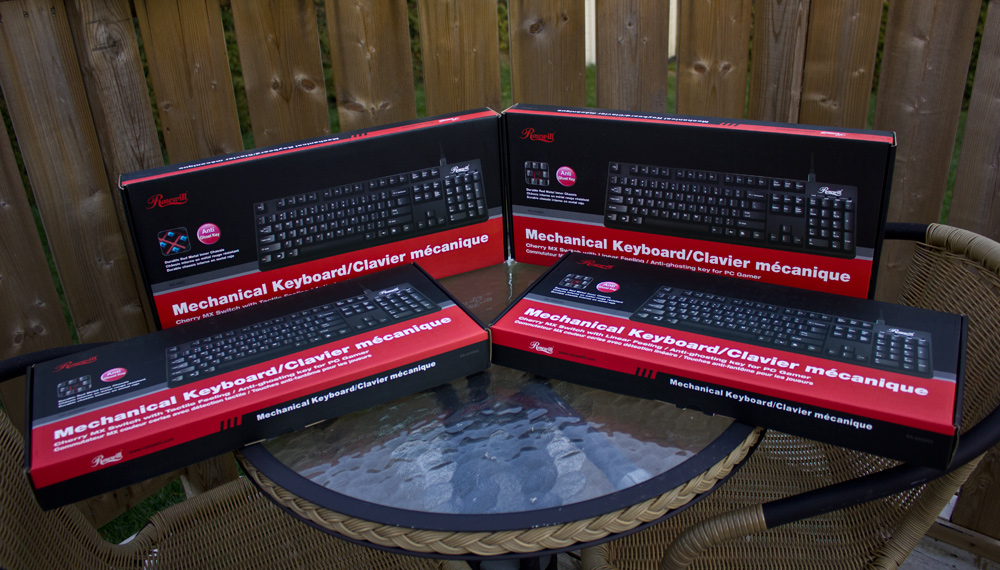 Rosewill also listened to customer feedback about the lack of choice beyond the Cherry MX Blue switches. The new RK-9000 comes in four Cherry flavors to suit your tastes. Your typical typist will likely head toward the Cherry MX Blue variety (RK-9000); your typical gamer will likely prefer the MX Red (RK-9000RE) or MX Black (RK-9000BL) switches; and the MX Brown (RK-9000BR) is for the middle ground between the Blue and Black switch. Your decision relies solely on your specific needs out of a keyboard. 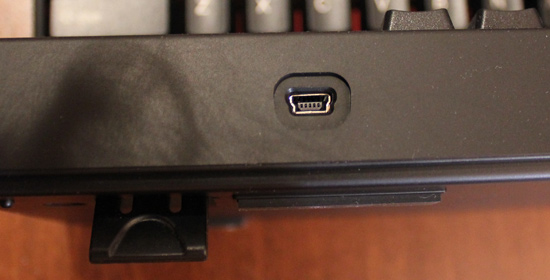 I was somewhat nervous about getting my old RK-9000 confused with the review unit so I blotted out the Rosewill logo with permanent marker while the second generation set was still in transit. In hindsight I should have waited until I received the new keyboards as they are easy to tell apart. Even beyond the detachable USB cable, the physical case of the keyboard has a smooth plastic finish unlike the rough finish of the original. 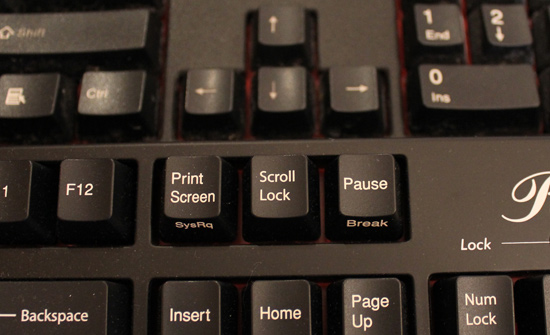 Old on the top, new on the bottom. Bumpy vs Smooth Case, same keys.

The feel of the second generation keyboards are quite similar to the original. I cannot detect any real difference between the feel of the keycaps with the original keycaps. Both keycaps are laser printed and have very hard edges rather than the rounded corners of a Razer BlackWidow. While I barely prefer the rounded keycaps of the Razer, I definitely enjoy the typewriter feel of the Rosewill keycaps.

In terms of extra features: there are none to speak of. I tend to type in a somewhat darker room which makes it difficult for me to use non-backlit keyboards. I also occasionally control music from RDIO’s desktop application while typing or playing a game so media keys would be nice. I never use macro keys on my keyboard so the macro keys can stay gone for me. A wrist guard would have been nice, even as an optional purchase, but that is not so.

The second generation still supports NKRO over PS/2 connections. This was testing using AquaKey and pressing down as much of the keyboard as I possibly could. Sure enough, it was able to register dozens of key presses at once. 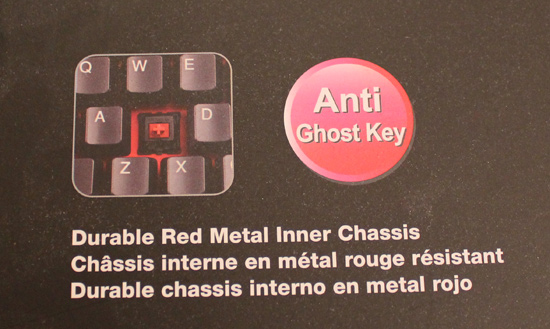 The keyboard advertises as anti-ghosting, though when a keyboard is NKRO being anti-ghosting is pure marketing. Ghosting occurs when a keyboard has too many buttons of specific combinations pressed that it looks to it like bunches of other buttons are also pressed. An anti-ghosting keyboard registers this spam of fake buttons as an error and ignores everything; this is called jamming. Since an NKRO keyboard can see each and every key uniquely, the conditions to cause ghosting are never present.

We have experienced a problem with our batch of second generation RK-9000 keyboards. On three of the four keyboards we received the backspace and spacebar keys tend to squeak quite loud, reproducibly. We have been in contact with Rosewill and they stated that they have identified the problem and it is fixed in the very next production run. The squeak also has mostly gone away for two of the three squeaky review units already.

Other, older reviews and customer feedback of the second generation RK-9000 have mentioned other problems including ghosting on the lower row of keys. That problem was fixed even before the batch that I have received my review units from. I never experienced it. It should not exist anymore.

Old on the left, new on the right.

The only other complaint I have is that the rubber feet on the two little riser flaps of the RK-9000 are not present in the new generation. Because of the lack of rubber feet the second generation does not feel as stable when the riser flaps elevate the keyboard. They are fine, particularly because of their weight, but slide more than the original.