Looking at the relative power consumption of the GPUs presents interesting information on how the parts compare in terms of compute efficiency.  The performance results for the HD 7870 and HD 7850 are looking pretty good but let’s see how those power numbers work out. 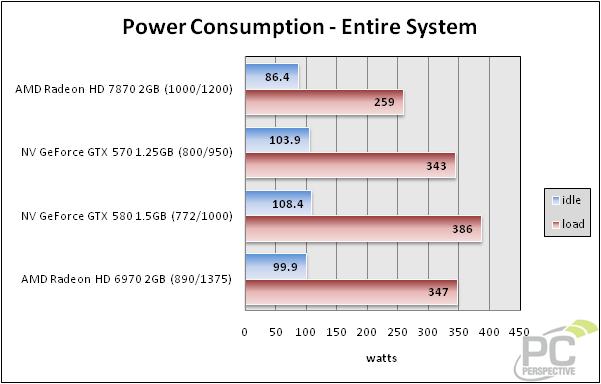 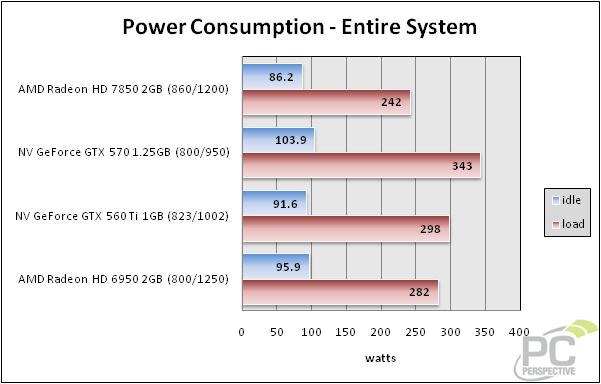 The HD 7870 compares pretty favorably against the GTX 570 card from NVIDIA and does so while using 84 fewer watts of power – no small feat at all.  The GCN architecture and 28nm process are proving to be incredibly efficient.  If you look at how closely the HD 7870 can perform against even the GTX 580 in select tests (Metro 2033 and Deus Ex), the wattage difference of 127 watts is even better. 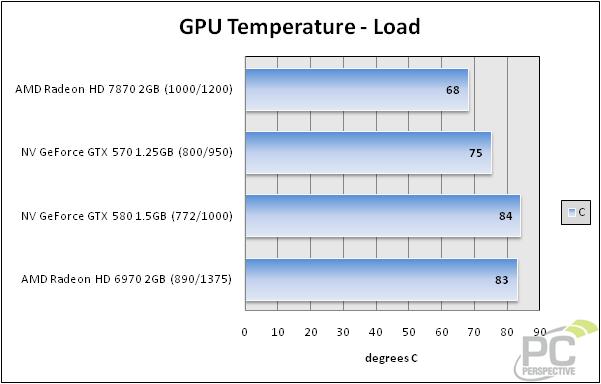 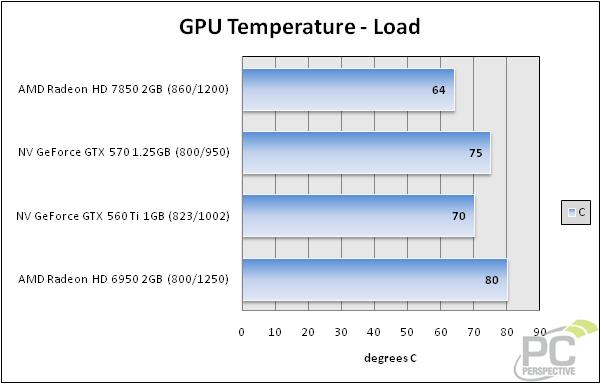 Just as our power consumption numbers were impressive, the corresponding temperatures in our reference cards are just as noteable. 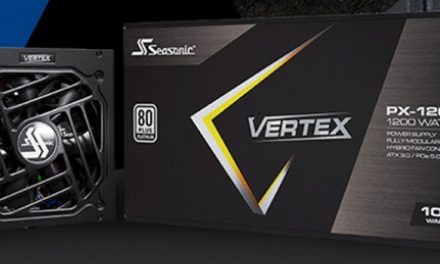