While writing up this review I decided it might be interesting to see how well the new, and nearly complete, Radeon HD 7000 family of graphics cards scales from top to bottom.  So I put together a few graphs that show the performance of all six of the new AMD options.

I absolutely LOVE the even spacing between these cards and I truly hope that AMD is able to keep that kind of division as it makes the buying decision for consumers very simple.  What is your budget?  Boom, you know your card.

Let’s see if the performance gaps are as consistent as the price gaps. 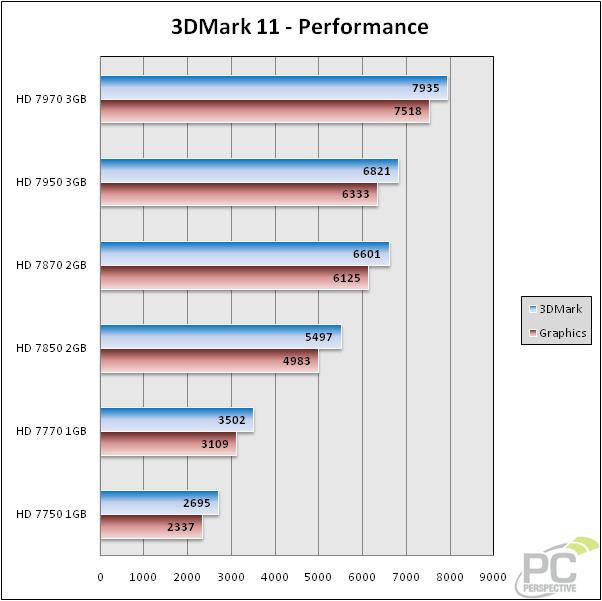 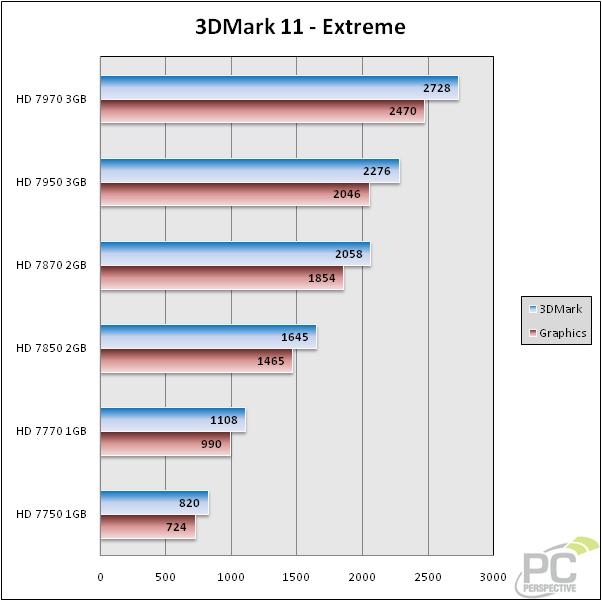 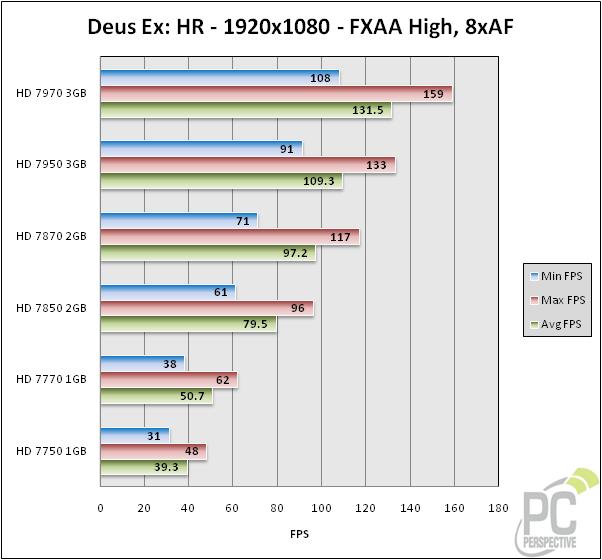 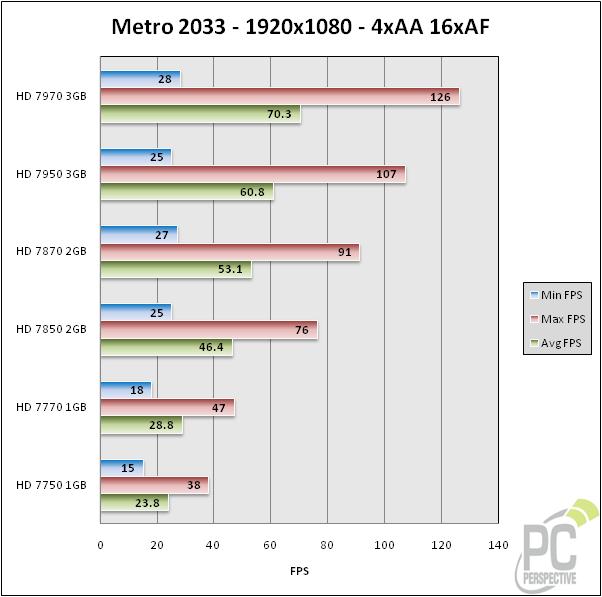 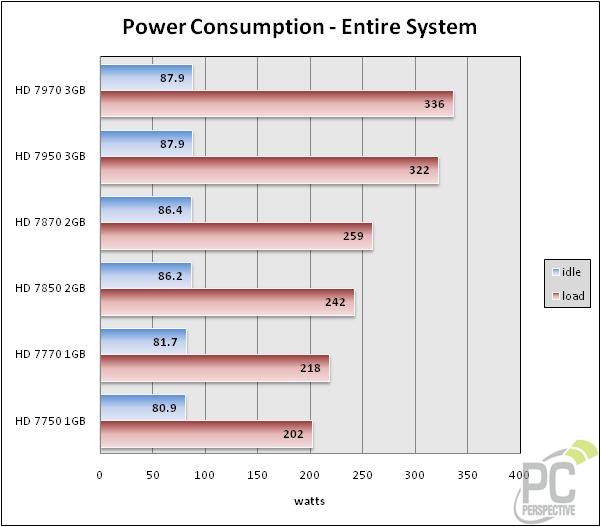 According to the 3DMark11 tests, the most narrow gap in performance is actually found between the HD 7950 3GB and the HD 7870 2GB options though they don’t really take into account the advantages you get with the added frame buffer.  Metro 2033 and Deus Ex have the gaps between those two cards to be much more inline with the rest of the bunch and in fact we seem to get some pretty even, nearly linear scaling.  The largest gap is seen between the HD 7850 and the HD 7770 and this seems to indicate that PC gamers would definitely benefit the most by moving from the $169 7770 to the $249 HD 7850.

The power consumption scaling is even going from the HD 7870 on down though there is definitely a power increase that is more noticeable going to the HD 7900 series of cards.