The TUF series of motherboards has been around since the release of the P67 chipset and has had 990FX and X79 derivatives.  ASUS showed off the upcoming Z77 model at our meeting that integrated even more unique features for a user that wants a motherboard to last. 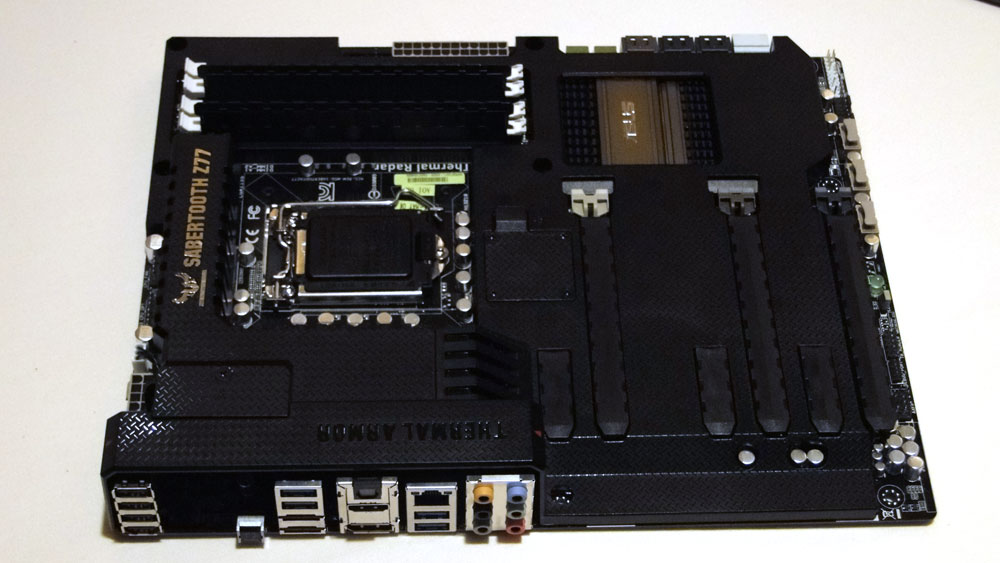 The Z77 model marks the return of the armor from the P67 days, a cover that hides nearly the entire PCB.  Only the CPU socket, DIMM slots and chipset heatsink remain in view. 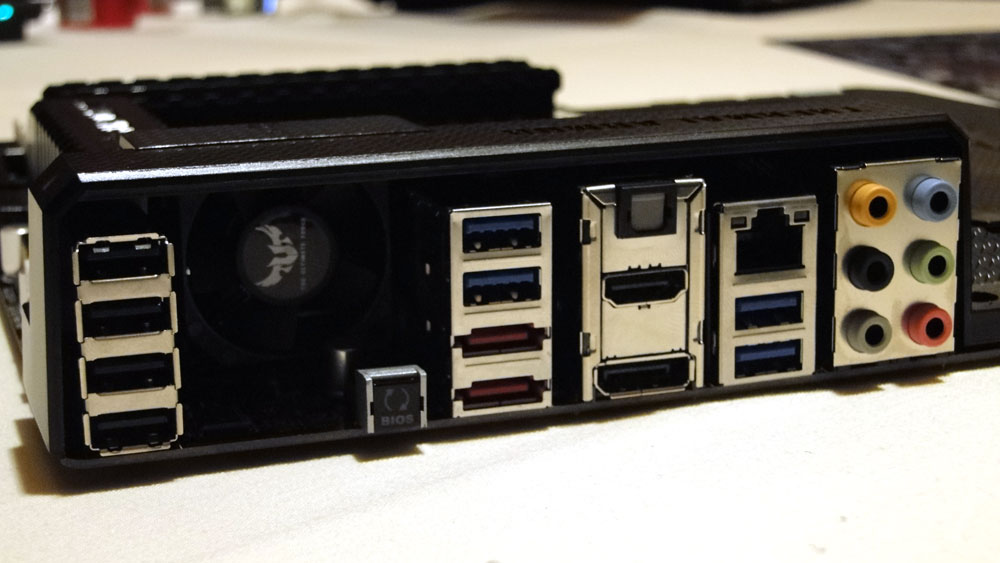 On the back we find the IO connections as well as an intake fan that brings in cool air from the back of the system to blow on the VRM components. 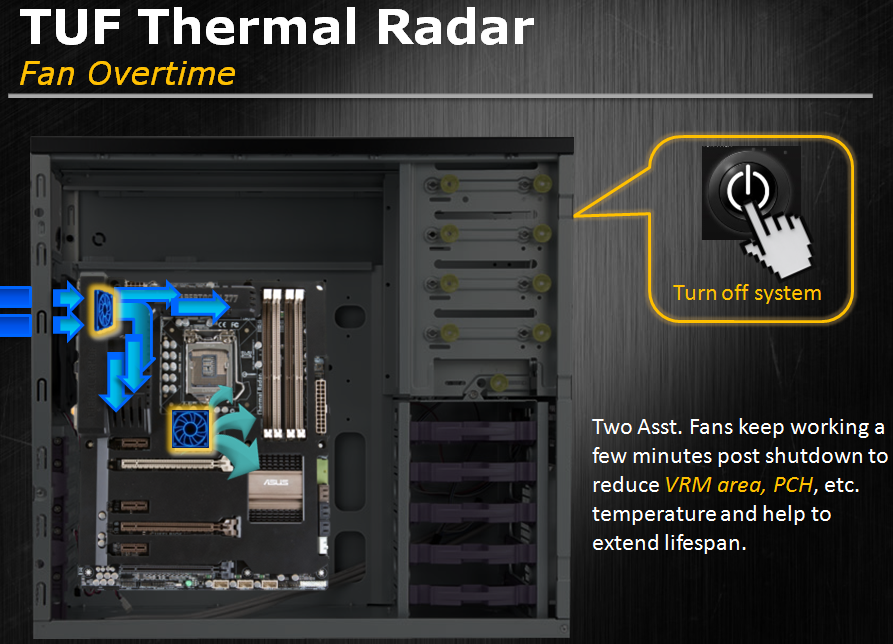 Part of the new Sabertooth feature set, ASUS has integrated Fan Overtime that keeps this back panel fan and the fan above the PCIe slots spinning for a few minutes after the system is completely shut off.  Don’t worry though, you can still change components while these fans are spinning if you need to! 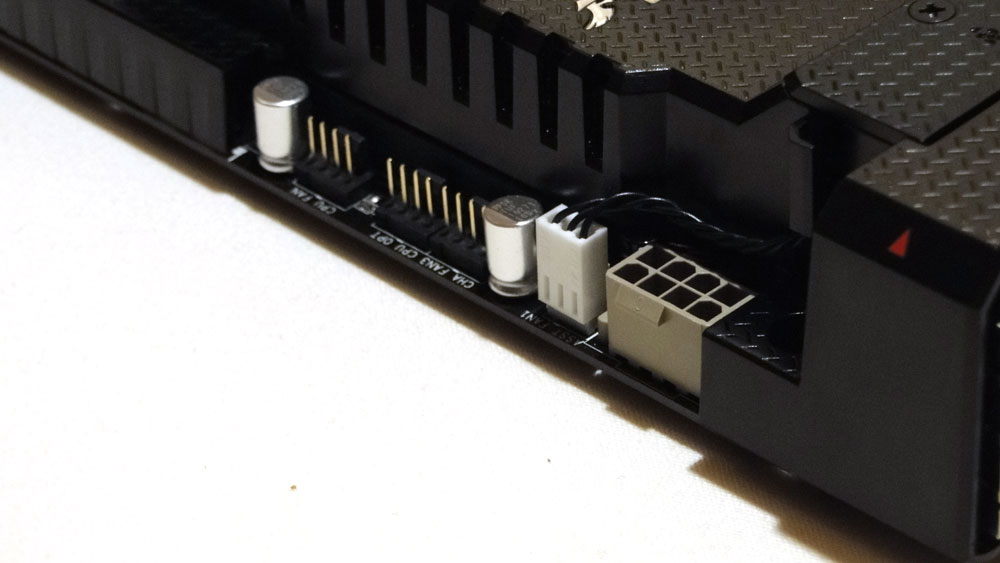 The 8-pin ATX power connector is hidden above the thermal armor and might be a bit problematic to reach after installation. 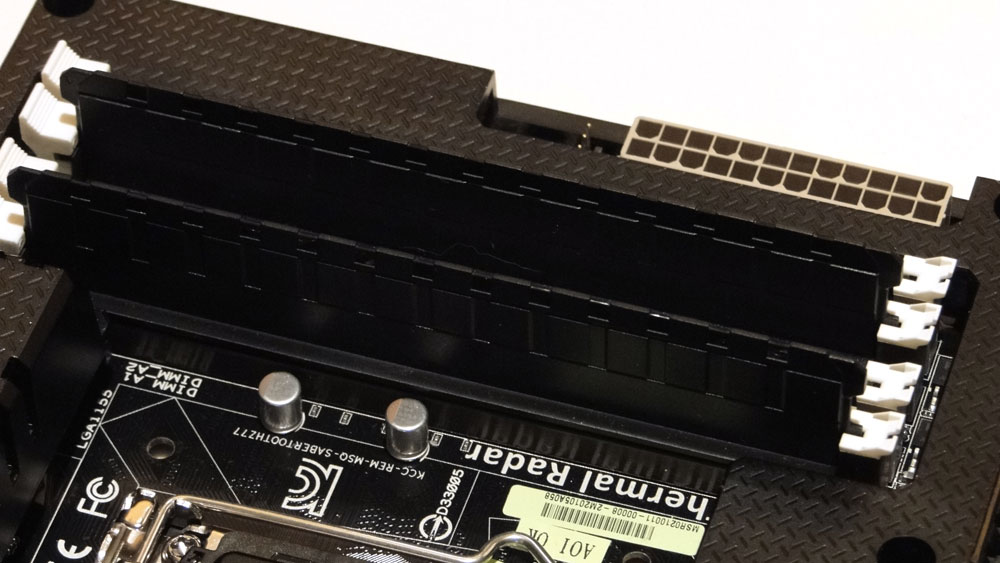 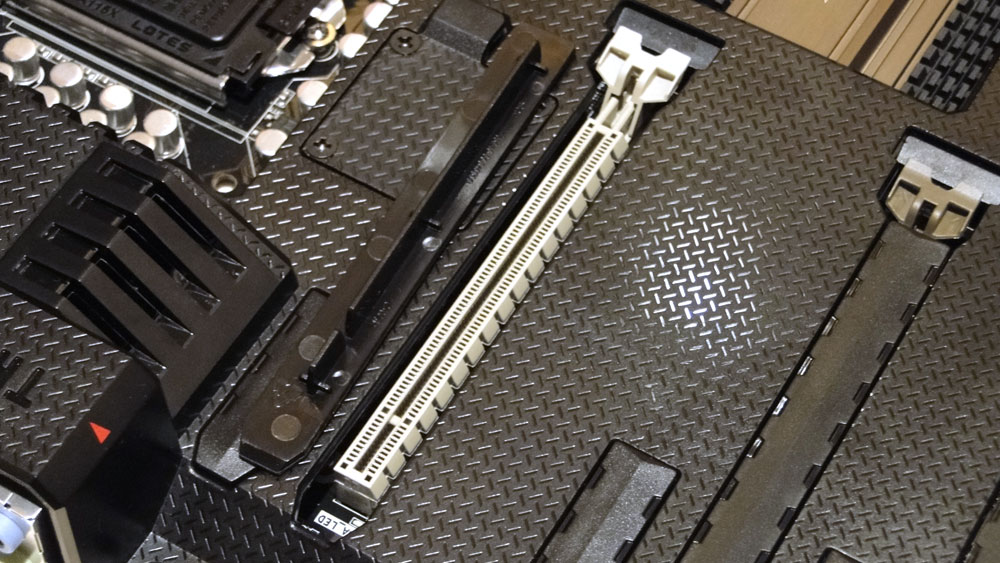 The DIMM slots and the PCIe slots integrate the Dust Defender – clips that install to block dust from entering when they are not in use. 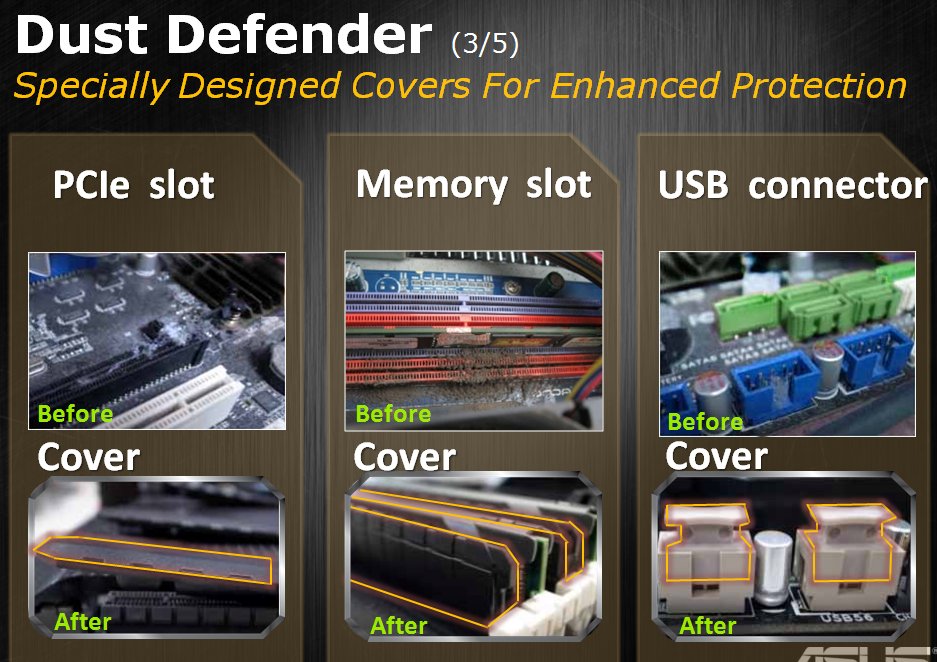 If you have ever opened a dusty computer case you will likely see the benefits to this new technology.  Now if we can just see these integrated in lower cost boards as well.

The final board on our tour from ASUS was the workstation board, aptly named the P8Z77 WS. 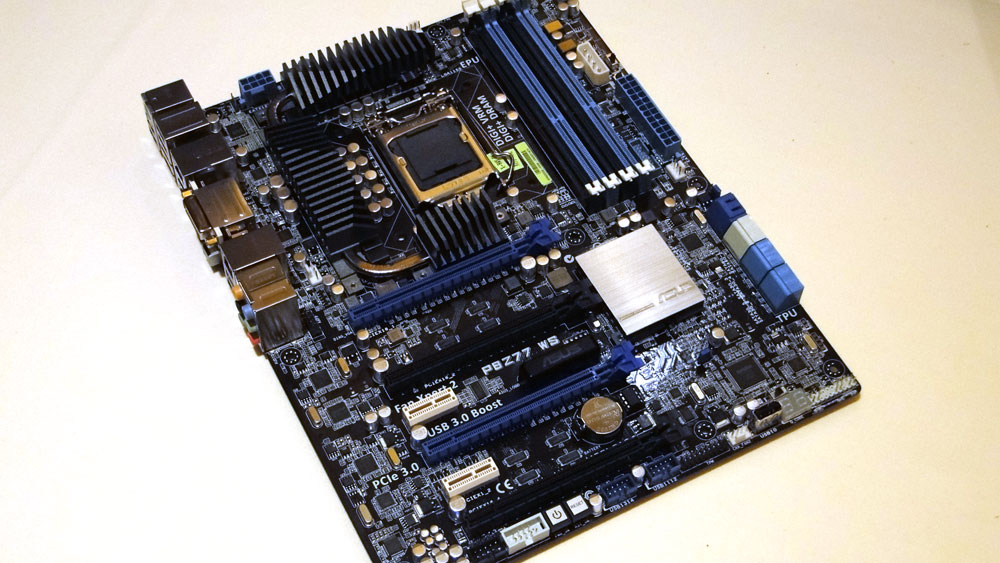 This was the only board we saw with four PCIe x16 slots and also the only one integrating a PCI Express 3.0 capable PLX chip to maintain enough bandwidth on all four slots for quad-GPU use. 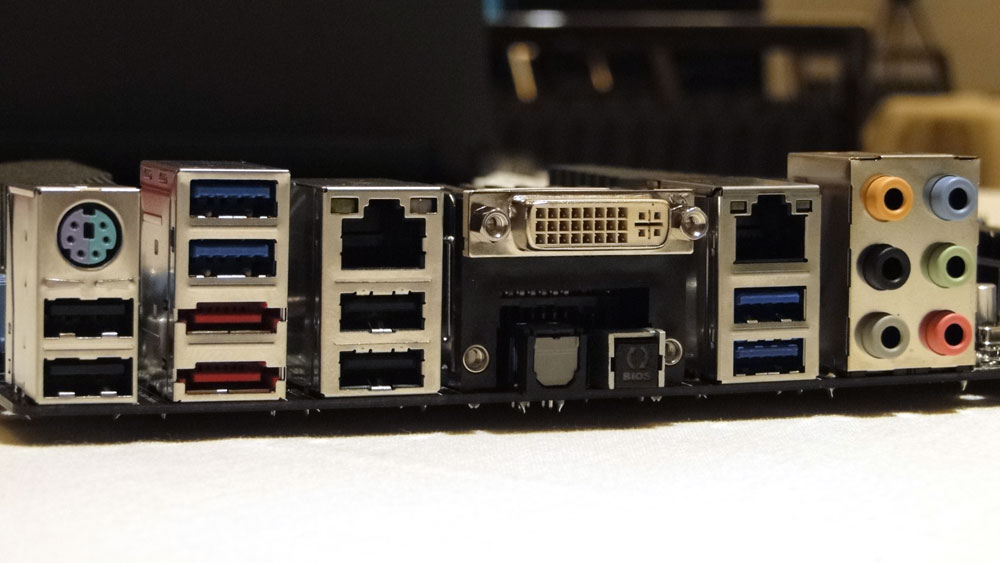 The IO configuration is looking pretty dang familiar though we do like seeing the DVI output on the workstation class board! 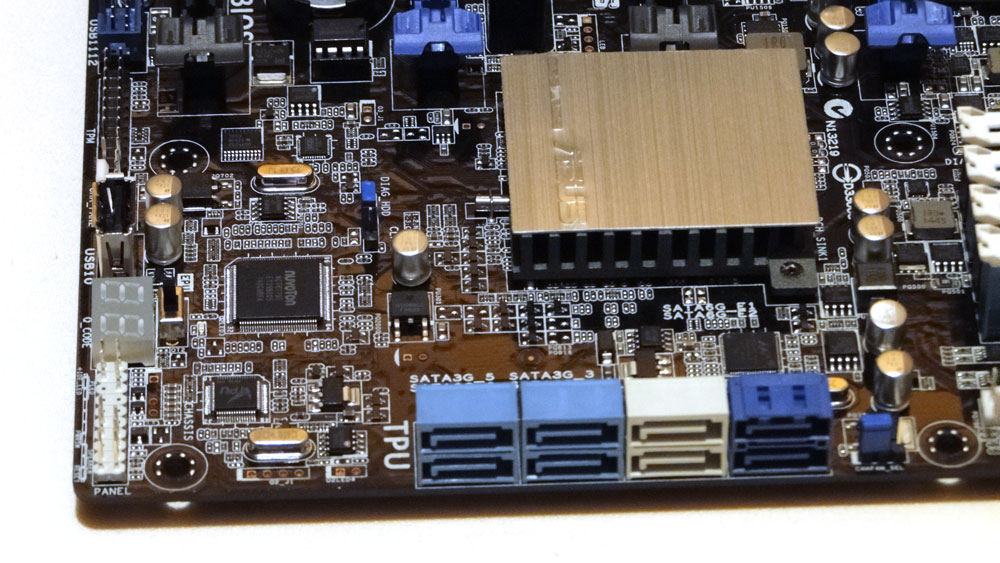 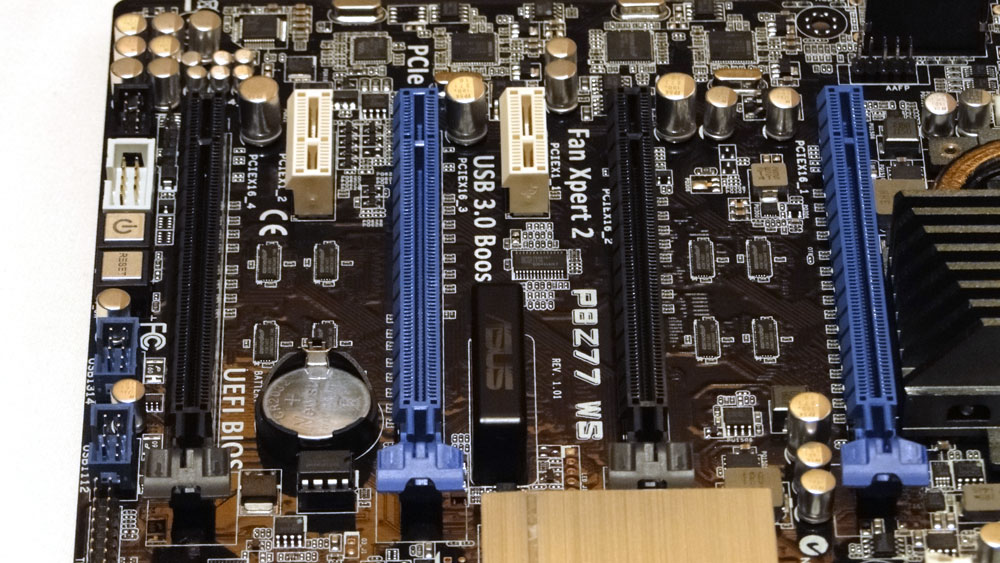 That raised ASUS label there is actually an LED light to let user know (in a windowed environment) if they are running stock or overclocked settings – why this wasn’t integrated in some fashion on the Maximus boards is beyond me.

To be honest, there isn’t much more we can say about the lineup of ASUS Z77 motherboards we are showing you here today.  We need to spend a lot more time with each to really get a feel for the new platform and there is much we aren’t allowed to discuss yet including new Z77-specific features and performance changes.  You will likely see some reviews of Z77 products using Sandy Bridge-based processors in the coming weeks to help out in that regard.

After our time with ASUS last week learning about the Ivy Bridge, Z77 and the features that ASUS as built and redesigned, we are confident that the company is going to have the most robust and complete lineup of products available from any vendor.

What are your thoughts on these boards and the future of the Z77 platform?  Let us know in the comments below! 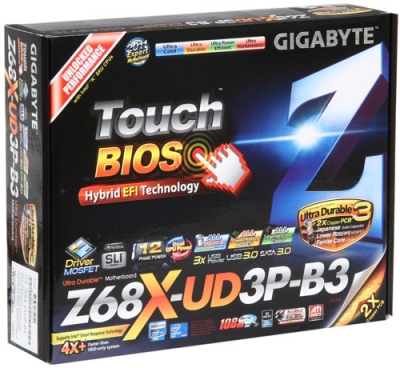 The difference a letter can make; 4 LGA1155 boards from Gigabyte