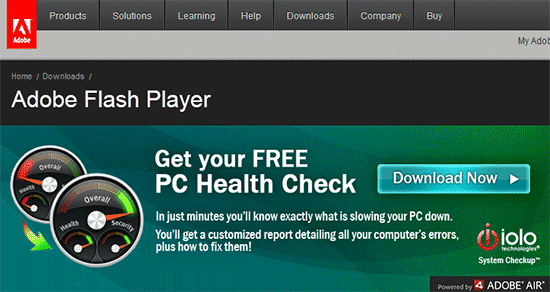 A recent Adobe auto update included a poorly labeled advertisement for IOLO System Checkup. The ad urges you to purchase System Checkup by dramatizing mundane events on your PC to be remedied only by their paid product. The scan also fails to alert for issues which actually are serious and commonplace.

Adobe has been known to be slightly haphazard with using their update application for advertising purposes. If you are not ever vigilant it is possible that your computer could be gifted a trial of McAfee antivirus or something.

An advertisement for System Checkup by IOLO has recently been added to the site you are directed to after a manual update of Flash. Upon running the “Free PC Health Check” you are prompted to purchase the full product to fix the problems it finds. Ed Bott over at ZDNet takes exception with the advertisement.

At least it does not cripple your machine until you pay.

Ed Bott complains about the advertisement, and Adobe’s distribution of it, on two main grounds: the scanner urges you to fix things that do not need to be fixed allegedly to alarm you and it fails to warn you about things that you should be alarmed about.

Throughout the article, he runs the scanner a couple of times on a couple of setups and discusses the issues it claims to have found and points out what it should have detected but failed to.

First and foremost if software wishes to protect your PC from attack it should, at the very least, ensure that you are patched. On a completely unpatched machine, the scanner did not even try to warn the user to update their operating system.

Likewise, the application claimed that the user’s RAM required defragmentation. Most of our users should be aware of defragmenting, what it does, and why it is not useful for SSDs. Extrapolate that thought to RAM.

The moral of this story is to be absolutely careful about what you run on your PC. While the scanner itself is harmless outside of alarmism, there are plenty of others which are malicious. Even if you trust the site, it is possible that the website could have been compromised by an attack and forced to deliver you malicious content.

While, again, this situation is not malicious — just feels annoying and grossly misleading — it should be one more event to teach you that the only thing to keep your computing device safe and properly functioning is your constant vigilance.

Shush! I can’t hear myself type 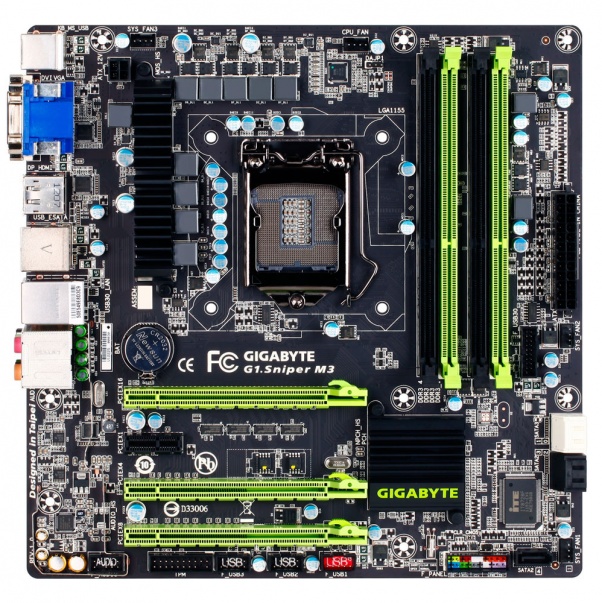 The new and improved standard for desktops?