The HD 7970 introduced a new feature called “Zero Core” which basically shuts down the majority of the GPU when the screen goes into sleep mode. This allows resting power to be around 3 watts for the entire video card. The use of TSMC’s 28 nm process has also helped in that even though this is a larger chip, the finer process with more advanced materials technology enables the chip to pull less power at idle and load. 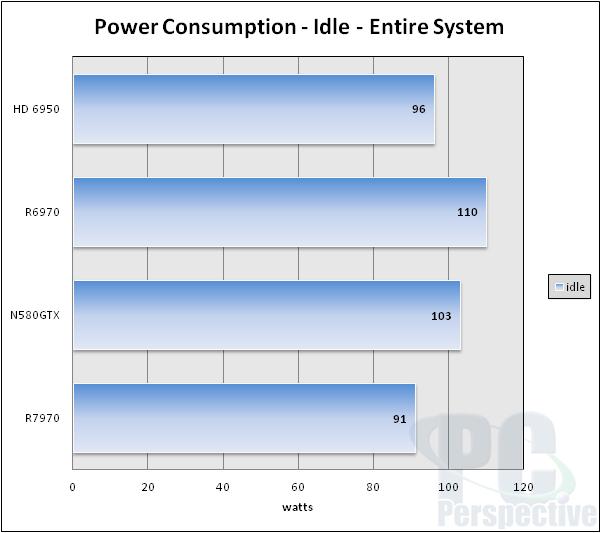 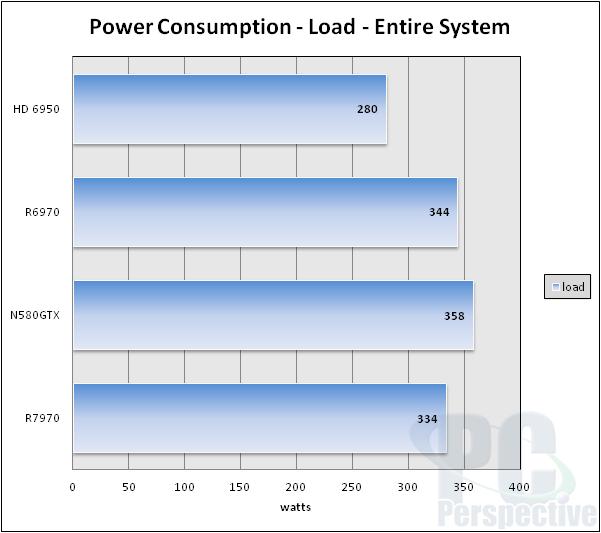 With the screen still on we see the R7970 having the lowest power draw of the products listed here. It is even slipping below the HD 6800’s at idle. Once loaded we do see some significant changes, but of the Lightning cards the R7970 is still the lowest powered option. When the screen is off, an extra 13 watts is saved by the R7970 at idle.

In terms of heat, the Lightning series have seen some of the best results for high end cooling solutions. The upgraded Twin Frozr IV cooler certainly has helped to keep temperatures low. How low? Let’s see. 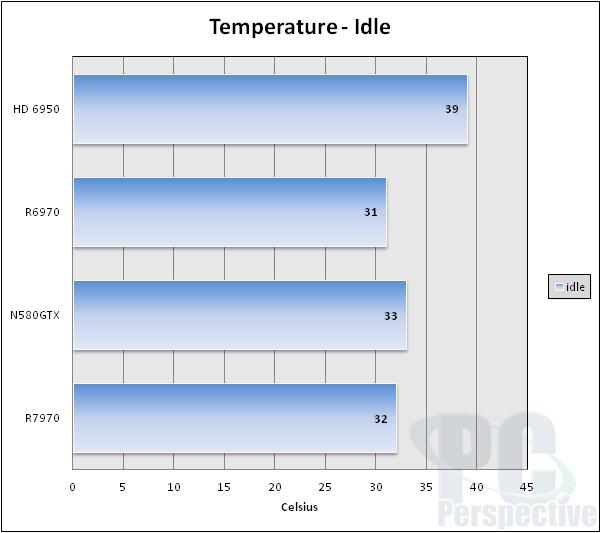 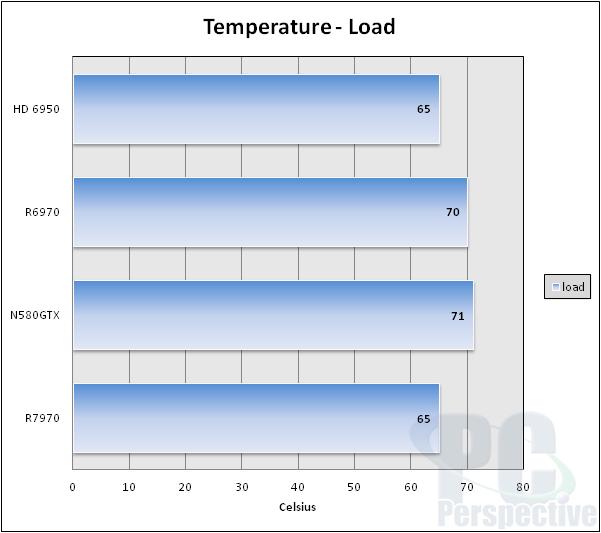 The other three units are Twin Frozr III products, but the IV seems to give it a slight edge in the Lightning race. The lower clocked, partially disabled HD 6950 is the only one that can match the peak temp of the R7970.

My overclocking experience was initially disappointing. I was only able to get the card to 1090 MHz stable on the GPU. The memory was pretty recalcitrant as well, and it would show issues anywhere above 1400 MHz. Once the new BIOS was in place, the GPU Reactor re-installed, and the card wiggled vigorously in its slot, things improved. I was able to hit 1170 MHz core and 1500 MHz (6000 effective) memory with the GPU voltage up at 1.218 volts. Without voltage increases the GPU was able to go to 1120 MHz stable.

The overclocking was done with the GPU Reactor installed (results were about 15 MHz slower when uninstalled). MSI’s latest Afterburner Beta 14 was used, as it fully supports the new R7970 Lightning.

I was somewhat disappointed in the particular sample that I received. The initial issues could indicate that it is a temperamental and possibly flaky card. Not every card comes out perfect, and though it probably passed all the tests at the factory, usage in a real world environment exposed its flaws. Again, I have seen other examples of this card clock much higher than mine, and not have the same initial problems that I experienced. There is no guarantee when overclocking, and I initially came out on the wrong end of that one. Through some patience and work, I was able to get this card running about where it should be. I think I missed out on some of the potential, but at least it turned into a stable and fast card.