The Romanian site Lab 501 was able to snap some shots and get some information about the latest generation of custom built graphics products from MSI.  We had actually talked to Alex Chang of MSI about what Twin Frozr IV would bring to the table, but today we actually get to see the (nearly) finished parts.

It looks as if MSI is changing around their color scheme, but the heatsink remains as big as the previous generation’s.  (image courtesy of Lab 501)

﻿The products shown were of course only the AMD based parts, as the NVIDIA Kepler products are still under wraps (but apparently should see the light of day later this month).  MSI is giving the full Twin Frozr IV treatment to every HD 7750 and above part.  The HD 7970 is getting the Lightning edition with all the bells and whistles, while the HD 7870 is going under the Hawk brand.

We have few details about what all Twin Frozr IV includes, but it keeps the propeller blades and the anti-dust technology that we first saw in the N580GTX Lightning.  From the shots we have, it does not appear that they will be using the temperature sensitive fan units that actually change color when going above 45C. 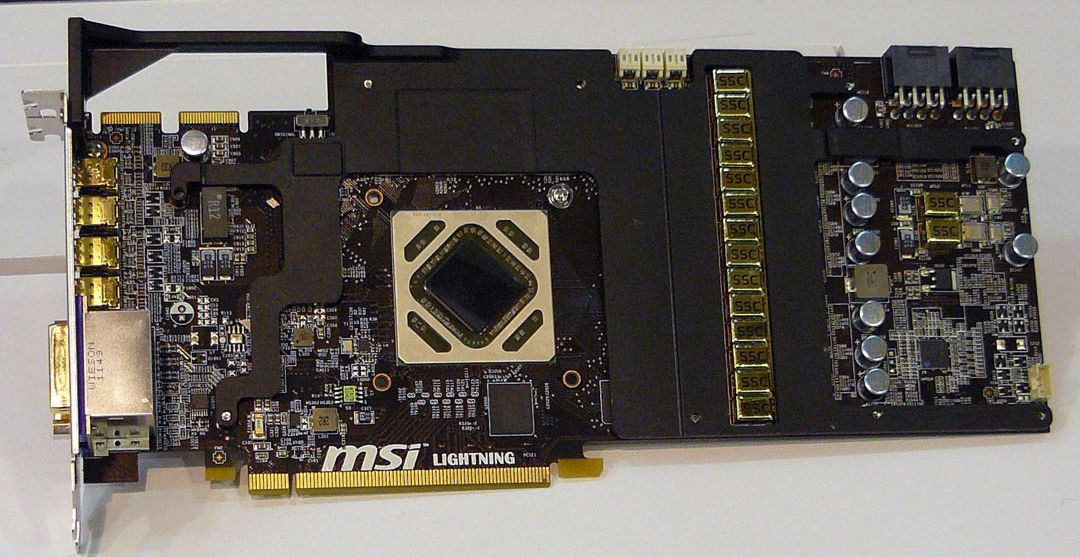 They were able to take a good shot of the board without the heatsink, and it is just as jam packed as the previous Lightning products.  (image courtesy of Lab 501)

The Lightning will feature a total of 4 Display Ports and 2 DVI ports, so it can support up to 6 monitors at once.  This appears similar to what Asus did with the EAH6950 and EAH6970 cards that were recently reviewed here.  The Hawk will only feature 2 Display Ports, HDMI, and DVI-I.  The rest of the lineup looks like reference based cards with custom Twin Frozr IV coolers. 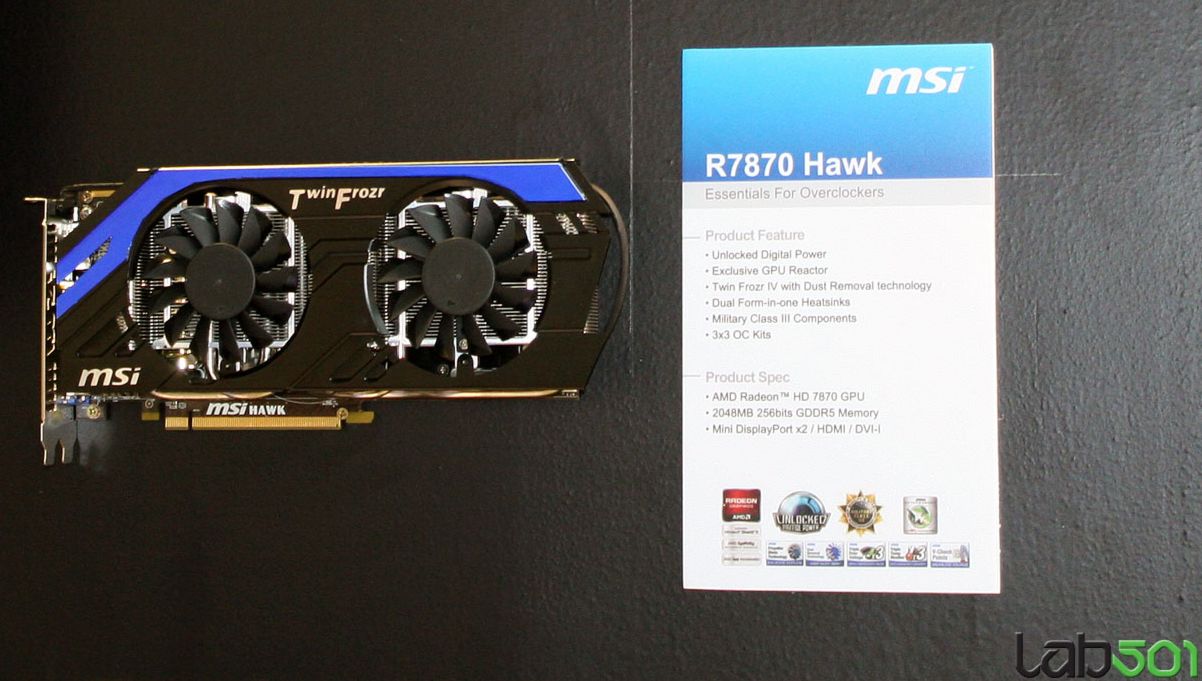 It is good to see MSI continues with the more affordable Hawk brand.  (image courtesy of Lab 501)

Of particular interest is the board design of the Lightning card.  It is simply jam packed with power regulation components and the new "Twin Form-in-One" bracing system which supports both sides of the PCB with metal plates to minimize warping, improve cooling, and funnel airflow.  Looking at the back of the card reveals the plate having a nice sized hole in it which would be perfect for another fan to cool all of the components on the back.  More digging has informed us that it is actually a removable "GPU Reactor Core".  More details should be available soon.