MSI jumps on board Sandy Bridge-E train in 2012. 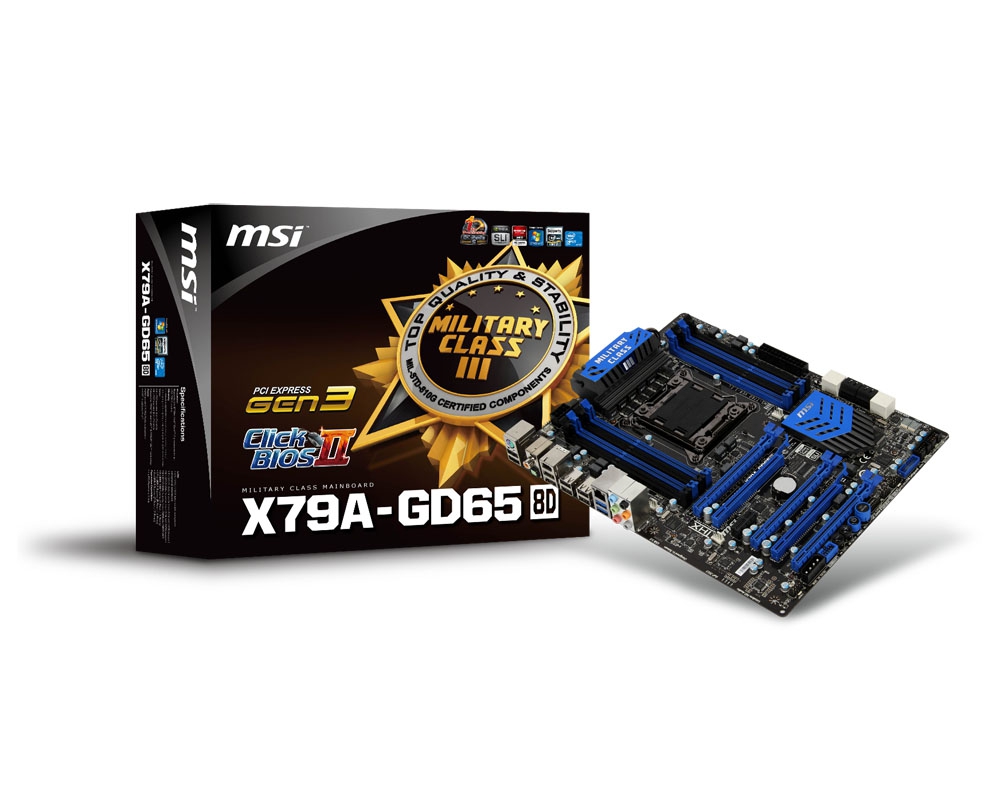 My first Sandy Bridge-E motherboard review of 2012 showcases the talents of Intel’s latest i7-3820 3.6GHz quad-core processor and MSI’s X79A-GD65 (8D) ATX motherboard. The enhancements included in the LGA 2011 platform combined with MSI’s unique optimizations to the board’s overclocking, gaming, and power management capabilities should make for an exciting testing experience.

MSI currently has six motherboards that support the LGA 2011 socket and the X79A-GD65 (8D) is considered one of their higher-end offerings at $289.99. This board targets users who want to take advantage of three PCI-E x16 slots for AMD CrossfireX or NVIDIA SLI configurations. It also gives users the ability to use up to two SATA 6GB/s and four SATA 3GB/s devices courtesy of the X79 chipset. MSI also used a second ASMedia controller to add two more SATA 6GB/s ports to the board. All of these SATA3 ports support Intel’s Rapid Storage Technology, but the SATA3 devices managed by the X79 chipset can only handle RAID 0 and 1 versus the ASMedia chip that handles RAID 0, 1, 5, and 10. 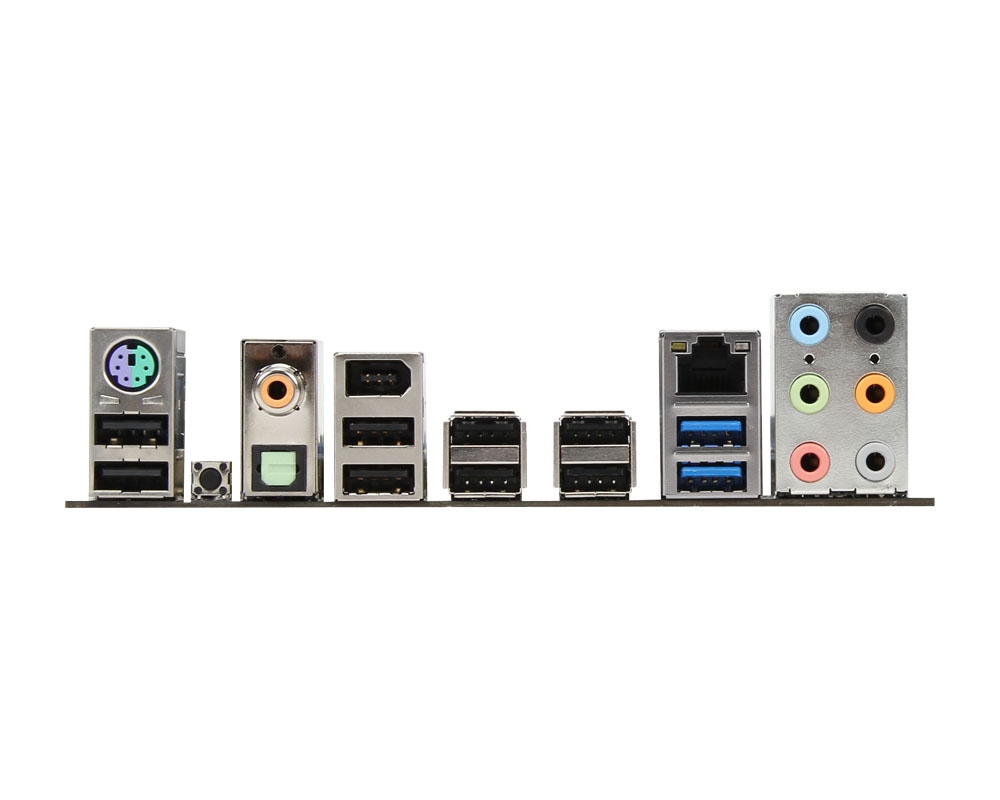 MSI keeps upping the ante with each new motherboard and their line of LGA 2011 boards gives PC builders more power management and overclocking options via MSI’s DrMOS II and OC Genie II technologies. These applications have matured with each new CPU platform, and we will evaluate how they help improve power effiency and provide "instant" overclocking options to users. We will also give our thoughts on MSI’s ClickBIOS II that gives users access to the BIOS though traditional methods and from the Windows desktop.

MSI ClickBIOS II provides a consistent user interface both in the UEFI BIOS and in Windows, it provides the most convenient way for users to control system settings and supports touchscreen control.

Increasing the thickness of the gold-plated layer in the 2-in-1 PS2 and optimized USB ports to 30um to meet the demand of professional gamers. Besides enhancing mouse sensitivity in games, these improved interfaces deliver a longer lifespan and better stability of connectors and total solution for e-sports mouse control in UEFI BIOS.

Mobile consumer appliances are getting more and more attention in current day fast moving life style, with smart phones and tablets almost becoming a fashion accessory. However, many ordinary personal computers cannot charge some of these devices, making it difficult to stay connected.  The MSI Super Charger is a Windows resident program capable of revising the power supply mode of your USB port to become more powerful. Once your phone or tablet is connected to your USB port, the Super Charger sends a signal to initiate its charging circuit, making it a really smart and convenient charging solution for mobile computing needs.

Compared to the 480Mbps provided by traditional USB 2.0, the all-new USB 3.0’s 5Gb/s offers 10 times the transfer bandwidth, so transferring a Blu-ray movie takes less than one minute. MSI also has implemented a front panel USB 3.0 port, making the use of an external USB 3.0 device even more convenient.

Onboard PC audio gets better! MSI is the first to implement the most high-end HD Audio codecs available. Don’t be fooled by other inferior audio solutions onboard (sometimes you can’t even find the driver!) Only MSI offers the Loss-less 24-bit/192KHz HD Audio function with an incredible 109 SNR dB value to provide the most clear & vivid HD audio quality and support 7.1 channels surround sound playback with a 2-channel independent stereo output (multiple streaming) through the front panel 3.5 inch phone jack.

Winki 3 is a free Linux-based O/S which is based on the Linux core. With an ultra-fast  booting speed and a multi-language interface, the built-in Winki 3 provides an easy-to-use internet environment that includes the most popular functions such as internet surfing, web mail, instant messaging, picture browsing, and more. It’s the most practical way to be online in the shortest time.

Active Phase Switching, APS, technology is an intelligent design that helps to save energy on MSI’s mainboards. The underlying idea is to switch off the power supply as soon as no electricity is needed, and when the system needs more resources again, APS will automatically adjust electricity supply accordingly. APS will automatically detect your processor’s loading at any given time and save energy accordingly. This is only possible by means of a very advanced power controlling technology. Other than software-based solutions, APS technology stands out from MSI’s own research. The specially developed IC chip can operate automatically depending on the demands of the power supply, which is to reduce the total power usage.

Compared to common mainboard which need extra BIOS chips, MSI’s M-Flash has a double advantage which doesn’t need extra components and secondly, all your BIOS data will be saved in the USB drive. The stored data does not only have backup and upgrade function, moreover it can also be seen as a portable BIOS chip which is actually able to boot up your PC.

USB Safeguard can prevent mainboards and USB devices from being damaged by short-circuit and ESD (Electro-Static Discharge) with Anti-ESD chips built-into the mainboards. Additionally, the safeguard can protect against such dangers multiple times, and greatly improves product lifespan.

MSI Live Update 5 is a powerful and useful application for updating the latest BIOS and Drivers, saving you time and lowers the risk of updating. End-users can install and run the Live Update 5 software on their computers with the companion CD or downloading the app from the MSI website. 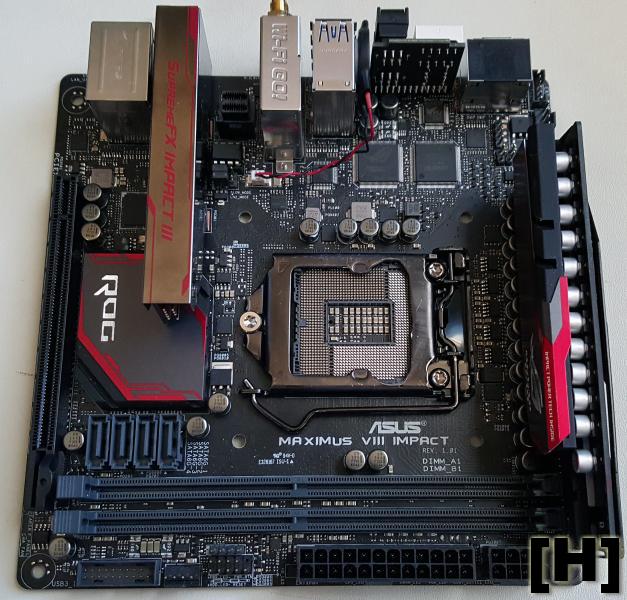