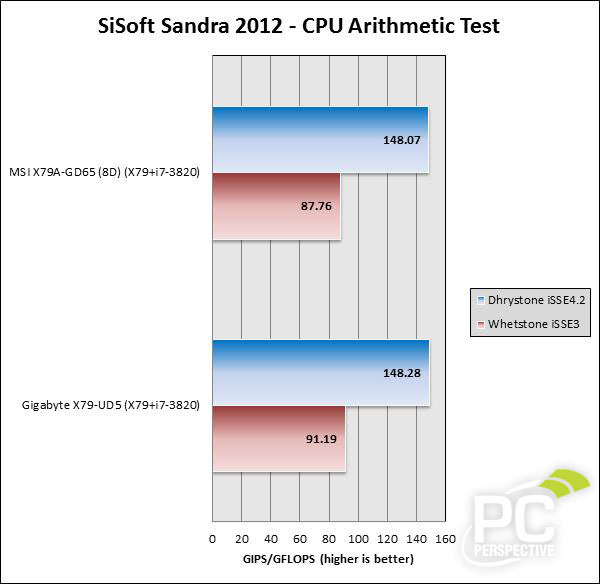 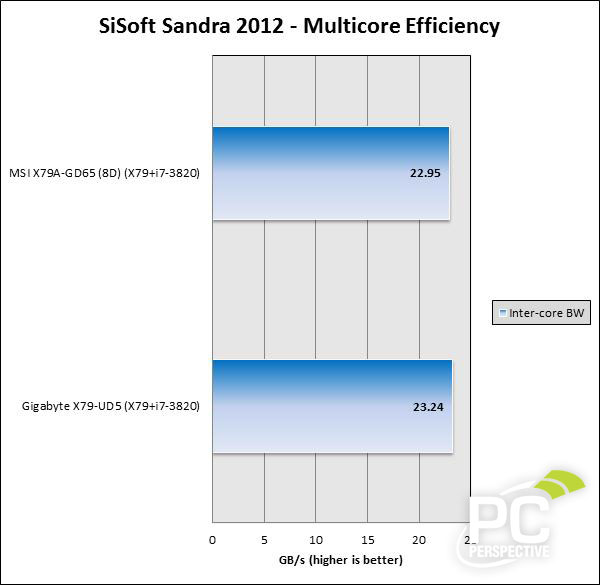 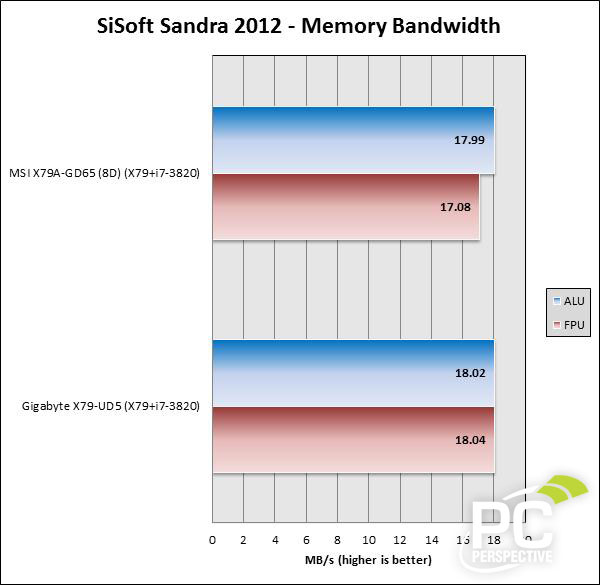 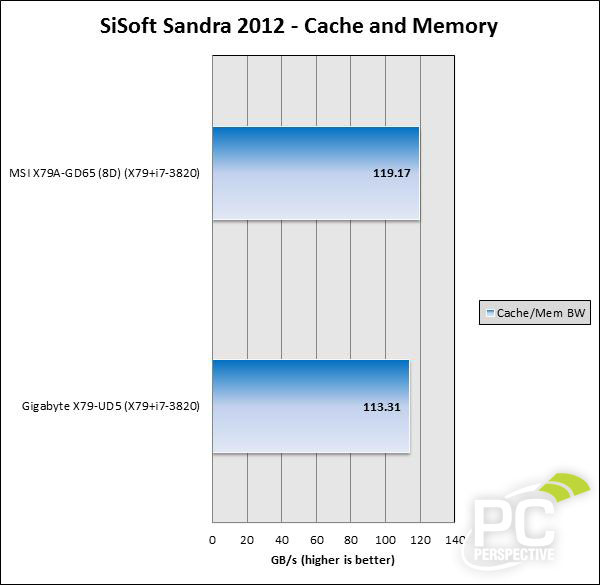 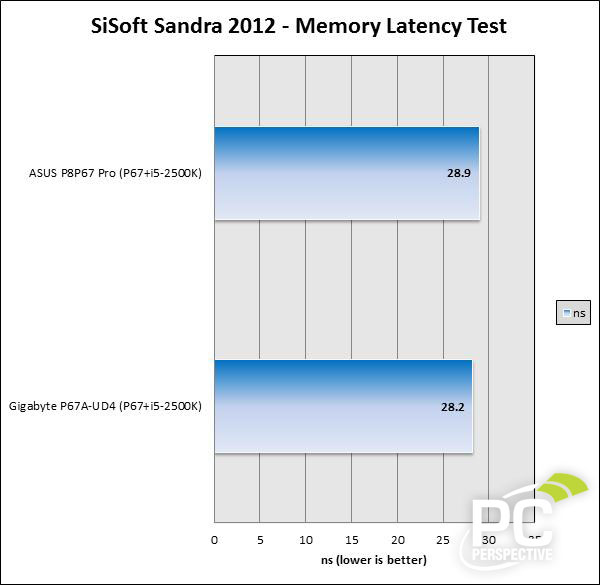 In our first set of benchmarks, the X79A-GD65 (8D) matched up pretty well against the X79-UD5. We evaluate many aspects of each motherboard through SiSoft Sandra, and the MSI board was on par with its Gigabyte counterpart in every test except the multicore efficiency benchmark where it was a full gigabyte per second slower in performance. The rest of the benchmarks were almost identical, which means each vendor didn’t veer off course much in tweaking their boards from the reference design.