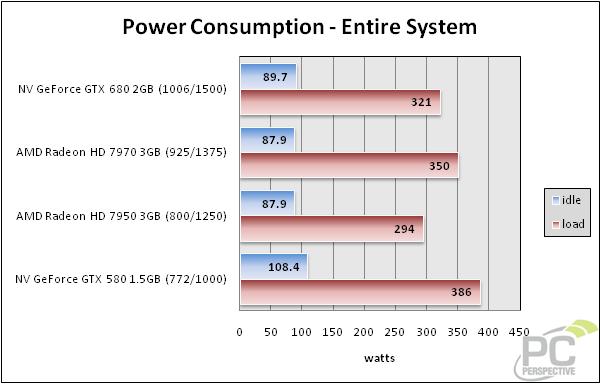 It hasn’t been often…or ever…that we have really said this: NVIDIA has the best performing and most power efficient GPU for the high end gamer.  The GTX 680 is able to outperform the HD 7970 in most of our gaming titles while using less power – 29 watts less to be exact.  And even more interesting this power consumption "peak" should be about the same on every game you play, if the GPU Boost technology is working like it supposed to. 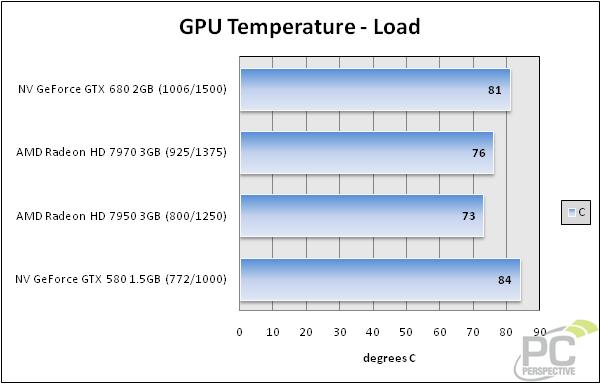 In terms of temperature the Radeon cards still take the lead here but keep in mind that the GeForce GTX 680 is always balancing the performance, power and fan speeds in near real-time so the 81-83C level is likely the highest you’ll see. 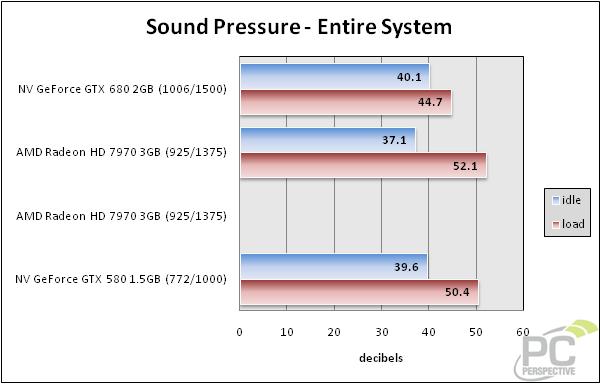 The good news keeps coming for NVIDIA as we see the GTX 680 is actually running quieter than the Radeon HD 7970 while running more efficiently.  The new GeForce card is just a great overall product!