As we mentioned on the first page, NVIDIA has finally moved up in the world by deciding to offer support for more than two displays on a single card.  AMD has had its Eyefinity technology integrated since the Evergreen line of GPUs released in September of 2009 and it has taken 2+ years for NVIDIA to catch up.  With Kepler, the GTX 680 will now natively support 4 displays on a single card.

Three of those displays can be combined into an NVIDIA Surround configuration for triple monitor gaming while a 4th video output can be used as an accessory display for email, etc. 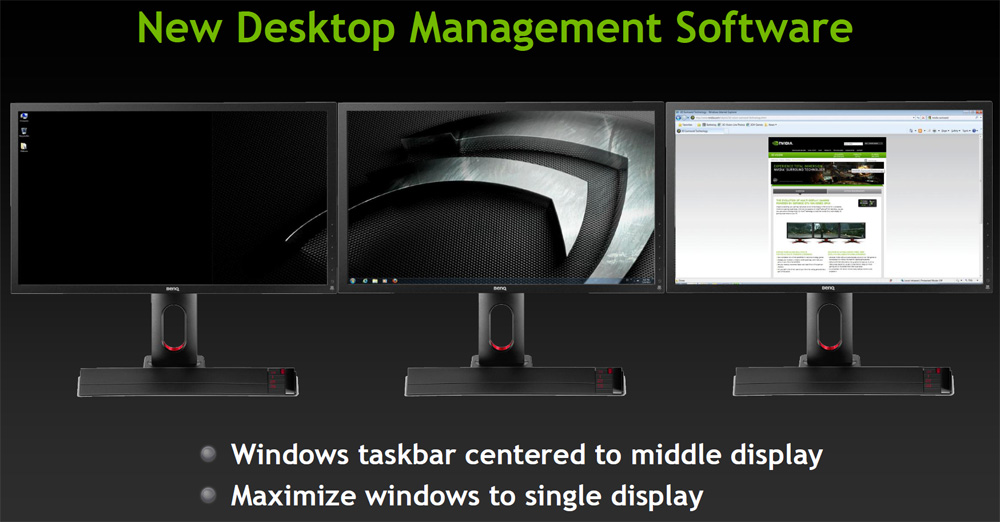 The new desktop management software offers features like the ability to center your task bar on a single monitor (yay!), and to maximize a window to a single display as well.  These are features that AMD introduced into its drivers with the release of the 12.2 Catalyst version. 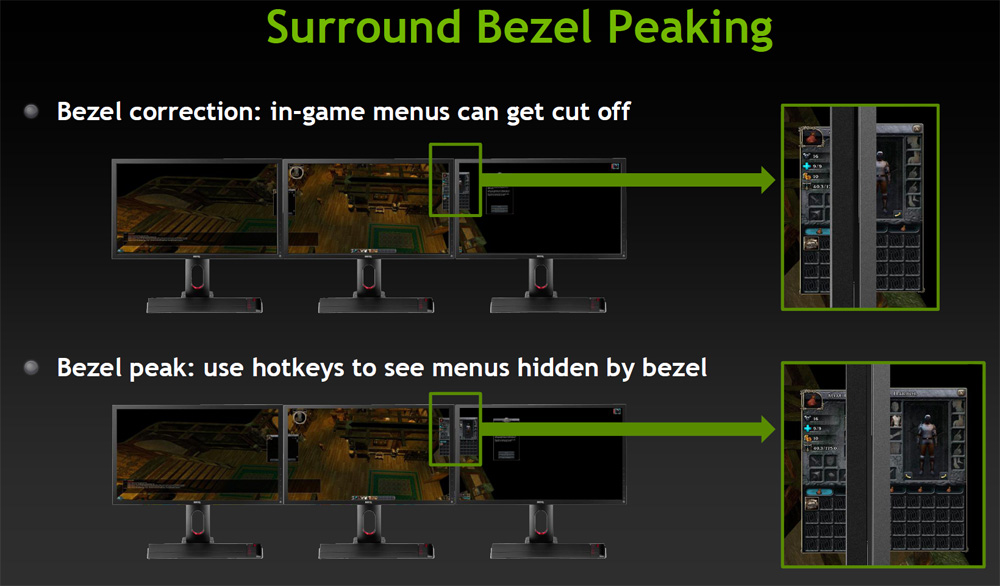 Something called "Surround Bezel Peeking" allows a gamer to quickly switch between bezel corrected and non-bezel corrected resolutions in a NVIDIA Surround configuration while in game.  The benefit here is that with some games, menus and options can be hidden behind the bezel when correction is enabled.  By using this toggle users will be able to select their menu option and then switch back (to a corrected bezel) to continue playing.

Now that we finally have the ability to run an NVIDIA Surround gaming configuration on a single card with no caveats, it is high time we compared it to the current lineup of AMD cards capable of doing the same thing.  I ran a handful of games at 5760×1080 on the new GeForce GTX 680 as well as the Radeon HD 7970, HD 7950 and HD 7850 cards. 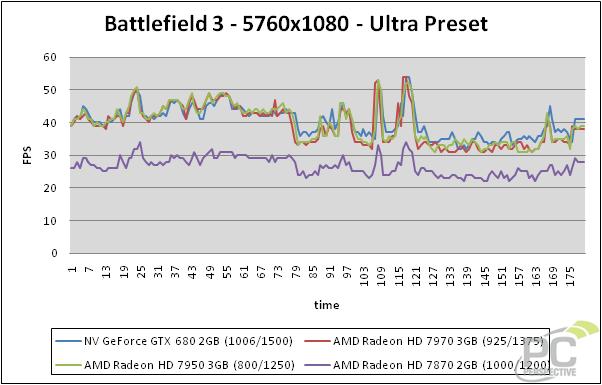 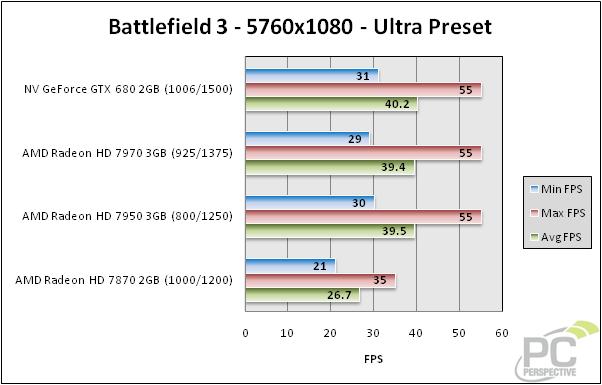 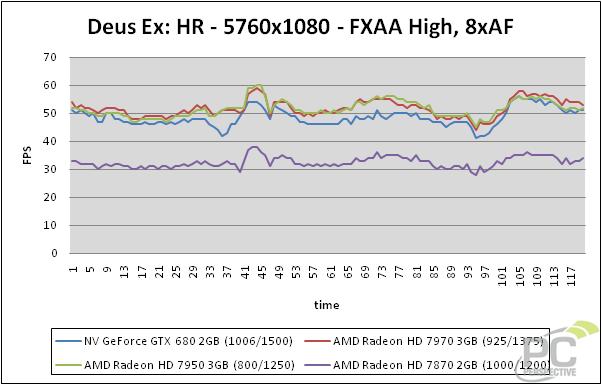 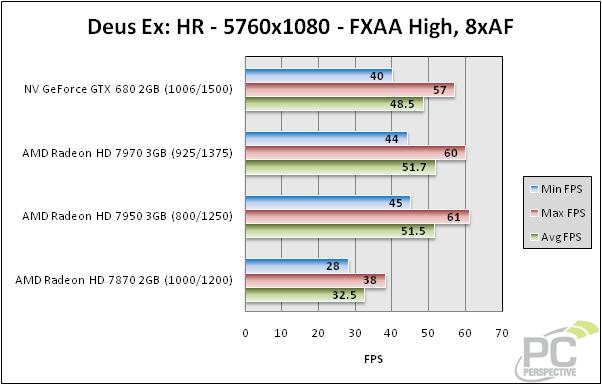 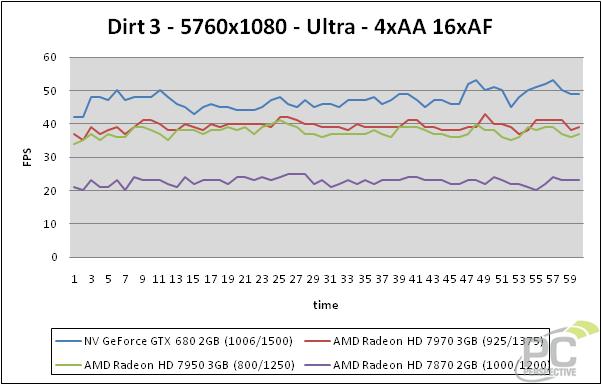 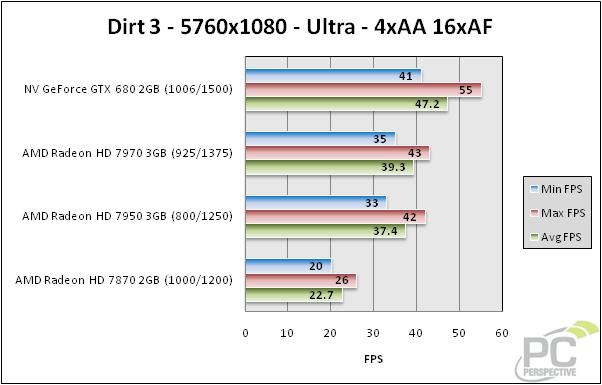 The GTX 680 completely dominates the multi-display gaming performance in Dirt 3, besting the HD 7970 3GB card by 20%. 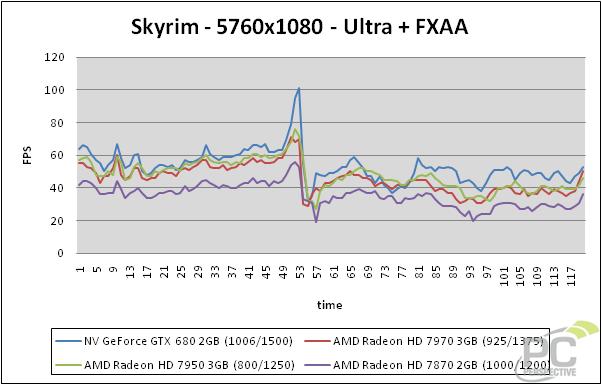 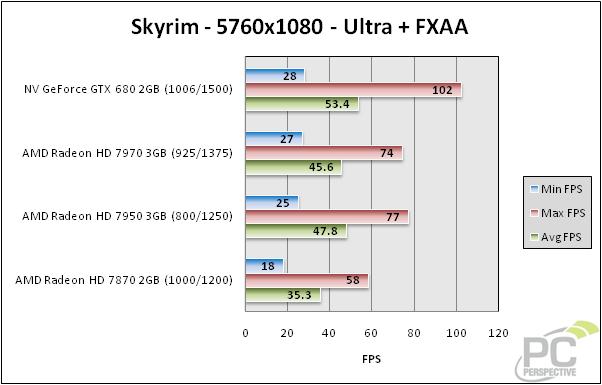 Skyrim has to be hacked a bit to get triple panel working correctly, but when we did, the new GTX 680 was easily the fastest option.