As you might expect with this new GPU Boost technology, overclocking the GTX 680 is going to be a little bit different than anything before it.  Since there is no way to disable GPU Boost, you are basically limited to shifting the variables in the algorithm a bit.  There are two options that you get to play around with: power target and clock offset. 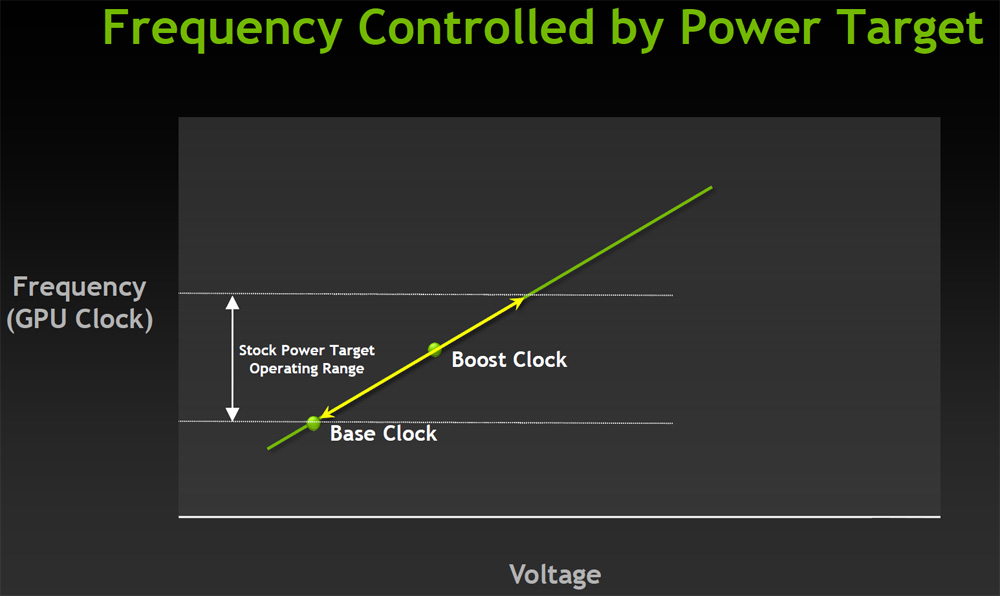 The GeForce GTX 680 is rated at 195 watts as its base power consumption.  In software like EVGA’s Precision X (and others that are coming soon), you’ll be able to adjust that power target with a percentage scale. 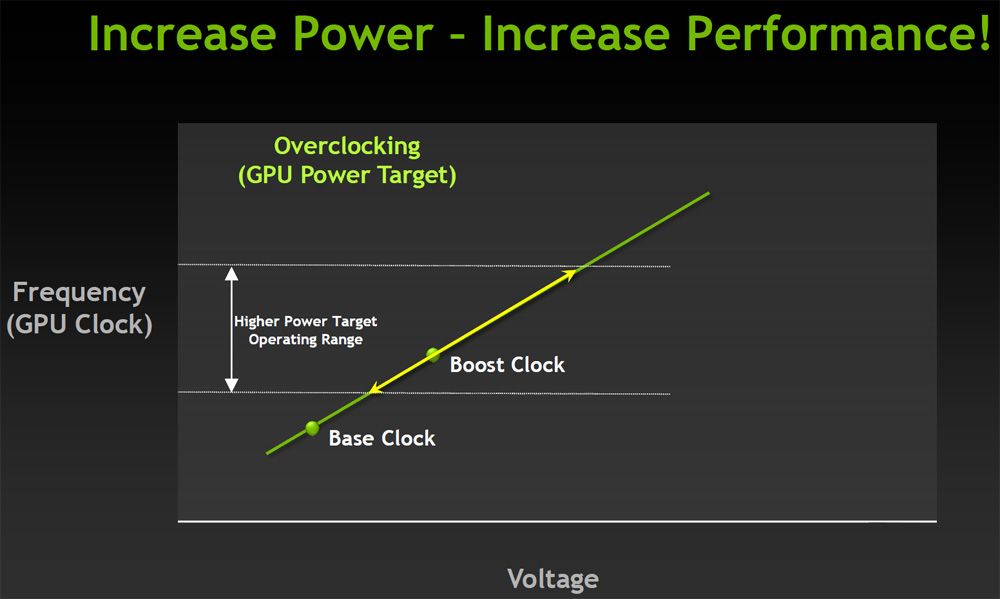 This changes the way the GPU Boost works as it essentially now has changed one of the variables in its algorithm.  If you move the power target up to 10%, then the GPU will have 10% more power to work with (195 + 10% = 215 watts) and thus it might be able to hit higher clock speeds in certain gaming titles. 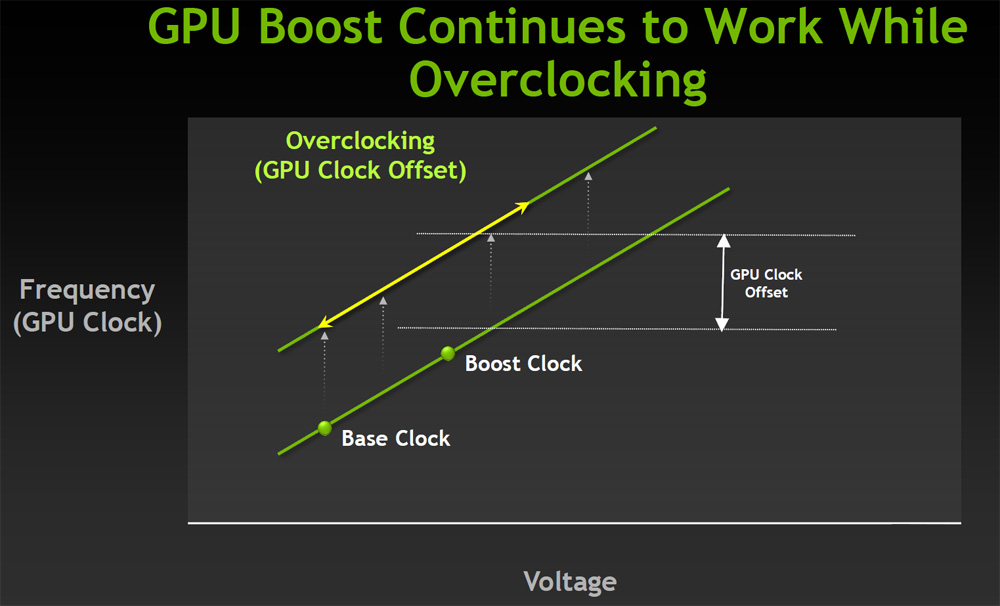 The GPU clock offset is the other adjustable factor and it actually moves the entire performance curve up.  Think of it this way: when you set an offset of 50 MHz you are telling the GPU that its new base clock is 1056 MHz rather than 1006 MHz, and all the GPU Boosting is based off of that new base rate.  It is still possible to overclock your GPU too far and crash the system (as I did several times) but I think that is a good thing for consumers that want to make sure they are hitting the limits of their hardware. 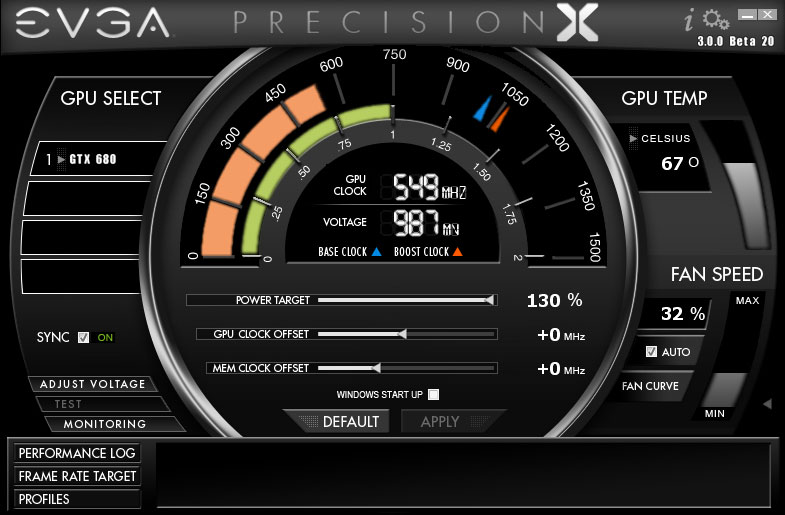 Here again I show you EVGA’s Precision X software so you can see the Power Target and GPU/Mem Clock Offset settings.  In this shot we have already turned the power target up to 130%, meaning we told the GPU it’s just fine to hit 250 watts rather than the stock 195 watts. 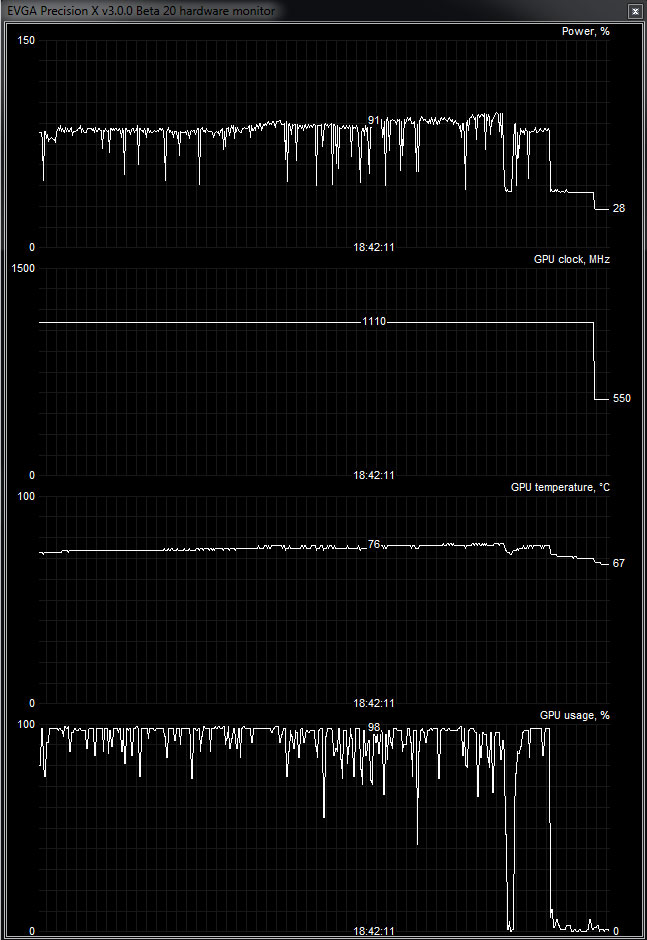 The monitoring software provided is now more important than ever and gives you a ton of real-time information.  In the above test run you’ll see that the GPU clock rate was steady at 1110 MHz for our benchmarking which means we were likely hitting our frequency wall before we were hitting our power wall.  The answer to that?  Increase the GPU clock offset. 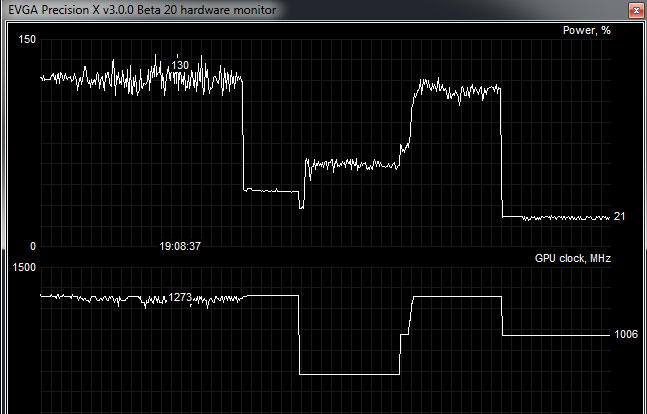 Here is an instance where you can see the GPU clock is variable at the left hand side of the graph – this indicates this scene of the game or benchmark was actually thermally or power limited in some degree while hitting clock speeds around 1273 MHz. 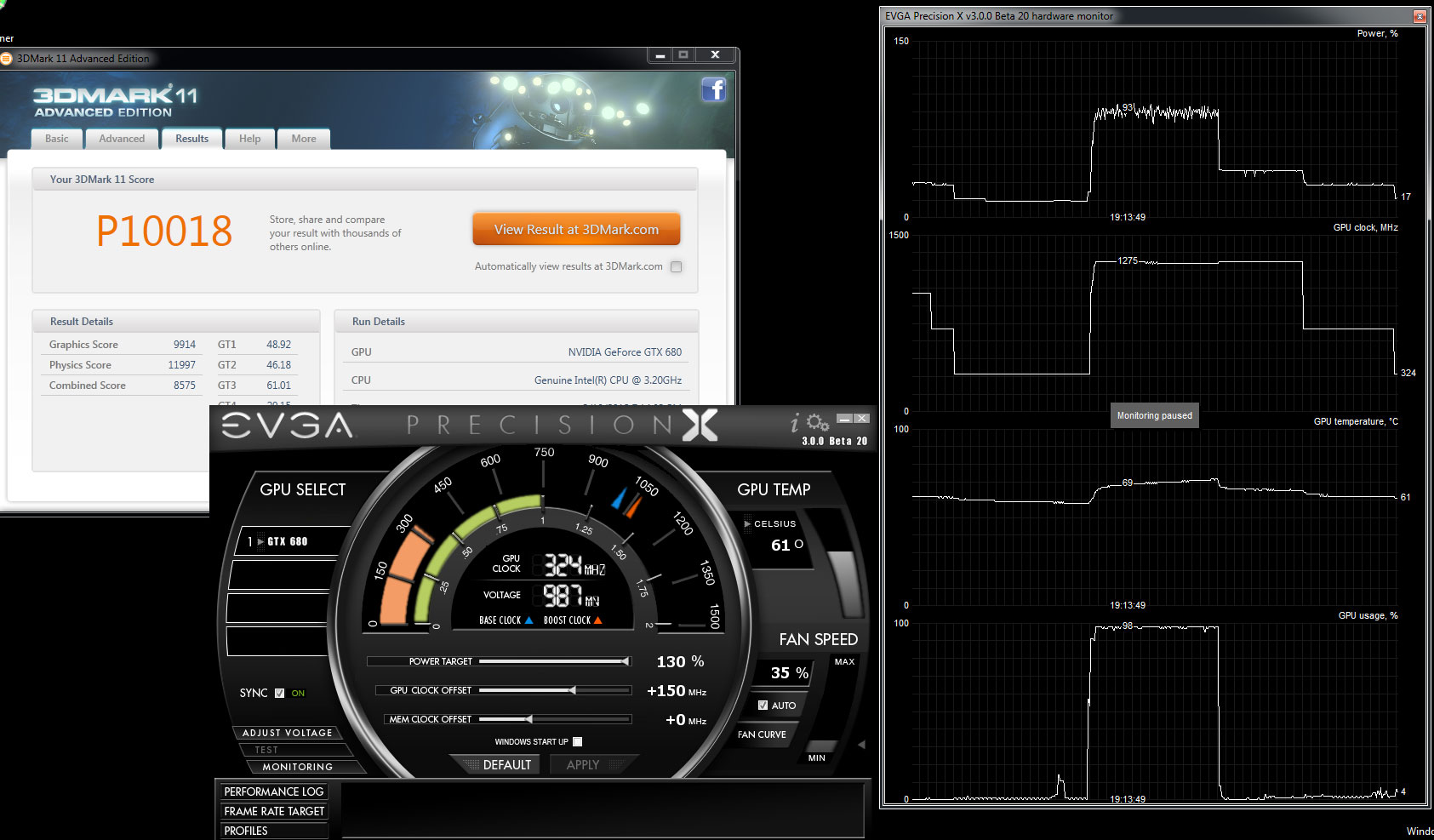 The highest total overclock I was able to achieve with our GTX 680 sample was a 150 MHz offset at the 130% power target.  The result is a 3DMark11 graphics score that is about 5% higher than base settings. 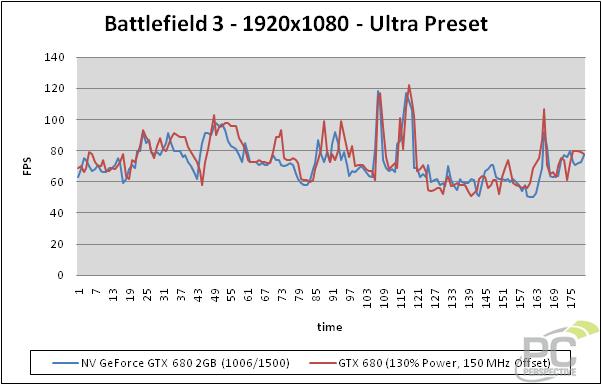 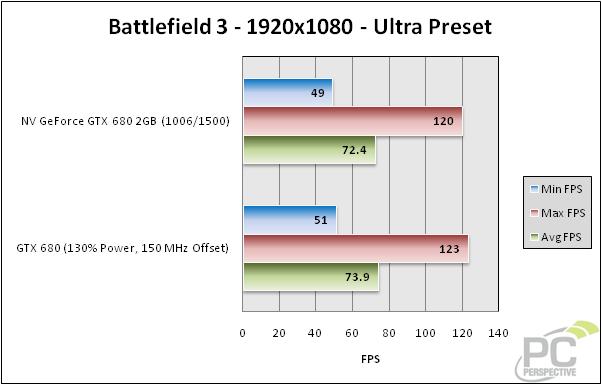 Using these same settings, our 1080p test run of Battlefield 3 only showed a 2% performance increase though your mileage will vary from game to game.

In the end, I feel that with GPU Boost, overclocking the GPU has become both more simple and more complex at the same time.  There are still only two sliders you need to worry about, but the "magic" being worked behind the scenes is much more difficult to grasp.