Samsung gave Intel and OCZ a run for their money with their new 830 Series!

Samsung has been in the SSD business for a good long while now. My first "serious" SSD setup consisted of a pair of 32GB G.Skill ‘FlashSSD’s in a RAID. A few months later I upgraded to an Intel X25-M, starting working for PCPer, and have since seen a slew of different controller types come and go. Of those, Samsung and Intel both come to mind as the most reliable controllers out there. Of those two, Samsung has always been the primary choice of PC OEMs. It may have been because the Samsung controllers have always leaned towards the slow-but-steady approach. Other fire breathing controllers would be quick out of the gate but slow over time as fragmentation effects set in, while Samsung controllers would take the hit on random IOPS, but they maintained that lower level even after repeated and sustained abuse. They were not the fastest, but as a testament to their consistency, I continue to use one of the two aforementioned G.Skill drives in the PCPer Storage Testbed to this day.

Well we’re a few generations into the game now and those other fire-breating controllers have grown much more mature and consistent on their performance, lapping even the more recent Samsung 470 Series units in testing. Now we have the 830 Series, launched late last year. With a new controller release, we decided to kill several birds with one stone, part of which involved reviewing not one, but three samples:

This took a *lot* of testing. Sure our normal test suite can make it through an SSD in an afternoon, true TRIM testing requires an OS install to each device, with large activity like application installs and the like performed with TRIM both enabled and disabled. The test to evaluate the effects requires writing across the full available area, which for most SSDs also happens to completely reset the SSD to a Fresh-out-of-box-yet-full condition. If anything goes wrong with the testing pass or the results, the entire process must be repeated start to finish.

Before we get into the specs, here’s the simplified block diagram of the new Samsung controller: 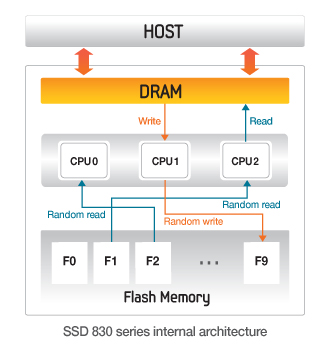 I’ve requested further detail (and hopefully a more complex block diagram), but from the looks of it, each of the three ARM-based processor cores can simultaneously read and/or write to individual channels of flash memory. This is a unique approach, as it’s basically three independent controllers all sharing the same set of flash memory. I can’t imagine the complexities involved in three CPU’s all fighting over various flash chips, but we’ll see just how well this implementation behaves in our random IO testing later in this article. While the photo shows a possible 10 channels (0-9), the 830 Series can only physically accept 8 packages on the current PCB design. 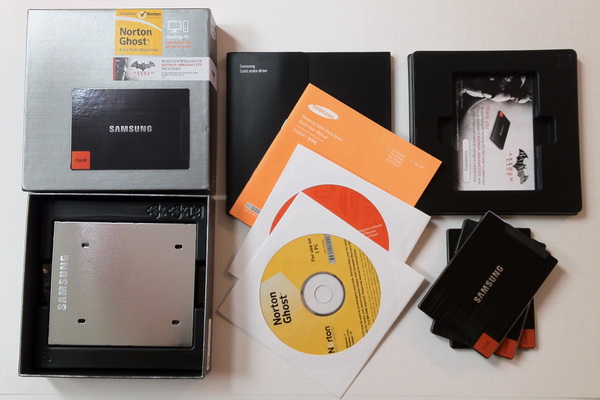 The desktop edition packaging is pictured above. In the box is a 2.5" to 3.5" bracket, the Samsung Magician software (which allows a GUI for firmware updates and secure erasing), and a *full* edition of Norton Ghost. Samsung felt it important to include the fully featured Ghost, and I fully support this as it can come in handy for maintaining a backup regime and other drive cloning duties the user may have down the road. Under the bracket (not pictured) is a short SATA cable and molex to SATA power adapter cable. The Notebook upgrade kit (also not pictured) substitutes the desktop bracket and cabling for a USB to SATA dongle (for cloning) and a 2.5mm spacer bezel to mount the 7mm 830 Series into any laptop that might require a snug and standard 9.5mm fitting. Here’s the pic from the Samsung site – sorry for it being tiny but you can pick out the bezel and dongle for the laptop kit: 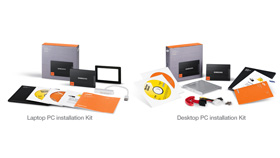 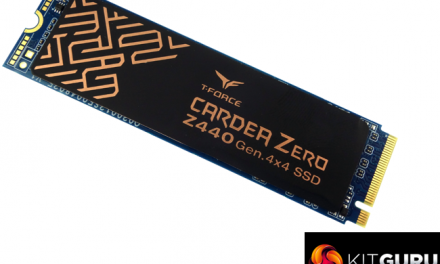