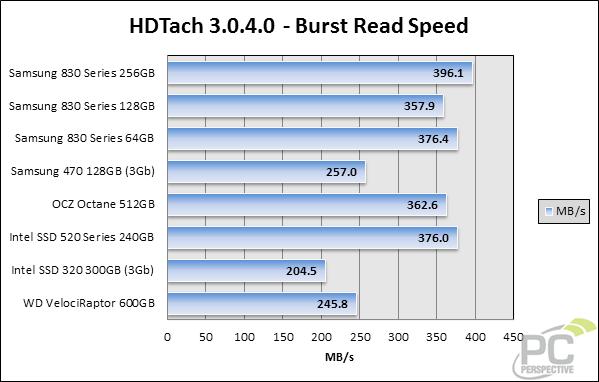 Bursts are provided only for your review. SSD’s don’t cache the same way HDD’s do, so burst testing typically results in figures that are lower than the sequential throughput figures. That said, the three Samsing models were surprisingly consistent amongst eachother. 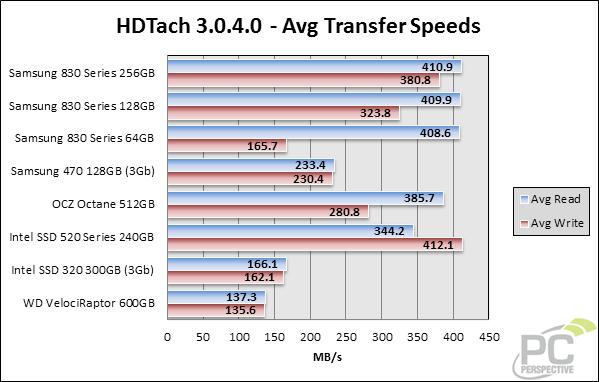 HDTach also tends to turn in lower than expected figures for its sequential transfer test. This would typically mean you should discard them, but they become relevant when you consider how HDTach performs this particular test. It feeds the tested drive a continuous string of small sequential read requests. This is a single threaded operation, which means the SSD doesn’t get to see what’s coming next. The SSD has to quickly service rapid-fire requests one at a time, and this is why we see most SSD’s unable to reach full rated speed. The 830s do very well with this type of workload. 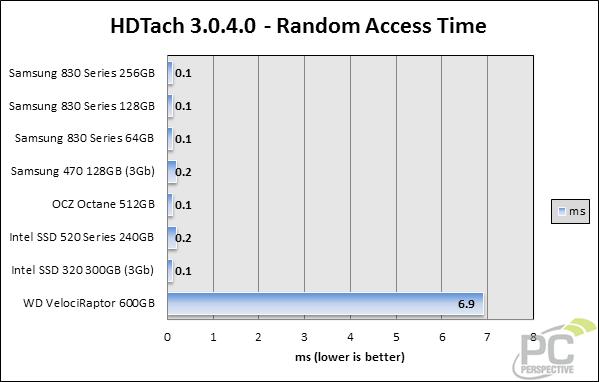 Random access times are presented for your persual, but this metric is more accurately evaluated by our IOMeter Transaction Time tests (later in this review).