So when is that GTX680 coming out anyways? 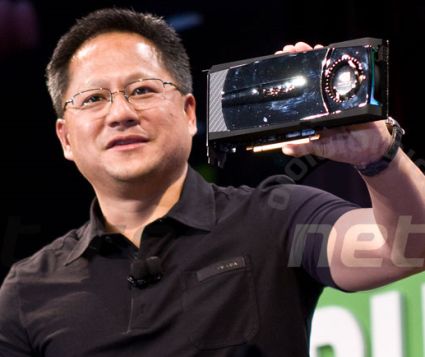 Whether you are an NVIDIA fan or not you are likely anxiously awaiting the release of NVIDIA’s new GPU.  Since AMD is currently holding the lead on graphics cards they have no competition to lower the price of their high end cards which can beat anything NVIDIA currently has on the market.  Depending on the price and performance of the new Kepler chip, its release should have an effect on the pricing of at least one line of AMD card, be it Pitcairn or Cape Verde.  This is why SemiAccurate’s pegging of the expected release dates, both paper and physical, are worth taking a look at, especially if your GPU recently died and you are looking at getting a new one.  We should have a good idea of the price, performance and availability by the end of March.

"Today, March 8, is the day where the press that Nvidia flew in get their ‘tech day’, basically the deep dive on Kepler. Then, like we said a few days ago, Nvidia will paper launch the cards next Monday, March 12. From that point, things get a little hazy because people are arguing over two different days. Some are saying Friday March 23, others Monday March 26, with a few more saying 23 than 26. It could be none of the above though, but if you bet on two weeks out, you won’t be far off."