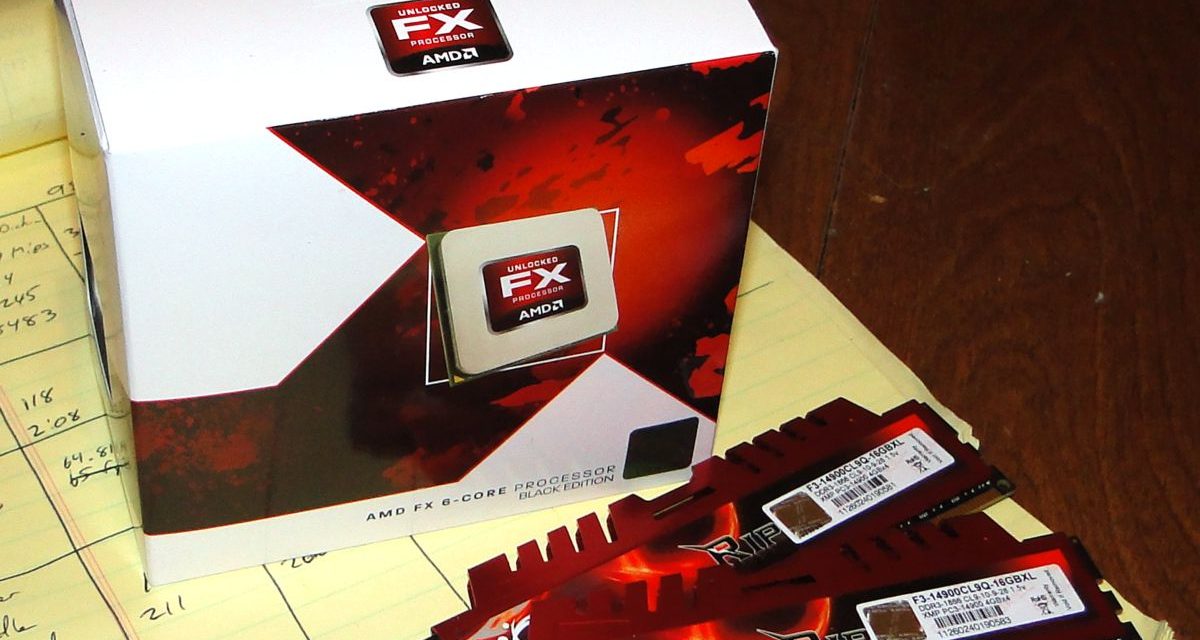 This is the first FX processor that I have been able to lay hands on. As such, a few extra precautions must be taken before testing commences.

I am comparing this processor to the previous Phenom II X6 1100T and Phenom II X4 980. I used the same motherboard for testing, but I had to stagger BIOS revisions between them. The 8 mbit BIOS chip only allows so much room for CPU optimizations for different architectures. Earlier BIOS were optimized for the Phenom II series of chips, while the later BIOS revisions focus on improving Bulldozer performance. There is just not enough room in the BIOS to allow for both sets of optimizations to coexist. This is at least the explanation given to me, and it seems to make sense. 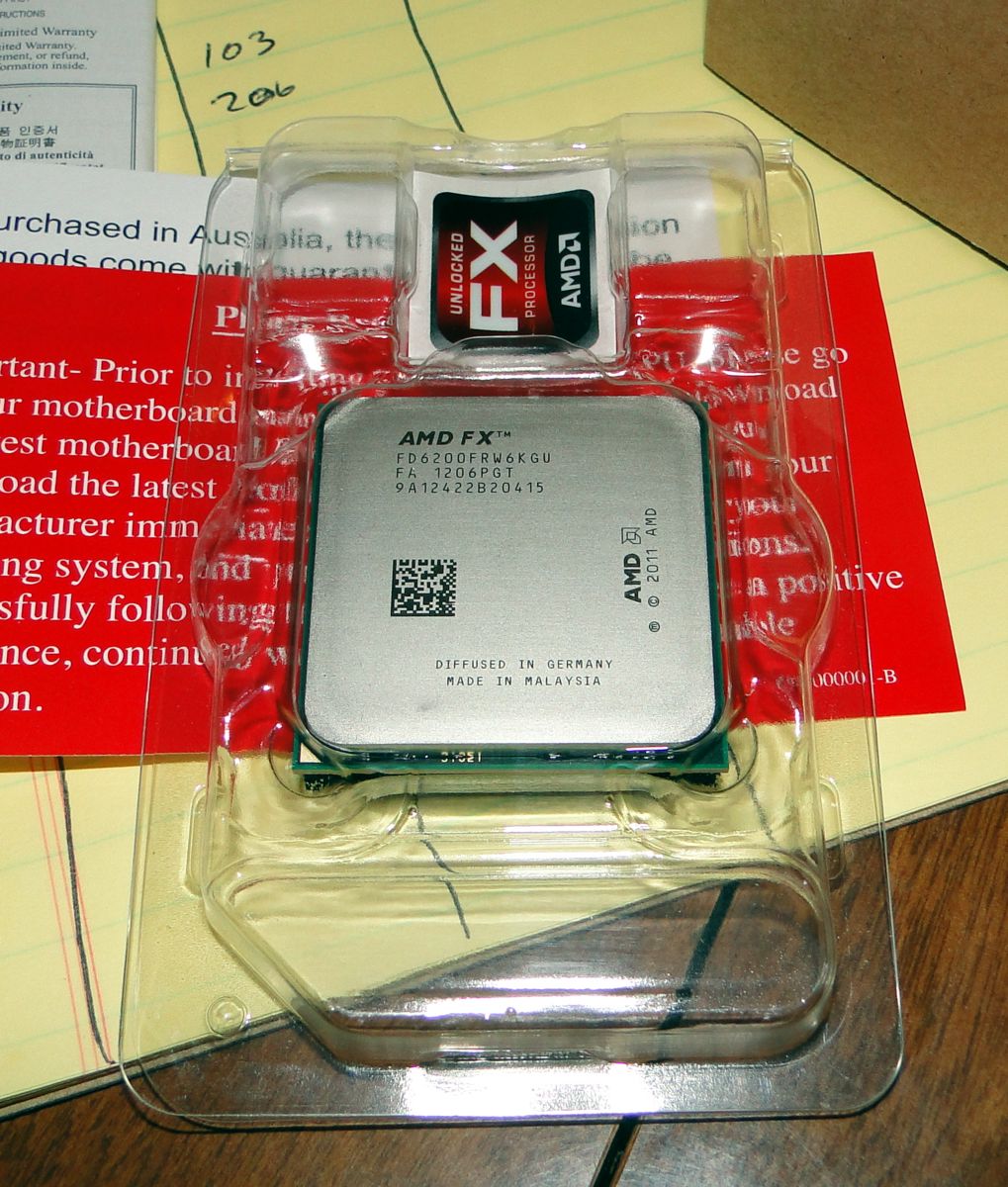 The chip in its plastic container with a nice FX sticker thrown in for giggles.  The AMD chip is identical to previous iterations due to the integrated heat spreader and organic substrate that has been featured for years now.

Memory is also an issue here. I used two sets of DIMMs to get the most out of both setups. The Phenom II processors will not go over DDR-3 1600 without overclocking the bus, but the Bulldozer based cores can handle up to DDR-3 1866 speeds. The first 2 x 4GB GSkill set of DIMMs are rated at 9.9.9.24 @ 1600 with the appropriate XMP profiles for its rated speeds. The second set of DIMMs are also from GSkill, but it is the newer 2 x 4GB modules rated at 9.10.9.24 @ 1866. It is quite likely that I am being overcautious here, and using the higher rated DIMMS at slower speeds would not make a huge amount of difference in results. Just be aware that the new FX processors can utilize that extra bandwidth, so it is well worth it to pair these processors with the faster spec memory.

Microsoft has released two hotfixes for Windows 7 that fixes some of the thread scheduling inefficiencies when dealing with the Bulldozer architecture. The first patch addresses core parking while the second patch addresses thread scheduling between separate modules and their cores. In some instances it is better to schedule a thread in another module rather than the second integer unit in the same module. Sometimes it is the opposite depending on… dependencies between threads. These two hotfixes are supposed to improve overall performance by “up to 5%” depending on the application.

The results presented here give a pretty interesting picture of performance for not just this particular product, but the architecture as a whole. Something to keep in mind is that each module has essentially a single four-wide instruction decoder that feeds two integer cores plus the shared 2 x 128 bit FPU/MMX/AVX unit. The 2 x 128 bit unit can handle AVX instructions that are 256 bits by “fusing” the two units. At peak the unit can do 1 x 256 bit AVX or 2 x 128 bit double precision FP/SSE or 4 x 64 bit single precision FP/SSE. To get the best performance out of this particular unit, the software must be compiled with this in mind. Unfortunately, most software uses compilers which do not yet recognize this particular setup. Or in the worst case uses the Intel provided compiler which does not correctly flag the SSE/AVX units that the Bulldozer architecture actually encompasses. So while there are technically eight 128 bit FPU/SSE units available, software may not leverage the full potential of the setup. Another potential bottleneck could be that of the decoder not being able to adequately feed all of the execution units within the module.

I really wanted to see how the new FX architecture really stood up against the last generation of 45 nm products. Unfortunately, Ryan has all of the Intel based products for comparative purposes, so I was unable to get really accurate benchmarks featuring those chips. The big thing to keep in mind is that for the majority of benchmarks out there the Intel i5 2400 is very close in performance to the AMD Phenom II X6 1100T. Using that as the foundation of understanding Intel’s performance at $179 and up, readers should be able to determine if the FX-6200 is comparable to the lowest end products from Intel. 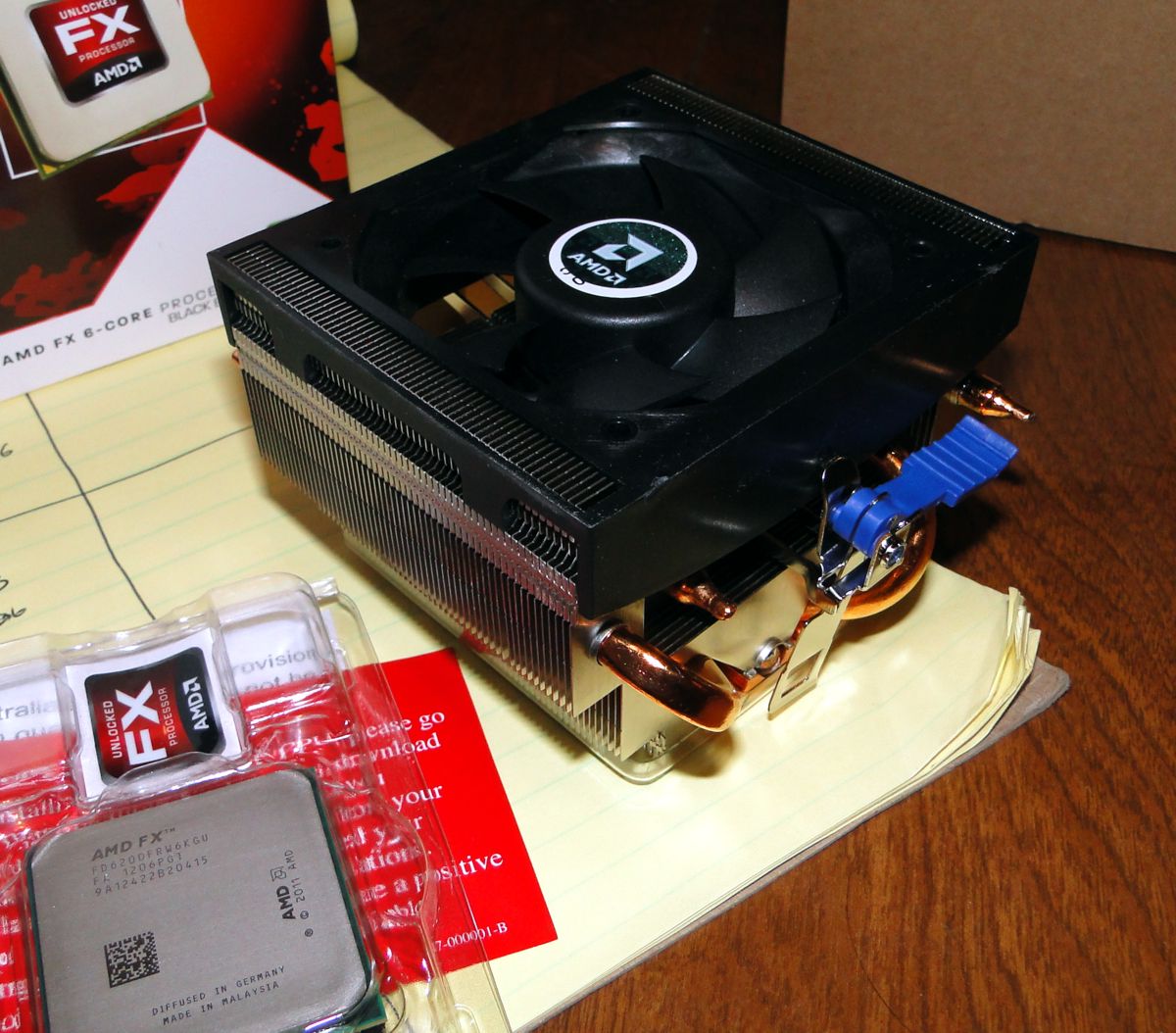 At first the heatsink does not look all that impressive…

All updates were applied to the Windows 7 install, including the two Bulldozer aimed hotfixes. The recently reviewed MSI R7970 Lightning was used as the video card in the tests and was clocked at 1070 MHz core and 1400 MHz memory. The Catalyst 12.3 drivers were used for testing.

For comparative purposes I used the two highest end Phenom II processors that AMD has released. The Phenom II X4 980 is clocked at 3.7 GHz, and was previously the fastest clocked processor that AMD (or anyone else at the time) had released in the consumer market. The Phenom II X6 1100T was the previous top end processor from AMD with a base clock of 3.3 GHZ for its six cores, or a turbo speed of 3.7 GHz for three cores.

I finally overclocked the FX-6200 from its base 3.8 GHz (4.1 GHz turbo) up to 4.5 GHz with no turbo enabled. I will discuss the actual overclock in the relevant section, but I thought it prudent to provide benchmarks for this speed. The results are interesting, to say the least. 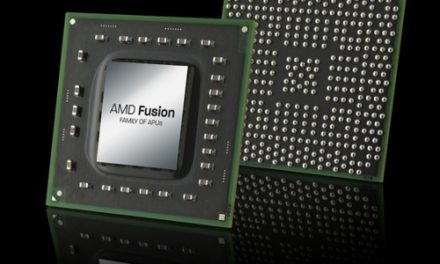 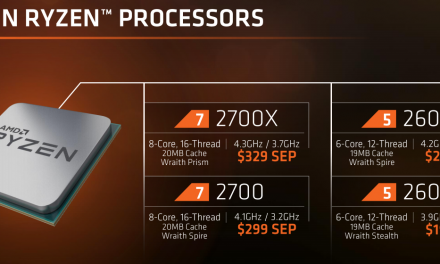