Let us get some of the more theoretical numbers out of the way first. SiSoft Sandra does a good job in determining theoretical performance of processors using their fullest capabilities (in this case, AVX for the Bulldozer based FX-6200). These tests look at ALU, FPU, SSE/AVX, and memory performance. 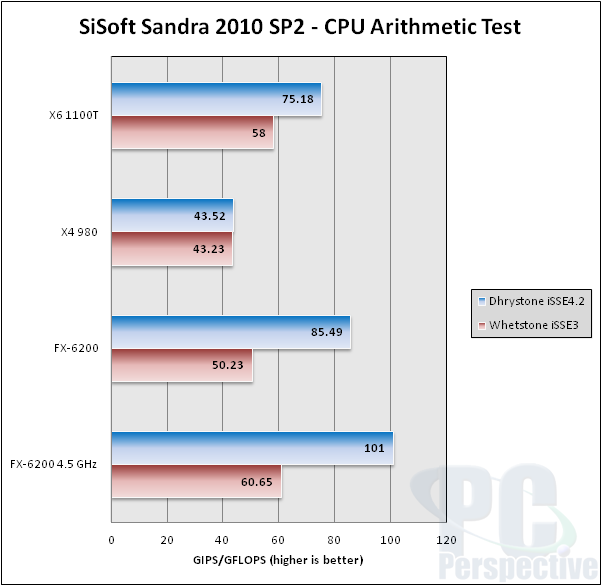 We see some interesting results coming in here. The FX-6200 at stock speed is pushing ahead of the Phenom 1100T in integer based tests, but falls behind in floating point. It is not until we overclock the FX-6200 that the float performance overcomes that of the previous 6 core part. 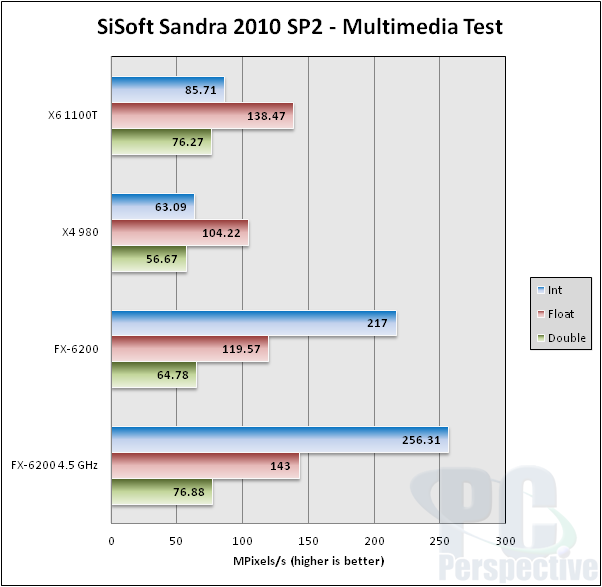 In multimedia performance we see the new architecture really strut its stuff in AVX/integer performance. Once we get into float type numbers we again see a drop from what the previous 1100T was able to provide. It again takes a pretty significant overclock for the FX-6200 to overcome the disparity. 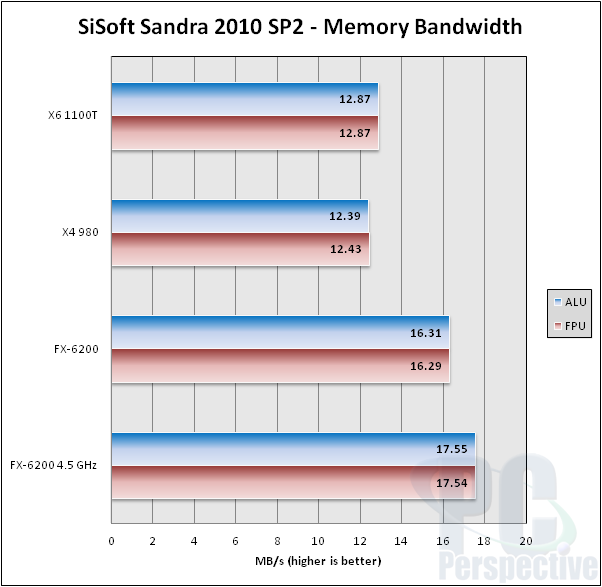 In terms of memory performance, the new memory controller of the FX takes charge. When overclocked the FX starts putting out some pretty impressive numbers.