R10 has historically been a little bit more even handed when dealing with AMD processor performance as it has been with Intel. It is able to test single core performance as well as max core. This is based on a real world rendering engine and is happily multi-threaded. 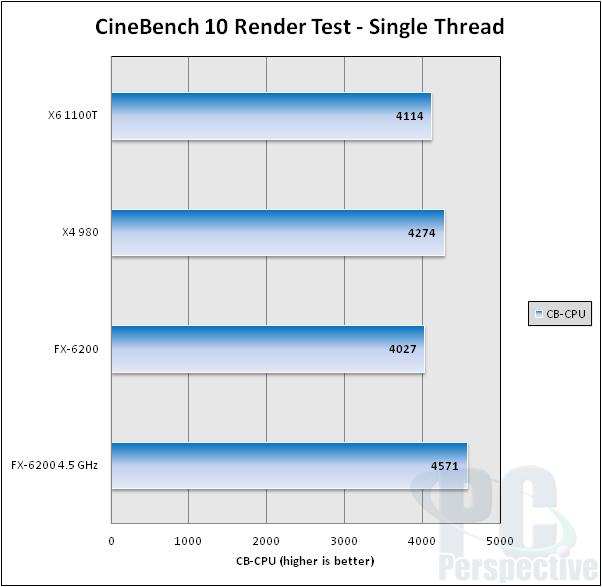 The single core results all fall within expectations. The FX has weaker single core performance at 4.1 GHz Turbo than the Phenom II X4 980 at 3.7 GHz. At 4.5 GHz though, the FX seems to take a nice jump ahead. 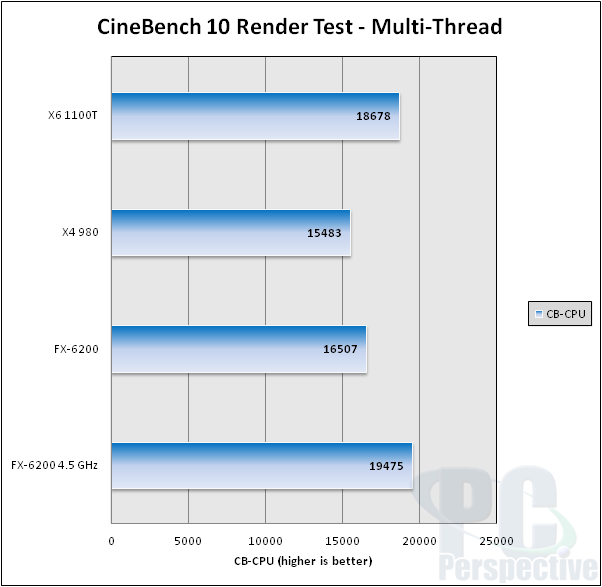 In multi-core mode we see the FX barely surpass the X4 980. It is again destroyed by the X6 1100T. We only see the FX take a lead when overclocked to 4.5 GHz. This certainly does not bode well for the rest of the tests coming up.