All of the latest FX processors are completely unlocked. This is something of a step away from previous generations, as not all Phenom II’s were unlocked. In fact, all of the Athlon II products were fully locked down when it comes to core multipliers. From top to bottom with the Bulldozer series and FX products, they are fully unlocked. And they need to be.

The stock speeds for the FX-6200 are 3.8 GHz core and 2.2 GHz northbridge/L3 cache. For all of the tests I put the core to 4.5 GHz and the northbridge/L3 to 2.4 GHz. I could have gone higher, but I felt this was an easily achievable overclock for most users. To maintain stability at 4.5 GHz, I had to add another 0.025v to the core. I am pretty sure that this particular sample could hit 4.7 GHz with ease, as well as pushing the northbridge to 2.8 GHz with some extra juice. 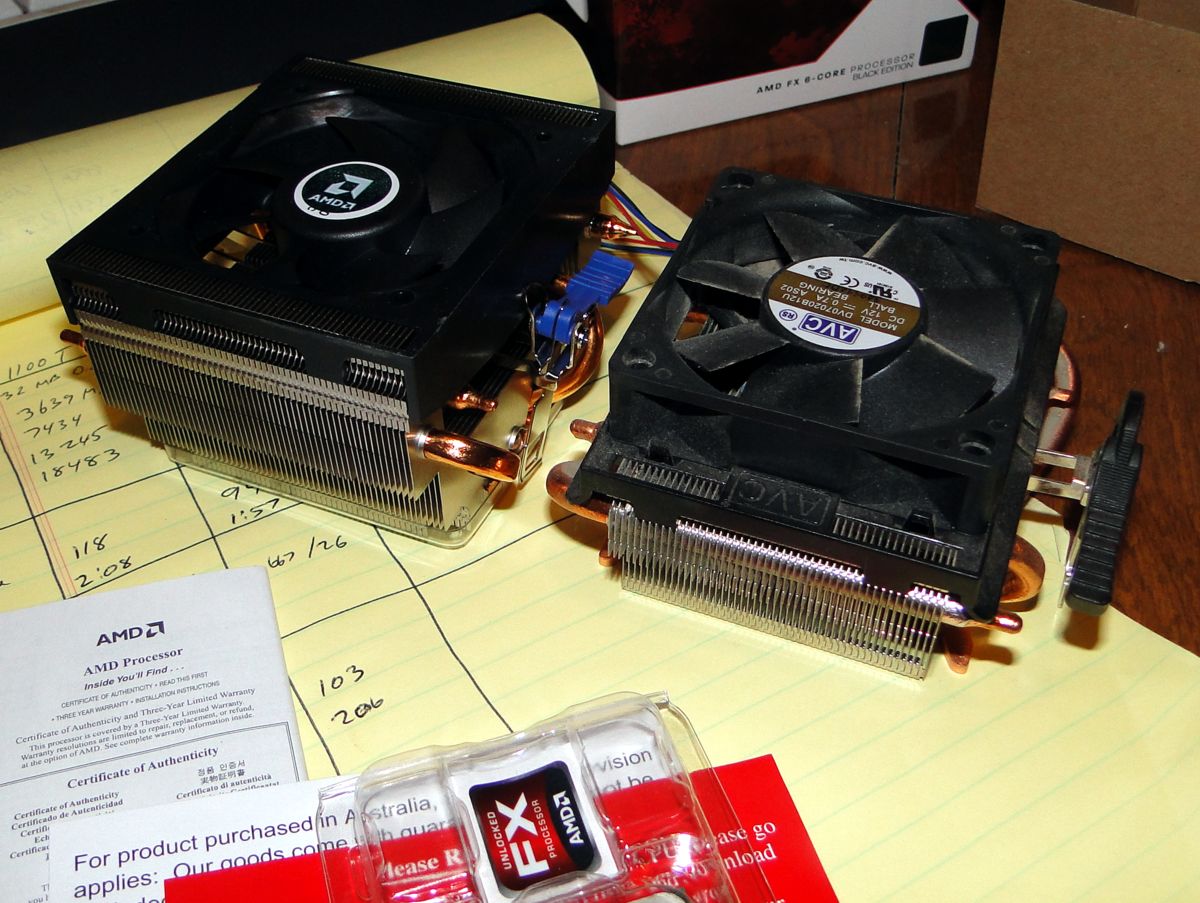 But when compared to a retail heatsink from the previous generation, the FX unit is a lot beefier.

There have been people reporting that the latest chips can reach upwards of 5.0 GHz on the core. This would make the FX-6200 a pretty quick processor, and certainly people would have no complaints about it running as such. It is very easy to overclock right out of the box when using a good quality motherboard. My results here should be pretty average. Now we get to see what price we pay for hitting 4.5 GHz.

The FX-6200 is built on GLOBALFOUNDRIES relatively new 32 nm HKMG/SOI process. Previous process jumps from AMD have typically been unimpressive, and this is almost no exception. The reason for this is that AMD, and now GLOBALFOUNDRIES, will slowly implement new features into older processes, thereby improving power and thermal performance. The jump to 32 nm should have been a little more impressive due to the introduction of HKMG (High K Metal Gate). We also have a pretty significant improvement with much smaller SRAM cells as compared to previous processes. The Cinebench R10 multi-threaded test was used to load up the processors. 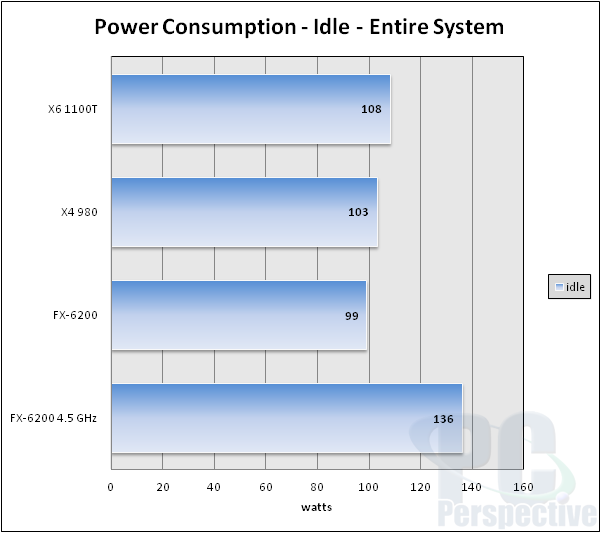 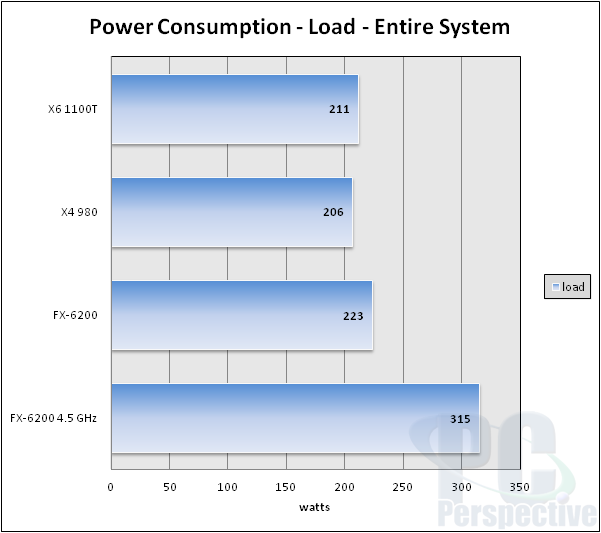 Well that is again pretty disappointing. At idle the FX-6200 leads the pack in energy efficiency. At load it does not differentiate itself from the previous two 45 nm parts. For being slower in overall performance, the FX-6200 pulls 12 more watts at load than the X6 1100T. Once we overclock the FX-6200 so that it finally overtakes the X6 1100T, it is now 104 watts higher under load. This is pretty pathetic. There is most certainly a price for getting any kind of performance out of the FX-6200, and it comes in terms of power consumed. 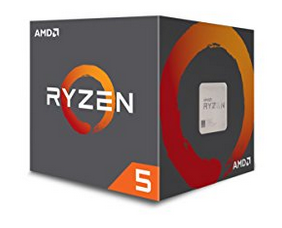 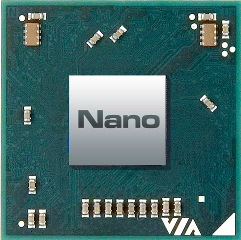