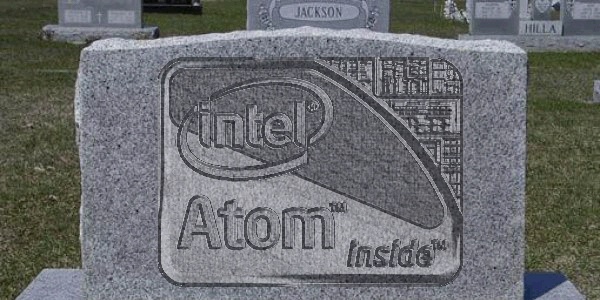 My bad experience with the NC-10 happened about four years ago. That’s ancient history in the universe of consumer electronics. Maybe Atom did not impress me then, but after four years of time to evolve, it could be a different story.

It isn’t. Our recent review of the Lenovo Q180 was the final nail in Atom’s coffin for me. This small computer failed to handle 1080p video in a number of scenarios. That’s inexcusable. My $99 Roku has no trouble displaying 1080p smoothly, yet a $400 system with a dual-core Atom chokes. And that’s with an AMD Radeon GPU backing it up – on its own, Atom shrugs and gives up the moment you show it media of any kind. 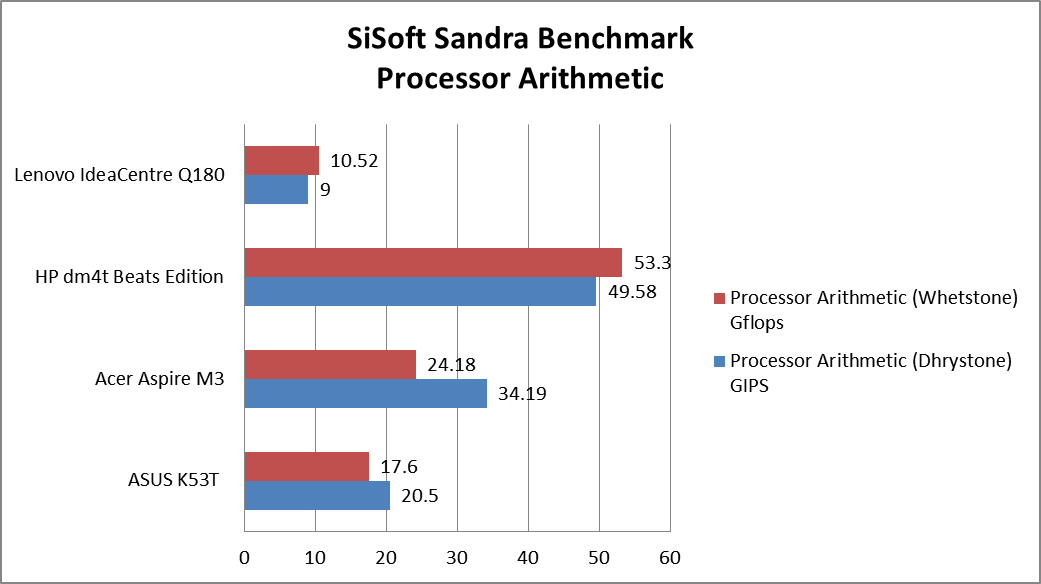 The Q180 is not the exception. Every Atom powered product I’ve handled in the last few years has disappointed me with the sole exception of the ASUS 1215N. But even that laptop failed to play high-resolution video smoothly and was unable to deliver the gaming promise of Nvidia’s Ion. Only its excellent design and long battery life saved it.

Atom’s relative performance is worse today than it was in the past. While Intel has gradually updated the line with slightly better clock speeds and other minor improvements, the company’s efforts have only patched a rotting foundation. The architecture used by Atom has extremely poor per-clock performance, which means each bump offers a relatively small increase in our benchmarks. It’s a losing game with a predictable result. 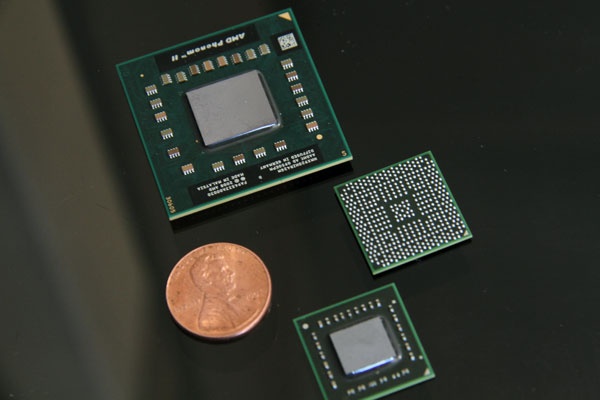 AMD’s E-series APUs offered a glimmer of hope for cheap, low-power computing when they were introduced last year. Yet they continue to struggle for many of the same reasons as Atom. While overall video performance is better, it’s still inadequate for modern games and 1080p is not smooth through some sources. In addition, Intel and AMD’s least expensive mainstream laptop processors, like Intel Pentium and AMD A4/A6, are barely more expensive. There are many laptops on the market with these processors that can be had for under $500. Small size and extended battery life are the only reasons to go for the E-series, but as Intel plays limbo with ultrabook pricing those benefits will begin to vanish.

Consumers have spoken. Nettops are all but dead an all-in-ones have moved to laptop versions of Intel processors instead of Atom. Even netbooks seem to be nearing the end of their life. We’ve heard from ASUS that their next line of netbooks, which will be powered by the AMD E-Series, is the last they have planned.

It’s not just the lack of consumer interest that is working against these processors. Though AMD claims to be re-focusing on precisely this market the company’s recent efforts do not inspire confidence and we seem to be a long way from seeing a new product arrive. Intel, on the other hand, clearly thinks that low-voltage versions of standard Ivy Bridge processors are preferable to Atom. Neither company seems to be putting effort into this space. 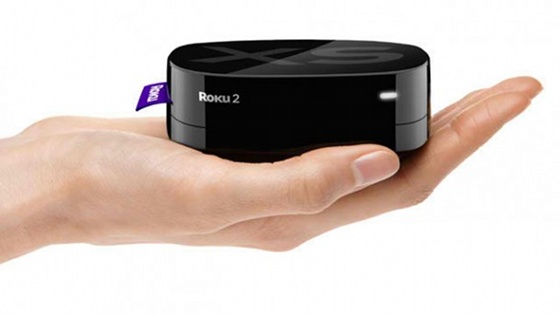 And then there’s ARM. There are already products with ARM processors on the market and they’re beating the snot out of competitors using x86 CPUs. Apple TV, Roku and WD TV are clearly superior to Boxee and the Lenovo Q180 – once again, sales make it clear that consumers have already chosen. We have yet to see a compelling ARM based laptop, but the ASUS Transformer Prime suggests that it’s at least possible, from a hardware standpoint, to execute. All that’s missing is a desktop operating system – and Windows RT is right around the corner.

Intel is likely to continue on with Atom in computers, but only because it will be easy to offer the fruits of its smartphone endeavors in desktop and laptop PCs. There’s no particular reason for Intel to kill it but – in regards to laptops and desktops – there’s no reason for Intel to make it better.

This Is Good News

I don’t think anyone will be saddened by the news that low-power processor architectures are being replaced by low-voltage versions of mainstream architectures. The performance of today’s Atom and AMD E-Series APUs on the CPU side is terrible. Atom is in even worse shape thanks to an integrated graphics component that was considered slow five years ago.

The slow death of low-power x86 processors heralds a new era in laptops that is unlike anything that we’ve yet to experience. Up until now laptops have been the only reasonable choice for people that wanted a mobile computer and x86 has been the only choice for computers, period. Consumers had little choice but to put up with the shortcomings of netbooks if they wanted cheap, portable computers.

That is beginning to change. As tablets mature they will become more relevant as competitors to laptops and will be recognized as full-fledged computers. We are also likely to see an explosion of alternative formats such as dockable tablets, convertible tablets and even smartphones that dock into full-sized laptop frames.

And then there is Windows for ARM. The introduction of Windows RT will not change the world overnight, but it’s an important milestone that will spur further competition. For the first time since Apple abandoned Power PC, buyers will have an alternative to x86 processors in their laptop. And unlike Power PC, which was used only by Apple in the consumer laptop market, ARM is open to everyone.

The reasons for the existence of Atom, already few in number, will dwindle further. If you ask me, its death can’t come quickly enough. 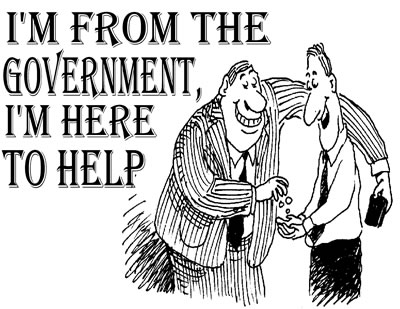 ‘Learn to trust us, because we’re not about to stop.’ 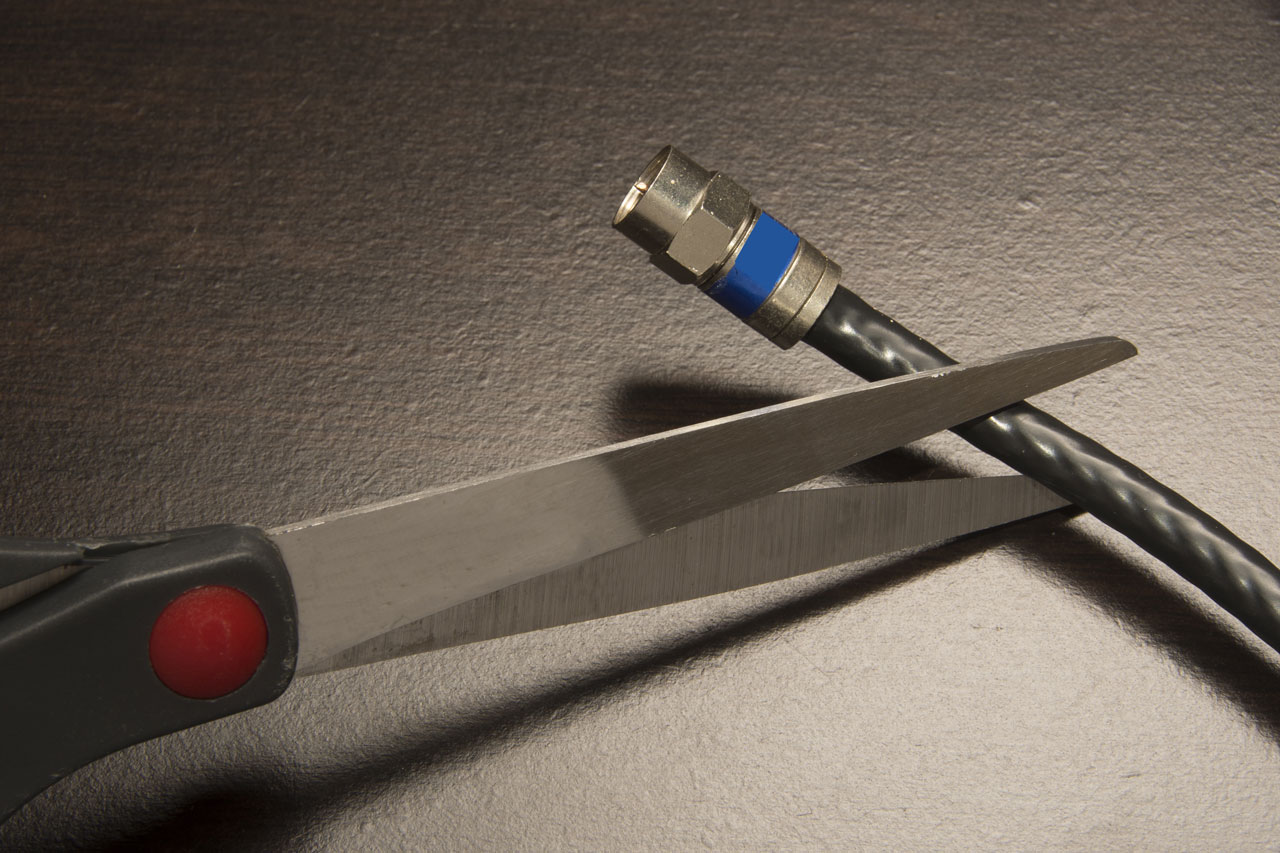 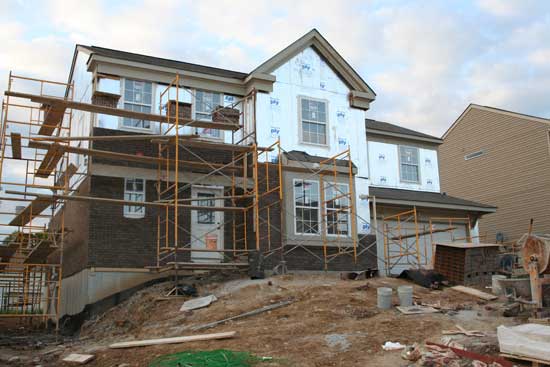