Epic talks a storm of bullets. Piracy hurt the sequel?

Mike Capps of Epic Games, among many other developers and publishers, completely misses the point about piracy. No-one can control piracy, they can only control factors which influence it — but controlling those factors is meaningless if sales are sacrificed in the process. No-one gets paid by not being pirated; people get paid by making sales.

Frequent readers of my editorials are probably well aware that I am quite vocal about many topics including piracy, the consumables model of art, censorship, and used content sales. I take a very mathematical approach to a lot of complicated topics. Unfortunately, a lot of what is considered common truths is based on fundamentally invalid statistics. It gives me a lot to write about.

Mike Capps of Epic Games was interviewed by GameSpot during PAX East and at some point in the discussion the topic floated across Bulletstorm. On the topic of its lower-than-expected sales, Capps added that the PC version was adversely affected by piracy.

Similar statements have been made for countless other games at countless other times. Each of those statements makes a subtle but gigantic mistake in formulating the problem: piracy is not something which does, piracy is something which is. Piracy does not affect your sales, but whatever affected piracy might also affect sales in one way or another.

The intuition is that sales decrease as piracy increases and vice versa. That assumption is nullified by counter-example: do not release a product. Piracy and sales, if you do not release a game, will trend in the same direction: to zero. It is now obvious that sales and piracy do not always inversely correlate.

As Mike Capps also stated in the interview, Bulletstorm had a very rough launch and lifespan on the PC. Bulletstorm required for Games for Windows Live, encrypted its settings, and did other things to earn a reputation since launch as a bad console port to the PC. Customers complained about the experience on the PC which fueled an inferno of uncertainty and doubt for potential buyers.

Being pirated is not losing a sale, but losing a customer before their purchase is.

I was personally on the fence about Bulletstorm and this negative word-of-mouth lead me to ignore the title. I did not purchase the game, I did not pirate the game; I ignored the game. Perhaps those who pirated your title did so because they were interested, became discouraged, but were not discouraged enough to avoid giving it a chance with piracy?

What I am saying is — piracy cannot reduce your sales (it cannot do anything, it is a measurement), but perhaps whatever combination of factors reduced your sales may also have increased your piracy? 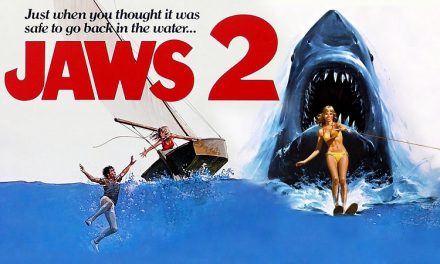