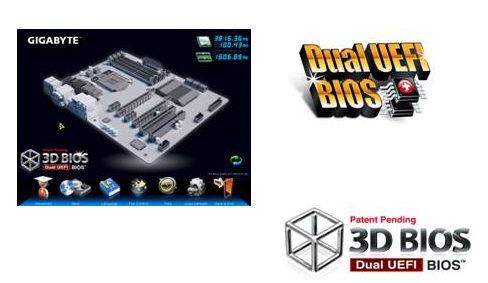 “The new GIGABYTE 7 series motherboards are designed to offer a seamless upgrade for enthusiast PC DIYers by providing specifications and features that will be compatible with future CPUs, VGA cards, memory, SSDs, and wireless protocols for years to come,” commented Henry Kao, Vice President of GIGABYTE Motherboard Business Unit. “It makes sense then for us to aggressively transition to GIGABYTE Z77 and H77 motherboards so that enthusiasts can purchase them in anticipation for the release of Intel’s highly sought after 3rd Gen Core processors.”

Dual UEFI with Exclusive 3D BIOS
GIGABYTE 7 series motherboards also feature our revolutionary 3D BIOS that is based on the exclusive GIGABYTE UEFI DualBIOS technology. With an updated look and feel, this new 3D BIOS offers two distinct modes of interaction in a BIOS environment, 3D Mode and Advanced Mode, that re-draw the traditional BIOS user experience with a far more intuitive and graphical interface. 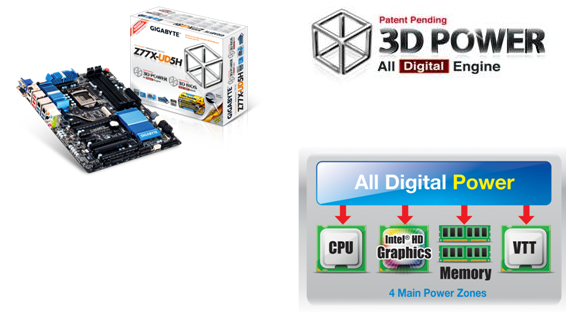 Set Your Desktop Free: GIGABYTE Bluetooth 4.0/Dual Band 300Mbps Wi-Fi PCIe Card
GIGABYTE 7 series motherboards include an exclusive PCIe expansion
card that offers support for the latest Bluetooth 4.0 (Smart Ready) and dual band 300Mbps Wi-Fi connectivity*. With the growing availability of affordable or free remote mobile to PC software, such as Splashtop and Dropbox, GIGABYTE believes that now is the time to explore and enjoy the home cloud: a personal cloud within the secure environment of a home network where the performance and functionality of desktop PCs can be utilized and controlled by portable cloud devices.

GIGABYTE 7 series motherboards feature an exclusive EZ Setup utility that allows users to more easily implement the latest Intel responsiveness technologies. Within a simple user interface, you can install and configure Intel Smart Response, Intel Rapid Start, and Intel Smart Connect. GIGABYTE EZ Setup will automate the install procedure for each of these technologies, reducing the procedure to a few simple clicks of your mouse.

Onboard mSATA Support
All ATX form factor GIGABYTE 7 series motherboards feature an onboard mSATA connector* that, together with GIGABYTE’s EZ Smart Response technology, allows users to simply and cost effectively enjoy better responsiveness from their PCs. mSATA solid state drives have been made popular by the rapid growth of tablet PCs, and provide a cheaper solution for smart caching because they are available in smaller capacities than traditional SSDs. 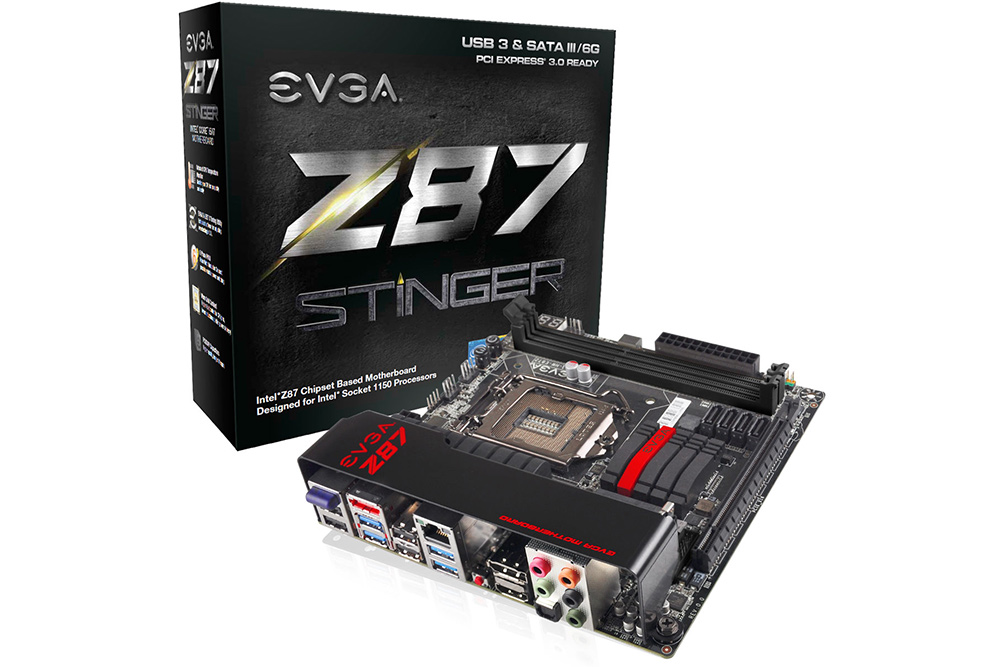