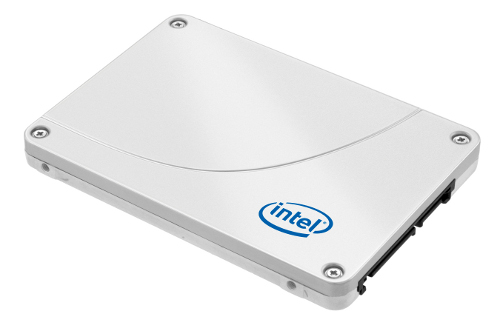 Intel has released an SSD aimed at the consumer and casual user market, as well as offering a choice which might help future Ultrabook models dip below the $1000 mark while keeping the speed of an SSD.  At a price of just under $1.50/GB on the smallest 60GB drive and better pricing on the 120GB and 180GB models, it is possible to upgrade your system to a good sized SSD for less than $250.  You don’t lose much performance either, the drive beats the old 320 series and can come close to the new 520 series.  One thing to note is that those drives both carried 5 year warranties, while the 330 has only a 3 year warranty.  Check out the full scoop in Intel’s news room.

“An SSD is still the single best upgrade you can make to your existing PC, and the Intel SSD 330 Series gives users the latest Intel SSD technology at a price to meet their budget,” said James Slattery, product line manager for client SSDs, Intel Non-Volatile Memory Solutions Group. “Backed by Intel’s rigorous testing process, the Intel SSD 330 Series offers our users the speed they need at a great price, backed by world-class manufacturing, reliability and tech support.”

The Intel SSD 330 Series comes in a standard 2.5-inch/9.5mm form factor as a replacement to a slower-performing HDD. It can be used in a dual-drive desktop PC configuration to speed up boot times and applications speeds, or as a single-drive notebook upgrade.

Available beginning today at worldwide retailers and online e-tailers, the Intel SSD 330 Series is offered at the suggested channel price of $89 for a 60GB drive, $149 for a 120GB drive and $234 for a 180GB drive. It is also backed by a 3-year limited warranty. 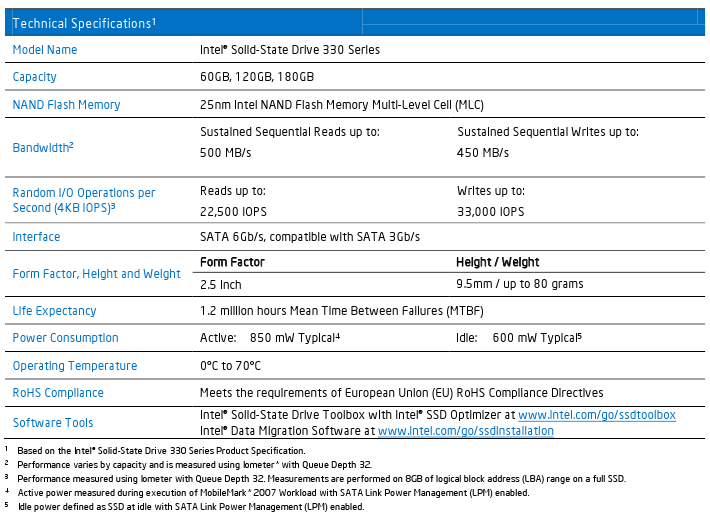 The OCZ Agility 2 (E) 60 GB, enterprise performance for not too much