Introduction, Overview, What is New With Ivy Bridge

This article will focus on the new Ivy Bridge, 3rd Generation Core Processor from a mobile perspective.  If you are curious as the performance and features of the Ivy Bridge desktop processors, be sure to check out our desktop Core i7-3770K review here.

It would be an understatement to say that Intel’s had a good streak as of, say, the last five years. If life was commented on by the announcer from Unreal Tournament, Intel’s product releases would now be followed by the scream of “M-M-M-MONSTER KILLLLLLLL!” This is particularly true in the mobile market. Atom aside, Intel’s processors have repeatedly defeated AMD and its own preceding products.

Many companies in this position might feel it’s time to take a breather, but Intel has reached this point precisely because it doesn’t. The “tick-tock” strategy of constant improvement has made the company and its products stronger than ever before. Even the Pentium-powered Intel of the mid-90s seems weak compared to today’s juggernaut.

And so we come to the launch of Ivy Bridge. This is not a new architecture but instead an update of Sandy Bridge – however, that does not mean the under-the-hood revisions aren’t substantial. There’s a lot to talk about.

The reference system provided for our review is an ASUS N56VM, but this is not a full review of the laptop. That will be published later, after we’ve had more time to look at the laptop itself. Our focus today is on the new Intel hardware inside. 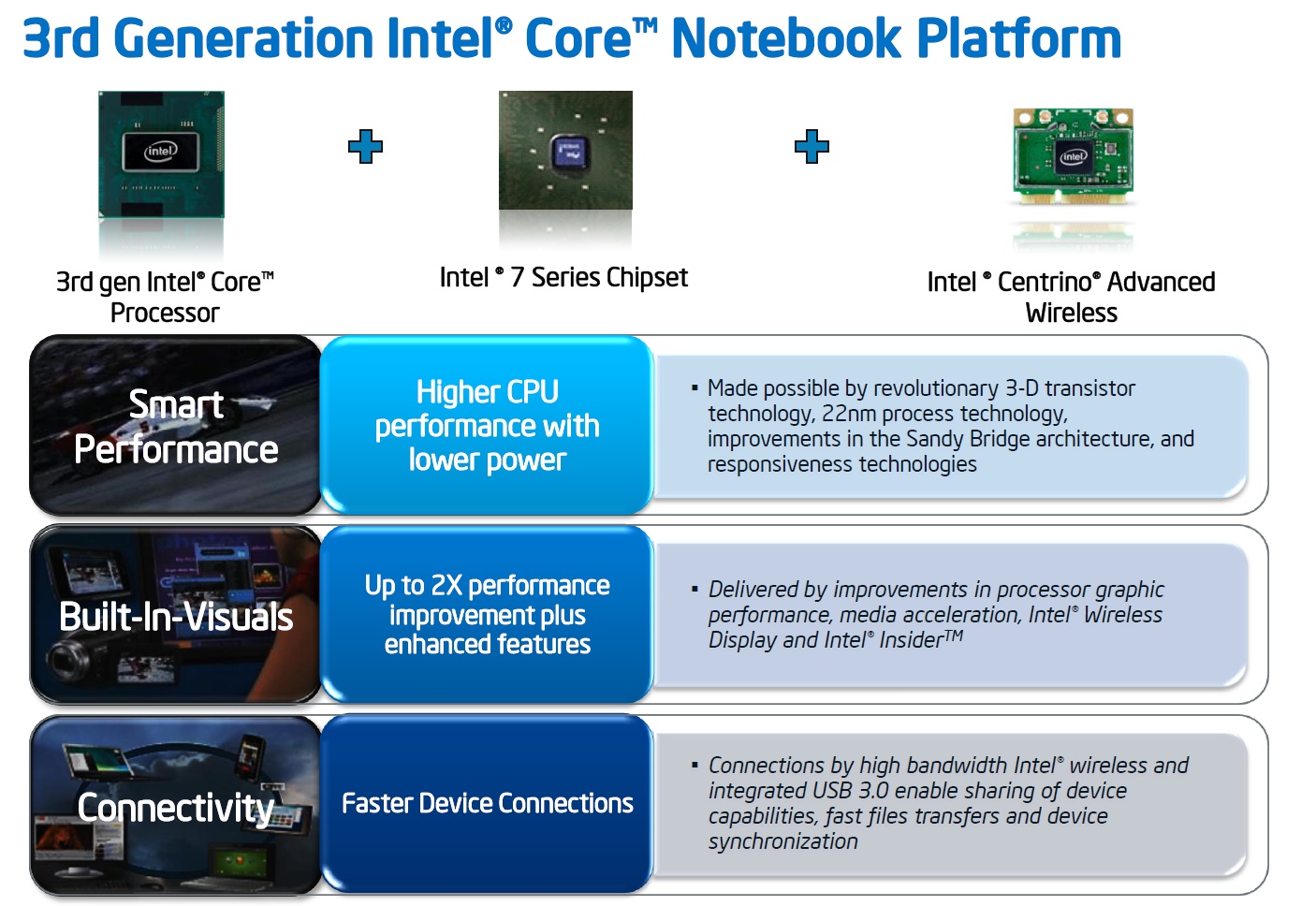 Intel is leading with one of its most powerful products this time around – the Core i7-3720QM. Featuring four cores, a base clock of 2.6 GHz and a maximum Turbo Boost clock of 3.6 GHz, it looks set to dominate all of our processor benchmarks. Official TDP is at 45 Watts, the same as the previous Core i7-QM products, though that doesn’t mean it won’t prove more power efficient.

Additional dual-core products will of course be available, but it appears as if they’re going to trickle out over the next month or two rather than arrive in a surge. If you’re wanting to buy an Ivy Bridge laptop within the next few weeks you will probably have to buy a quad-core.

The Intel HD 4000 integrated graphics processor, on the other hand, will have its work cut out for it. The strides made by this company in this area have been impressive, but the competition isn’t rolling over. Nvidia’s new Kepler architecture is a winner and AMD’s Fusion APUs are stiff competition. 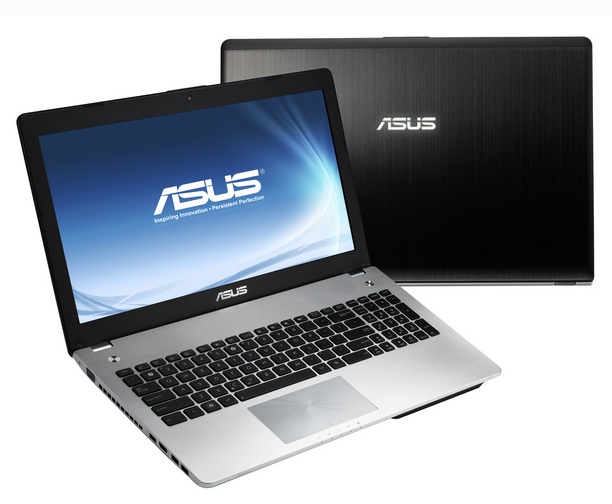 The reference system, which is an ASUS N56VM, is equipped with an Nvidia GT630M discrete GPU. We will of course turn this off to test the Intel HD 4000 IGP, but we’ll also turn it back on to provide a direct apples-to-apples comparison of how the new IGP compares to one of Nvidia’s low-end discrete GPUs.

The rest of the reference laptop is the typical high-end fare. 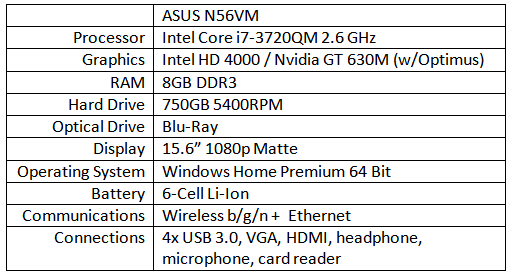 As this is a reference system, we weren’t provided much information about market positioning or pricing for this laptop, but we do know that it would be likely to ship at around $1149. We’ll explain that further in the full laptop review, of course. 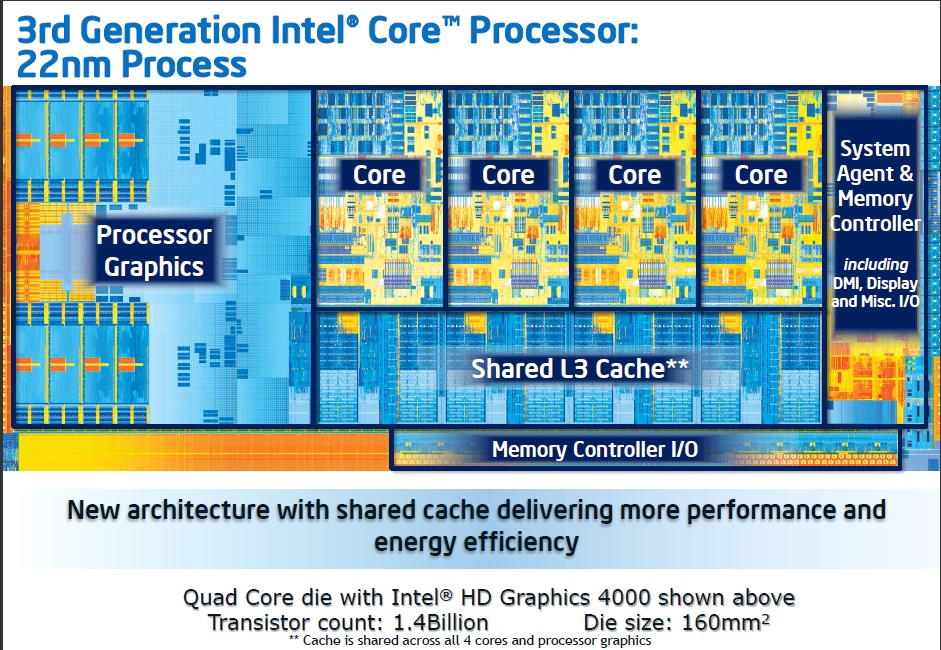 There are two words that can describe Ivy Bridge. Die shrink. This new product’s most important innovation is the use of Intel’s brand new 22nm process. The company is once again significantly ahead of the competition in this area.

Ivy Bridge is also the first product to use the new tri-gate transistor, an innovation that allows Intel to control current on three sides of a transistor instead of two. You can find out more about it in our previous new post on the subject, but the basics are the same as with any other die shrink. Intel expects the new products to offer better performance at lower voltages. This translates to laptops that are quicker, thinner and quieter than before (in theory, at least). 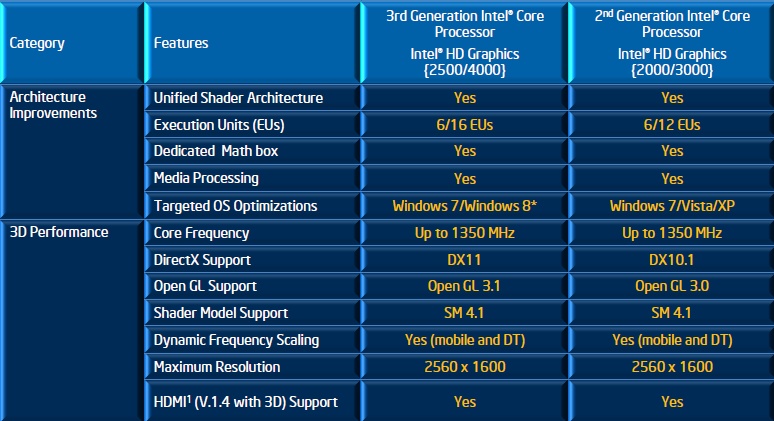 On the graphics front Intel HD 4000 receives four more execution units (for a total of 16) plus support for DirectX 11, OpenGL 3.1 and OpenCL 1.1 on up to three displays. The maximum clock is 1250 Mhz (as opposed to 1350 MHz for the desktop version). As with Sandy Bridge, Core branded versions of Ivy Bridge for mobile will always include Intel HD 4000 rather than the less powerful Intel HD 2500.

We don’t expect the IGP to be powerful enough to play games with DX11 features turned on – but the inclusion at least provides the option and (hopefully) points towards better drivers. Official statements have touted an increase in GPU performance of up to 50%. If we find that to be the case, the new IGP will be Ivy Bridge’s best feature. 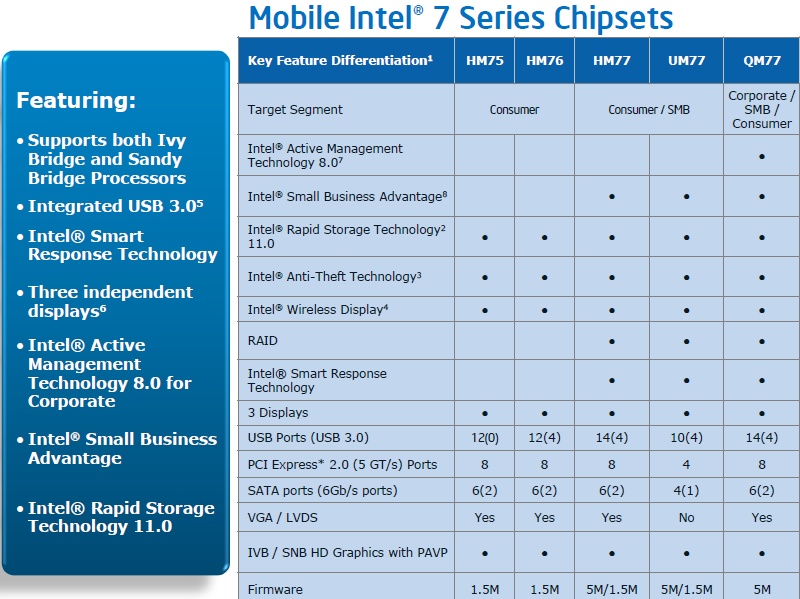 The most significant non-processor improvement is the new line of chipsets that accompanies Ivy Bridge mobile products. USB 3.0 is now integrated on all mobile chipsets besides the basic HM75, which means that we should see nearly ubiquitous support going forward. All mobile chipsets supporting USB 3.0 can handle up to 4 ports – an advantage our reference system made use of.

This is all of the critical information about Ivy Bridge, but if you’d like some additional detail, check out Ryan’s desktop review. It includes more in-depth information and some nifty slides from Intel.