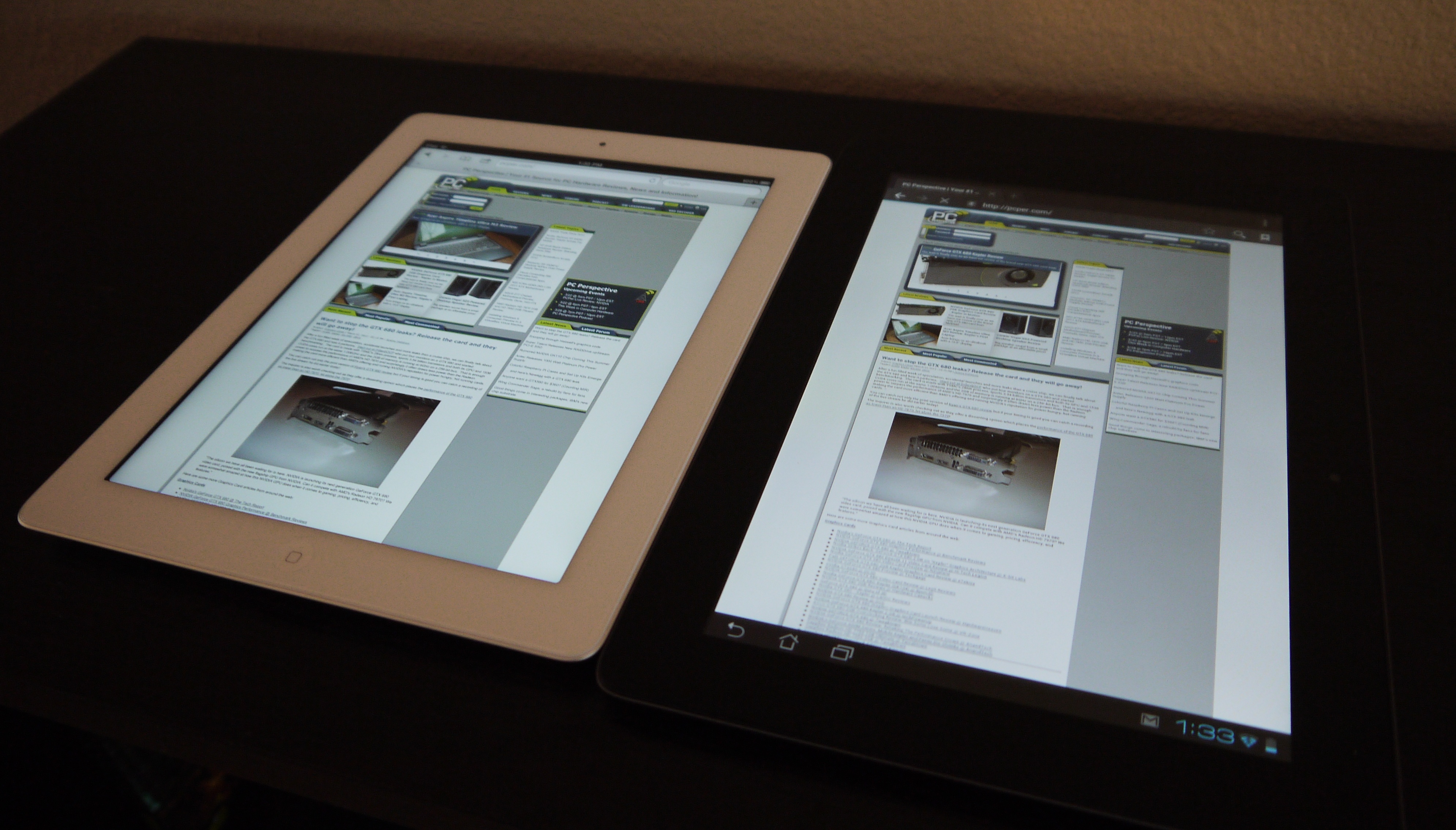 When I reviewed the Prime I was very pleased with its display. It is bright and colorful and does a particularly good job of handling media content.

Yet it has no hope of competing. The new iPad 3 has three times as many pixels as the Transformer Prime (3,145,728 vs. 1,024,000) which translates to about 100 more pixels per inch. The sharpness of the iPad 3’s display in comparison to the Transformer Prime is evident when browsing the web.

Consider the images below. These are photographs of the PC Perspective website as it appears when you initially load the page on each tablet (in portrait orientation). As you can see, text is not clearly visible when it loads on the Transformer Prime due to its lower pixel density. You have to zoom in to read it. That’s not necessary on the iPad 3, which easily resolves the text.

This advantage does not apply to all websites. Some use larger fonts and others have different formatting. But there are are a number of pages where this difference is noticeable.

It’s not just the pixel count that favors the iPad 3. Though both tablets offer enjoyable image quality, the iPad 3 offers richer colors. Testing of the new display’s color space confirms that it is significantly better than the iPad 2 and any other tablet on the market today. 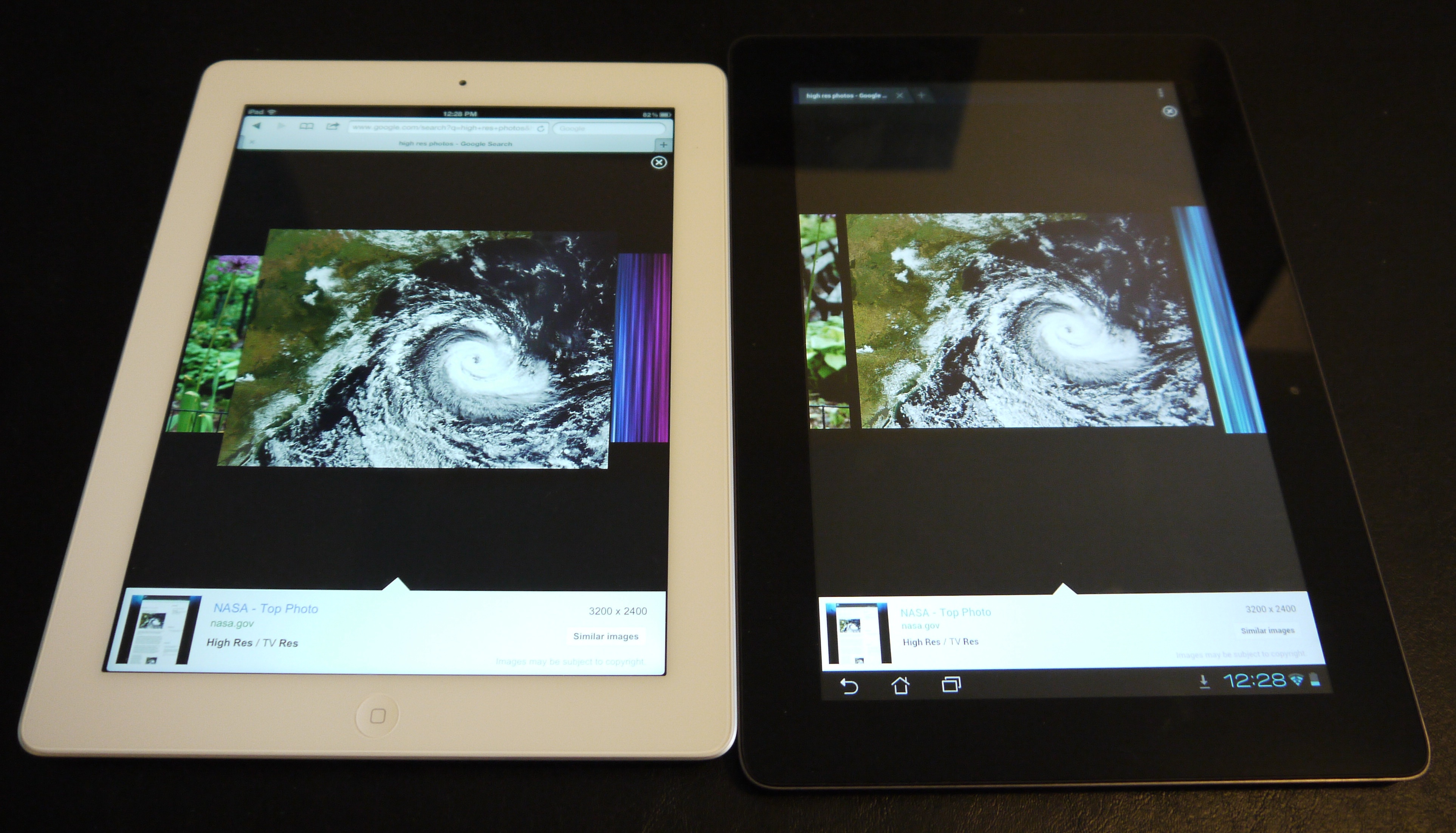 The importance of the additional pixels is difficult to overstate. Having used the iPad 3 it is my belief that all future tablets must have a resolution that is similar. Any which fail to do this will automatically exclude themselves from competition (unless the tablet is remarkably inexpensive, of course).

Although the display is a landslide in favor or the iPad, there is one area where the Prime wins – brightness. Its Super IPS mode is clearly brighter than anything the iPad can manage. In most situations this is a moot point, but it does become an advantage if you are using the tablets outdoors or in front of a window during a sunny day.

Audio quality usually isn’t a make-or-break point for tablets, and there’s not much difference to note between these competitors. Both have their speakers located to one side and both have them placed in an area that makes it possible to cover up the speaker during normal use, significantly decreasing quality and volume. Bring a pair of headphones if you want to listen to music or watch movies in anything besides a perfectly silent room.

The camera is an area where the Prime has a significant on-paper advantage. It includes an 8MP rear-facing camera (as opposed to 5MP on the iPad 3).

Does this translate to a better photography experience? Let’s find out starting with an interior macro shot. This demonstrates how each tablet handles photography in poor lighting conditions. 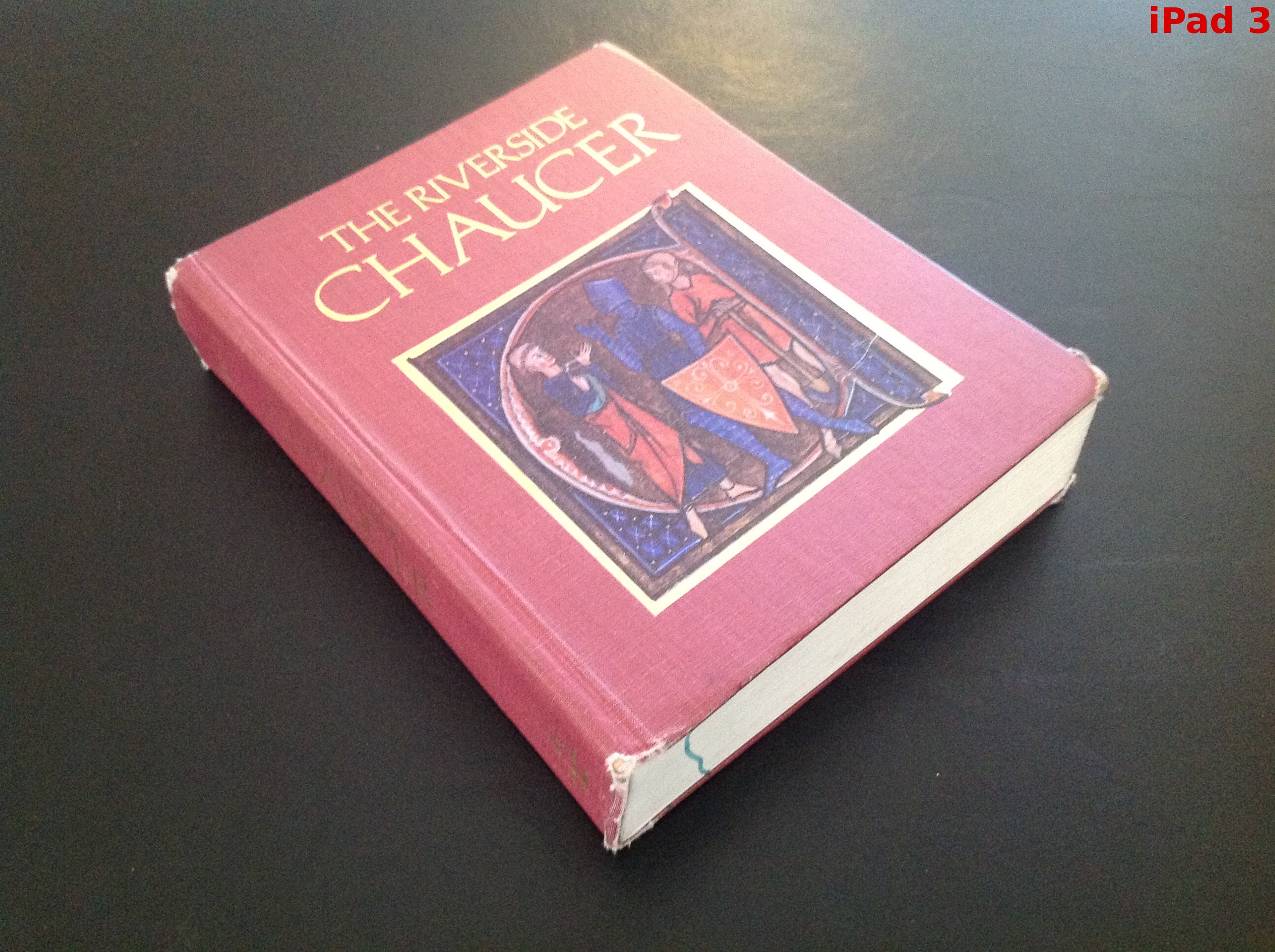 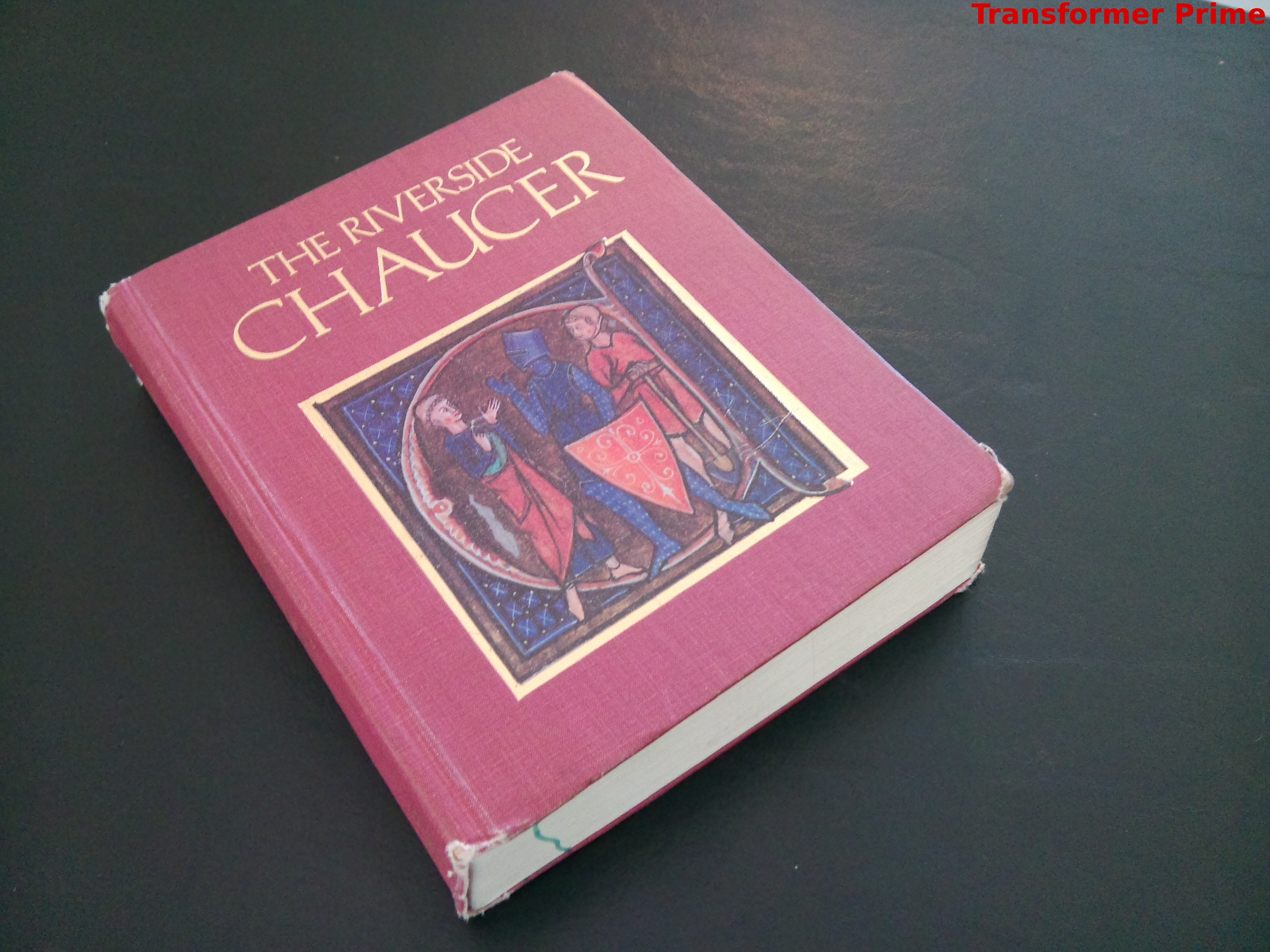 Neither tablet performs well in this setting, but the Transformer Prime does seem to have a slight advantage. There seems to be less noise and more color in the image shot with the Prime. Perhaps the sensor in that tablet’s camera is better able to deal with low-light conditons.

Let’s see what happens when we take the same book and put it in full sunlight. 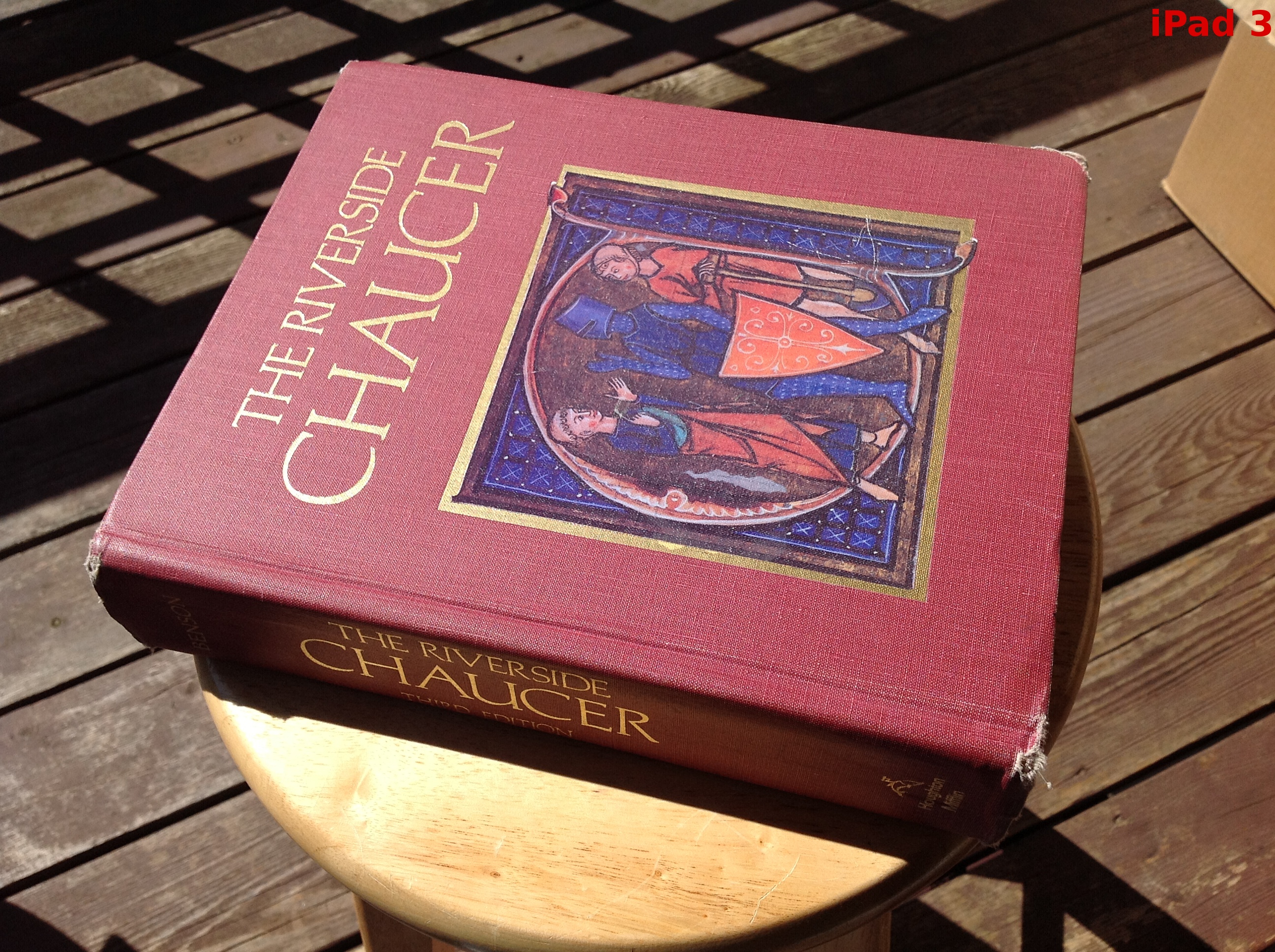 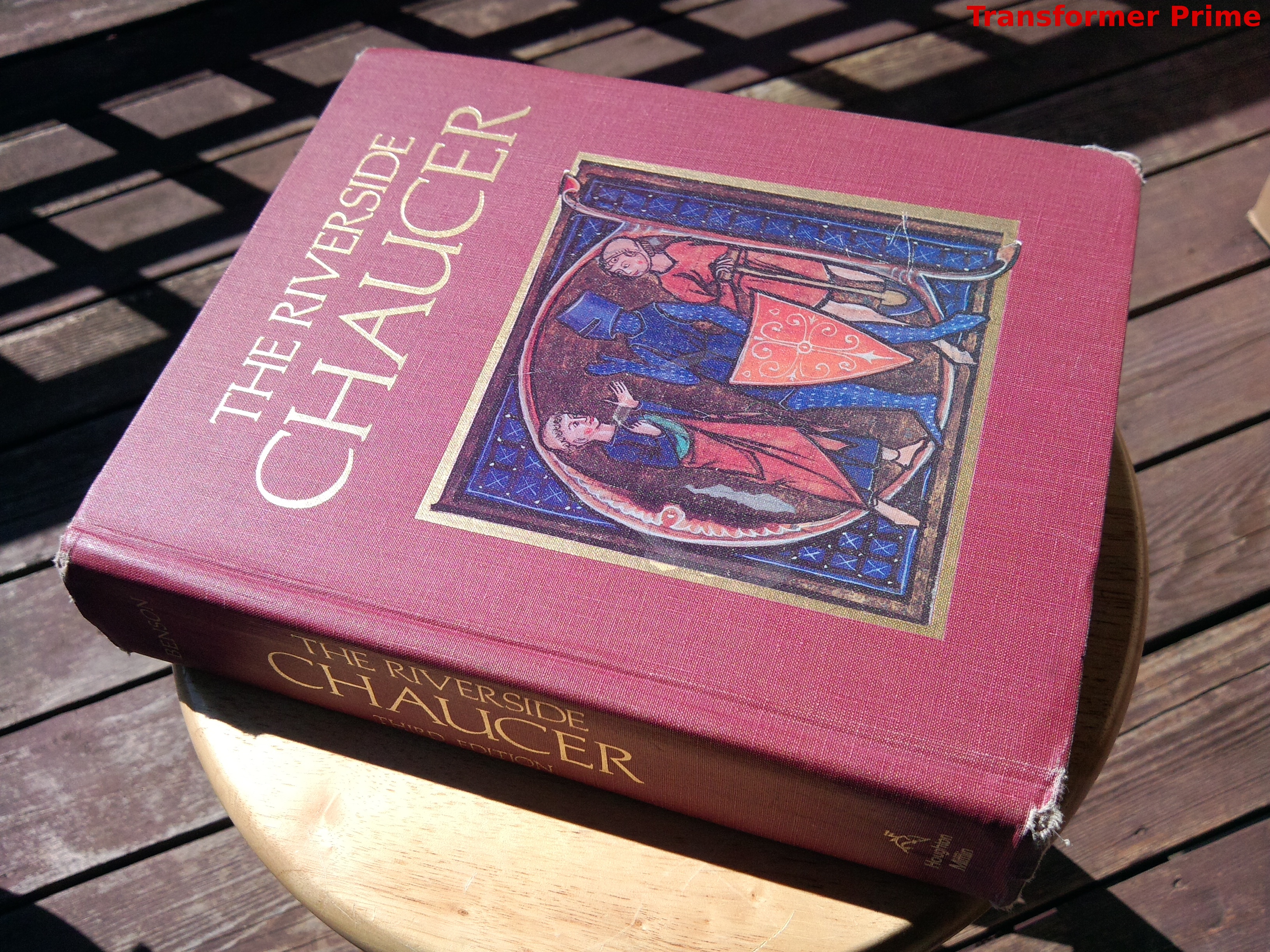 Both tablets perform much better when light is readily available. Noise is essentially eliminated and the resulting picture is sharp. However, the iPad 3 seems to do a better job of reproducing color. While the Prime’s photo is a bit washed out the iPad’s photo offers vibrant reds and does a much better job of picking up color from background objects, such as the deck floor and the stool the book is sitting on.

Let’s go to a landscape photograph on a sunlit day. 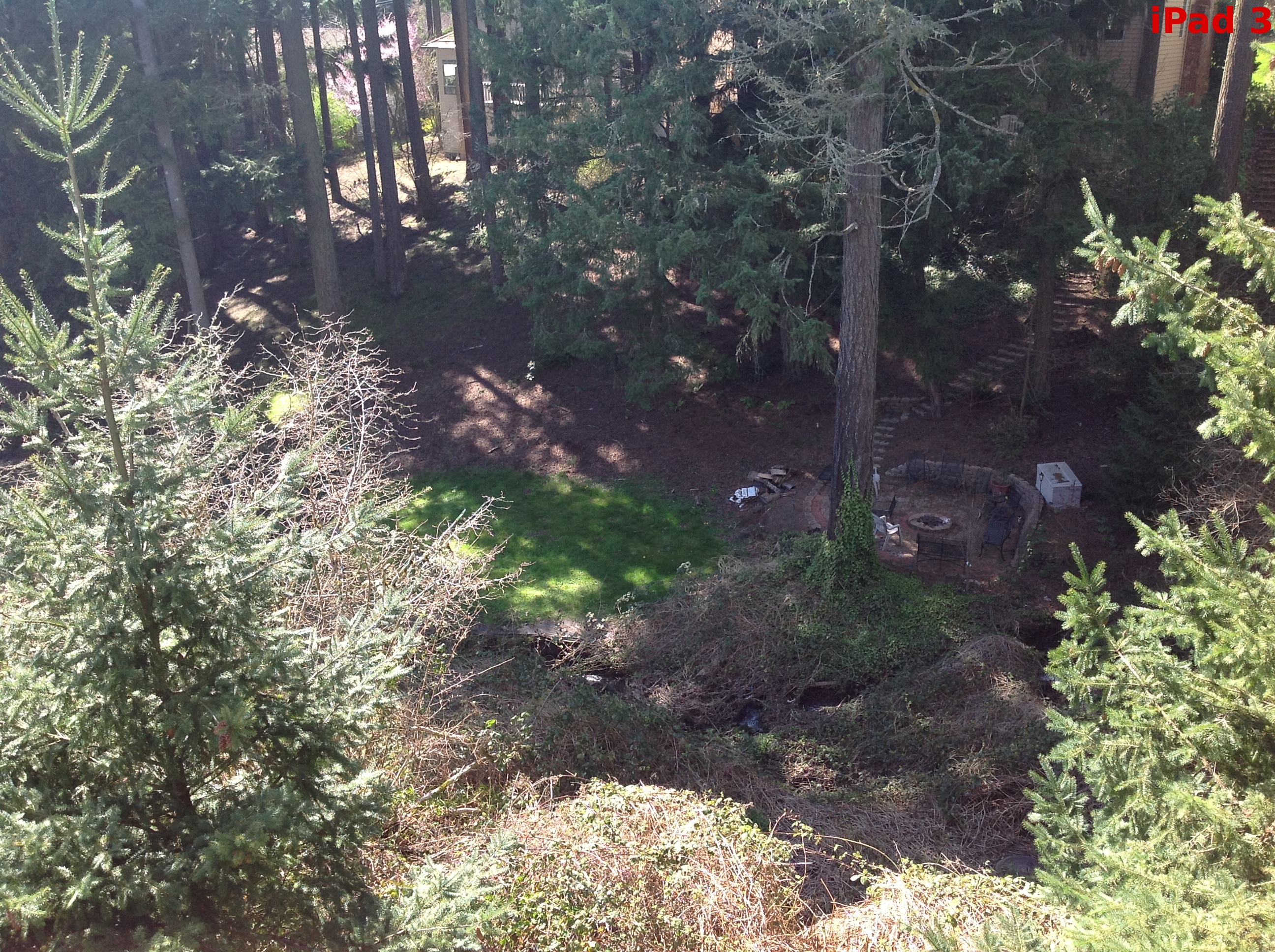 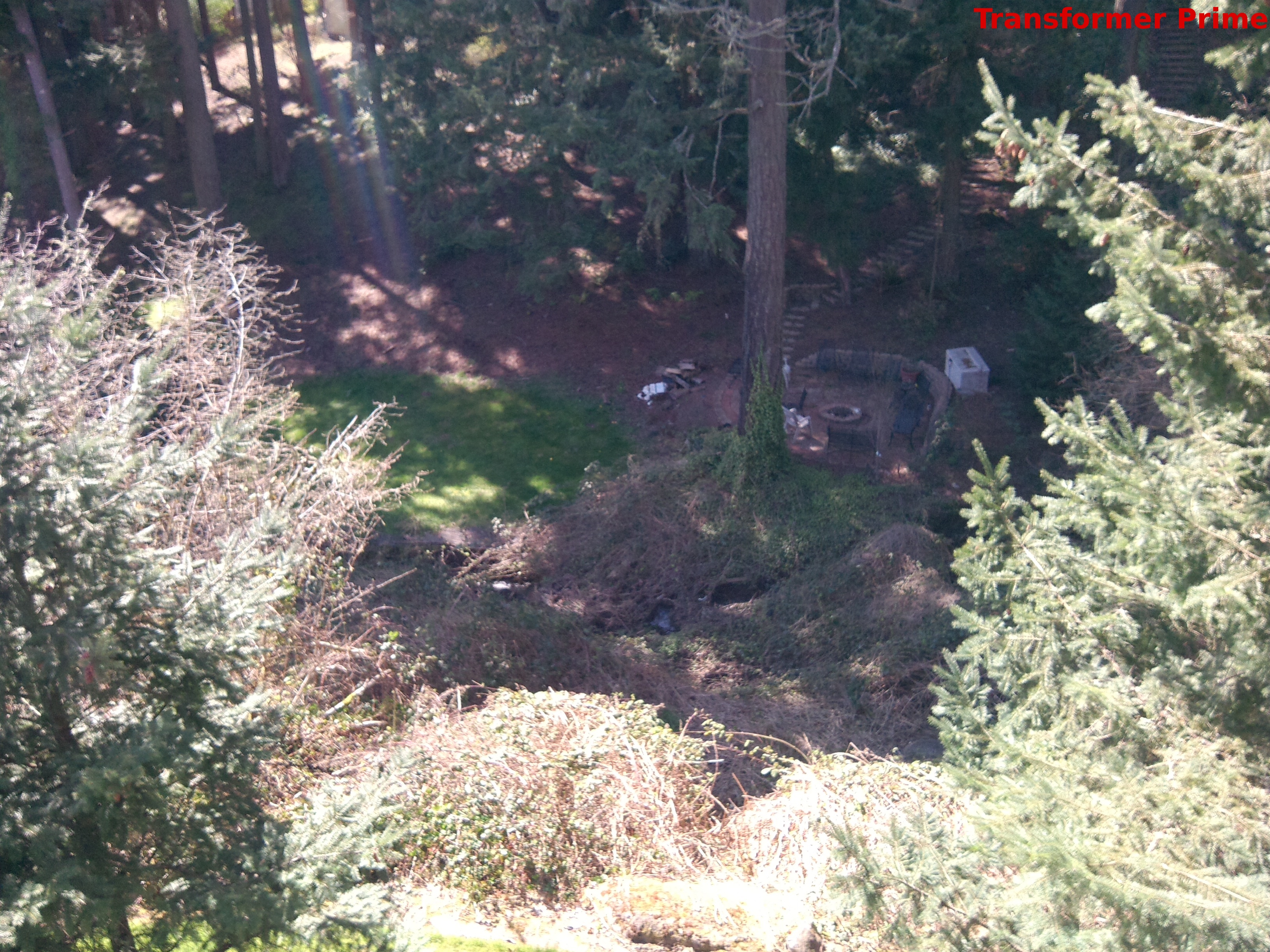 Bright sunlight clearly causes some trouble for both tablets, but the Prime is the clear loser. it simply can’t handle the amount of light available and bright portions of the image appear washed out as a result. In addition, there is a bit of lens flare occurring in the photograph. Reproducing this on the iPad 3 is possible, but it’s more resistant to it – you almost have to point the tablet directly at the sun to induce it.

Let’s round up the test of the rear-facing camera with a shot of a object in bright light that is about five feet away from the tablet. 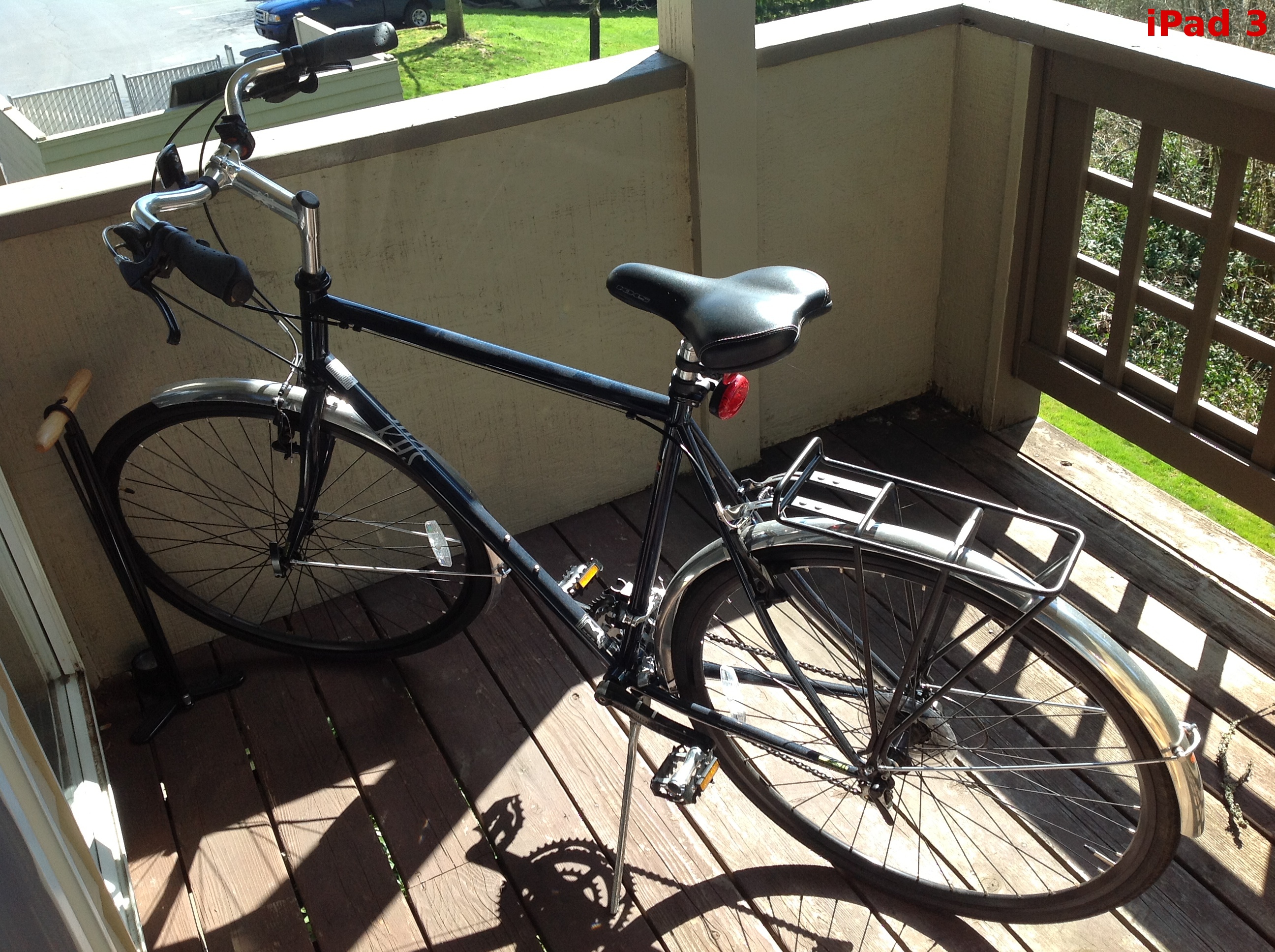 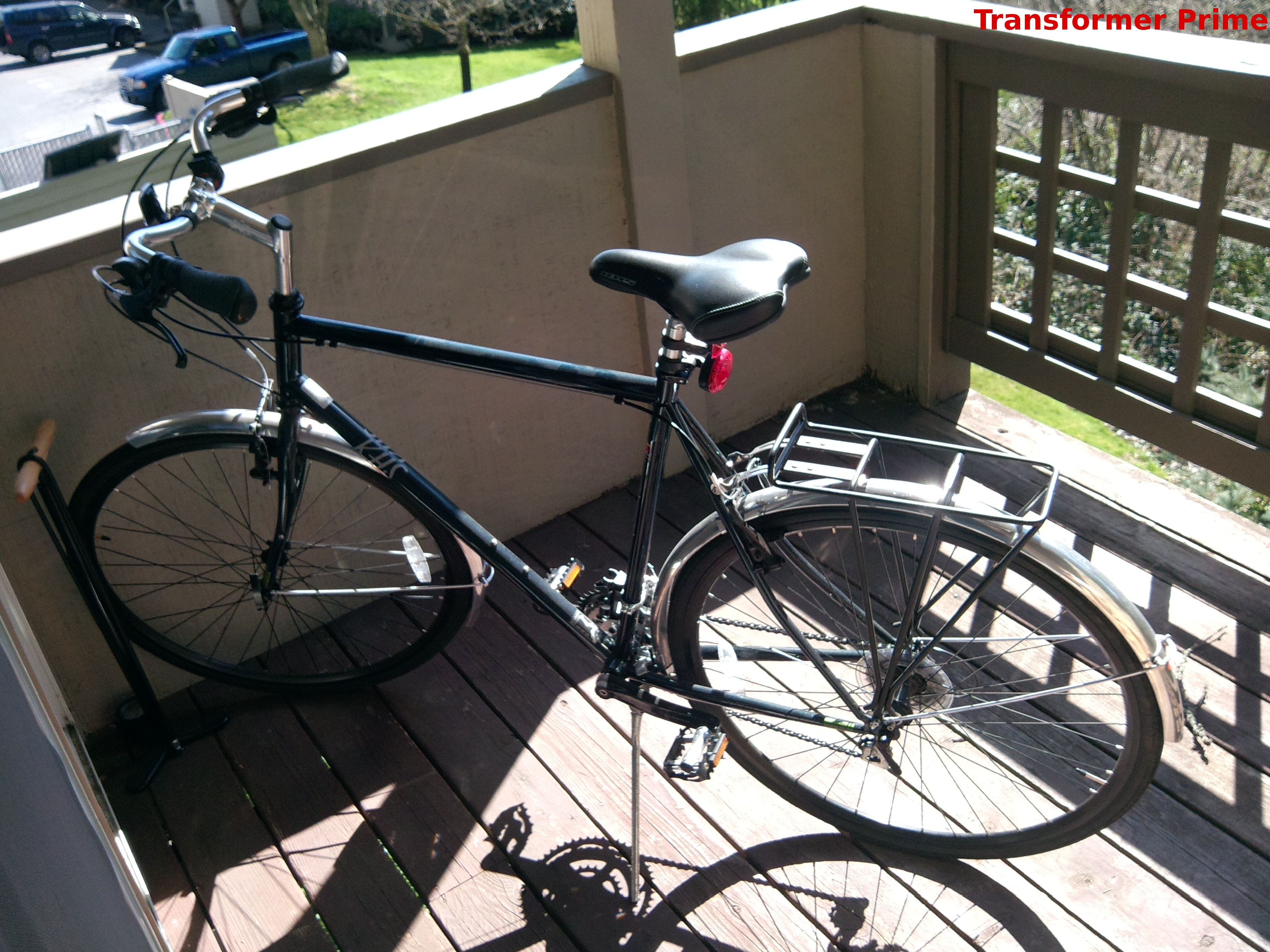 The Prime had real trouble with this photograph. It had difficulty deciding where to focus, which results in a somewhat blurry image. Problems with handling bright light continue, resulting in a washed-out appearance and some flare off the bike’s chrome.

While the Prime seems to be slightly better in low-light conditions it loses badly in photographs taken in brighter light. Overall, the performance of the iPad 3 is better, but you might prefer the Prime if you’re more likely to take photos while indoors. The presence of a flash on the Prime means that it automatically wins in dark lighting, as well.

Once again the Prime has an on-paper advantage. Its 1.2MP forward facing camera far exceeds the measly .3MP unit on the iPad 3. However, the rear facing camera on Apple’s tablet managed a win despite fewer mega-pixels. Can it repeat that performance? 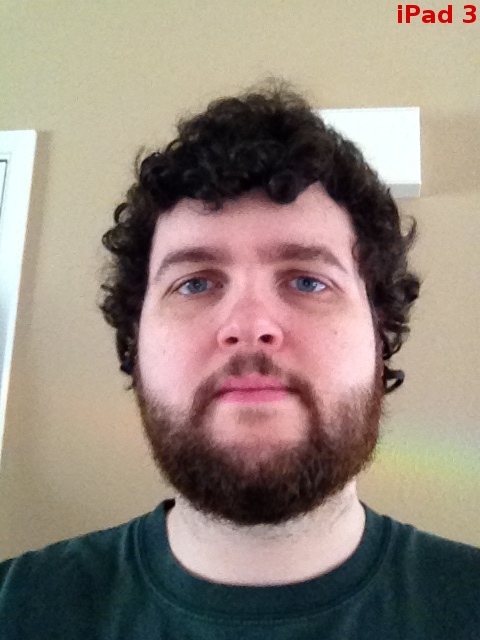 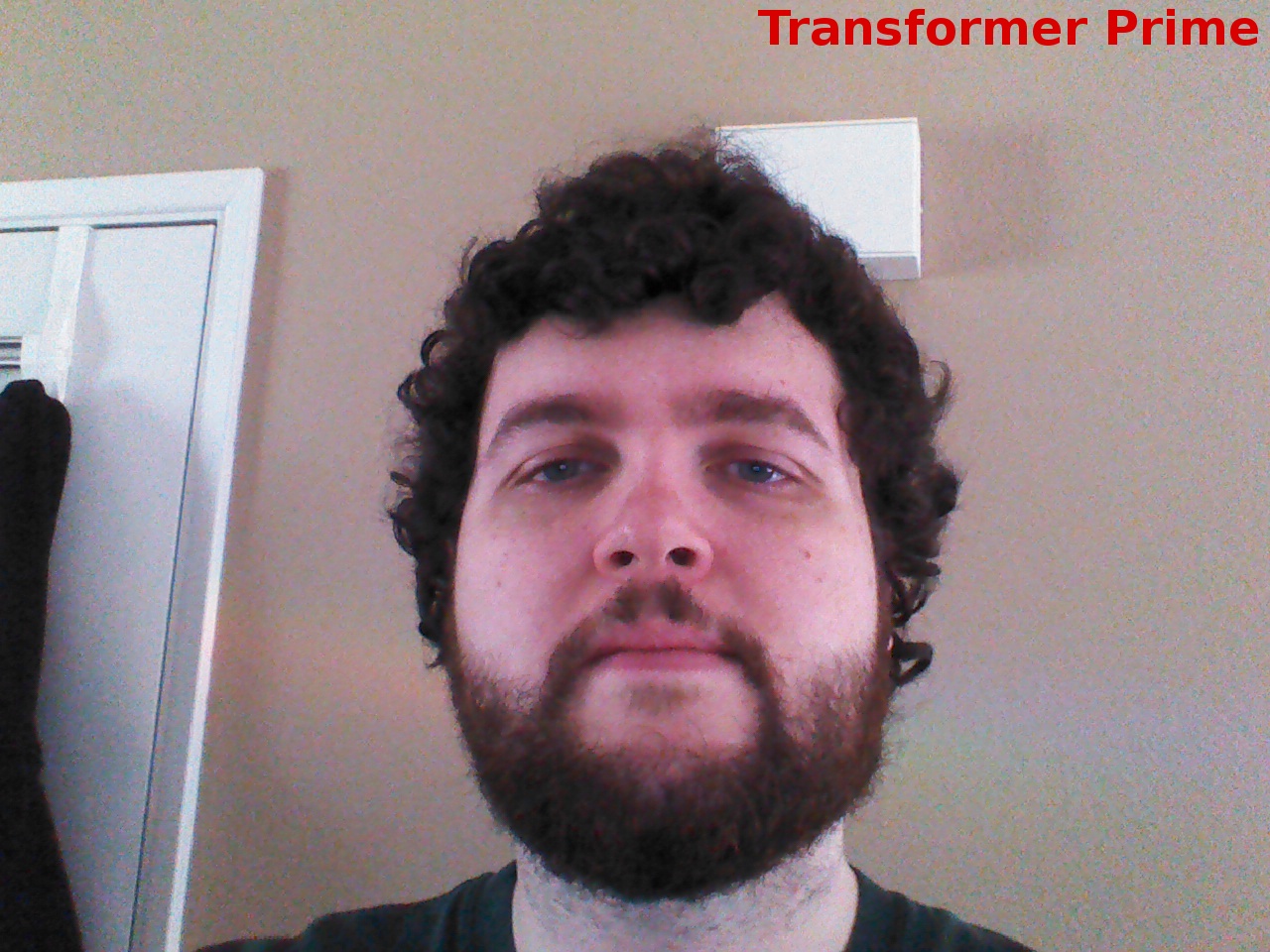 Not quite. In this comparison the poor pixel count is simply too much for the new iPad to overcome. Its small, noisy image is only acceptable even when lighting conditions are favorable.

That’s not to say the Prime is excellent. It also introduces significant noise. Color reproduction is another problem – the camera on the Prime has a tendency to overboost red, which results in a darker image and causes the subject’s face to appear unnaturally rosey.

Neither of these tablets can serve as a replacement for a high-resolution desktop webcam, but they are on par with the image quality you’ll receive from most laptops. 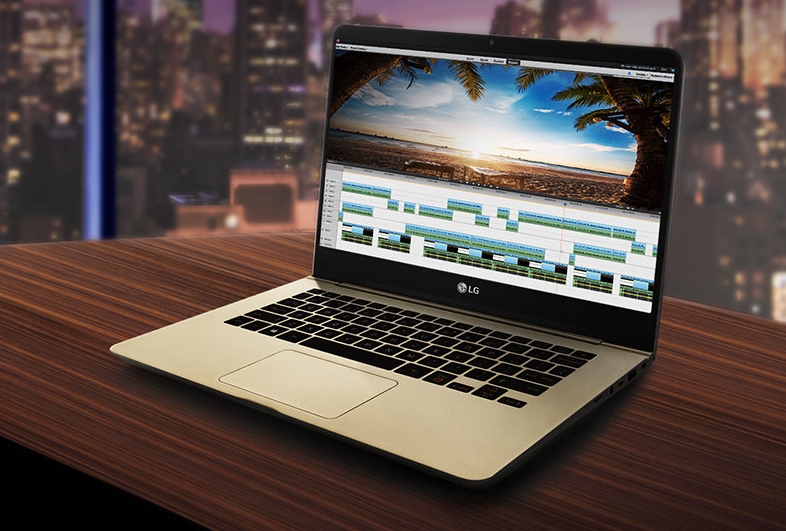