Defense of the Ancients, originally a mod for Blizzard-based games which inspired games like League of Legends and DOTA2, comes to Minecraft. Unlike other variants, it is from a first-person perspective rather than top-down — and it’s in Minecraft without needing client-side mods.

If you are a PC gamer — firstly, welcome home — but also you are probably will aware of something called a “mod community”.

Minecraft lends itself well to mod developers. Minecraft for the PC allows for their community to edit much of the game to customize it to their likings. Even without editing the core game client itself, there is a large amount of customization possible from within the game — including, apparently, developing a fully functional DOTA game type.

I cannot possibly describe how epic this is…

The game type of DOTA is quite simple in concept: kill AI to get money, use money to buy items, use items to kill the enemy team and their base.

Normally played from a top-down perspective, Minecraft DOTA is played from a first person perspective. One or two towers are placed in each of your team’s three lanes out to the jungle. In order to kill an enemy, you must destroy all five of their towers which is a feat requiring at least two people to accomplish. Once all five towers are destroyed, you can destroy their nexus (which requires three attackers) and win.

Check out the latest build at MineCraftForum.net. 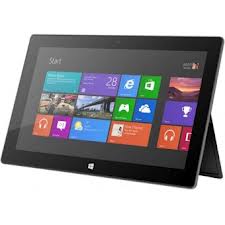 You can run x86 programs on WinRT thanks to this beta tool, but don’t expect miracles