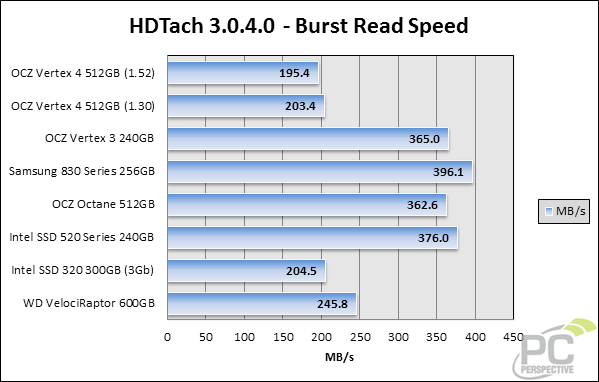 Bursts are provided only for your review. SSD’s don’t cache the same way HDD’s do, so burst testing typically results in figures that are lower than the sequential throughput figures. That said, they were particularly low for both Vertex 4 firmware revisions. More on that later. 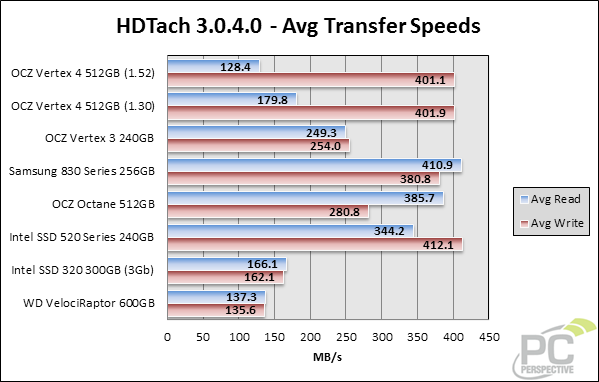 HDTach feeds the tested drive a continuous string of small sequential read requests. This is a single threaded operation, which means the SSD doesn’t get to see what’s coming next. OCZ has told me the Vertex 4 firmwares (both of those tested) have low performance on sequential reads at low queue depths, and this is clearly shown here. 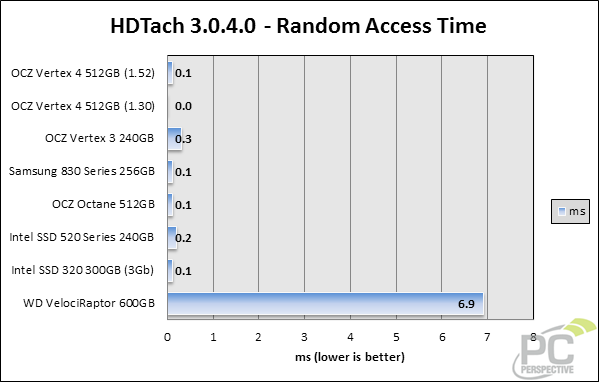 This test hints that the 1.30 firmware may have slightly lower latency as compared to 1.52. More on that once we get to IOMeter testing later on.