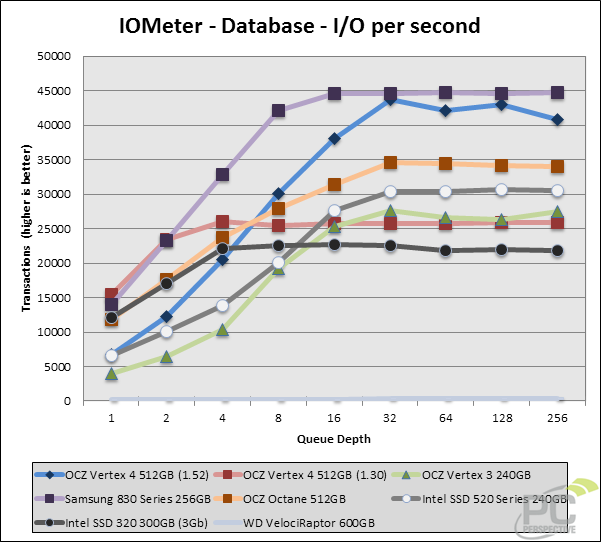 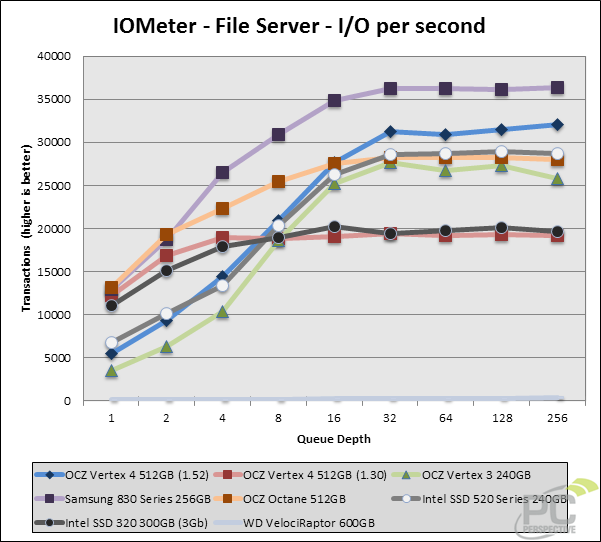 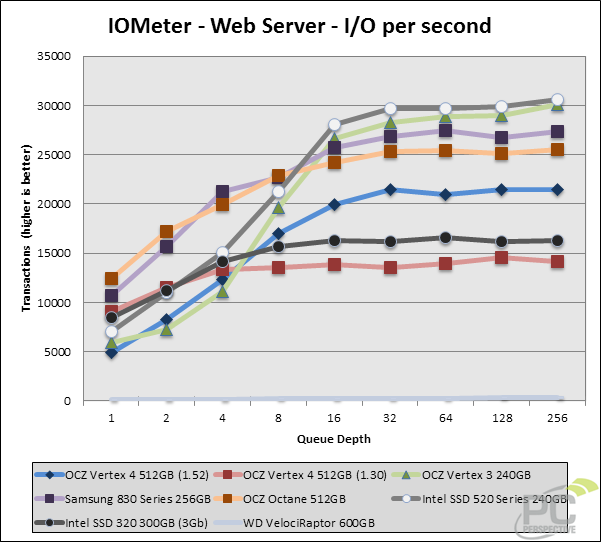 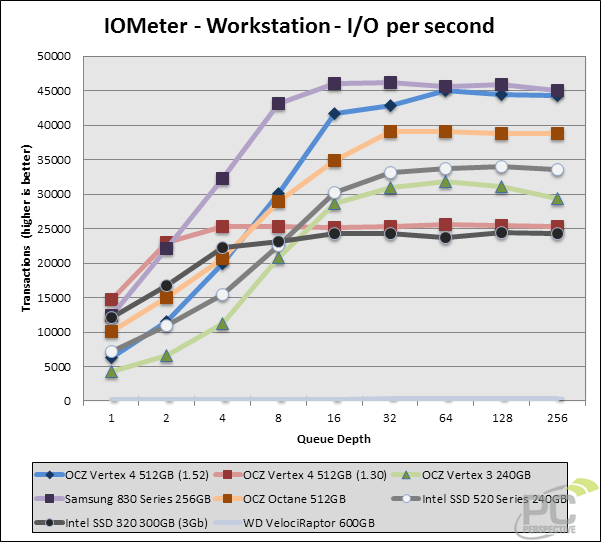 Now with that out of the way, lets look at the Vertex 4. You’ll notice the 1.30 firmware was showing some very high figures at QD 1-2, but it tapered off way earlier than it should have, meaning it started to self-limit at heavier parallel workloads. With the 1.52 firmware we saw big improvements on the higher end of three out of four tests, but low Queue Depth performance suffered. The former indicates a controller capable of some very low latencies, while the latter indicates there is plenty of headroom that can be exploited in the way of firmware optimizations. The trick now is to see both of these combined to yield the best of both worlds, which based on what I’ve seen here, should be possible through the release of a future firmware update.