Valve has been under the public eye since rumors of The Steam Box broke. To put out the rumors, Michael Abrash — now at Valve — announced their mystery project investigates computing devices that you can wear.

Great, that is just what we need, more Steam punks and their costumes.

Valve has traditionally been somewhat of a quiet company accustomed to public speculation. In a change of pace from the typical cries to release Half Life 2: Episode 3, Valve has recently been subject to rumors about breaking into the hardware business. In another change of pace, Valve has announced their hardware project is wearable computers and publicly solicited for job applicants to join in the research.

Want me to show you my knife collection?

Michael Abrash wrote in his blog on Valve’s website what his work is based on and it is quite similar to what Google is looking at with their augmented reality glasses.

By “wearable computing” I mean mobile computing where both computer-generated graphics and the real world are seamlessly overlaid in your view; there is no separate display that you hold in your hands (think Terminator vision).

While this is very interesting, it still remains to be seen where Valve intends to be involved with this project. Steam is pushing out from the desktop PC to the home theatre with their Big Picture UI and what that could potentially spread out into.

It is entirely possible that Google and Valve both see some link between Steam/Google TV and Wearable Computers/Augmented Reality glasses that we are just unable to perceive yet and are lunging for the same target. While the blog posting is very interesting, it still reveals little about the technology itself.

Also, this announcement does not mean that Valve is not working on a hardware platform to accompany The Big Picture, it just says more about what Valve is currently working on in secret. The previous rumors could still have some shred of truth in them.

As for when we will see wearable computing? It’s still a long ways out in Valve time.

To be clear, this is R&D – it doesn’t in any way involve a product at this point, and won’t for a long while, if ever – so please, no rumors about Steam glasses being announced at E3. It’s an initial investigation into a very interesting and promising space, and falls more under the heading of research than development.

So, which will we see first? Valve augmented reality devices, or the stunning conclusion to Gordon Freeman’s story-arc? That is a bet that will require one heck of a patient bookie to make. 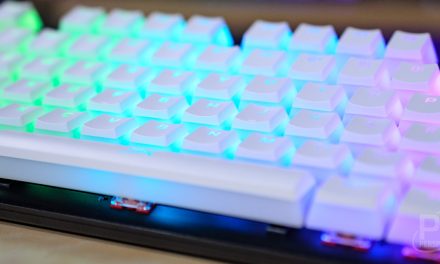 Use our forums as your pregame show

Where do we go now