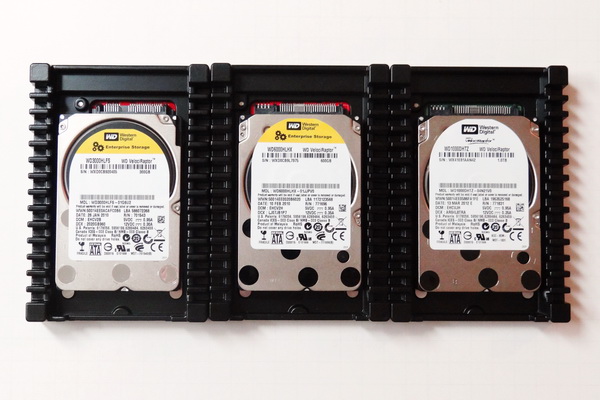 I initially had the X25-M included with the results, but they looked sort of funny since SSDs can scale wicked high in this test: 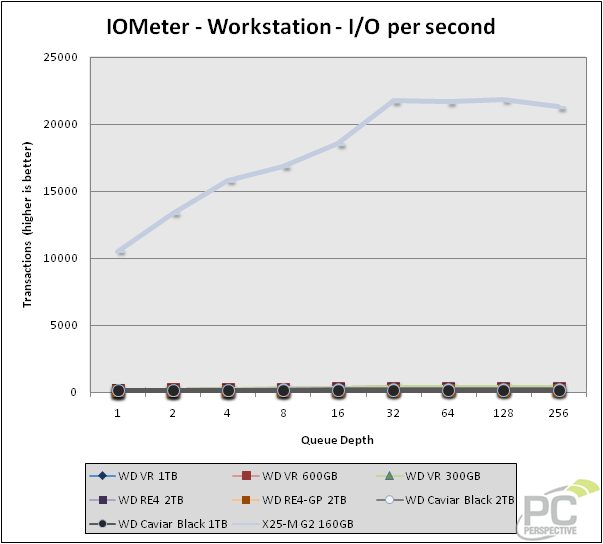 …so with those results removed we can see how the HDDs compare against eachother: 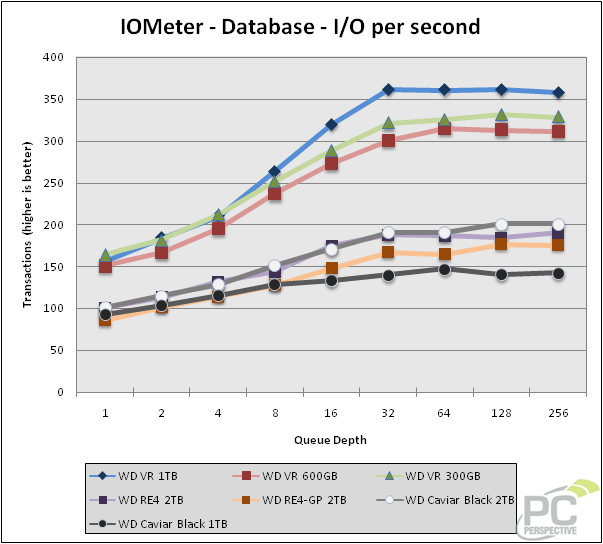 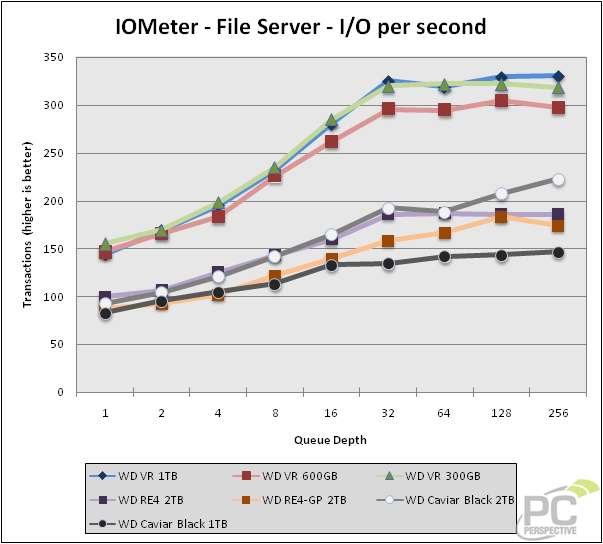 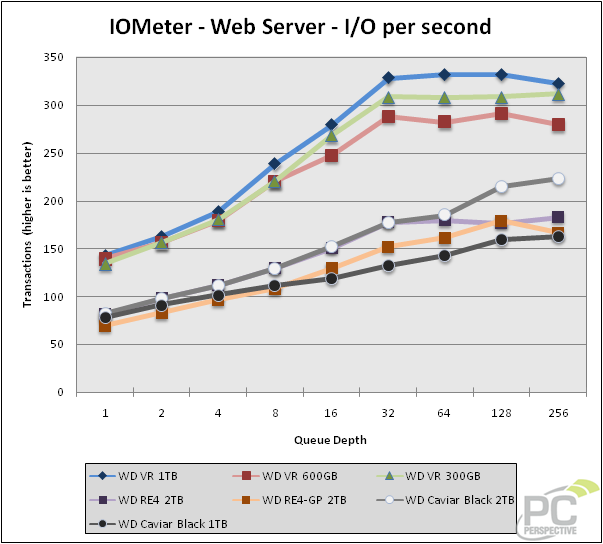 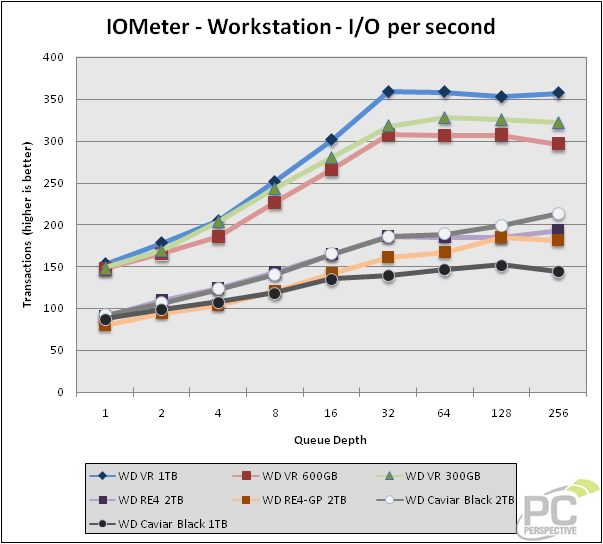 Light desktop usage sees QD figures between 1 and 4. Heavy / power user loads run at 8 and higher. Most SSD’s are not capable of effectively handling anything higher than QD=32, which explains the plateaus. Regarding why we use this test as opposed to single-tasker tests like 4KB random reads or 4KB random writes, well, computers are just not single taskers. Writes take place at the same time as reads. We call this mixed-mode testing, and while a given SSD comes with side-of-box specs that boast what it can do while being a uni-tasker, the tests above tend to paint a very different picture.

Now for the results. The new VelociRaptor continued to excel throughout. Be advised that if you perform this type of test on the new VelociRaptor, accesses *must* be 4K aligned (due to the advanced format employed by the drive). 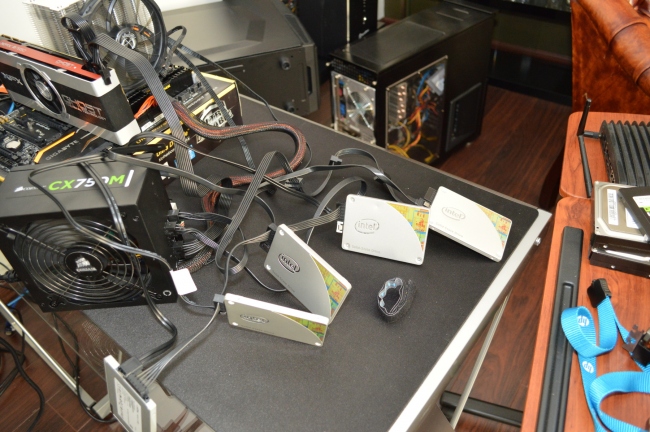 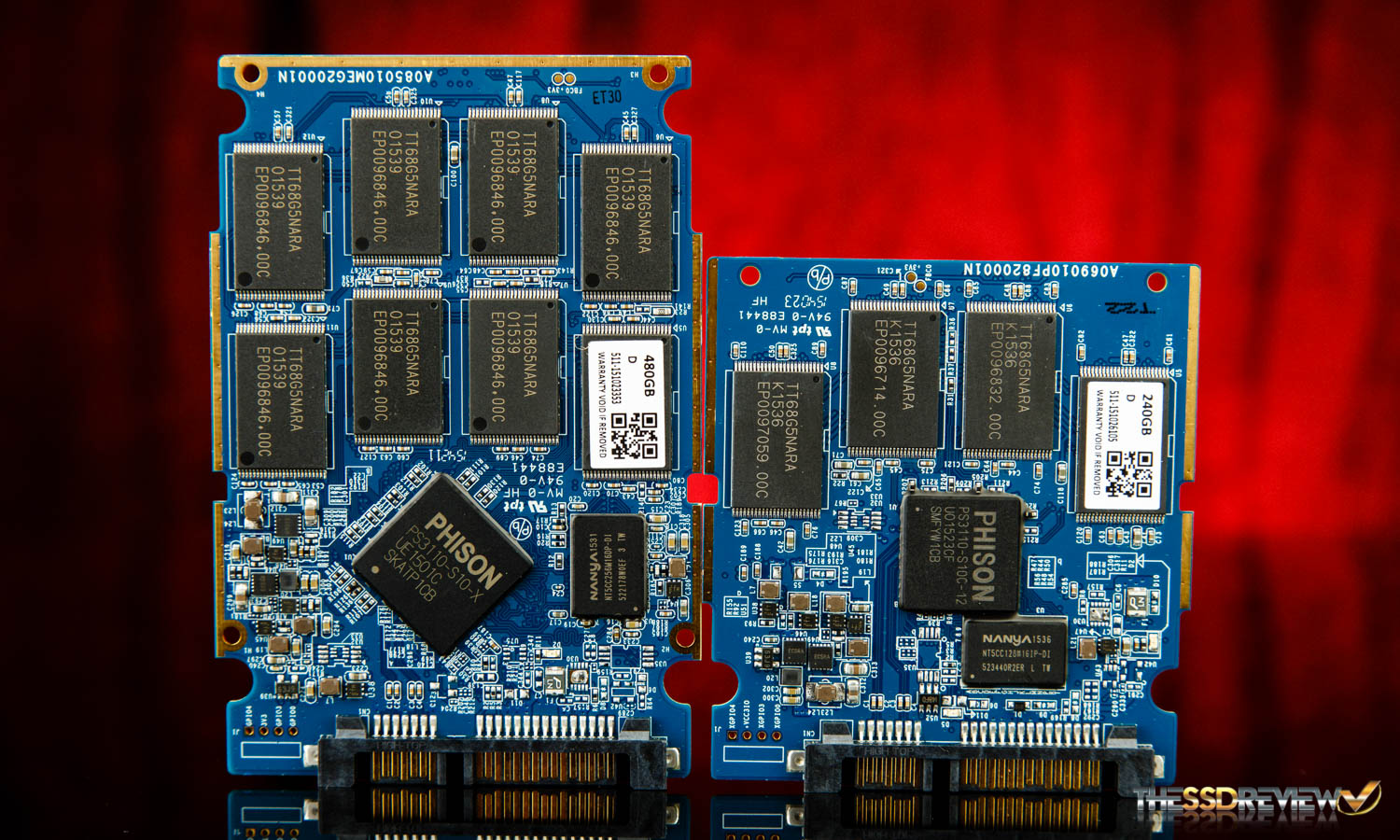