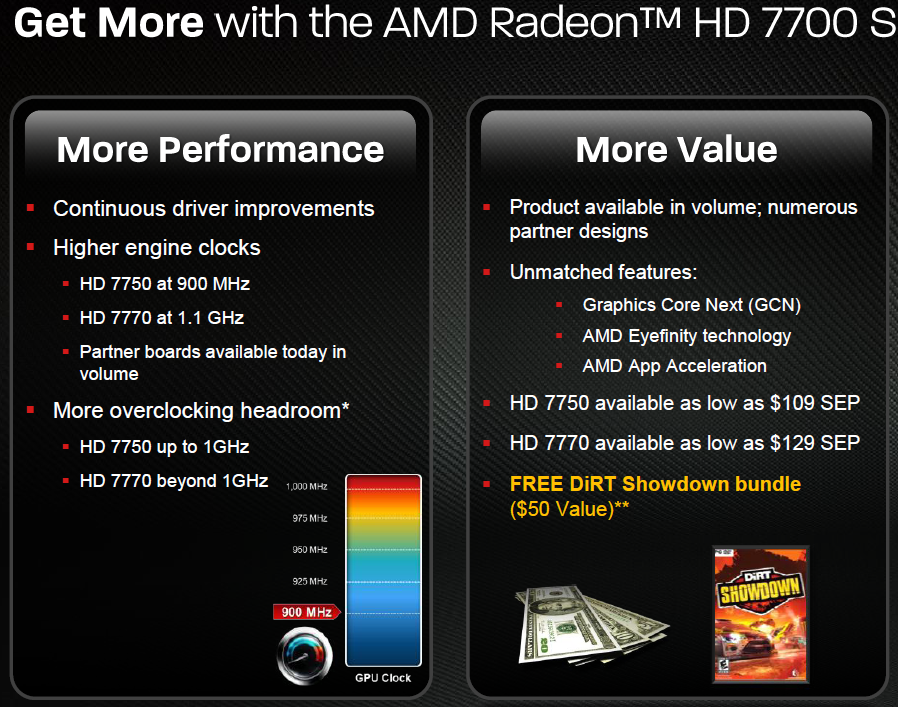 I just got off the phone with AMD this afternoon as they gave me a quick update on the status of Radeon PC gaming with some interesting news about the low-end HD 7700 cards and the world of Catalyst driver updates going into the future.

First up, there a few changes coming to gamers looking at cards in the Radeon HD 7770 series including higher base clocks, higher overclocking potential and the inclusion of a free copy of DiRT Showdown.  When the Cape Verde GPUs first launched in February the default clock speeds were 1.0 GHz on the HD 7770 and 800 MHz on the HD 7750.  Going ahead, the default clocks will be available to AICs at 1.1 GHz and 900 MHz, a 100 MHz clock speed jump for each.

Along with these base clock increases you’ll find that the Catalyst driver will allow you to push the clock speed up a bit higher as well.

Maybe more interesting than all that is many of the new SKUs will be including a free copy of the new DiRT Showdown, a value of $50 according to Steam today.  For a graphics card with a starting price of $109 or $129, a free copy of basically anything is a pretty sweet addition and should entice some people to make the move and upgrade from integrated graphics. 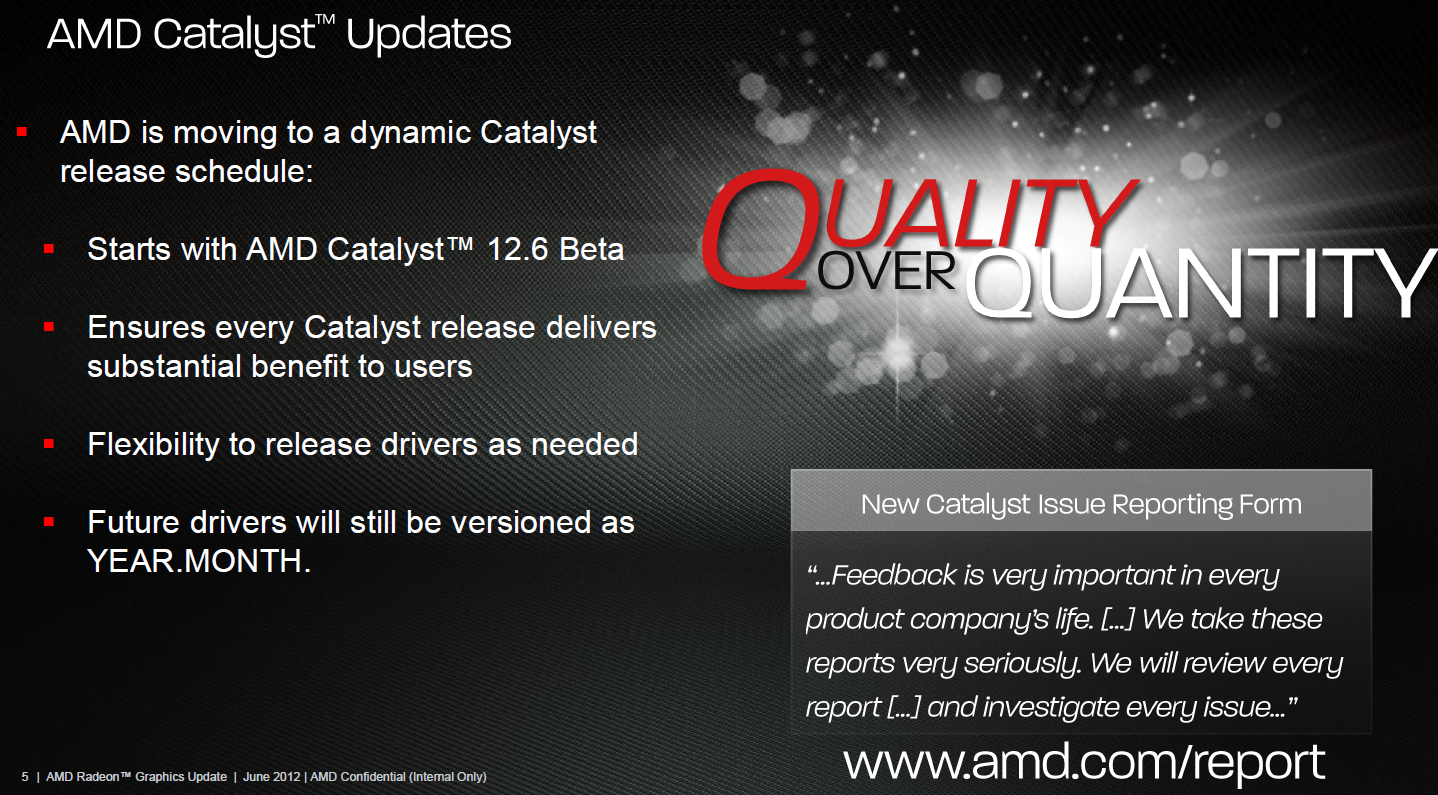 After that good news came some more INTERESTING news about changes to AMD’s driver organization going forward.  I have never been shy about sharing my disgust for some of the confusion that AMD’s driver numbering systems, in-between and dual releases caused not only reviewers but the consumers we represent.  In an attempt to prevent this again AMD is moving away from the fixed cadence of a monthly Catalyst driver release and instead will move to a "dynamic" schedule.

Starting with driver release 12.6, Catalyst drivers will be released in an on-demand format and will be posted when there is a need for it either with significant performance increases or the release of a new game, etc.  You can see above that they are hoping to make sure that each Catalyst release will "deliver substantial benefit" to consumers as opposed to the monthly releases that might only offer minor changes.

Here is where I think they are making a mistake: they are still going to be versioned as YEAR.MONTH so you’ll see 12.8, 12.11, 13.3, etc types of versions.  But what if you release more than one a month?  Are we going to 12.85?  12.8.1?  If you are skipping the monthly cadence then WHY BOTHER with the "year.month" nomenclature?  Just increase the version in arbitrary amounts like we see with NVIDIA’s drivers.  It just makes more sense.

Regardless, I am curious to see how much work AMD continues to put into their driver releases.  When I asked AMD is this meant they were scaling back on resources for the Catalyst team, I was assured that was NOT the case and in anything they were increasing staff in this area.  We’ll see over time if AMD’s new driver schedule (or lack thereof) benefits gamers.