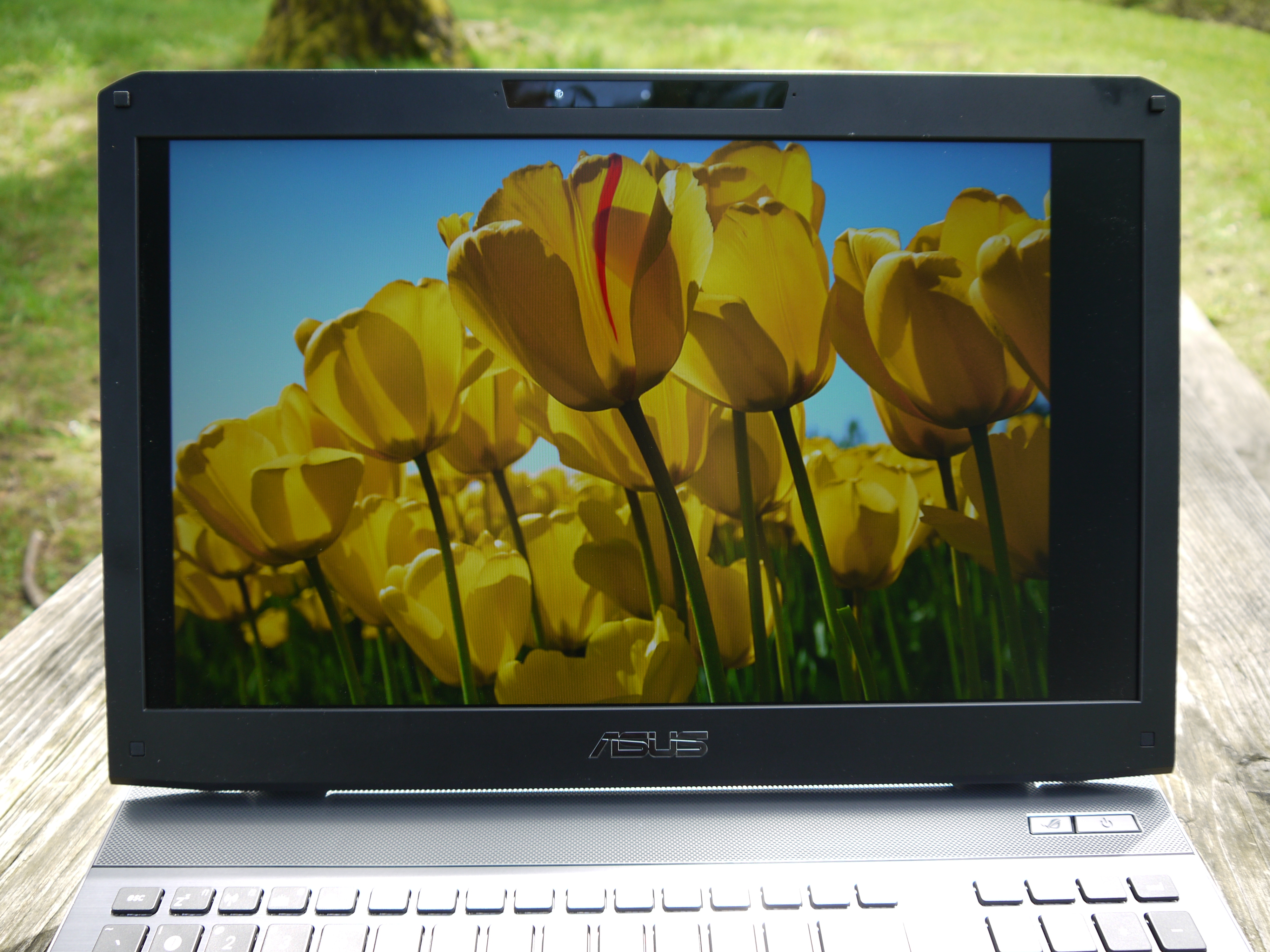 Like most gaming laptops, the G75V has an annoying glossy fin-oh, wait. It doesn’t.

Yes, ASUS has gone matte with this version, an unusual choice for any multimedia laptop and particularly unusual for a dedicated gaming system. The border of the display – like the rest of the laptop – is matte black rather than glossy. This ensures that reflections are entirely banished. A backlight of moderate strength would have worked as a result, but instead the display is extremely bright at its maximum setting. You could actually use this laptop in sunlight – if you felt like dragging it outside. 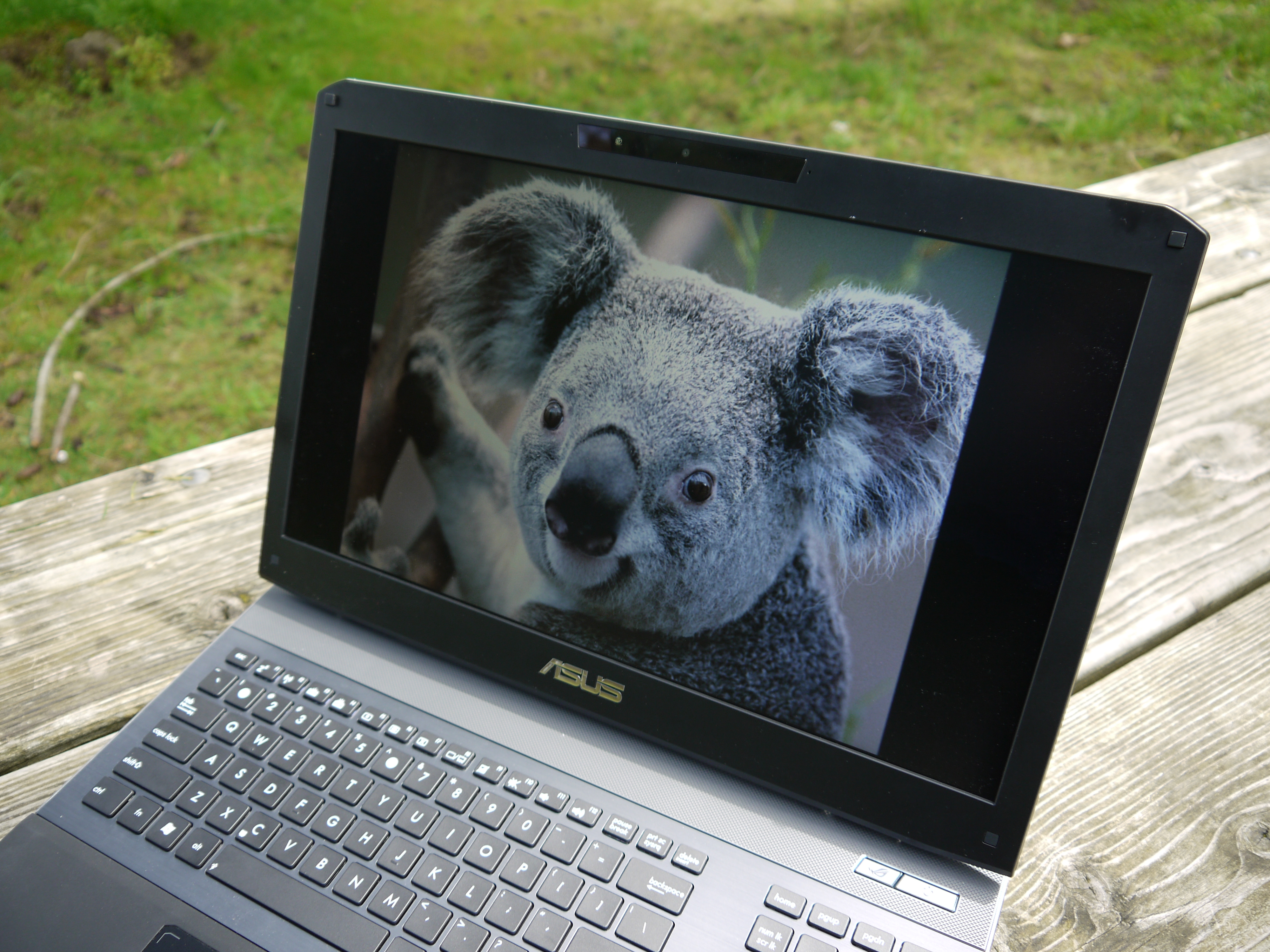 Matte coatings sometimes sap a display of its contrast, but that’s not the case here. Colors are brilliant and black levels are much better than average. The result is one of the best laptop displays we’ve ever tested. It’s much like the G74’s awesome 1080p panel, but with a matte coat instead of gloss. I’d need to see them side-by-side to judge which on is best but I doubt that anyone is going to be disappointed with either. 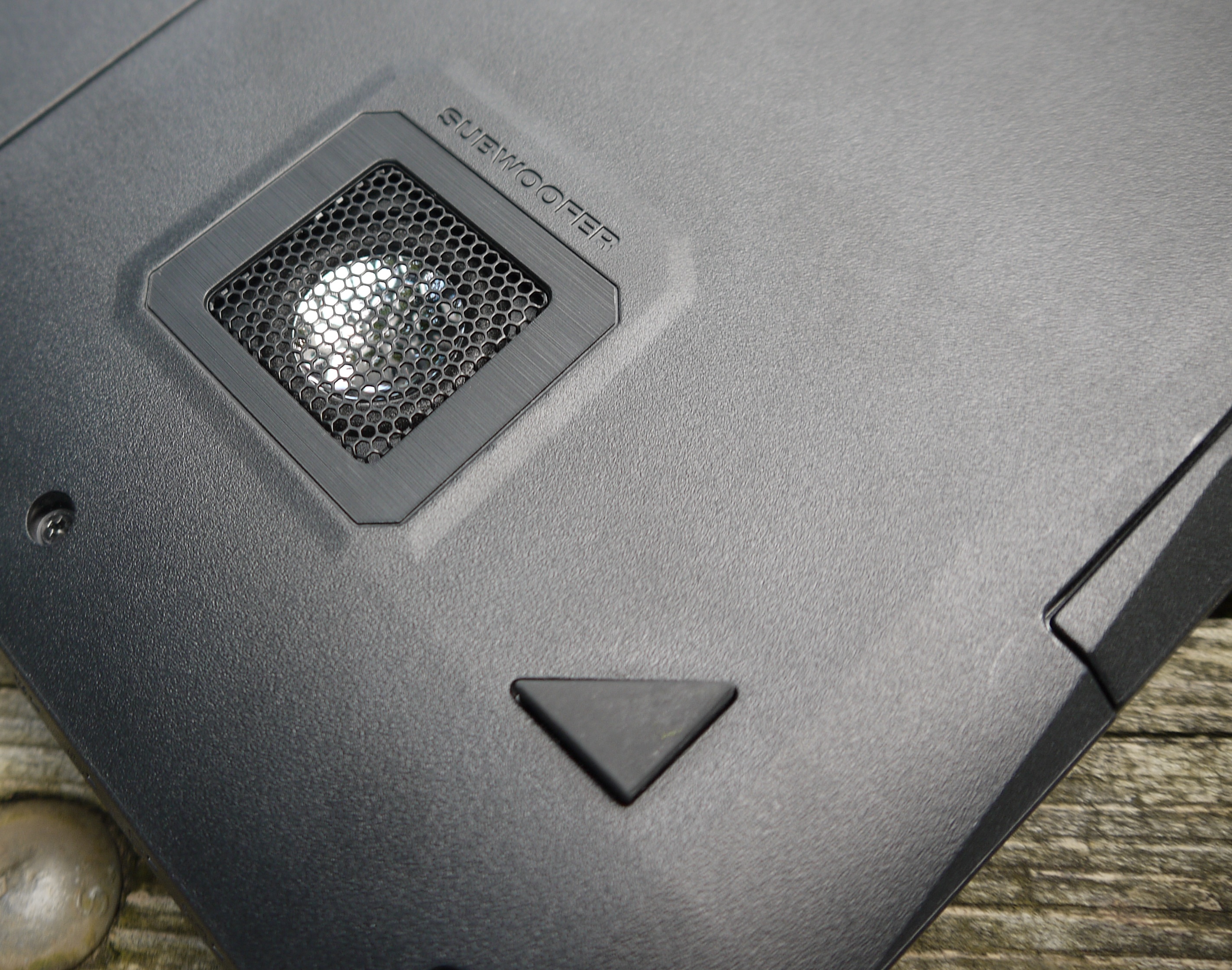 Sound quality is also excellent. Though thinner than the outgoing G74, this is still a big laptop with plenty of room for a sound system. The G75 is never as loud as you’d expect, but that has its advantages, as it ensures that distortion does not become a problem even when the laptop is turned up to 11. The only issue is a tendency for bass-heavy tracks to cause minor vibrations in the chassis itself, resulting in a distracting rattle at certain frequencies. 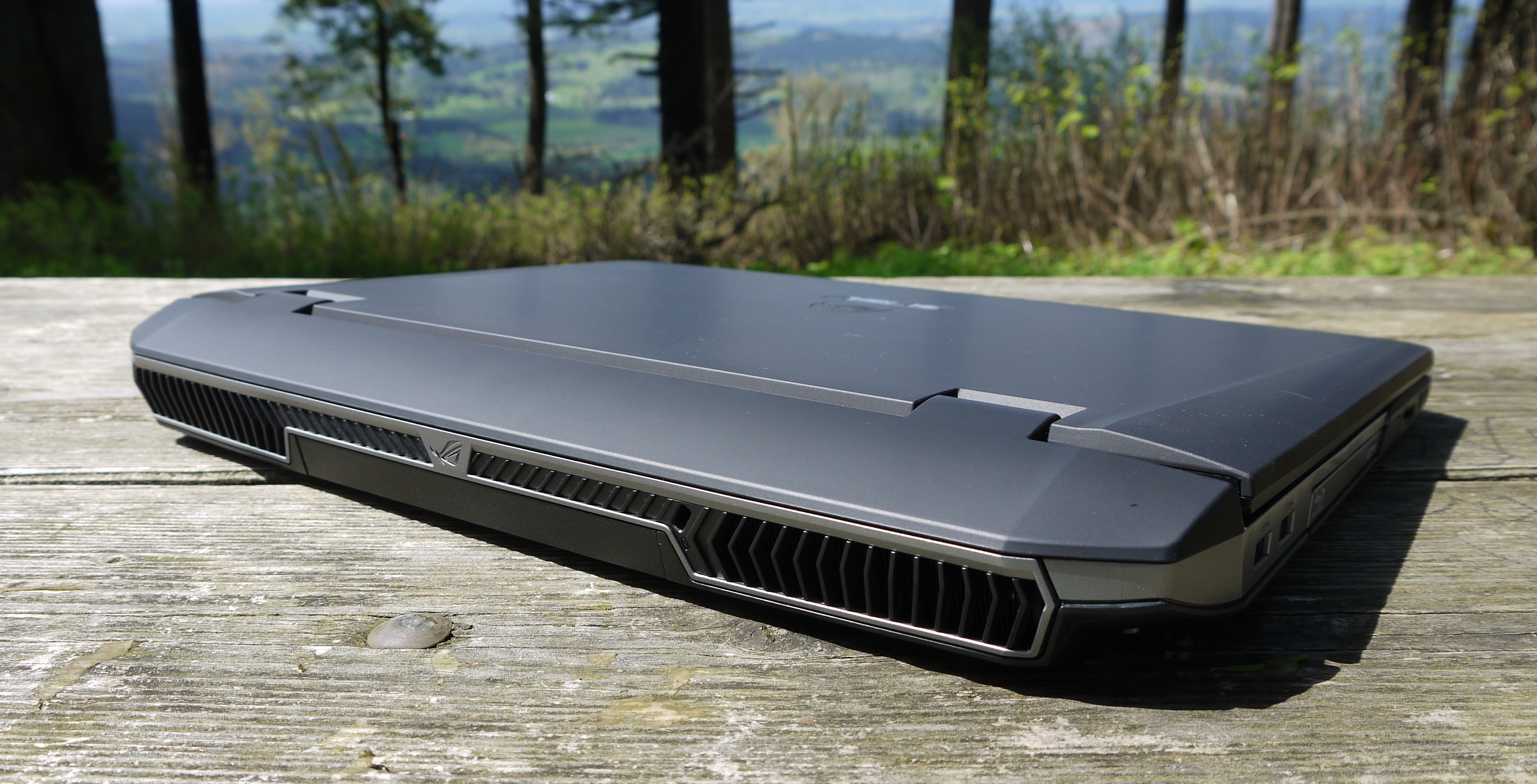 The G75’s massive cooling vents in the rear of the chassis hint at a beefy and noisy cooling system. As it turns out, only the former description is accurate. At idle this gaming laptop is a gentle giant, expelling little heat or noise. If you’re looking for a family desktop replacement that can also game this product just might fit the bill, as it easily blends in to a quiet office or living room environment.

Even gaming at times seems to barely stress the cooling capabilities of this laptop. During our benchmarking of 3D games it is common for a gaming laptop’s fans to go into crisis mode, spinning for all their worth and creating a torrent of noise in the process. That’s not often the case here. Gaming usually results in only moderate fan noise – noticeable, to be sure, but more than tolerable.

Temperature readings were also moderate. Technically the chassis can become as hot as 130 degrees Celsius, but this was taken from the exhaust vents directly – an area which, due to their excellent location, will almost never be touched by the user. The bottom of the laptop never went higher than 98 degrees and the keyboard topped out at 94 degrees. So long as you keep the large rear exhausts free from obstruction the G75 is a cool customer.

As mentioned, this laptop is thin for a full-sized gaming laptop. This does not mean it is easy to move, however. It weighs in at 9.47 pounds, which means it is in the same ballpark as the outgoing G74. It’s also still a 17.3” laptop, so the footprint is huge. You won’t be able to fit this laptop into a standard messenger bag – you’ll need a large backpack to accommodate it.

Although battery life is rarely a priority for a gaming laptop, recent gaming laptops have proven to offer at least adequate time away from a wall socket. That’s a great development which, unfortunately, this particular G75 seems to reverse. 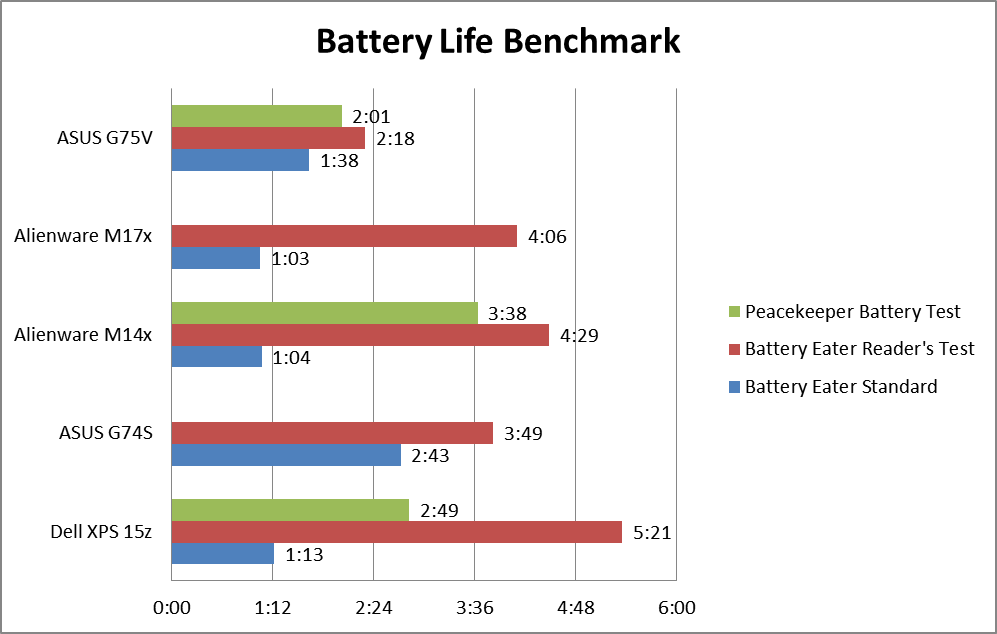 What’s the problem? 3D. Optimus is not compatible with 3D on any of its parts. As a result this laptop spends all of its time with the GTX 670 fully engaged, which absolutely murders battery life. It’s a return to the bad-old-days of gaming laptops.

You can solve the problem by not buying the 3D panel, a move that will save you money as well. The battery in this laptop is a massive 74Wh unit which, with Optimus available, is likely to result in four to five hours of real-world use.

ASUS has always done a decent job of keeping bloatware to a minimum, and the G75 is not exception. When we received it the desktop was clean with the exception of two widgets, one of which displays CPU clock speed when Turbo Boost is activated, while the other controls a “Smart Login” feature which assists with Intel Instant On. Neither is distracting.

The only problem is the typical one – the pre-installed anti-virus. ASUS ships this laptop with Trend Micro, one of my least favorite solutions, though it actually seems a bit less aggressive about promoting itself than McAfee or Norton. You’ll likely want to get rid of it and install the anti-virus of your choice, but that’s all the post-purchase cleaning that’s needed. 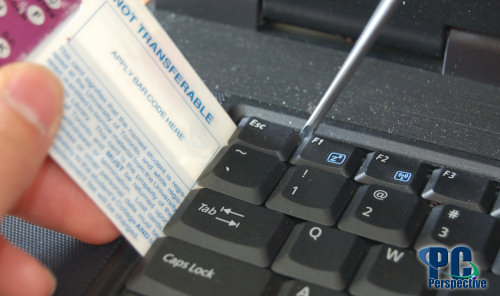