38 Studios, developer of Kingdoms of Amalur, has laid off their entire payroll of 379 staffers to pay off outstanding loans to the state of Rhode Island. The game sold 1.3 million copies in its first three months which is great but far short of the 3 million units required to pull a profit.

Kingdoms of Amalur was hotly anticipated and sold decently — but just not decently enough.

Critics were somewhat positive about the quality of Reckoning and sales were likewise good. The game sold 1.3 million units in its first 90 days which is quite effective for the start of a franchise. Unfortunately finances were much tighter than the developer let on as sales were under half of where they needed to be. While they were able to make the $1.125 million loan payment to the state they were unable to do so while also paying their staff. All 379 were let go from the company.

3 million units sold was pretty unreasonably optimistic for an expectation…

Alex Rubens of G4 and PC World has set up a public Google doc for those who were employed at 38 Studios to find potential new employers. Despite some vandalism it is still maintained by the original author albeit read-only for the rest of us.

As for the committee in charge of granting the loan to 38 Studios: two of the twelve members have resigned recently including the Vice Chairwoman Helena Foulkes who resigned under advice from the Governor. I personally tend to be forgiving of mistakes and would not desire for someone to be forced to leave after a single error unless it was malicious or negligent. And even if you disagree with my statement — Foulkes was hired after the deal and thus was not even involved.

Oh well — politics is as politics does. It looks better to have someone lose their job than to solve problems.

The sky is not the limit with IPv4 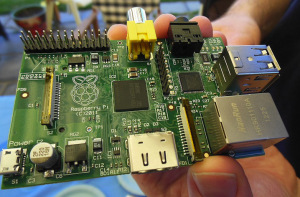 Build your own Pi in the sky; Raspberry flavoured clouds