If the netbook was a shooting star, the nettop was an asteroid that never quite entered our atmosphere. Instead it flew silently by, noted by NASA, written about in a handful of articles, and now forgotten.

That doesn’t mean it has ceased to exist, however. It’s still out there, floating in space – and it occasionally swings back around for an encore. So we have the Lenovo IdeaCentre Q180.

Of course, simply advertising a small computer as – well, a small computer – isn’t particularly sexy. The Q180 is instead being sold not just as general-purpose laptop but also as a media center (with optional Blu-Ray, not found on our review unit). There’s no doubting the demand for this, but so far, attempts to make PC-based media center computers have not done well – even Boxee, with its custom Linux-based operating system, was fussy. Can the Q180 succeed where others have stumbled? Let’s start with the specs.

It’s been awhile since we tested anything Atom. Since our last look at this line of processors, Intel has updated to the code-name Cedertrail processors, allowing for higher clock speeds. The 2.13 GHz dual-core Atom D2700 looks quite robust in print. But this still the same old architecture, so per-clock performance doesn’t come close to Intel’s Pentium and Core processors.

Also included in AMD’s Radeon HD 6450A, a version of the HD 6450 built for small systems that don’t have room for a typical PCIe graphics card. This makes up for the fact that all Atom processors are still using hopelessly outdated Intel Media Accelerator graphics, which is entirely unsuitable for HD video.

As with other small systems, there’s not much room for customization in the Q180. Our review unit is a mid-range model with an upgraded 500GB hard drive. Though the MSRP is $479, it is often on sale for under $400.

That’s inexpensive, but it’s not hard to find an Intel Pentium desktop for the same price. Size is part of what you’re paying for, so the Q180 will have to prove that it can serve as a solid media center and a decent day-to-day computer if it’s to compete with larger, more powerful systems. 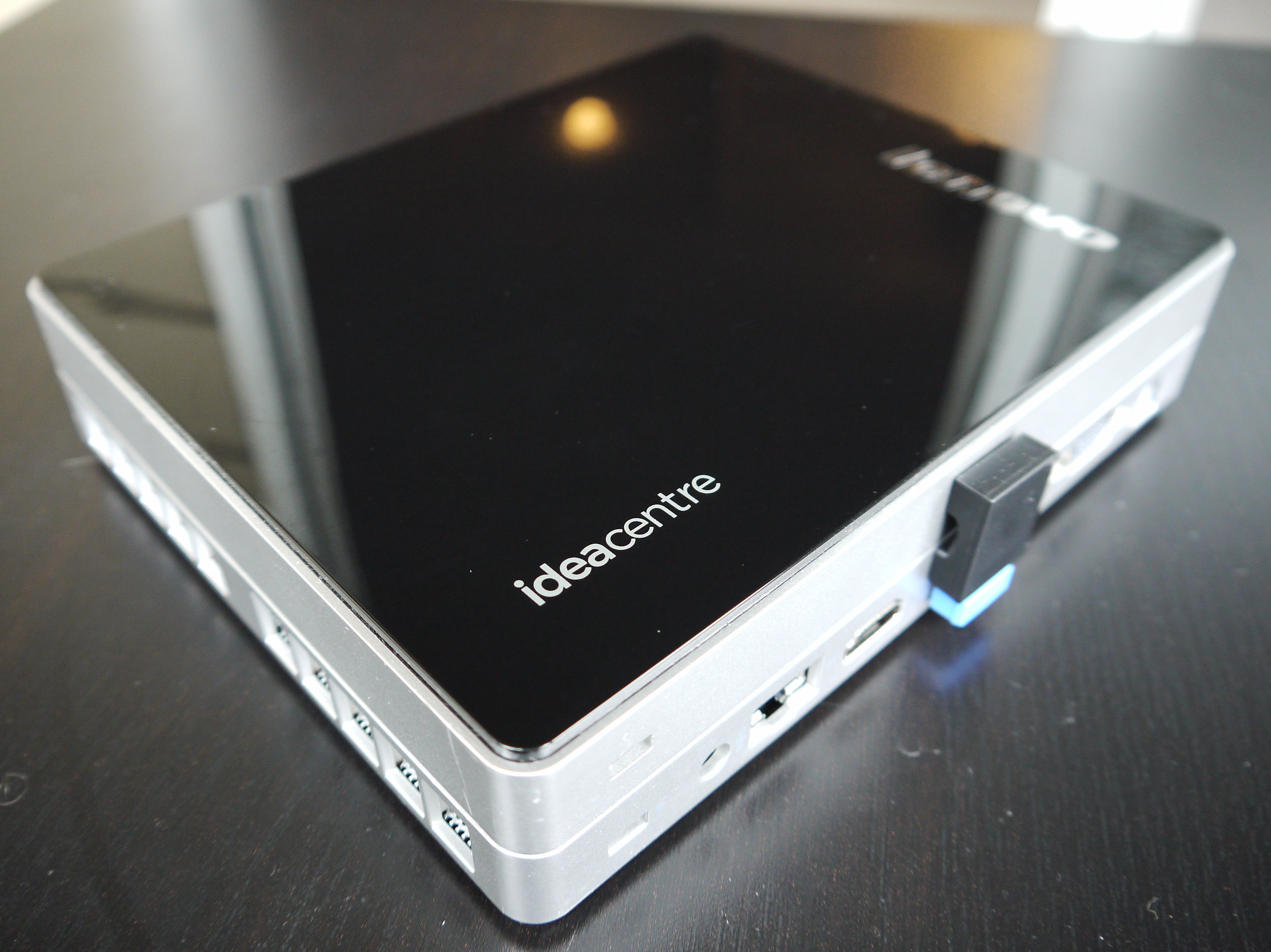 Lenovo claims that the Lenovo Q180 is the world’s smallest fully functioning desktop. The words “fully functional” are vague enough to provide marketing wiggle room, but whatever the exact dimensions or their ranking against other computers, the Q180 is indisputably small. Alone, the enclosure is a tad less than an inch thick – paired with the optical drive its about 1.5 inches thick.

Such a small size doesn’t leave much room for design. Black glossy surfaces with silver trim dominate the exterior, and though it won’t turn any heads, it’s handsome enough. It’s also rather subdued, which is important for this kind of PC. The inconspicuous nature of this computer is a selling point.

Though the computer and the optical drive are separate units, they are not bound together loosely. On the contrary, attempting to remove the optional drive is nearly impossible, requiring such for that you feel sure you’ll snap it off (Lenovo tells me the optical drive, though technically detachable, isn’t meant to be removed.)

Anyone worrying that the optical drive will feel like a cheap add-on should rest assured that’s not the case, but it seems odd that Lenovo would include the optical drive as a separate-yet-not-really-detachable unit. Besides being strange, there’s another disadvantage. The optical drive connects via an external USB adapter, eating up one of the system’s ports.

That oddity aside, the Q180 really feels like a little brick when you pick it up. One potential weak point is the plastic port cover on the front of the laptop, which is secured by flexible plastic bands. Lenovo at least had the courtesy to use two pairs of bands instead of one, however, and the cover remains absolutely secure until the user purposely pulls it off. I suspect that Lenovo is using small magnets to aid in keeping it secure. 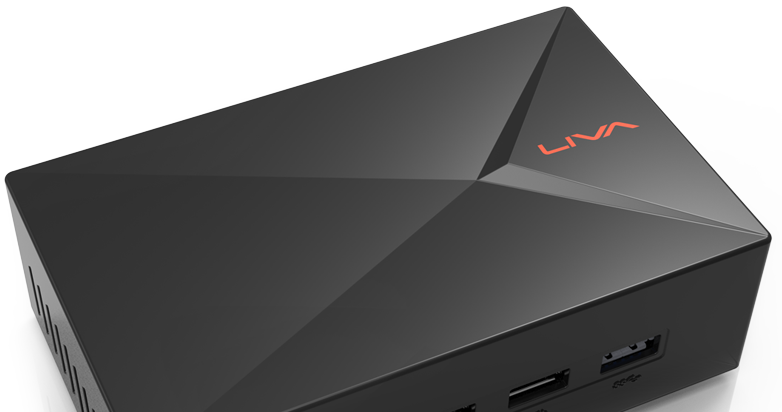 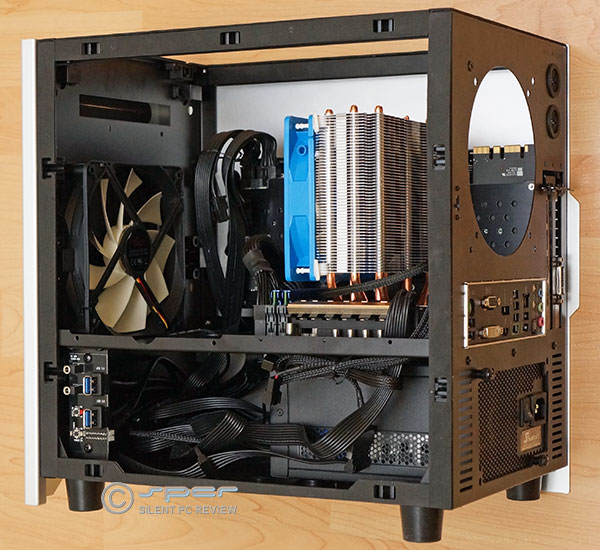 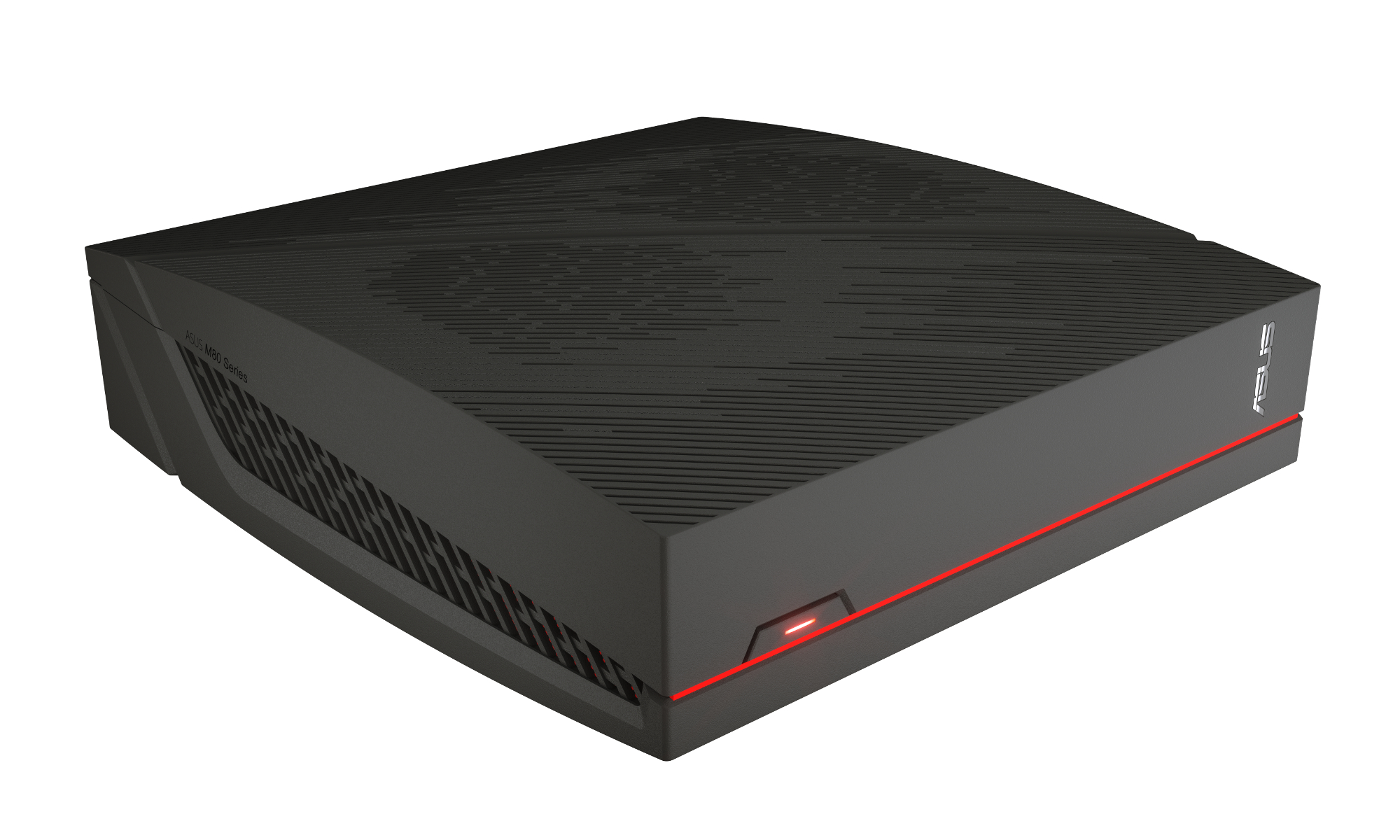